Reliably delivering around half a million litres of diesel every day to outback Queensland customers requires more than the best equipment and good management. We sent Howard Shanks to the coal fields in Queensland’s Bowen Basin to find out how K&S Energy’s Driver Coaching program is driving profit and safety. 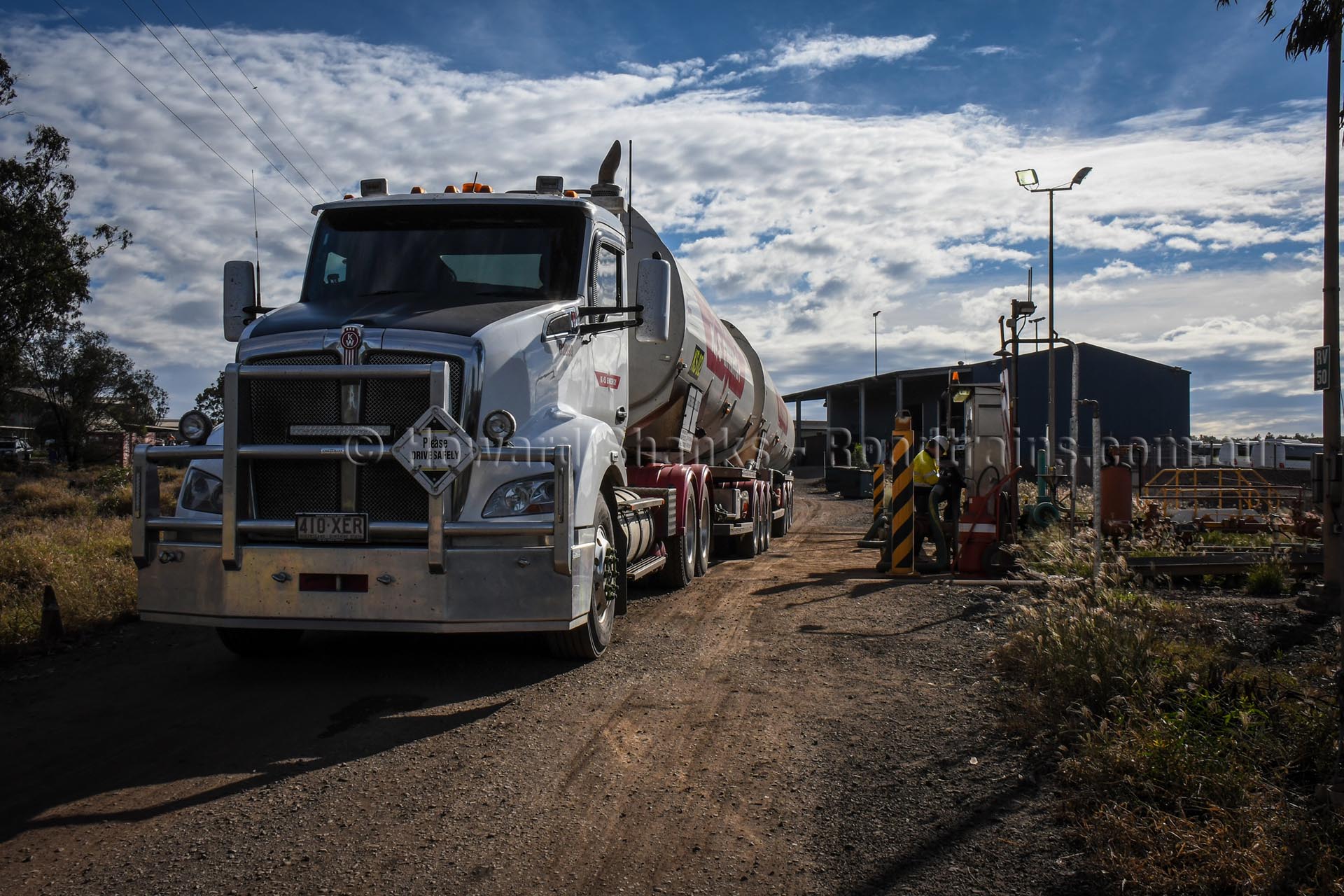 “The Kenworth T610 and B-double combinations combined with the driver coaching we are seeing a ten per cent saving in fuel,” Darryl revealed.

Most of Mackay is still sleeping when the elevator bell, dings its arrival at the fifth floor of the inner-city motel a little after 3.30 in the morning. K&S Energy’s QLD Driver Assessor-Trainer, Darryl Menzies, steps into the elevator and pushes the button for the ground floor.

On the short drive to their North Mackay depot, Darryl explained that although their operations in Gladstone and Mackay predominantly service mining customers, meanwhile a large portion of the business also deliver fuels to both city and rural service stations as well. 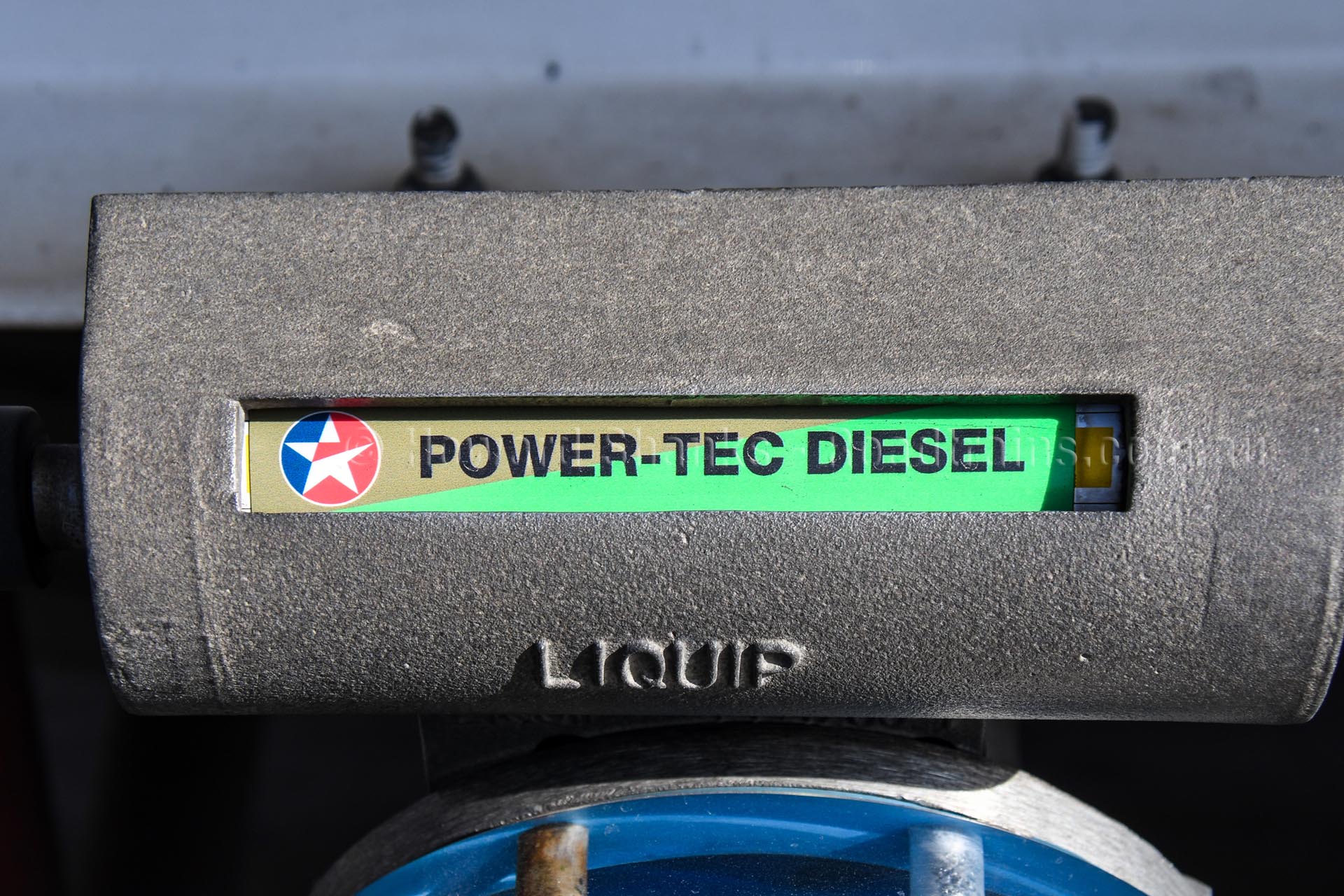 Half a Million Litres per Day

“Our trucks will deliver approximately 400,000 litres of diesel into the Goonyella Riverside Mine today,” Darryl said. “That’s where we are headed this morning, however when they (Goonyella) get busy that figure can go as high as half a million litres per day.”

The Goonyella Riverside mine is one of seven BMA mines in Central Queensland that produces approximately 11 million tonnes of coking coal annually. Which is transported via rail to the ports of Hay Point and Dalrymple Bay for export to over 78 customers in 28 countries.

To understand how the mine consumes such a large quantity of diesel, a quick flick through the Caterpillar performance book, which is predominately used for job costing estimation, (edition 38 – for the diehard trainspotters), reveals that a Caterpillar 789C, which is a mid-range rear dump truck with approximately a 170-ton payload, will consume 70-106 litres per hour under low load to 142-180 litres per hour under high load.

Therefore, one of these massive machines will easily devour approximately 1800 litres per 12-hour shift, the bigger 350 ton machines even more. At the time of writing, the mine supervisor said he could see 36 of these large rear-end dump trucks operating on his screen and that didn’t include the contractor’s vehicles. It’s little wonder then that K&S Energy has a steady stream of B-Double tankers feeding the massive diesel storage tanks at Goonyella Riverside Mine. 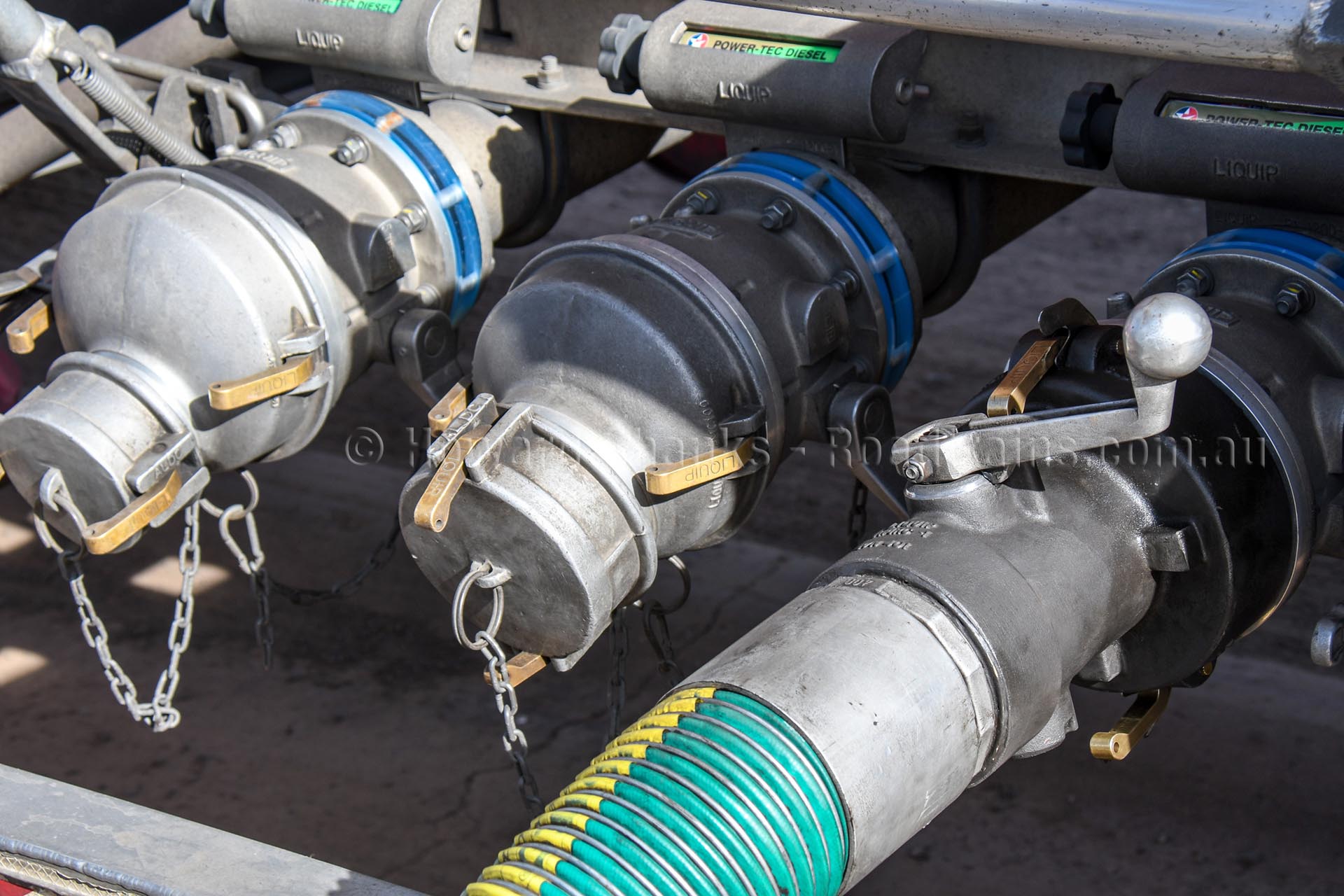 At the depot, Todd Taylor, driver trainer for the Mackay operation, had checked over the Kenworth T610 and loaded the tankers with approximately 50,000 litres of diesel ready for the 230-kilometre early morning run west to the Goonyella Riverside Mine.

Darryl’s role is a multifaceted one, where he conducts training for all new drivers entering the company to ensure they are competent in all the aspects of the operation before being allowed to perform fuel deliveries solo. Another aspect is to audit drivers to ensure that all procedures are followed as well as provide training on any updates to procedures as they arise.

Today, he was providing procedure updates to Todd as well as coaching guidance, so that Todd can pass this knowledge on to others in Mackay operation.

“Over the past decade, the technology that is in trucks has taken a quantum leap forward,” Darryl explained. “Look around our yard here and you’ll quickly see that the average age of our drivers is well into the mid-fifties. Overall, they are pretty good drivers, but you have to remember that trucks were operated entirely different back when most of these guys commenced their driving career.”

“However, if they drive one of these new T610’s like the trucks they drove a few decades ago then we wouldn’t be able to get the economic benefits of the new technology in these vehicles,” Darryl revealed. “So, while I’m out doing audits and providing training, I’m also delivering driver coaching as well.”

“Driver coaching differs somewhat from driver training in that it provides ongoing support to the driver regularly to help them understand the new technologies and develop better driving and work practices that promote reduced fuel usage with more economical use of the vehicle with fewer driver errors,” Darryl explained. 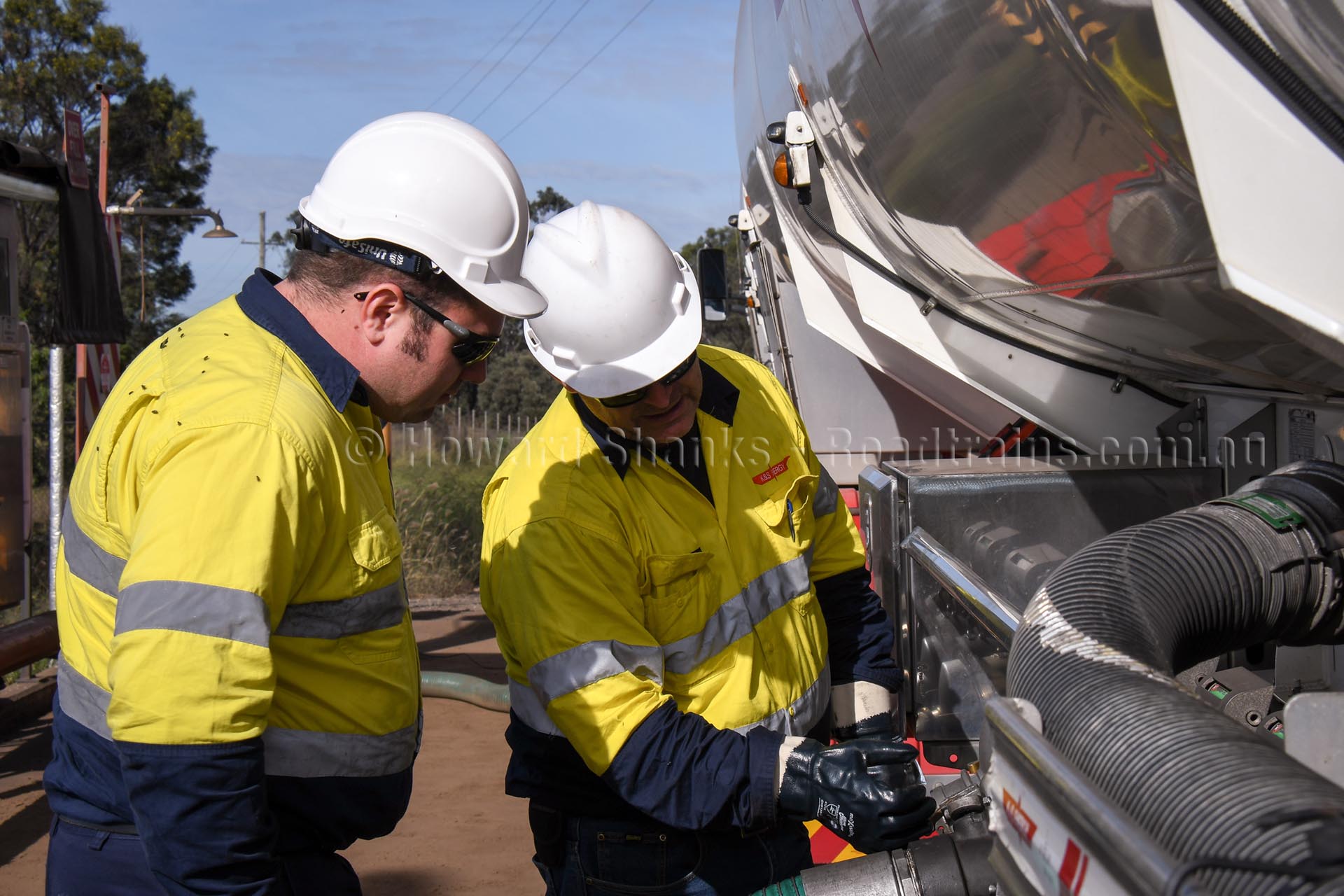 “Driver Coaching is the way of the future if we want to remain profitable,” Darryl explains.

Darryl concedes that careless mistakes are an unnecessary cost to any transport company and in most cases, can be avoided simply by taking more care when performing the tasks.

“In some cases, these careless mistakes can cost a transport company as much as ten per cent per month,” Darryl said. “Thankfully in our company this is not the case as it is something that we monitor and work closely with our drivers to ensure that this kept to a minimum.”

“You only have to watch some of the clowns on “Outback Truckers” to see how quickly careless mistakes cost a trucking company money,” I mused.

“Fuel at 35 per cent is our next biggest cost followed by finance at 25 per cent then salaries, tyres, R&M and admin,” Darryl continued. “You can see that if we can shave a few per cent of our fuel costs that is big saving off our operating costs when compared to the other operating cost in the pie.”

Darryl believes that with the correct specification, driver training, coaching, and maintenance, it is possible to not only reach but exceed the common fleet target value, which is the where we start to realise our biggest savings. 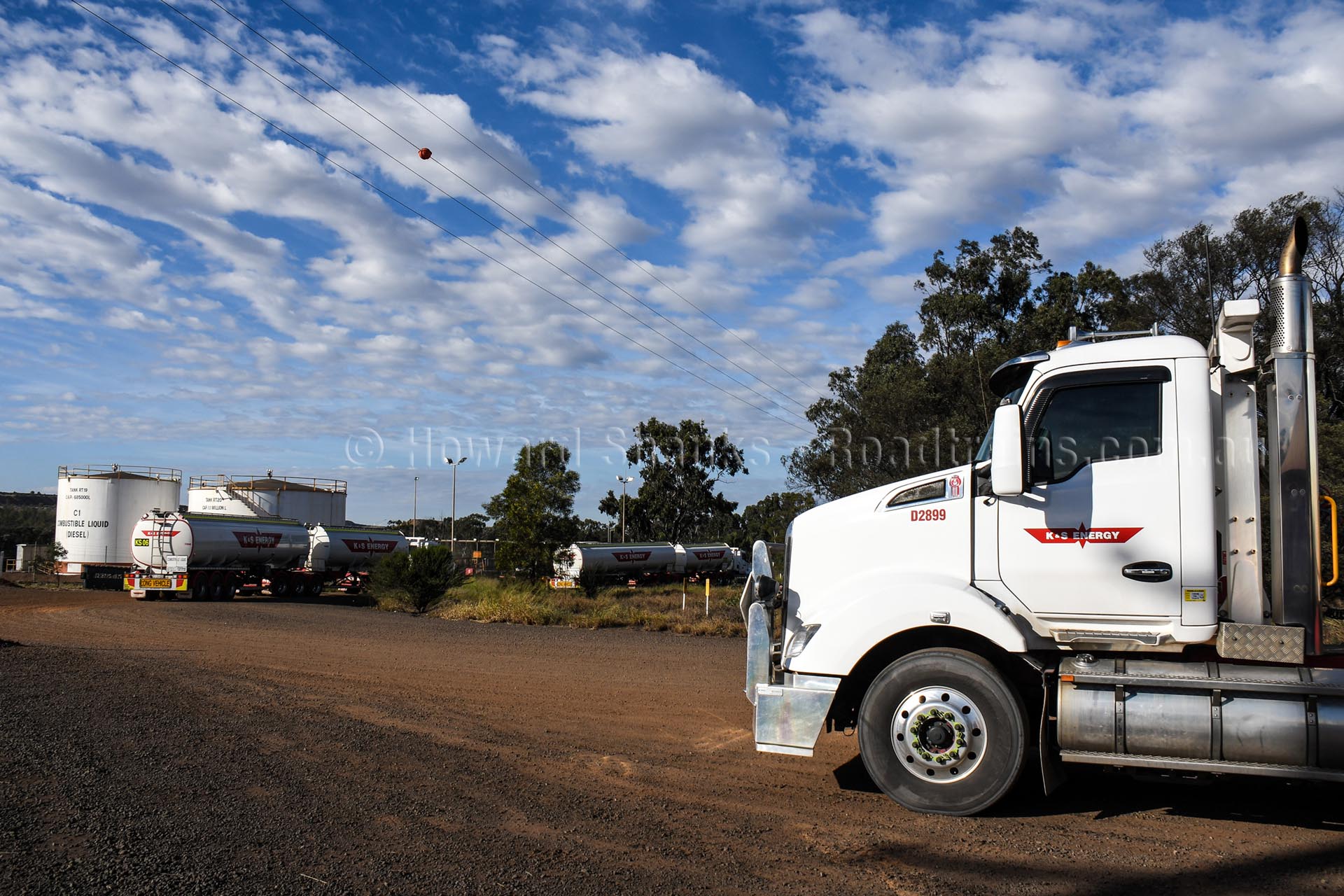 At the time of writing, these Kenworth 610 B-Doubles had clocked up an average 400,000 trouble-free kilometres and work around the clock with two drivers doing 12-hour shifts each

“These new Kenworth T610s with the Cummins X15, ADEPT and the Ultrashift are really cutting edge machines that tick all the boxes for the correct specification for optimum economy and payload advantage in our operation,” Darryl said.

“The next step is to fine-tune our driver training and coaching,” Darryl continued. “If we get our drivers operating the equipment efficiently we see a comparative reduction in our repair and maintenance costs.

“We start with a reference value of what the vehicle is currently recording – the average fuel consumption and other parameters are recorded, such as harsh braking, harsh acceleration, idling time, driving outside the green band and coasting. Typically, we find these parameters will be quite high before the training and coaching development starts,” Darryl revealed.

“Take idling time for instance. At idle (600RPM) the Cummins X15 uses 1.8-2.2 litres per hour. Tap the cruise control button and bump the engine up to fast idle and the usage rises to 3.9-4.2 litres per hour. So, if we have a driver who pulls up at a roadhouse for their half-hour fatigue break and sets the fast idle going while they’re in the roadhouse for 30 minutes they have burnt approximately two litres of diesel for that period. That is roughly $3 worth of fuel. They will do that in the yard while they get ready and multiply that by two fatigue breaks all of a sudden it has cost us $9 per shift just in idle time. Add that up over the number of trucks in our fleet and the final number is a significant figure.” 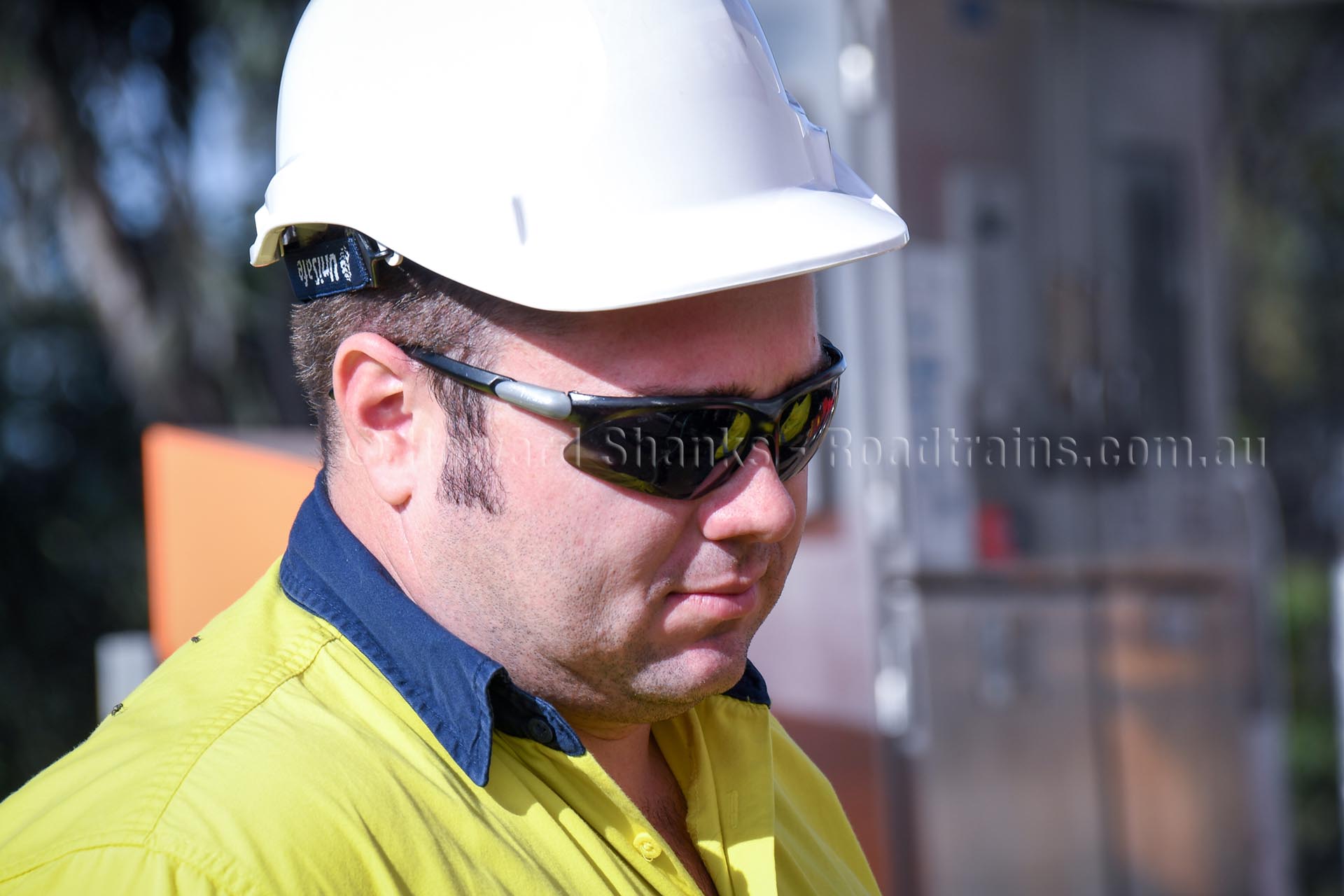 “With the Cummins, ADEPT equipped T610s we get free kilometres when the truck is coasting,” Darryl explained. “We spend time explaining how this works and going with the drivers to teach them how to get the maximum amount of coasting. It’s all about encouraging the drivers to get as many free kilometres as possible.”

Anticipation is another area that Darryl works on if we can get our drivers to better anticipate what is going to happen, for instance getting off the throttle a little earlier approaching corners and roundabouts so they don’t need to stand on the brakes is another big saving. “It cost roughly, $15,000 to reline the brakes in one of our B-Double,” Darryl added. 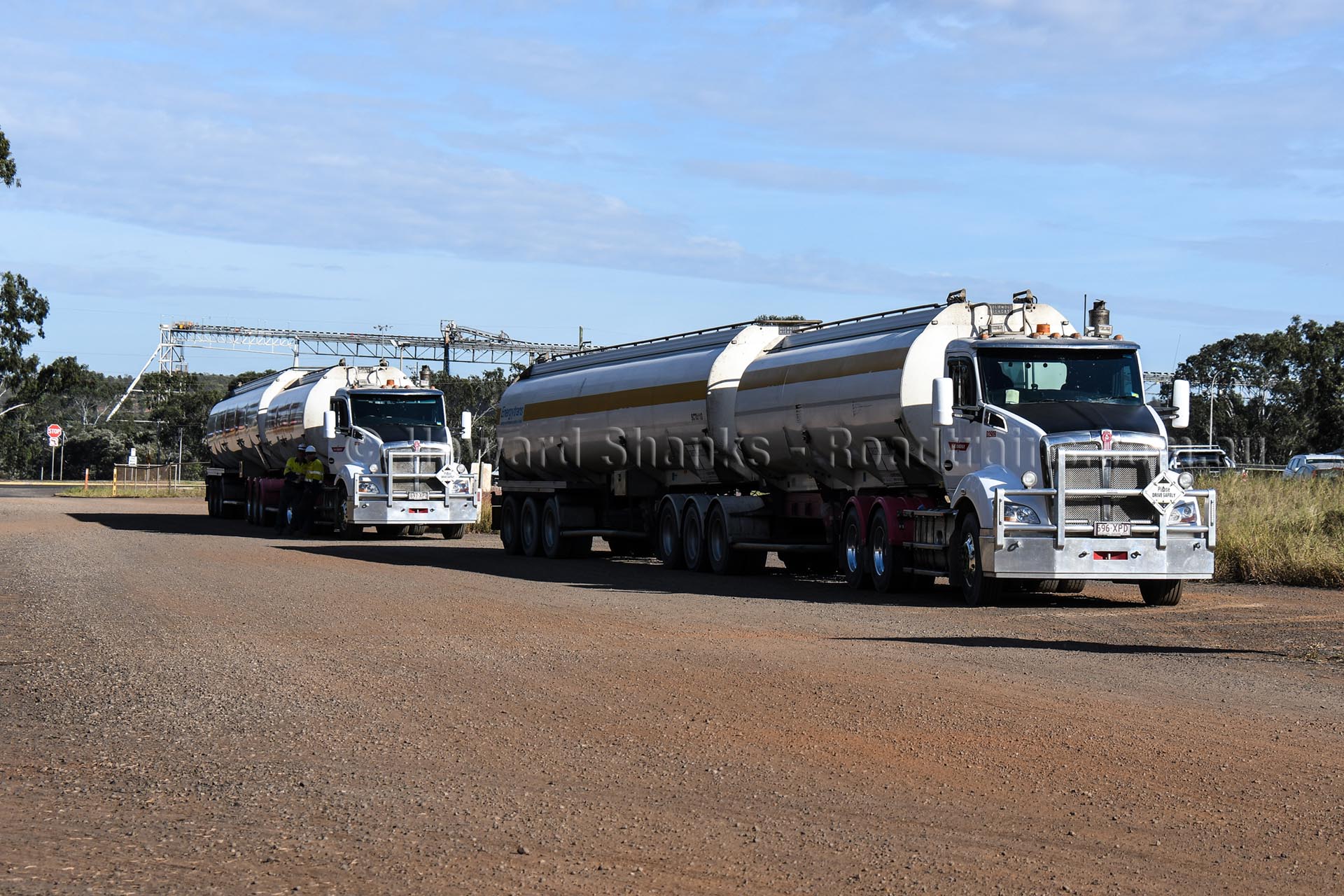 “On top of the fuel-saving we also save on R&M and get increased vehicle utilisation as the trucks are lasting longer with fewer breakdowns,” He added.

“Remember these savings are just based on the Mackay operation,” Darryl said. “It becomes even more significant when you start adding up the savings that can be realised over all our depots. Sadly, however, not all our operations run these state of the art Kenworth T610s so the challenge is considerably harder in some areas to achieve the same results.”

When asked if he has plans to achieve even more economy and how he’ll go about it, Darryl was quick to add that to advance to the next level, he can see that a realistic driver reward system will need to be introduced because it is the driver who has the biggest influence and who is making the biggest effort so they should be rewarded for their efforts he said.

“The other aspect we will look at is fine-tuning the vehicle spec even further to best suit each job,” Darryl said. “At the moment, our current truck spec is broad which enables trucks to be moved throughout the fleet based on vehicle demand. Although out here in western Queensland the new gear down specking might help shave few additional per cent off the fuel but only time will tell how that will go.” 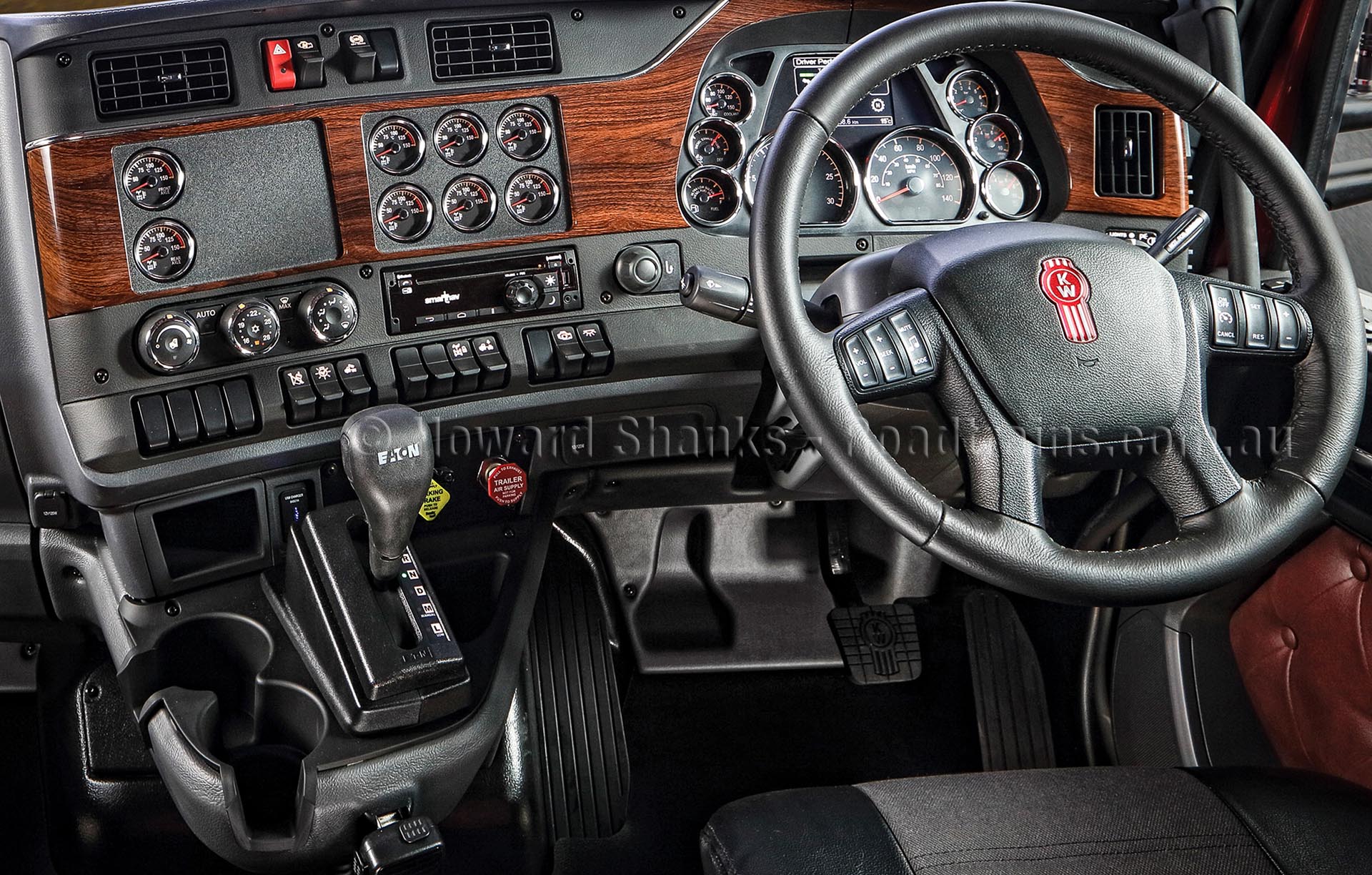 Way of the Future

At the time of writing, these Kenworth 610 B-Doubles had clocked up an average 400,000 trouble-free kilometres and work around the clock with two drivers doing 12-hour shifts each.

“Driver Coaching is the way of the future if we want to remain profitable,” Darryl concluded. “We invest a lot in driver coaching and training to ensure our staff are highly skilled and the business unit is operating safely and sustainable going forward.”

How to operate tandem drive Power Divider and Diff Locks

How to Couple and Uncouple a Fifth Wheel

How to Drive an Eaton Ultrashift transmission

How to change 10-stud truck wheels

How to reverse a B-Double