How to Couple and Uncouple a Fifth Wheel 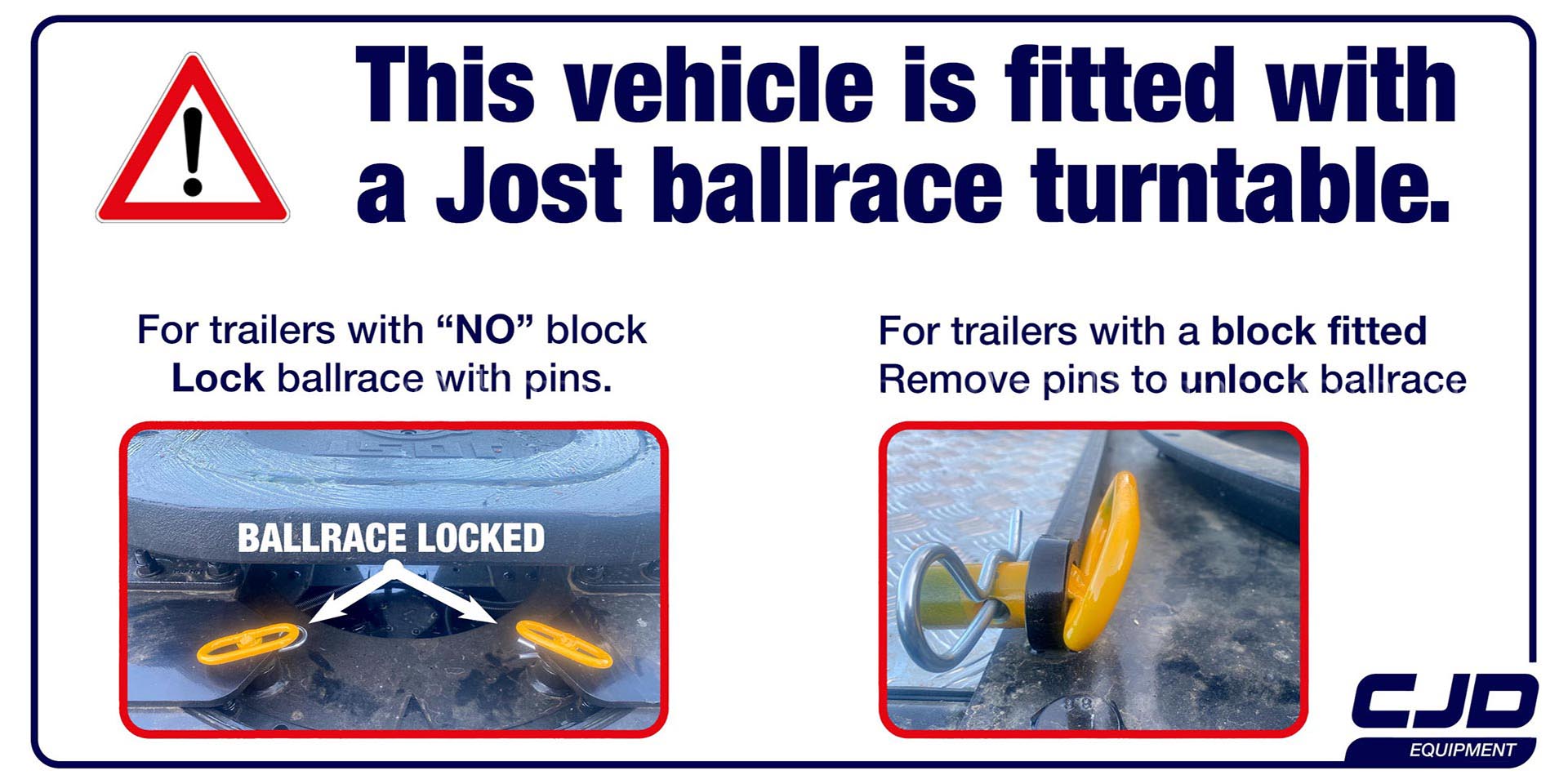 How to Couple and Uncouple a Fifth Wheel on a prime mover is a skill that should be mastered before a driver get’s their heavy combination licence. Yet there are an increasing number of photos posted on social media of trailers being dropped. We sent our resident trainer-assessor, Howard Shanks, to find out why is this happening and importantly explain the correct procedure to connect and disconnect a prime mover and semi-trailer. 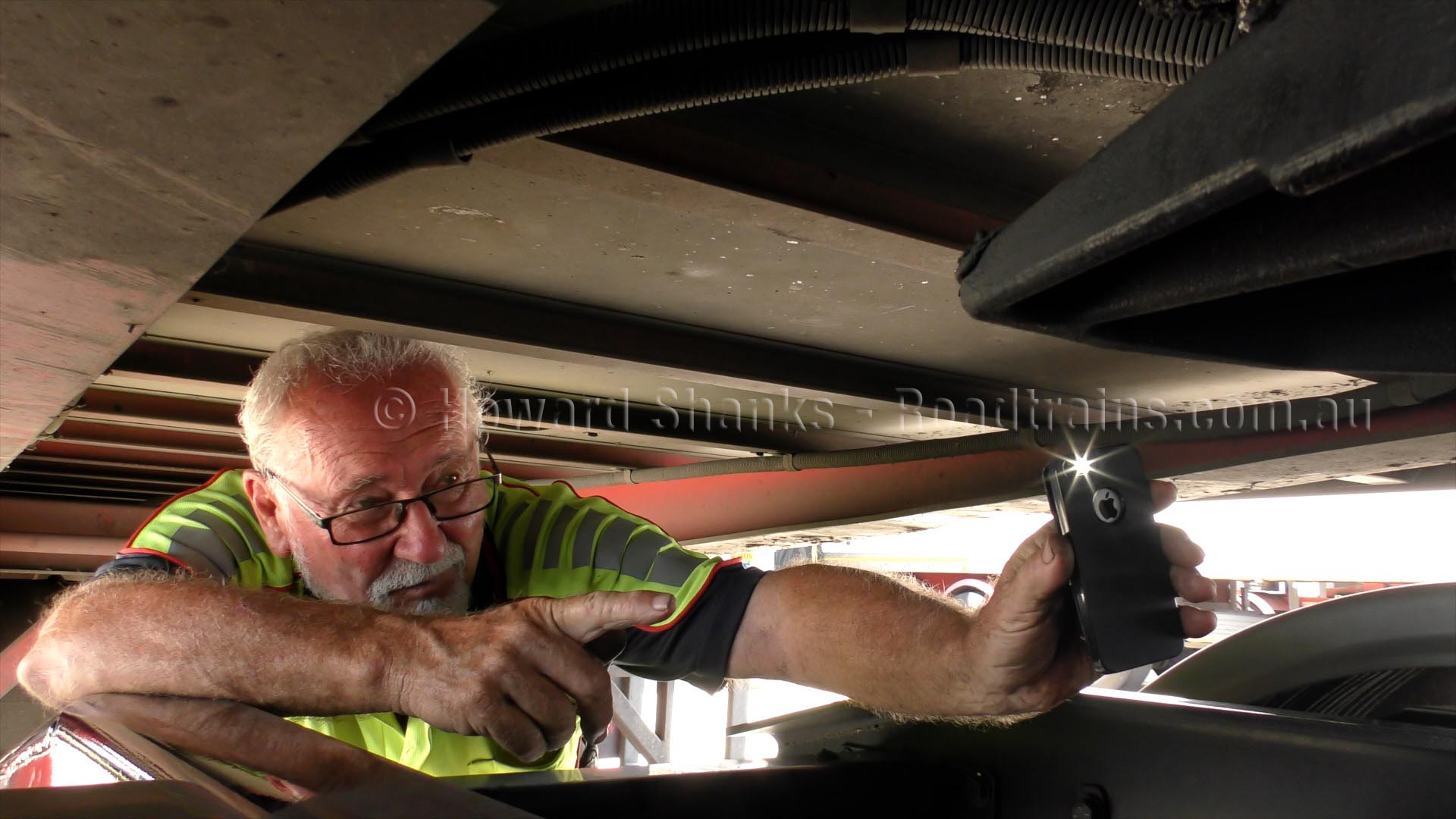 According to several fleet operations managers we questioned two common factors emerged, complacency was the most common factor after investigations, where drivers were found to be were taking short cuts during the coupling procedure followed by drivers being distracted while coupling their trailers.

Sadly in recent times there has been an increase in dropped trailers due to vandalism where the fifth wheel’s lever has been pulled while a driver has been taking a fatigue break. 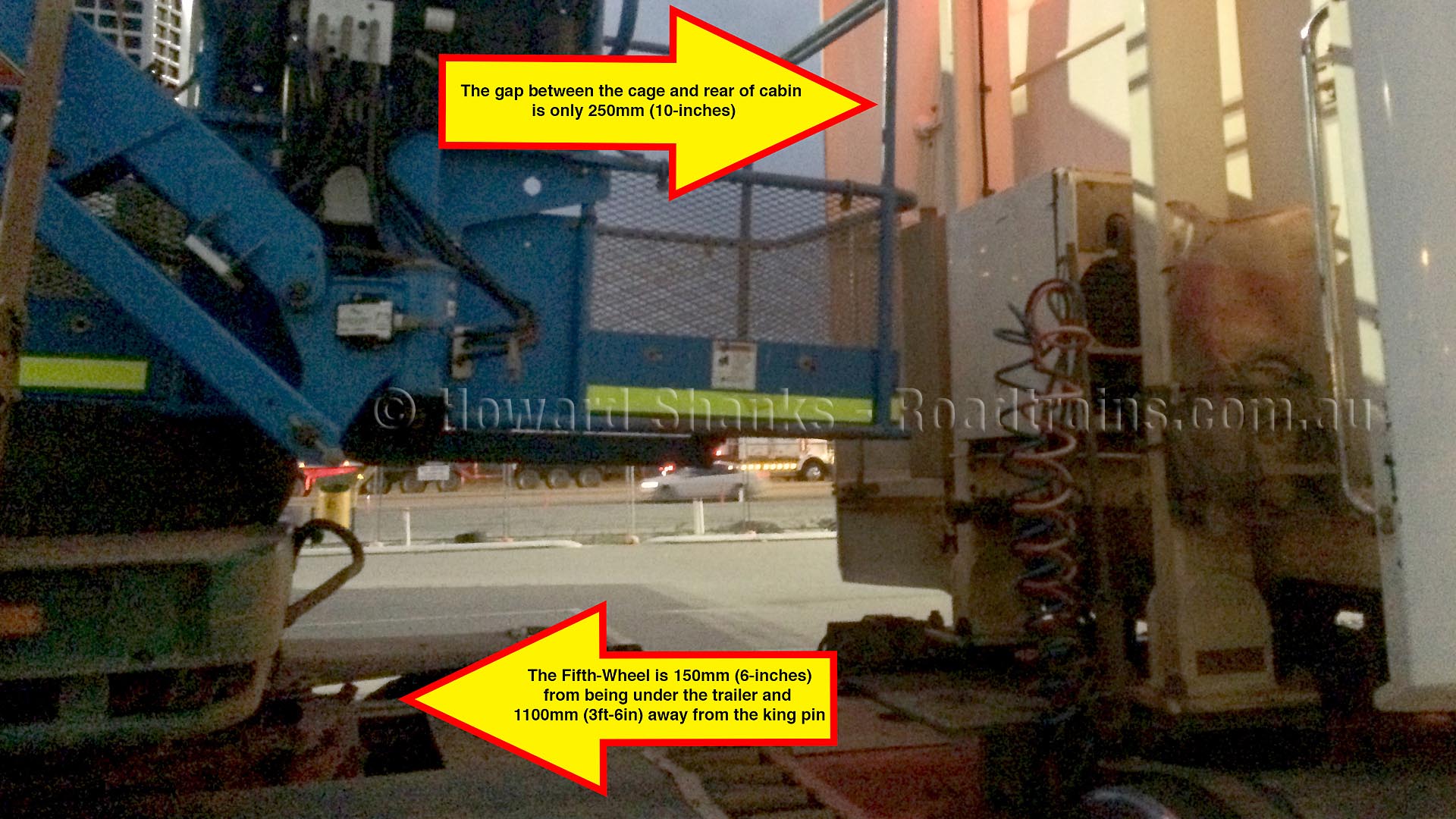 Visually inspect to see there are no obstructions when coupling

According to Jost Australia’s Bob Martin, this has caused several fleets to amend their operating procedures to include a visual inspection to ensure the trailers are coupled at the end of every fatigue break.

“We are hearing of this more and more,” Bob said. “I can’t emphasis enough to drivers that they need to walk around their truck and check their trailers are connected after each stop, especially when they’ve parked in a public truck stop.”

However it’s not all bad news, Highland Haulage owner Mick Linger firmly believes that training and refresher courses for all drivers will make the industry much safer and more profitable with less costs wasted repairing damaged equipment.

“We run a comprehensive online training system on how to Couple and Uncouple a Fifth Wheel on a prime mover not just for our own staff, but we make it available for anyone working in the transport industry too,” Mick Linger said. 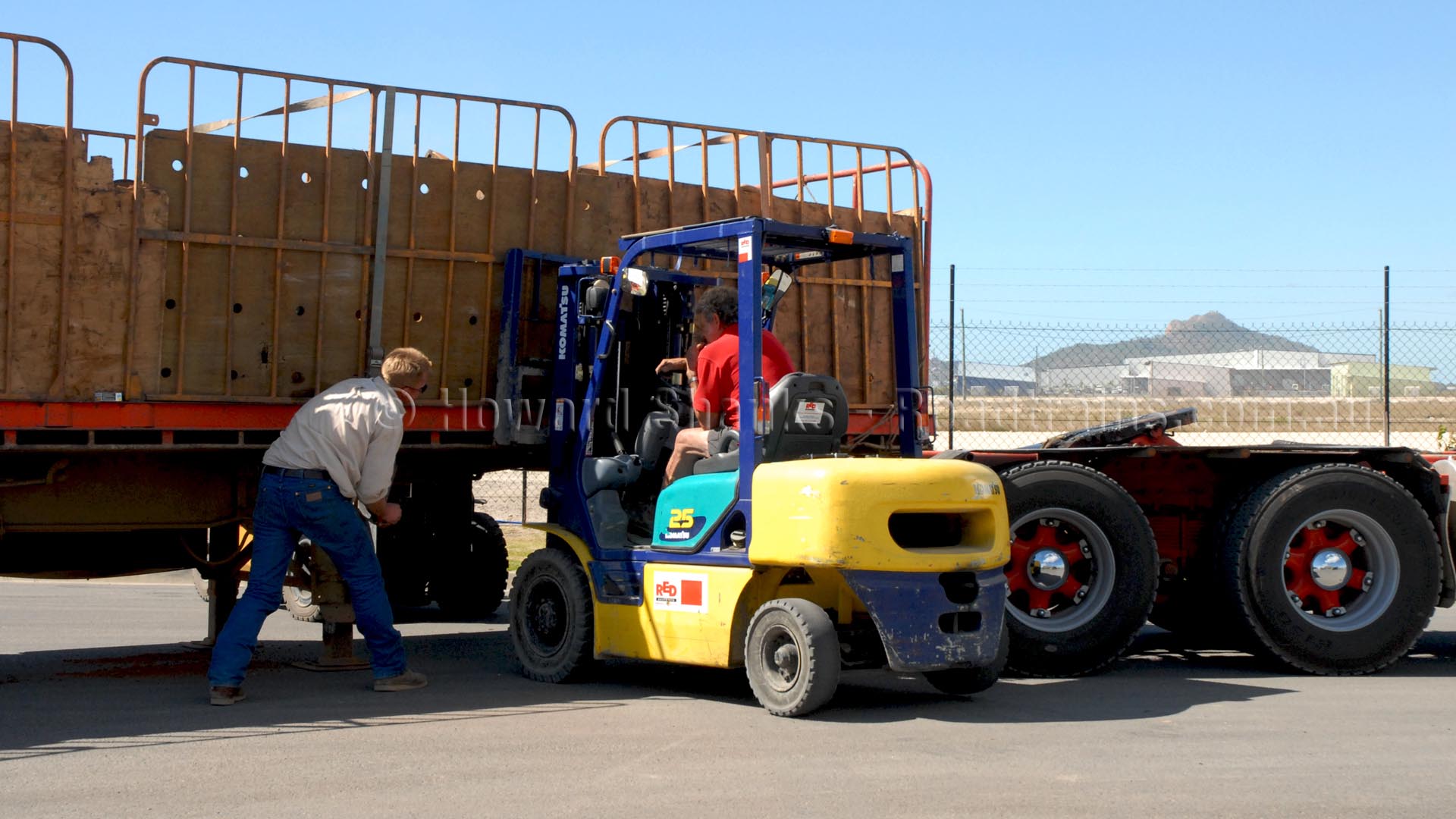 The following procedure aligns with the follow national competencies in the TLI Transport and Logistics Training Package. 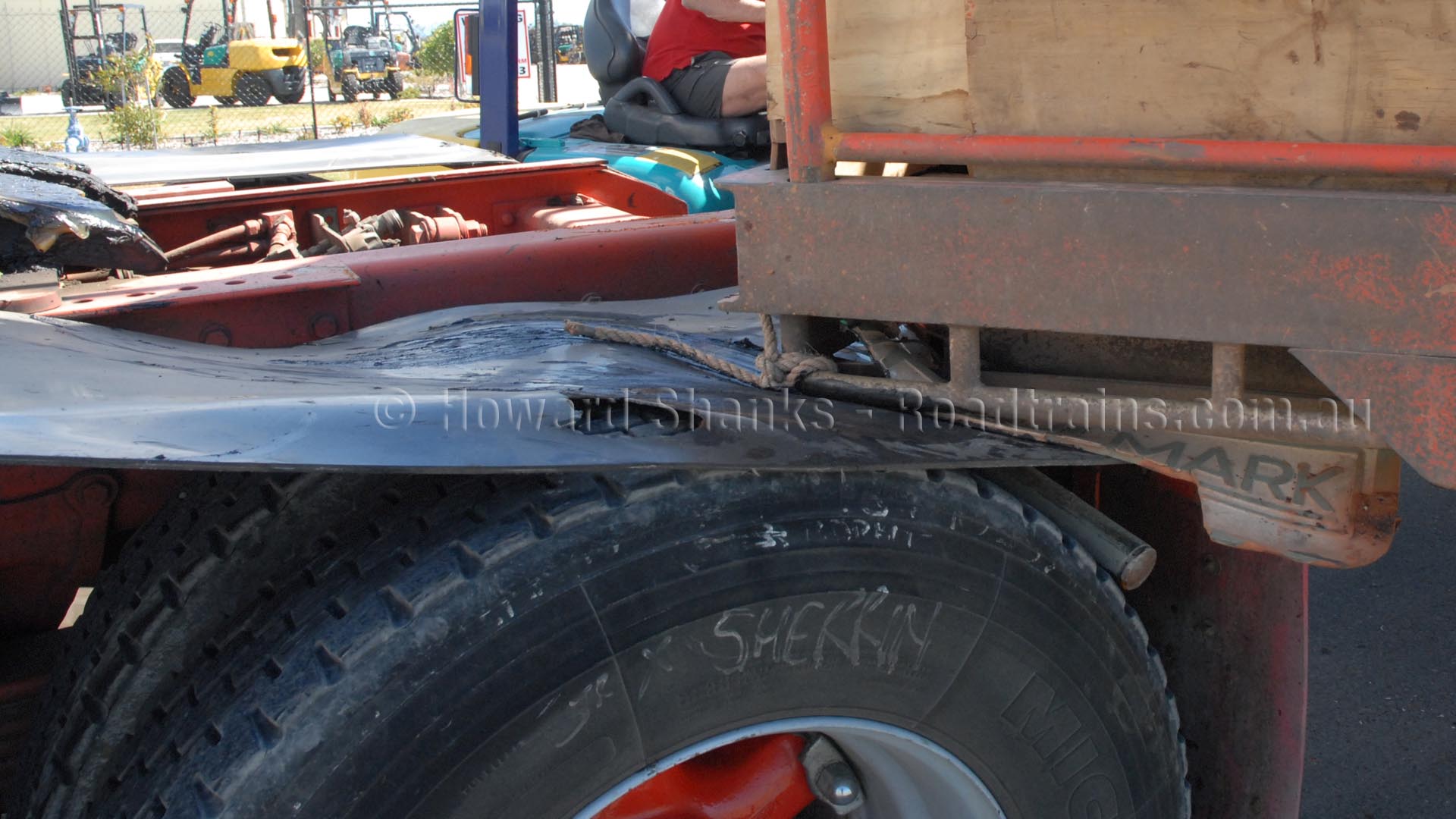 Before coupling the prime mover to the trailer you should do the following inspection:

Check that the height of the trailer skid plate is at least the same height as the fifth wheel.

If the trailer is too low, the prime mover chassis and turntable can hit the trailer front and cause damage. (Air lines, electrical connections, body of van). 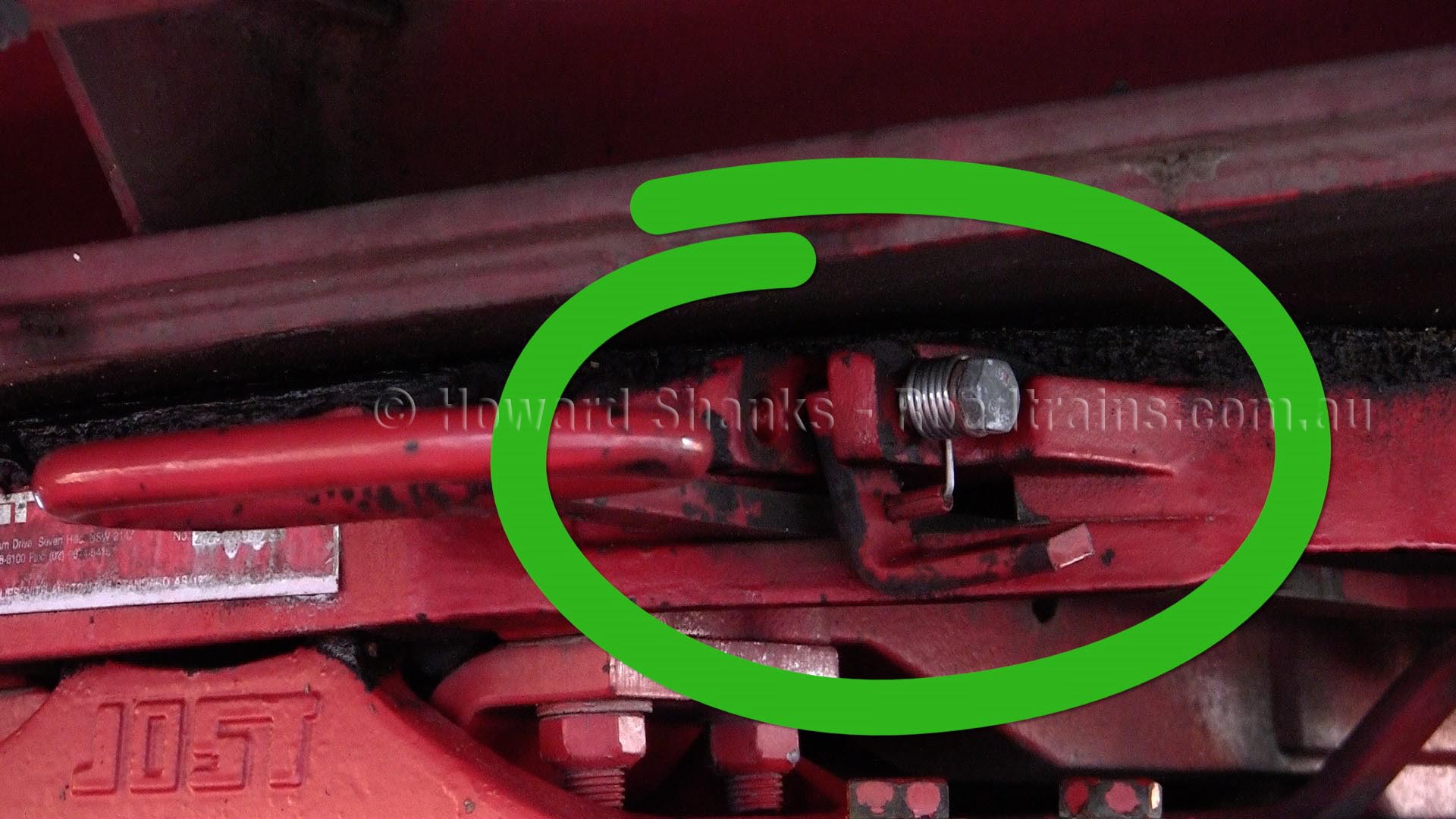 Lower the airbags and select low reverse, and then slowly reverse the prime mover until the fifth-wheel is under the skid plate, stopping with the front of the trailer at the edge of the front guards. This prevents all the grease being scrapped of the top the fifth-wheel.

Raise the air bags to ride height until the legs are clear of the ground.

Visually check the landing legs are clear of the ground, and there is no air gap between the skid plate and the turn-table. Resume slow reverse under the trailer until the fifth-wheel jaw lock around the kingpin. You should hear a distinct “Clunk” as the jaw close and lock into place. 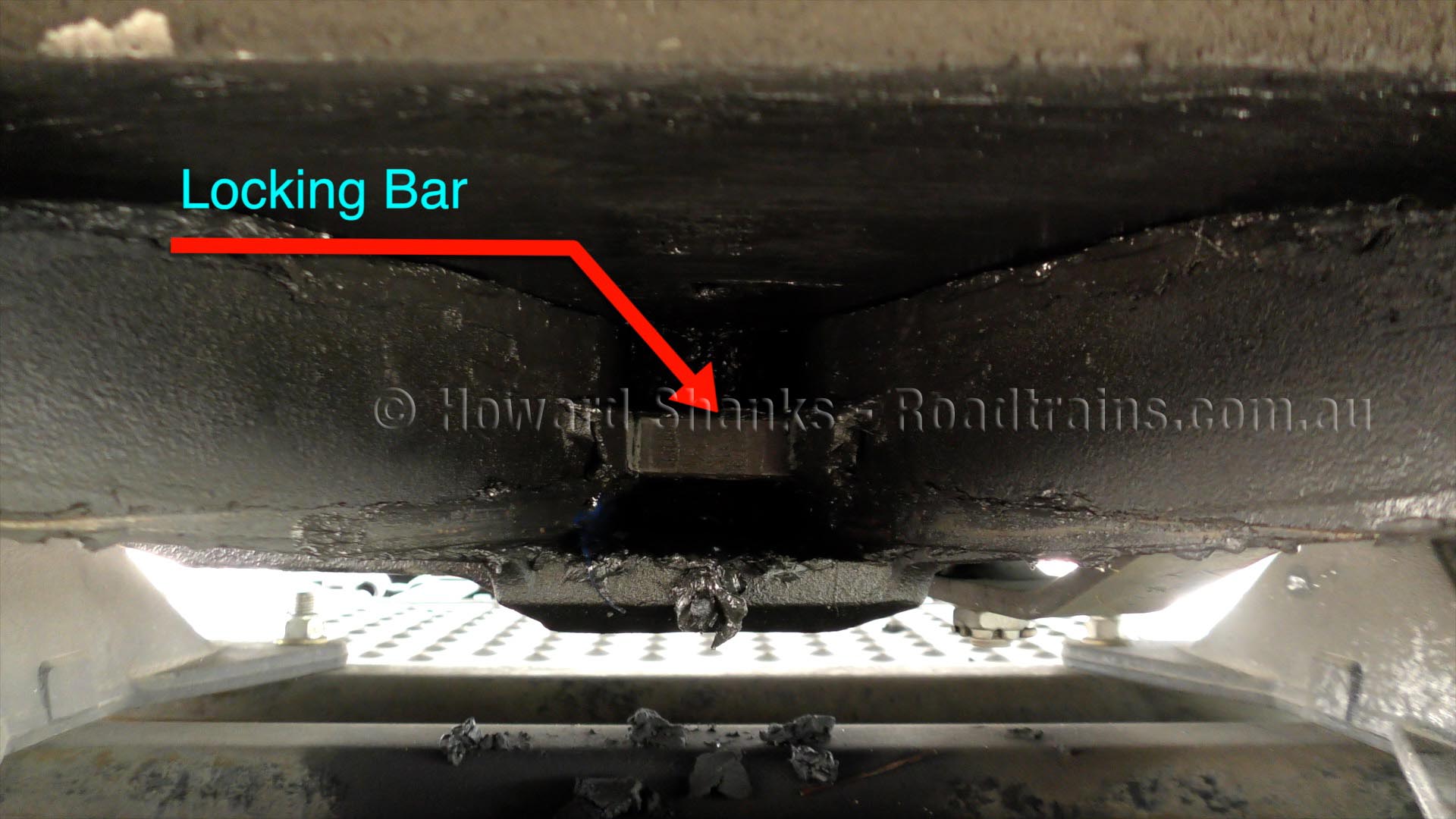 Tug Test. Check the trailer is locked on by selecting first gear then letting up the clutch to the friction point, in first gear. The prime mover should not move. Apply the park brake.

Get out and visually check that the coupling release lever or pull handle has fully retracted and the secondary locking latch has dropped into its downward position. Some levers require a manual lock tab, this must be used to prevent the lever opening while towing. If the locking tab or the safety chain cannot be fitted, the turntable is not locked.

If using a trailer for the first time, check the clearance movement between the prime mover (frame and wheel guards) and the trailer. Check also that there is enough clearance between the landing gear and the back of the truck frame to allow for turning.

Connect air hoses and electrical cables. When connecting airlines ensure the connection tabs are locked on the joiners (1/4 turn). If fitted, the shut-off valves are turned on to supply air and charge to the trailer. With prime movers with the air supply valve on the interior dash it is advisable to activate supply while the trailer check is done as this will charge the air systems on the trailer (brakes and air suspension).

Check to ensure that all the lights on the trailer are working.

Reset the air bag level to the normal travel position. Before moving off, do a SECOND tug test by applying the trailer brakes and again taking up the friction point in first gear. This is to confirm your trailer is securely hitched and the trailer brakes are serviceable.

Finally – as you move forward at low speed (5kph) and in a straight line, do a

This confirms that the trailer is securely hitched, and the supply and service pressure to the trailer brakes have reached operating levels, and the trailer should dip slightly to confirm that the brakes are adjusted correctly.

Before uncoupling make sure your combination is parked on a level surface, which is firm enough to support the trailer landing gear and its load. If you have to uncouple on soft ground, put a suitable strong timber or other flat supports under the landing gear.

Disconnect the air hoses and electrical cables from the trailer.

Stow them properly on the prime mover making sure that the connectors are kept free of water and dust, and they cannot get caught on the tailshaft. Make sure air supply taps are turned off (if fitted).

Lower the landing gear until the supports are in contact with the ground. Ensure visual check is conducted to make sure both legs have been lowered.

If the release handle cannot be moved, the jaw may be under load. Take the pressure off by rocking the prime mover forward and back and then try to release again.

Air bag suspension prime movers. Ensure the airbags are down prior to completely clearing the trailer. If they are still fully inflated damage may occur to the mudguards and the trailer or the king pin could get hooked on the rear cross member of the prime mover chassis.

If necessary use the dump valve. Note: some prime movers may take longer to dump the air bags.

After the prime mover has completely cleared the trailer, reset the airbags to the normal traveling height.

It is advisable when parking the prime mover at the end of shift or for any length of time and you are disconnecting the trailer, to pull the prime mover clear of the trailer and reset the air ride height to the normal traveling height.

Many companies are now enforcing disciplinary action and seeking compensation from individuals who cause damage through negligence by not following company coupling and uncoupling procedures.