In the often volatile road transport industry, where the past is littered with shattered dreams, Errol Cosgrove’s no nonsense philosophy dictating honesty, quality and integrity has placed his company, SRV Road Freight, among the elite of transport business success stories. 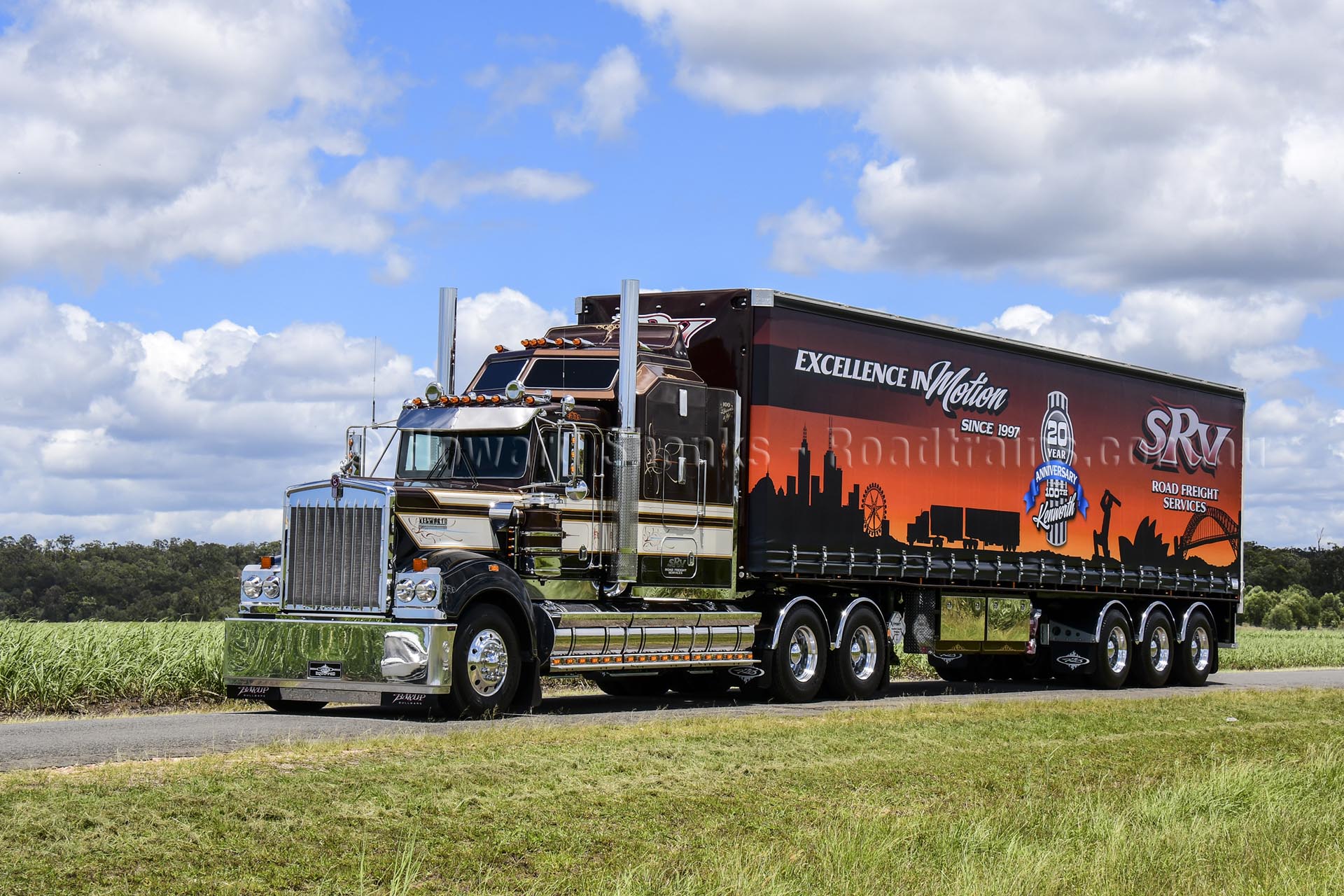 The arrival of their new Limited Edition Legend 900 marked a special milestone for the Company. This Legend 900, build number ‘100’ signifies the 100th Kenworth to join the SRV fleet. Its tows a new Vawdrey trailer with lavish artwork that depicts the major cities on the eastern seaboard that SRV Road Freight service and commemorate the twentieth anniversary of the company.

Talk to Errol about how he might describe himself and his humble reply is “simply a truck driver”. Wander around and talk to the guys on the forklifts, the girls in administration, his truck drivers or tow haulers and you’ll find unanimous admiration for the man they see as a fair boss, innovative leader and dynamic motivator.

Errol grew up in the transport industry, maybe call it fate, but somehow it seemed only natural that he would eventually end up running his own transport fleet. In 1997, this became a reality for Errol as he established SRV Road Freight in Yatala, just off the Pacific Highway in Brisbane. Through the next decade the company maintained steady growth and today their depots cover the eastern seaboard states.

“SRV stands for Safety, Reliability and Value”, Errol explained with passion. “We pride ourselves on our high level of safety and reliability we provide to our customers all with a value for money service. That’s the essence of our company philosophy and customer commitment.” 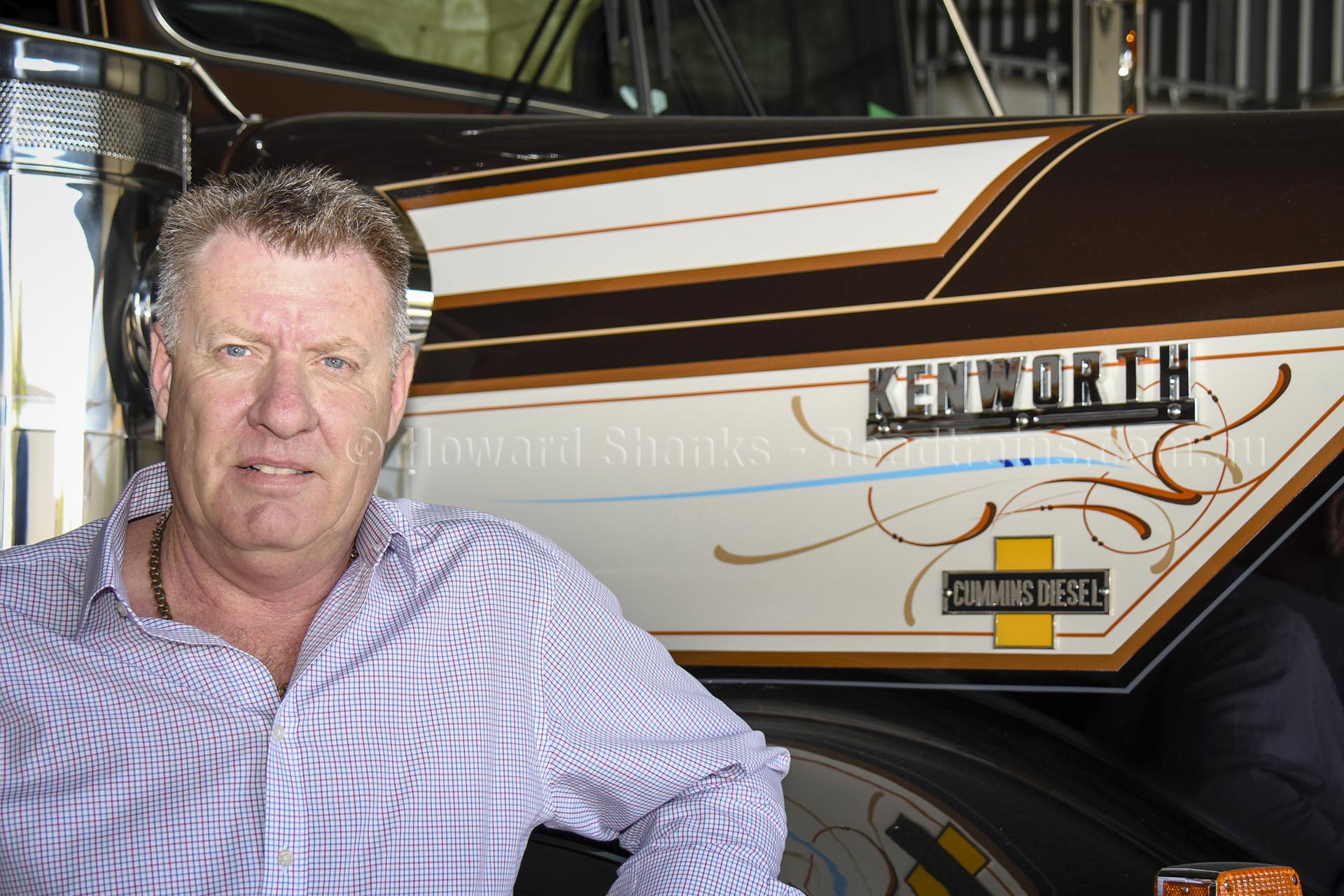 Success rarely comes easy and great sacrifices were made in the quest to achieve the goals and standards set. While the wheels of the trucks turned night after night, Errol’s wife Mel juggled the demands of a young family with the exhausting task of managing the office and accounts. Errol humbly admits that a great deal of his company’s success is due in no small part to Mel’s altruistic attitude and selfless dedication. However in the early days his parents worked side-by-side and helped nurture the business as it grew.

“My father Bob worked in the business till his passing in 2009,” Errol recalled. “And Mum worked in the administration for over 13 years. The family referred to her as ‘Councilor’ and she wore the hat of many roles.”

Today it’s still very much a family affair with their daughter Ashley looking after accounts and payroll, while other close family members work in sales and operations.

At the business end of the scale, the fleet is made up of 100 per cent Cummins powered Kenworth trucks that tow Vawdrey trailers. 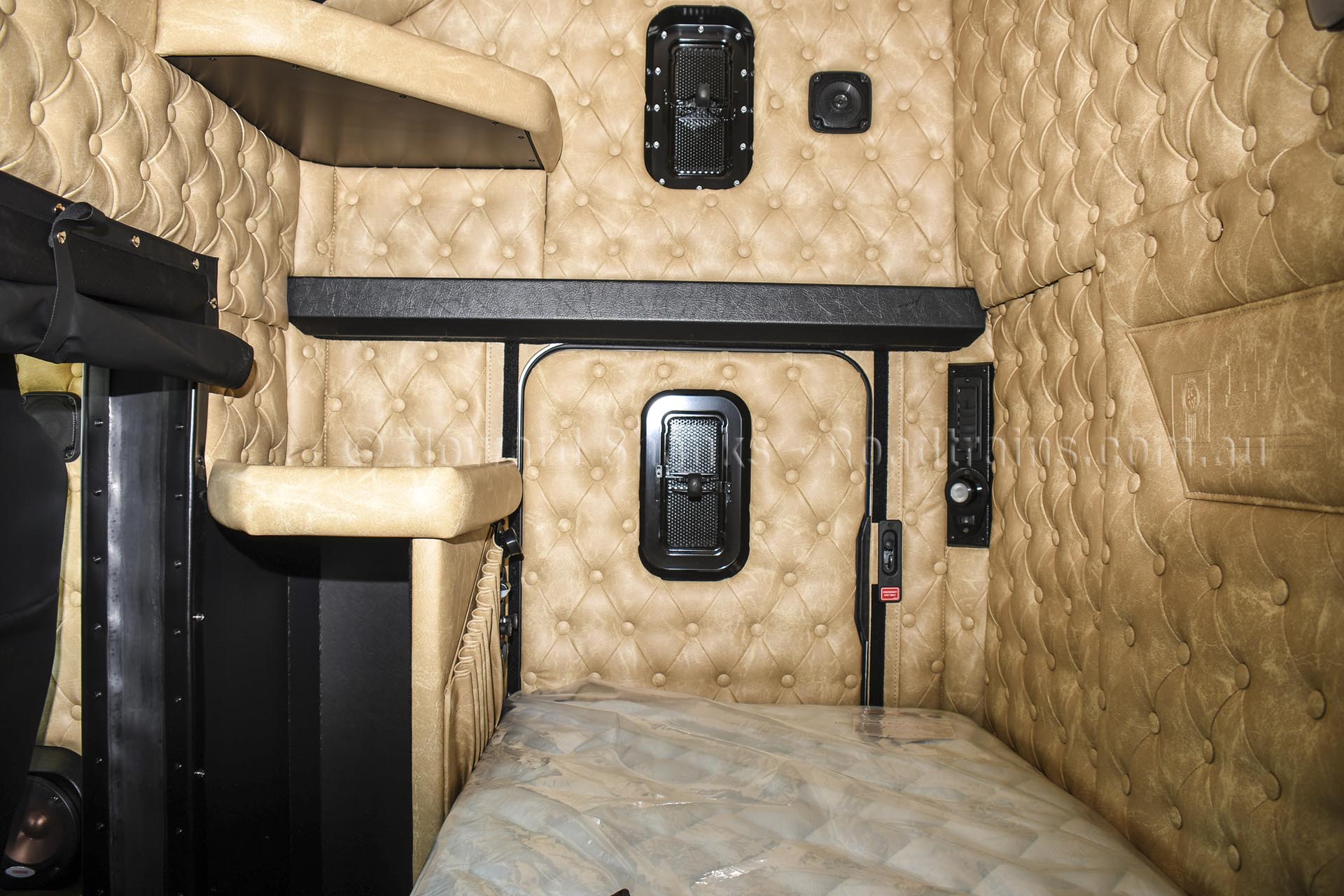 “My first new Kenworth was a K100G I purchased off Brown and Hurley and it was still working right up until last year when we sold it,” Errol explained. “It had clocked over three million kilometers and worked almost every day in the 19 years we had it, so that really paints a clear picture of Kenworth’s build quality and reliability.”

“We’ve been fortunate with Cummins too,” Errol continued. “We have never experienced the issues some companies had with early EGR engines and I think that has something to do with using genuine Valvoine oil. We get good reliability and the fuel economy is where we want it to be,” he added.

Looking forward and embracing challenges is something Errol does well. SRV was one of the first seven transport companies in Australia to achieve advanced fatigue management (AFM). 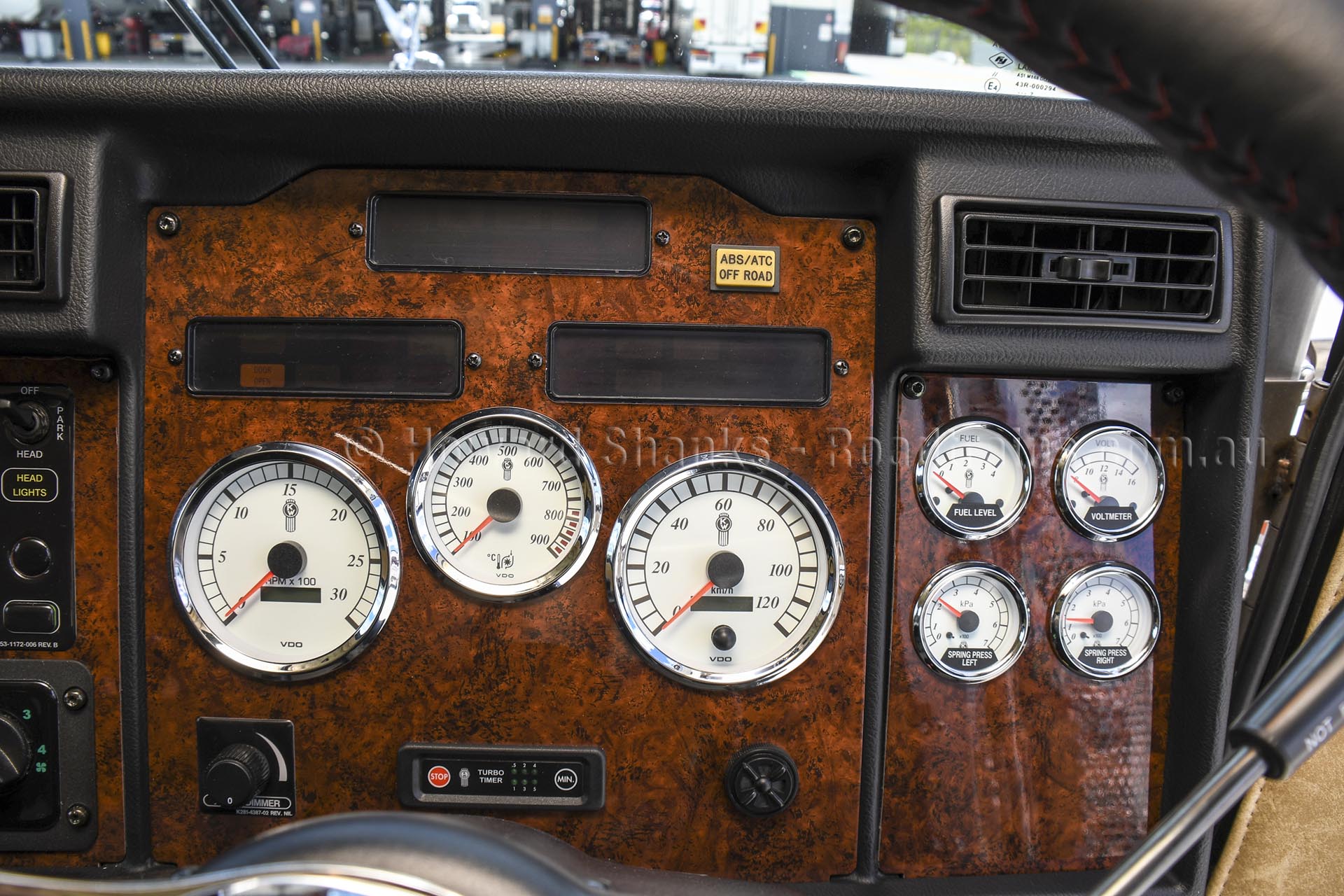 “Looking forward, there are predictions the freight task is going to double by 2020,” Errol revealed. “We’re already talking to our customers and suppliers about how we are going to handle and manage this.”

While Errol’s philosophy and hard lined approach to delivering quality service have undoubtedly made a major contribution to the prosperity that SRV Road Freight have achieved, there is another factor. 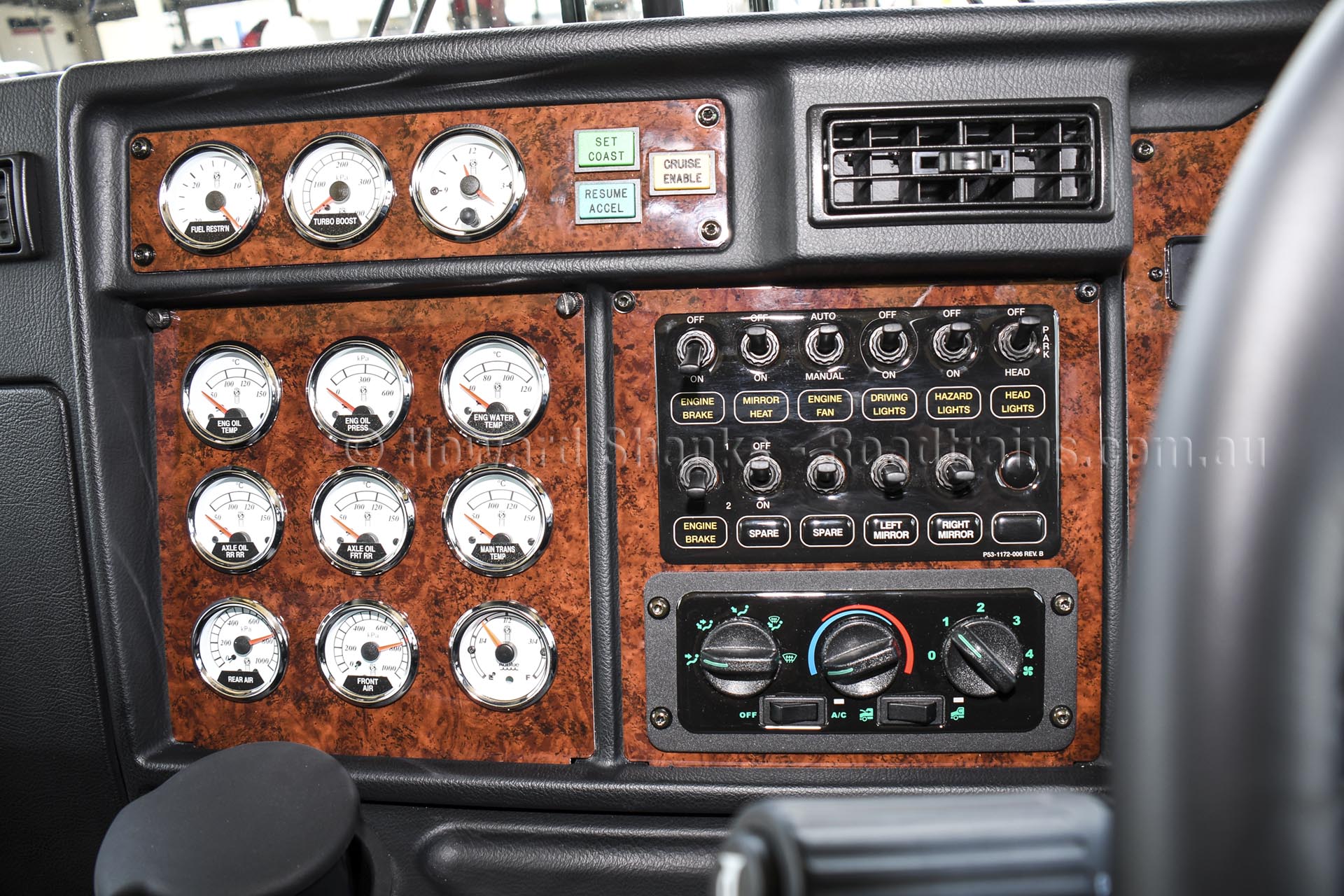 “You must understand what it is that your customers want,” Errol explained. “They don’t necessarily want their freight straight away, there are certain parameters that they work under such as demands placed on the freight by other parties. Success is dependent upon understanding the supply chain process.

“When you become a link in the chain between the manufacturer and those who supply products to end users, you take on a responsibility that you have to carry through,” Errol continued. “It comes back to quality of service. That doesn’t always mean that the delivery has to be done quickly, it doesn’t always mean that it has to be there tomorrow or the next day. It simply means that you deliver the goods at the time you’ve agreed to have them there because that’s what your customer requires.”

Errol concedes however, that one cannot aspire to quality service with an inferior product. Service needs to be backed up by quality equipment, facilities and people. 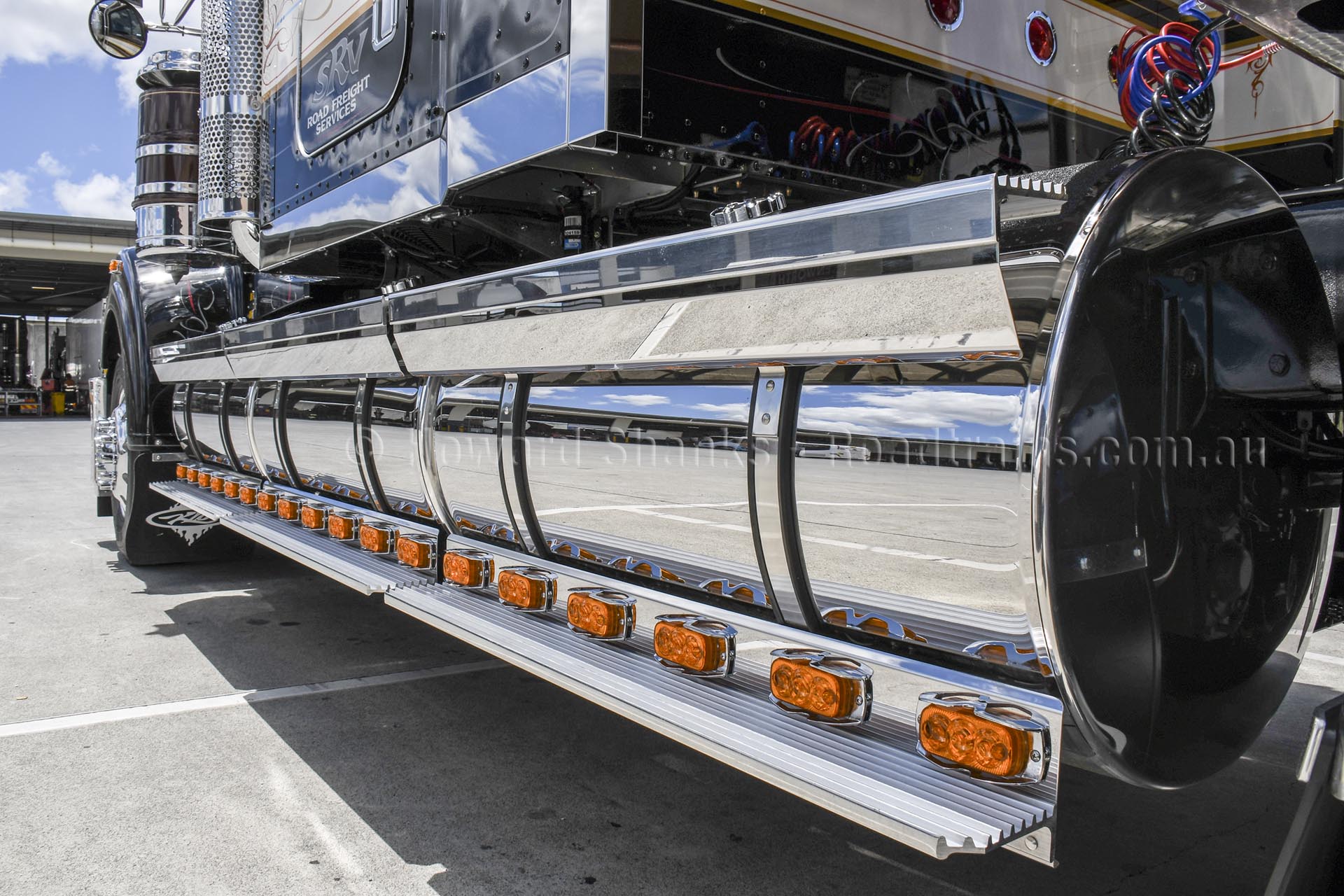 “There’s no point espousing quality service if that quality isn’t reflected right throughout your own organization. That’s one of the reasons behind our opting for Kenworth trucks. They are a quality product that goes far deeper than their good looks and they’re also extremely reliable,” Errol observed.

“Price is only a part of the package, and not necessarily the most important part. The products we use are all supported by the companies that manufacturer them. From Kenworth and Cummins, right through all the other components, including the tyres,” Errol continued. “If you take a short cut when it comes to any facet of your business, it won’t be long before you take another. Taking shortcuts compromises your quality of service and therefore your competitiveness.”

The high level of product support that Errol demands from suppliers is evidenced through his fleet of prime movers and trailers. With approximately 1200 tyres on the road each night, there is not a single spare tyre in the fleet. The tyre supplier deals with any problems, 24 hours a day, 365 days a year.

Loyalty and respect are values close to Errol’s heart and he makes no apologies for the fact that he has little time for either customers or suppliers who treat him with indifference. However, the expectation of this degree of support is not a one-way street for Errol. He has a quality rare in today’s world of big business – recognition of loyalty. Support received is reciprocated, as highlighted in his continued order placement with Kenworth trucks, Cummins engines and Vawdrey trailers. 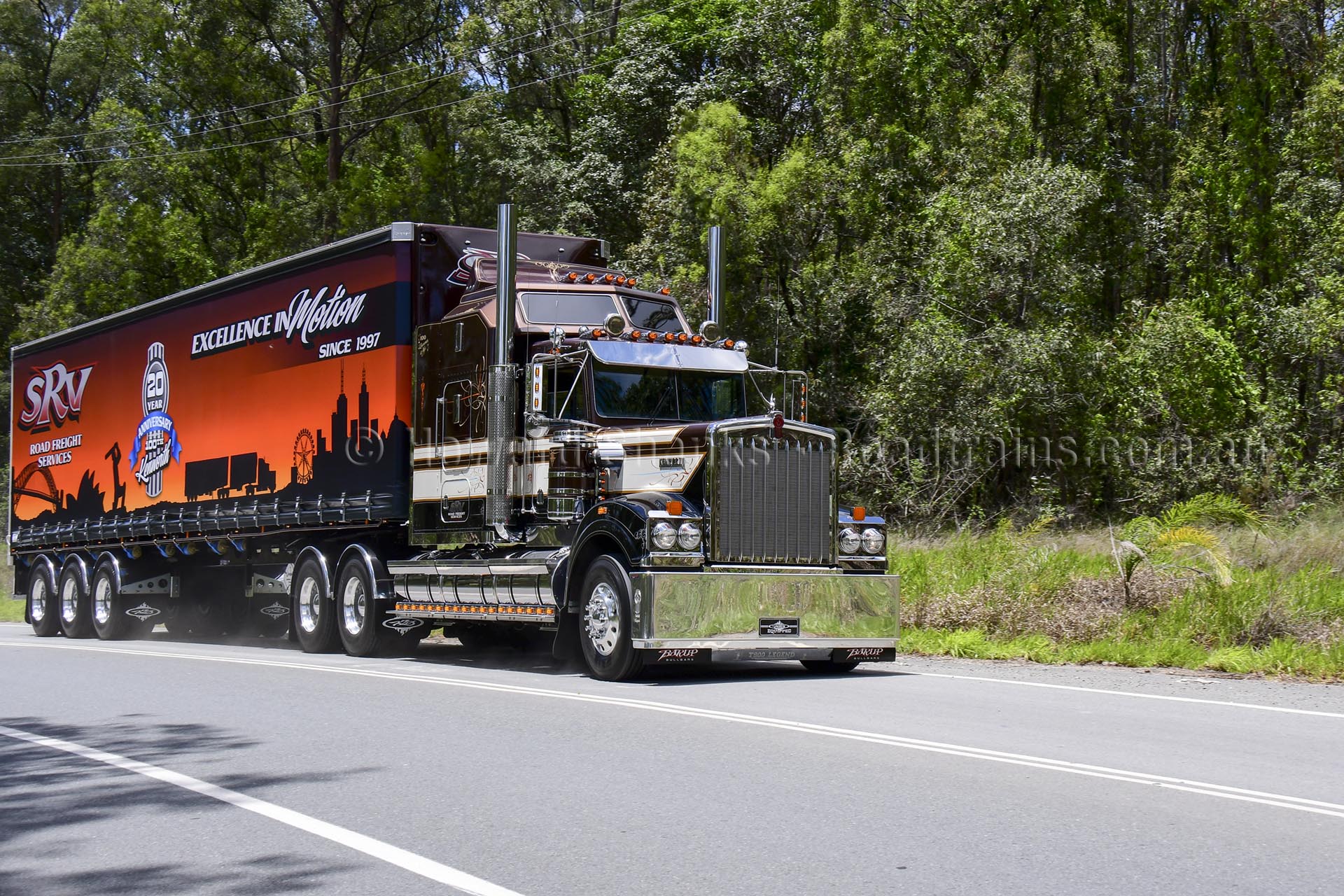 “I’m not saying you should never change suppliers, but I do believe that you shouldn’t change merely on price. I encourage my customers to explore the marketplace, it keeps me honest and makes them aware of what they are getting for their money.”

SRV Road Freight provide a variety of services, customers are free to choose which of those services will best suit their needs. Errol insists that he is not only in the business of running trucks, he provides a service that at times involves moving goods around. Trucks just happen to be one of the tools he uses to transport those goods.

“There are thousands of trucks out there,” explained Errol. “So a customer wouldn’t have any problems finding one. But it’s what you do with the truck and the service that you provide to your customers that makes your trucks valuable to them.“

Service is a complete package that doesn’t stop at the tools you utilise to get the job done. People provide services and drivers often form the vanguard of a company. While Errol believes that his drivers are among the best in the industry, he empathizes with other trucking companies who face problems when it comes to recruiting professional long distance drivers.

“Drivers are your company’s representatives and as such can either be an asset or a drawback. So it’s imperative that they are well presented, well dressed, well groomed and politely spoken. Surprisingly, it’s not that easy to find drivers that fit that description,” Errol said.

“We’ve come across drivers who look after their trucks the way teenage boys look after their bedrooms. We’ve had drivers come asking for work looking decidedly the worse for wear, we don’t give them a second glance. If that’s the way they present themselves for an interview, I’d hate to think what they’d be like in a truck.”

Finding and keeping good drivers is an all to familiar problem for many transport companies today. Older drivers are retiring and drivers of the same calibre are not there to replace them. It’s an issue that transport associations are trying to solve, but Errol has some ideas of his own.

“We run a performance and incentive based reward systems to encourage work smart practices and reward drivers who implement efficiencies and productivity enhancements under their own initiative,” Errol explained. “It has to be more than just a fuel saving incentive however. Drivers could achieve significant fuel economies while neglecting everything else and so negate any advantage. Our drivers are in the front line, they’re in the perfect position to see where inefficiencies occur and they should be rewarded for initiatives that benefit the company.”

“This year our top driver was rewarded with a two week fully paid trip to the USA, which included a visit to one of the big American truck shows. He was also given our 100th Kenworth, which is the Limited Edition Legend 900 we purchased to celebrate our 20th anniversary.” 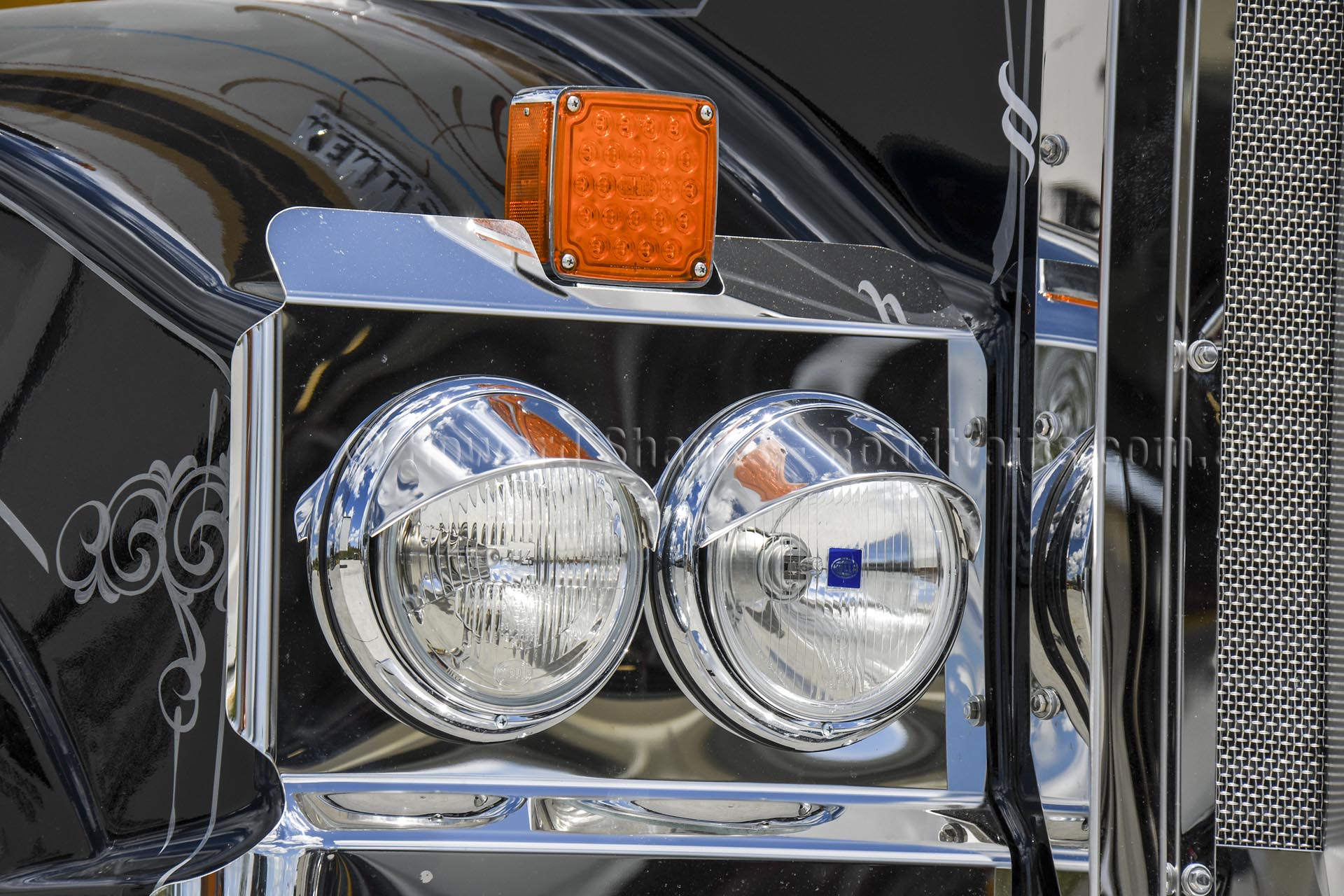 “Our runner up driver was given a two week vacation to Bali and rewarded with our 100th Cummins powered truck, a new Kenworth T909,” Errol explained. Both drivers also visited the Kenworth factory in Bayswater to see the trucks being built downline,” Errol continued.

Errol believes that SRV’s business model combined with the immaculate way the trucks presented, which he quickly adds is a credit to all his drivers, is why his company does not face driver shortage problems like many other do.

“We’re very fortunate that we don’t have to advertise for drivers,” Errol revealed. “We actually have a waiting list for drivers who want to come and work for us. Having the best equipment certainly goes along way in attracting the best people to work in the team. Cummins, Kenworth and Vawdrey provide us with the best equipment and importantly through their dealers like Brown and Hurley back it up,” Errol added.

There’s no arguing that the transport industry is heading into a new era that heralds many changes. Demand for services like those provided by SRV Road Freight are on the increase, but only companies with strong foundations and stringent management policies will survive the predicted changes. Errol’s philosophy and work smart procedures have given his company those strong foundations, SRV Road Freight will not only survive, but will continue their long-term sustainable growth.