What does Ad-Blue do?

The inspiration behind this advice article began when a reader wrote in asking why modern trucks have a warning sticker next to the electrical master or isolator switch advising to wait at least 80 seconds before turning off after the engine has shutdown. 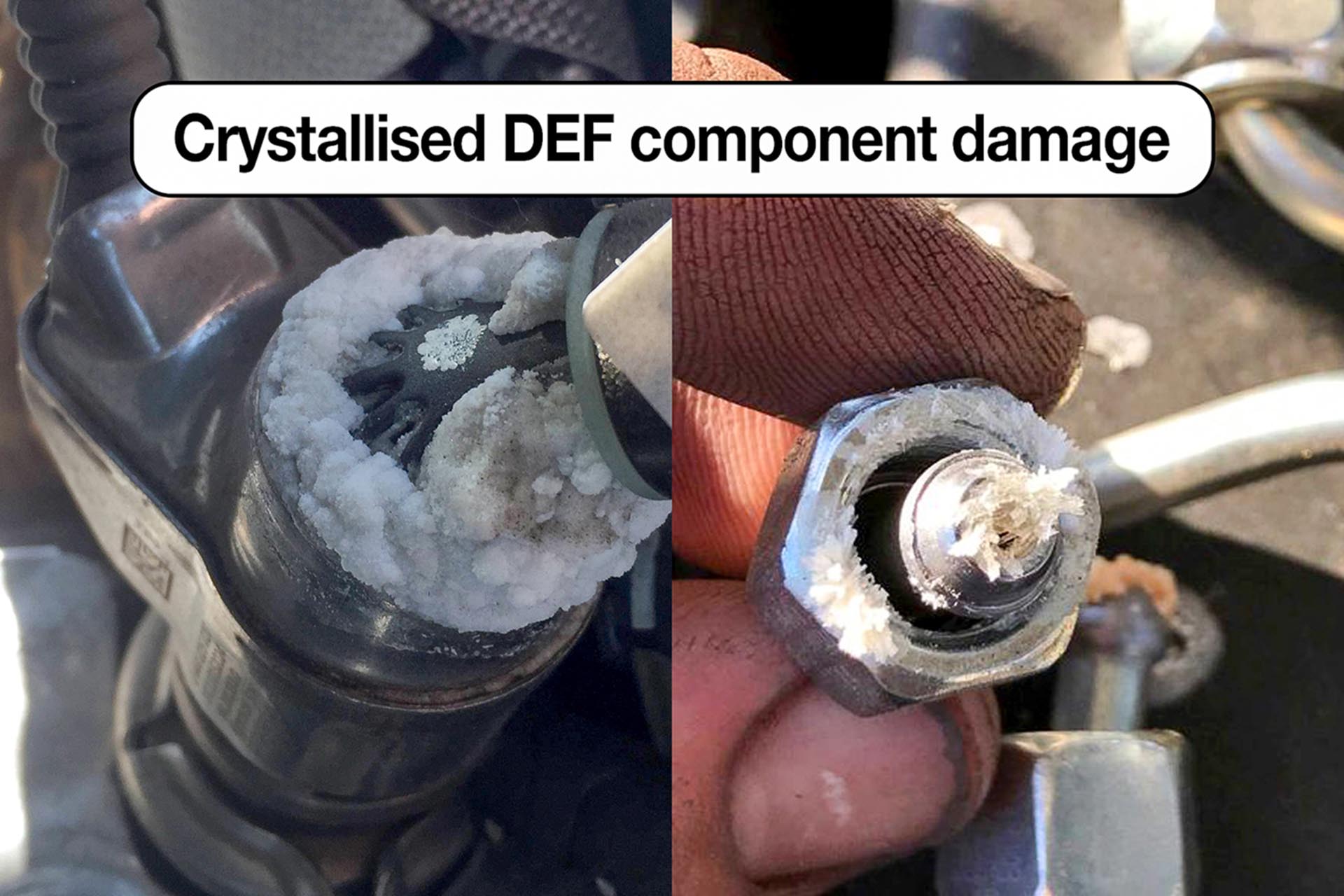 The simple short answer is to the let the DEF (AdBlue) dosing unit finish purging.

However, to better comprehend this in more depth, it’s worth explaining what DEF (AdBlue) is and the role it plays in a diesel engine’s operation and why new trucks need it.

Diesel engines by their design produce some toxic emissions such as, Particulate Matter (PM), unburnt Hydrocarbons (HC), Nitrogen Oxides (NOx) and Carbon Monoxide (CO). Prior to 1993 there were no exhaust gas emission standards, the introduction of Euro-1 that year initiated the first of these standards. In the short space of 26-years with current Euro-5 vehicles today, nitrogen oxides or NOx has been reduced by 75 per cent and the particular matter by 94 per cent with the introduction of the technology known as Selective Catalytic Reduction (SCR). Euro-6 takes emission reduction even further. The term “AdBlue” is actually a trademarked name that belongs to the German Association of the Automotive Industry (Verband der Autombilindustrie, VDA), nevertheless it seems to have become the standard term, in the same way everyone calls a vacuum flask a thermos, when in fact it is actually a trademarked of the Thermos GmbH now owned by the Taiyo Nippon Sanso Corporation, Japan. 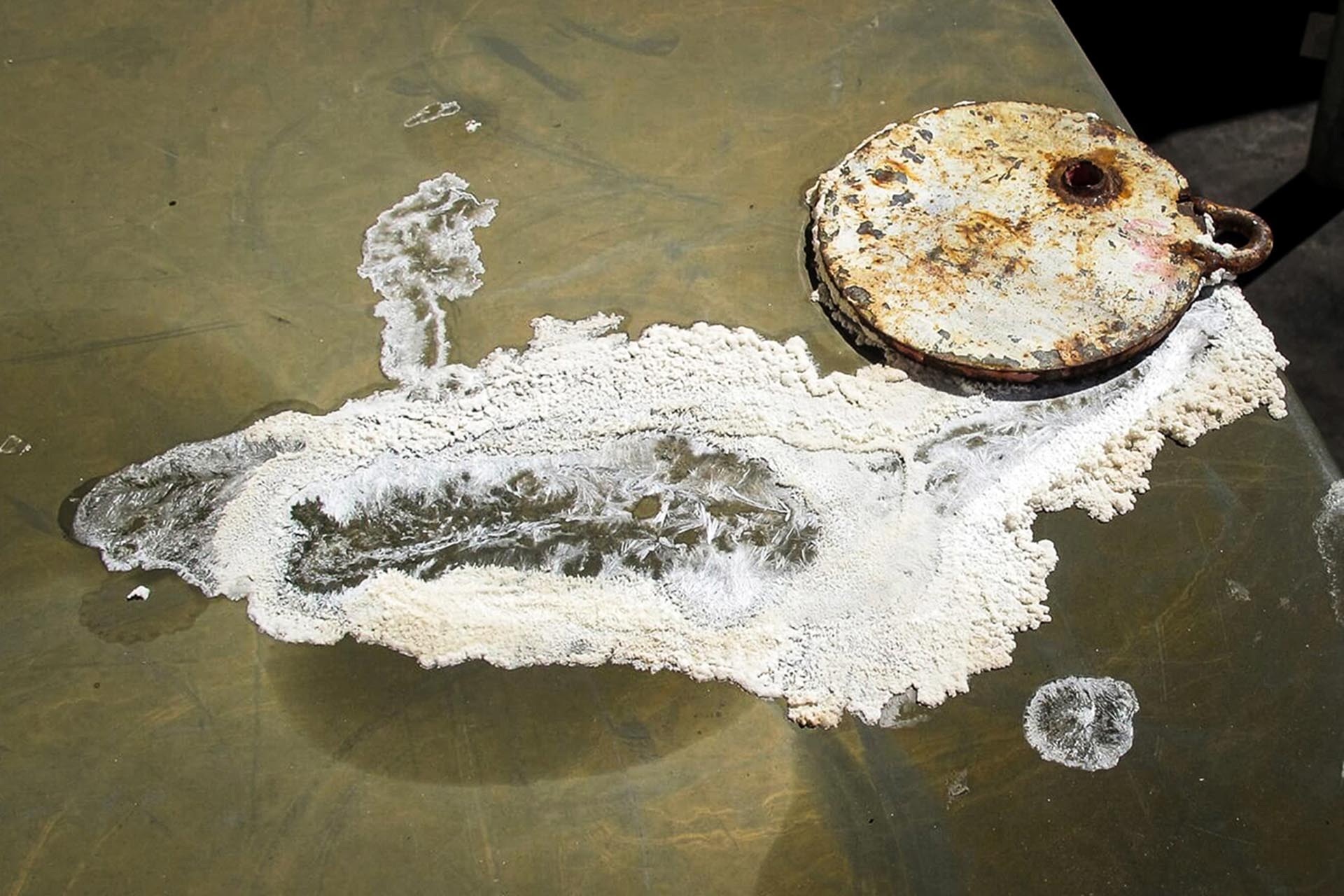 For the remainder of this article we will use SCR for the technology and DEF (Diesel Exhaust Fluid) for the fluid used in an SCR system. Mostly because AdBlue as term is often confusingly used to describe both the system and fluid. Which at the time of writing, can be attributed to the fact that VDA licensed their technology and term “AdBlue” to over 158 organisations worldwide.

The current minimum standard for new heavy vehicles is ADR 80/03, which is based on the Euro-V standards, with equivalent US or Japanese standards accepted as alternatives. However, in order to further reduce air pollution from heavy vehicles, the Australian Government is currently considering the merits of introducing a new ADR 80/04, based on Euro 6 standards, subject to a formal assessment of the costs and benefits via a Regulation Impact Statement.

As discussed earlier regulators are primarily focused on the two nastiest elements when it comes to considering reducing heavy vehicle emissions which are Particulate Matter (PM) and Nitrogen Oxides (NOx). 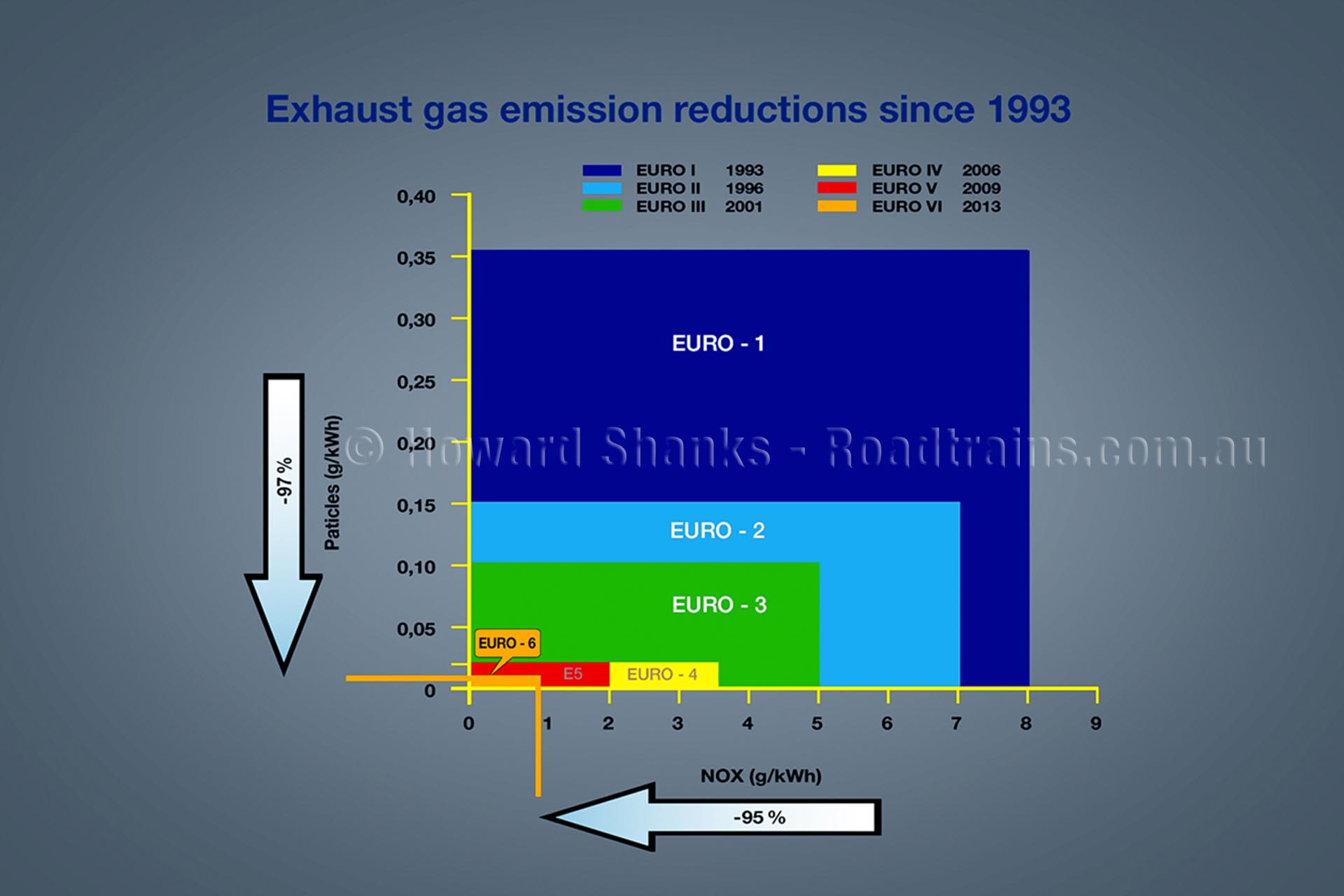 The principal of SCR is relatively simple, by using the DEF fluid to convert the toxic nitrogen oxides (NOx) into harmless nitrogen and water. This is done by injecting a measured dose of DEF fluid into the exhaust system and the NOx reduction process takes place in the SCR catalyst which has an integrated exhaust silencer.

DEF is composed of 32.5 per cent urea and 67.5 per cent high quality de-mineralised – deionised water. The active ingredient of DEF is the urea, and if you think that sounds like urine, then you’d be right. The other ingredient of DEF is the de-ionised water, which means that mineral ions such as iron, chloride and sodium are removed. The reason this is done is because the chemical reaction or catalyst is very precise and sensitive to the chemical balance of the fluid or any impurities, and we’ll talk more about that later when we cover spills and contamination.

When the DEF is sprayed into the exhaust system the water component evaporates helping to spread the urea evenly. The urea decomposes into ammonia and carbon dioxide during this process the NOx is converted by the ammonia into water and nitrogen. Approximately 90 per cent of the NOx can be eliminated in this way.

To paint a bit of a picture of how much engine emissions have been reduced and what it means to the environment, consider a well-maintained truck that is say 20 years old. It would take the emissions of over 60 new trucks to match the older truck’s emissions. That is by no means a derogatory reflection on the older truck, it merely highlights the significant progress emission reduction has come in such a short time. 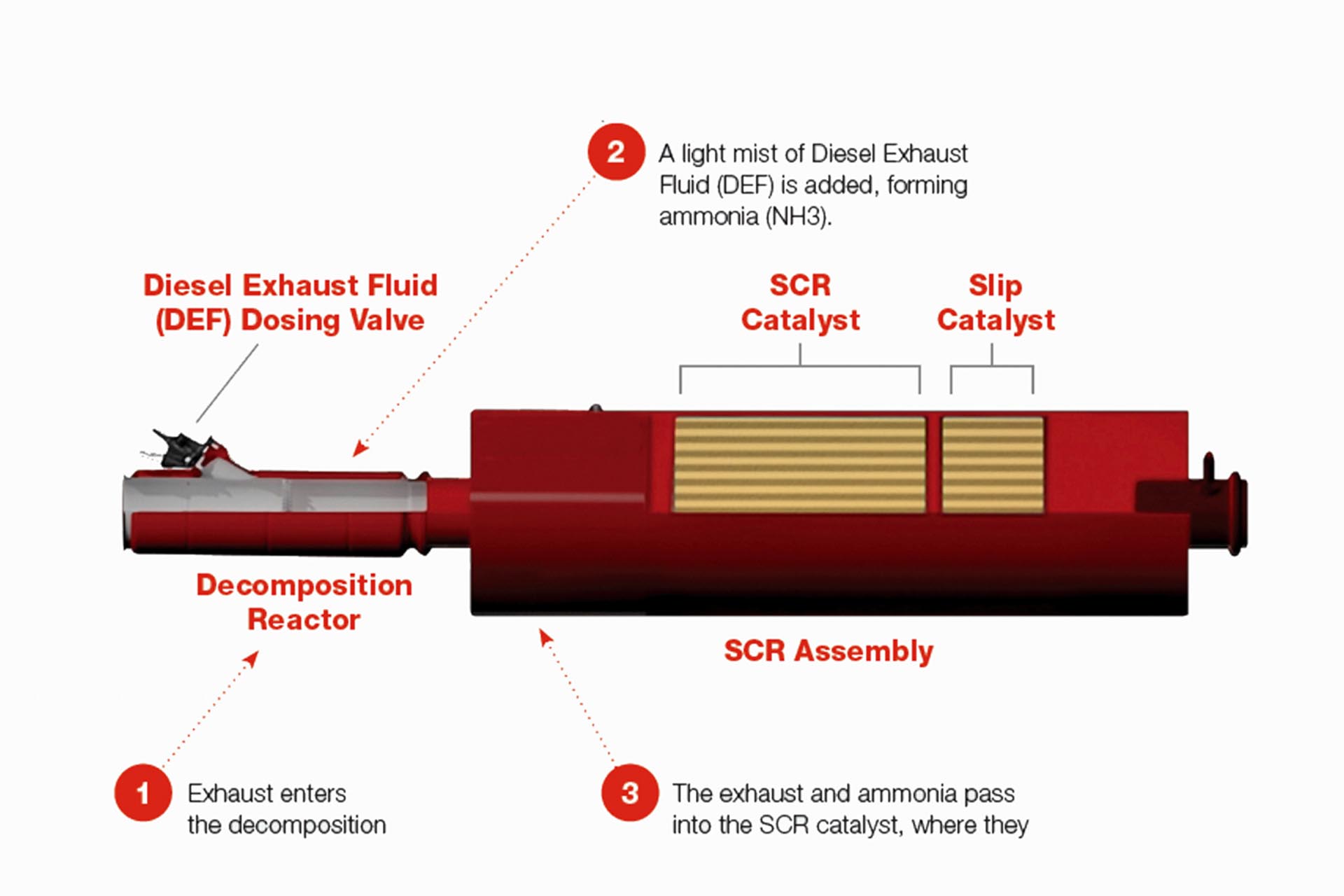 On the downside, DEF is corrosive to aluminium which is why DEF tanks on vehicles are made from stainless steel or non-corroding, highly durable composite material. Suppliers of DEF only use approved materials for packaging and dispensing equipment. Given the corrosive nature of DEF, if you happen to spill any on your truck clean it off immediately.

DEF also suffers a crystallising effect if it is left lying around, and you can see this clearly around tanks where spills haven’t been cleaned. This crystallising can also occur inside the dosing unit if it fails to purge or clean itself, which will result in blocked dosing injectors and lines.

Now to refer back to that original question about waiting at least 80 seconds before switching off the electrical isolator switch, it is to let the DEF dosing unit time to purge itself. After turning the ignition switch off and the engine shuts down, which might take few minutes depending on the setting of the engine turbo timer. You’ll hear a pumping sound from the dosing unit as it cycles through its purging process clearing any unused DEF from the system and returning it to the tank. This is normal.

If you turn the electrical isolator off before the dosing unit has competed its cleaning cycle you run the risk of blocking the system. It is expensive to repair. 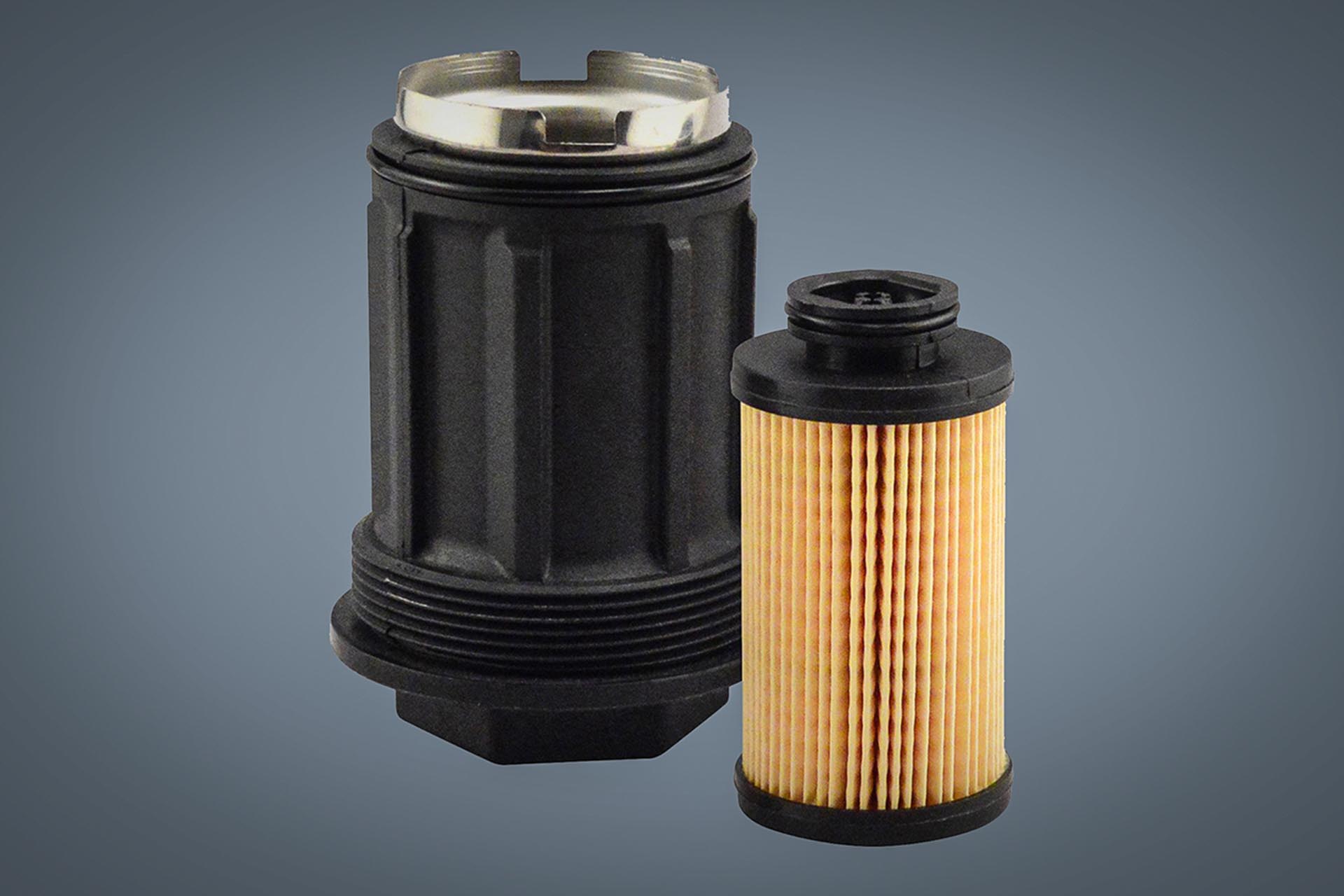 Contaminated DEF can cause costly damage to your vehicle’s SCR system. DEF is not dangerous to the environment. Small DEF spills can be diluted with water, large spills will need to be contained with a spill it and disposed of properly. In any event, never reuse spilled DEF because spilled DEF will always be contaminated. Likewise filling your DEF tank using random jugs or containers is an practice that should be avoided as contaminants can remain in the container from previous contents.

Similarly, if you fill your DEF tank with fuel or any other liquid, other than DEF then DO NOT START YOUR ENGINE. Any contamination of the DEF system will most certainly cause costly damage to your SCR system. It is best to contact your vehicle manufacturer to prevent any damage to your vehicle. You may have to replace certain DEF components.

When you purchase DEF check that it displays the certification of the German Institute of Standardisation DIN70700, the International Organisation for Standardisation ISO 22241-1, and meets AUS – 32 specifications. This will guarantee the proper purity and concentration of 32.5 per cent urea.

When dispensing DEF, take extra care to put it into the right tank, it is not an additive to your fuel and has to be in its own tank to work. A good practice to get into before you begin filling up your vehicle, is to take a moment to check that the filling equipment you are using is in perfect working order and there are no signs that the solution within has been compromised. Watch out for signs of crystallisation, which can block nozzles on pumps and spouts, increasing the chances of spillage.

What should I do if I put AdBlue into my diesel tank?

Firstly, DO NOT START YOUR ENGINE. Adding DEF to the diesel tank is similar to putting petrol into the tank, you will need to get the tank drained before you can start your engine as this could cause damage to your fuel system. If you have put a large quantity of DEF into your tank, there is a considerable chance that your vehicle’s fuel system will have suffered harm. 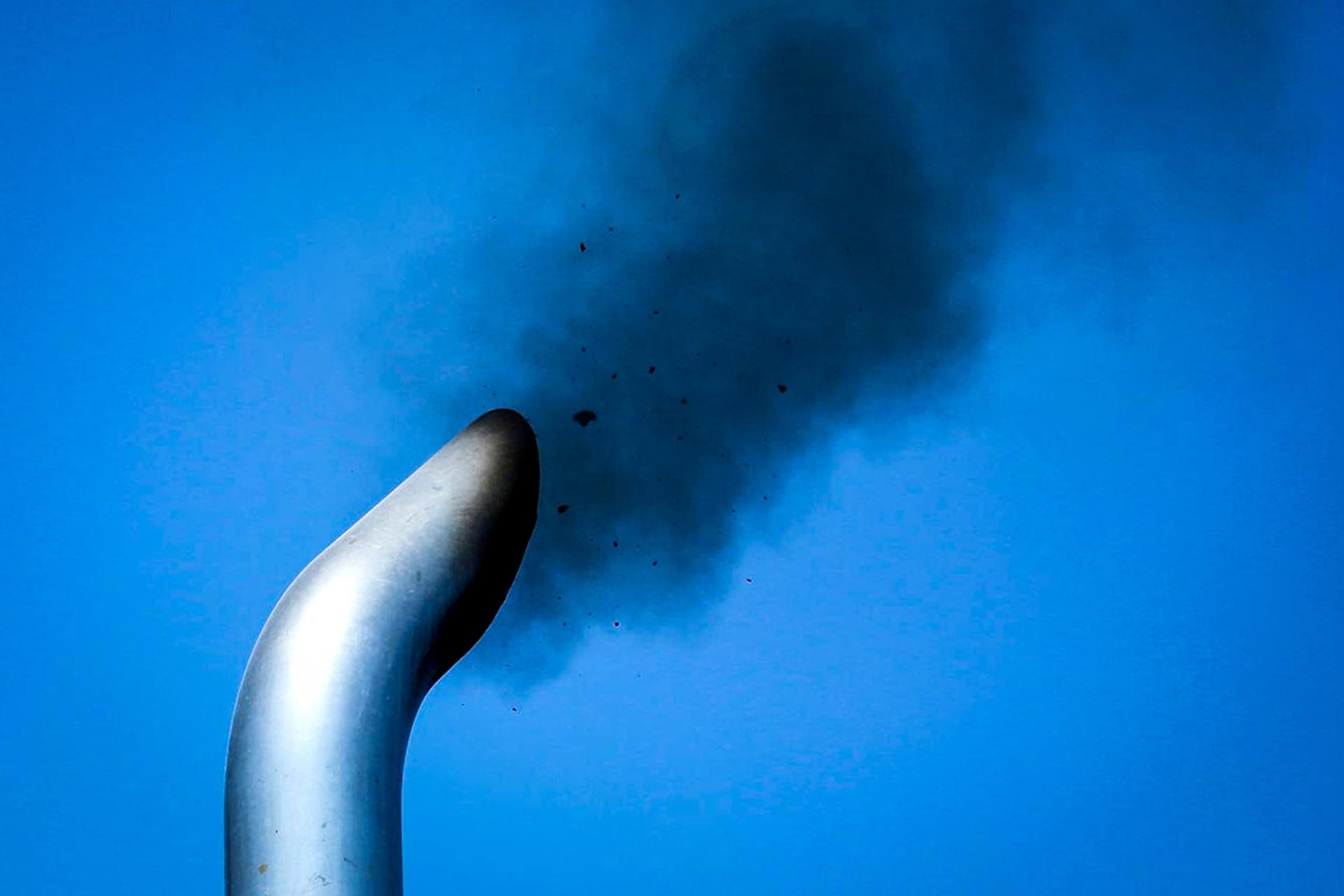 Does DEF have any special storage requirements?

DEF should be stored in a well-ventilated, cool, dry area, especially out of direct sunlight. While the optimum storage temperature is up to 25°C, temporary exposure to higher temperatures has little to no impact on the quality of DEF. However, its worth remembering that DEF is predominantly made up of water, 67.5 percent in fact, which means that it will evaporate if stored at high temperatures for prolonged periods. Keep the cap of the DEF tank and storage containers securely closed to avoid any evaporation.

If some of the water evaporates from the DEF it ratio of 32.5 per cent and 67.5 percent water changes and it what’s referred to as BAD DEF. Other causes of BAD DEF can include the introduction of contaminants such as dirt and small stones. If you suspect that DEF has become contaminated or degraded slightly here are few checks you can perform to find out.

The easiest way to identify if DEF has gone bad is to look at it. The fluid is naturally clear so if it appears cloudy or coloured it is likely that it is contaminated or old. Do not attempt to use the BAD DEF as this can lead to pre-mature equipment failure. On Board Diagnostics (OBD) are able to detect when the SCR system is not performing efficiently, and can de-rate the vehicle to limp home mode. In the instance of DEF and SCR component failure caused by the use of BAD DEF, the manufacturer’s warranty may be void turning these issues into very expensive fixes.

If stored between -10 and +32 degrees Celsius the shelf life of DEF is approximately one year.

Because the storage, handling and use of DEF is a critical part of modern transport operations and an extremely costly unnecessary expense it you get it wrong, many modern fleets are implementing a dedicated DEF care plans that is overseen by a manager who are responsible for educating technicians, operators and other staff about best practices. 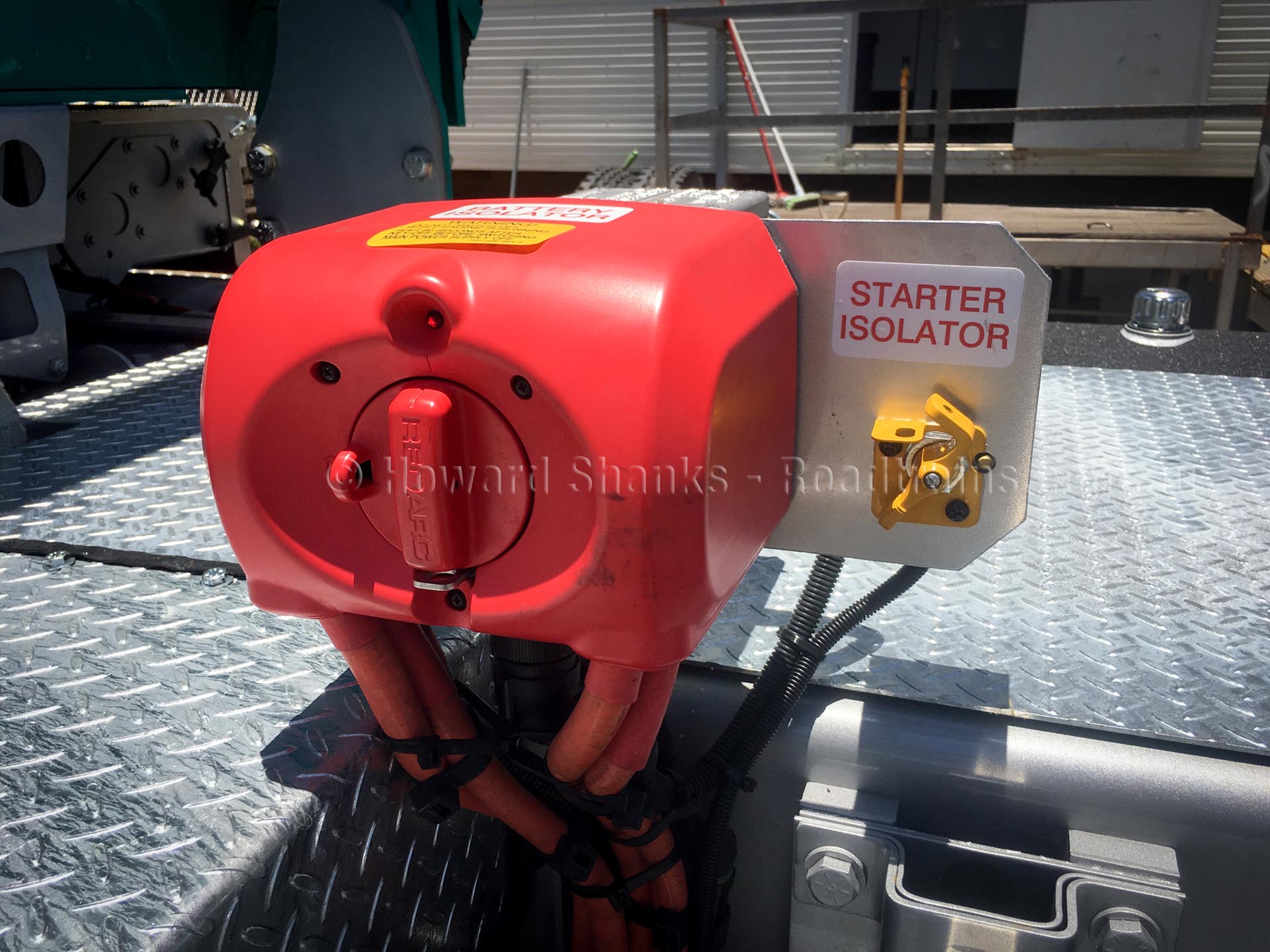 How much DEF will a truck consume?

DEF consumption is estimated to be approximately between four to eight per cent of the diesel burn depending on the vehicle application, duty cycle and load. Although most manufactures are advising that given the increased economy of modern fuel-efficient engines the overall combined cost of diesel and DEF is less than that of truck from 10-years ago.

What will happen if I run out of DEF?

A lack of DEF will not damage the engine in the short term, but it only takes a top up of five litres of DEF to give the vehicle a 300-kilometre range. For vehicles manufactured after October 2007 legislation dictates that in the event measured engine emissions are detected with excess NOx for any reason, such as running out of DEF, the engine’s torque will be restricted to 60 per cent of its peak level to encourage prompt rectification. Thankfully most vehicles alert the driver when the DEF tank is getting low. For instance, in a Kenworth the yellow after treatment light illuminates when the DEF tank has 12 per cent left without any engine de-rate. A second driver alert will occur when the DEF level reaches six per cent, and an engine de-rate will only occur after the engine is switched off Therefore you can still drive to a service centre and top up the DEF tank without fear of an engine de-rate.

So, at the end of the day, don’t forget to wait that 80 seconds before turning off your battery Isolation switch.