27-Meter B-Doubles to get Green Light 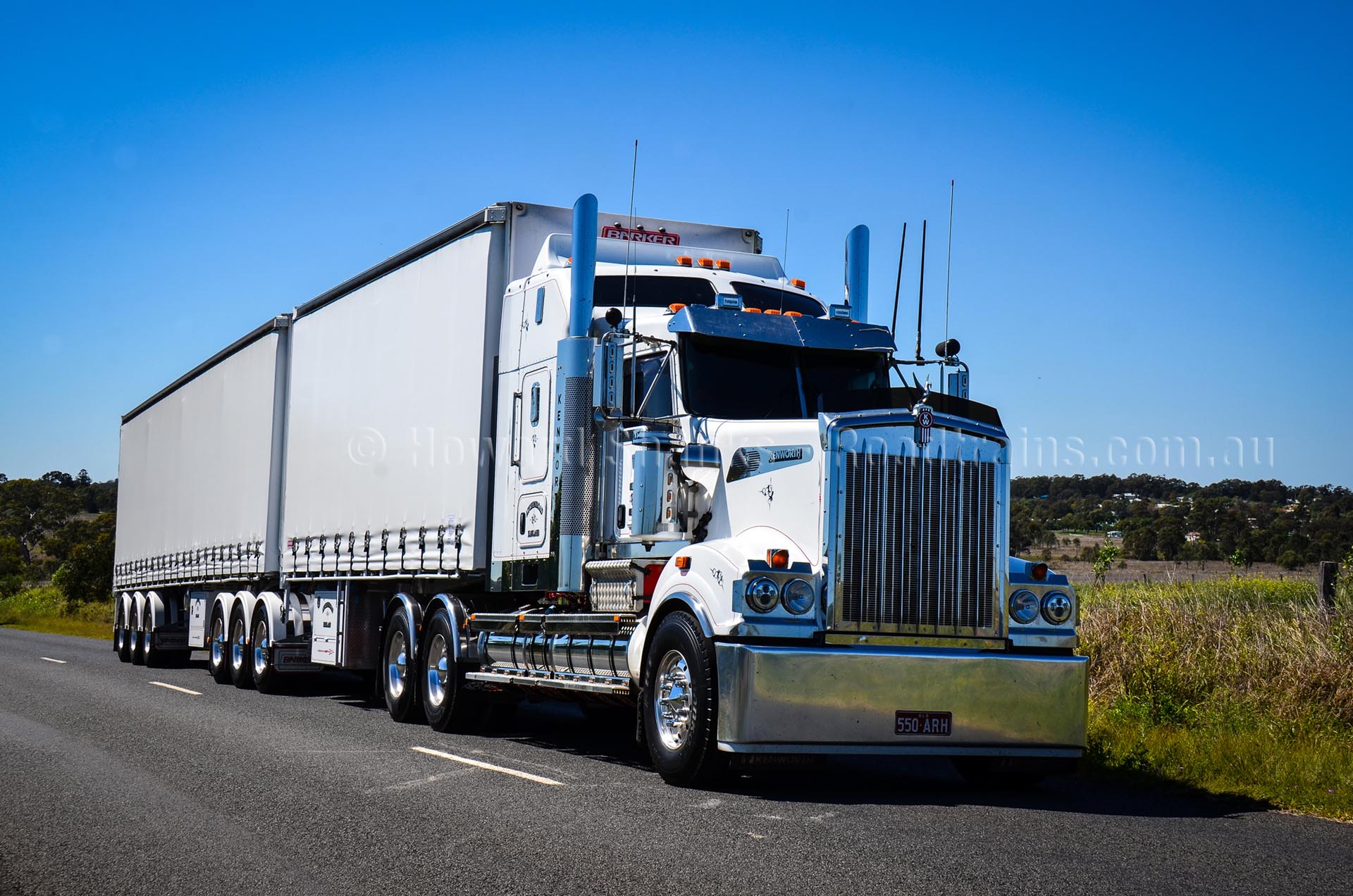 For many years, industry bodies have been lobbying to have the restrictive existing 26-Meter B-Double length laws changed to allow longer bonneted prime movers with larger capacity sleeper berths. Finally, there is a light at the end of the tunnel.

Safety is the main driving factor behind the need to extend the length of a B-Double by one meter. That additional meter in length will allow fleets to specify bonneted vehicles with larger sleeper bunks to provide vastly improved areas for drivers to improve their fatigue rest periods. This is especially important for fleets running two-up driving teams.

Certainly, the B-Double configuration has improved the efficiency of road transport in Australia. However, since the inception of the B-Double in the nineties, its evolution has been thwarted with bureaucratic bungling as trucking operators encouraged trailer manufactures to extend deck lengths to squeeze on an extra pallet or two. Consequently, this forced truck manufacturers to greatly reduce the wheelbase of their prime movers to squash them into tight overall vehicle length.

Secondly, by adding an additional meter to B-Double lengths, means it will be far easier for fleets that operate AB-Triples, Modular B-Triples and the like which predominantly run on Type-1 road train routes at 36-meters.

Bonneted prime movers have been the preferred option of long-haul operators for decades for many reasons, like increased fuel carrying capacity, superior ride and handling with a longer wheelbase and generous room for storage and living.

Just one of the many challenges that road transport faces in Australia.

The new 27-meter B-Double length, which is rumoured to include the same fixed length from the kingpin on the lead trailer to the back of the rear of the trailer, will go a long way to address this problem, improve transport efficiency and productivity. 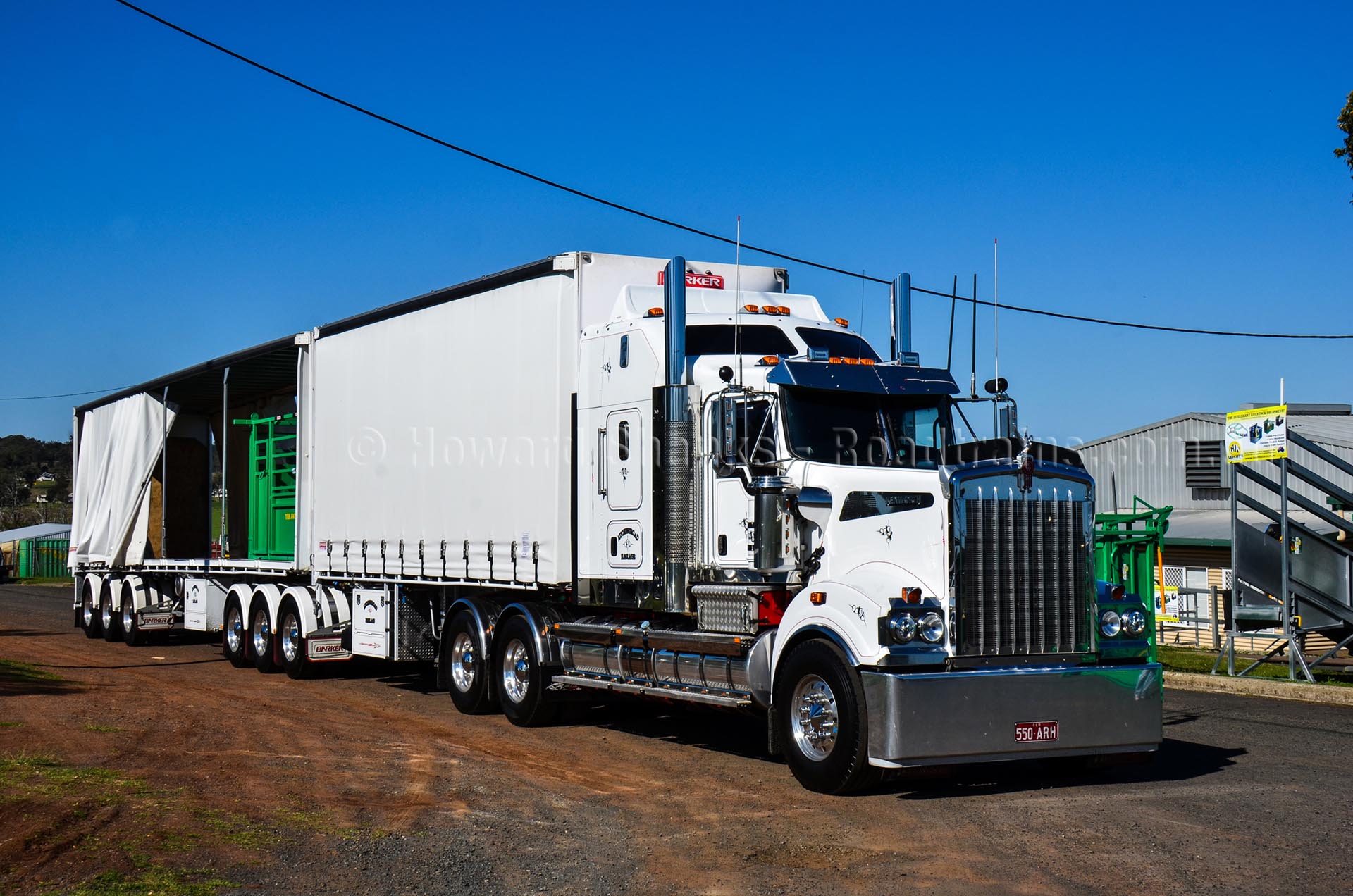 Brief History of the Australian B-Double

In the early nineties, a B-Double was limited to 23-meters in length with a capacity of 30 pallets of deck space. At the time there were no internal dimension limits other than specific axle spacing requirements for mass limitations.

By 1995 after the success of extensive trials across Australia using 165 B-Doubles operating at the proposed new 25-meter length with a GCM of 62.5-tonne Australian Vehicle Standards Rules were amended to allow an increase of 2-meters in length from 23 to 25 meters for B-doubles. However, there were still no specific restrictions on trailer lengths. Although the livestock industry was quick to adopted deck length limitations on B-doubles, and retain their volume loading status.

The insatiable quest for greater productivity pushed design for trailer configurations out to 34 pallets, which further reduced the space for prime movers to fit in the 25-meter length.

By 1999, truck manufacturers and operators were raising concerns about the ongoing safety and handling of B-Doubles due to the increase in trailer deck length and reduction in space for the prime mover. In a 2005 NTC report on the Regulatory Impact Statement on the length limits for B-Doubles prepared by Bob Pearson, it proposed that the overall length of a B-Double be increased from 25-meters to 26-meters, with fixed restrictions on the distance between the kingpin on the lead trailer and the rear of the B-Double limited to 20.6 meters. Included in this proposal was the addition of safety features such as FUPS and ECE-R29 cabin strength standards, an addition driven by European truck manufactures who, at the time, were struggling to get vehicles to fit the 25-meter length requirements.

The introduction of the 26-meter B-Double provided operators with a larger selection prime mover choice. It meant that vehicle handling improved with slightly longer wheelbases. It also allowed existing 36 pallet trailers and for combinations to carry 3 TEUs (3×20 foot containers) with a wider selection of prime movers.