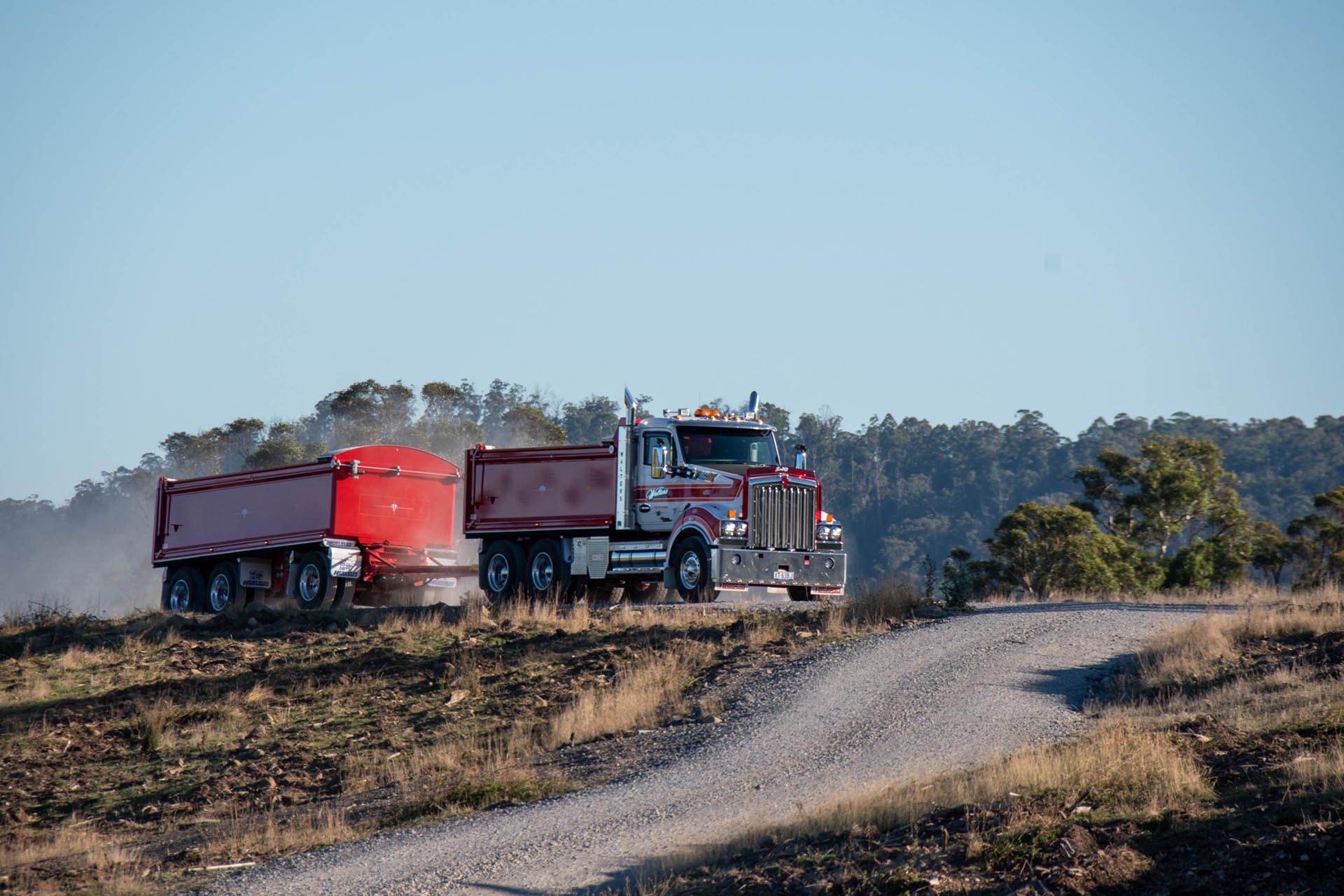 Emily Shadbolt drives a new Kenworth T410SAR for Tasmanian based Walters Contracting. She explains what it’s like being a young woman working in what was once considered a “man’s club” and offers encouragement for other women contemplating a career in road transport.

It’s fair to say that when a family company is in the hands of the third generation and been trading for more than fifty years, business decisions are well planned. They’re decisions driven by experiences often taught by life rather than gleaned from textbooks; proficiencies passed down from generation to generation. To a certain degree, that is the case at Walters Contracting in Deloraine, Tasmania.

Consequently, when Joseph Walters starts talking about truck specifications and what works to deliver the best productivity and profitability based on the transport task, it’s well worth getting your notebook out and jotting down a few key points.

“It was a tall order, but we were searching for a truck that could perform dual roles,” Joseph said. “We required a nimble, manoeuvrable body truck that could work out of our Devonport landscape supply yard, where deliveries are mostly into tight building sites. At the same time, when we have large civil construction projects, we wanted it to slot into a bulk delivery role.” 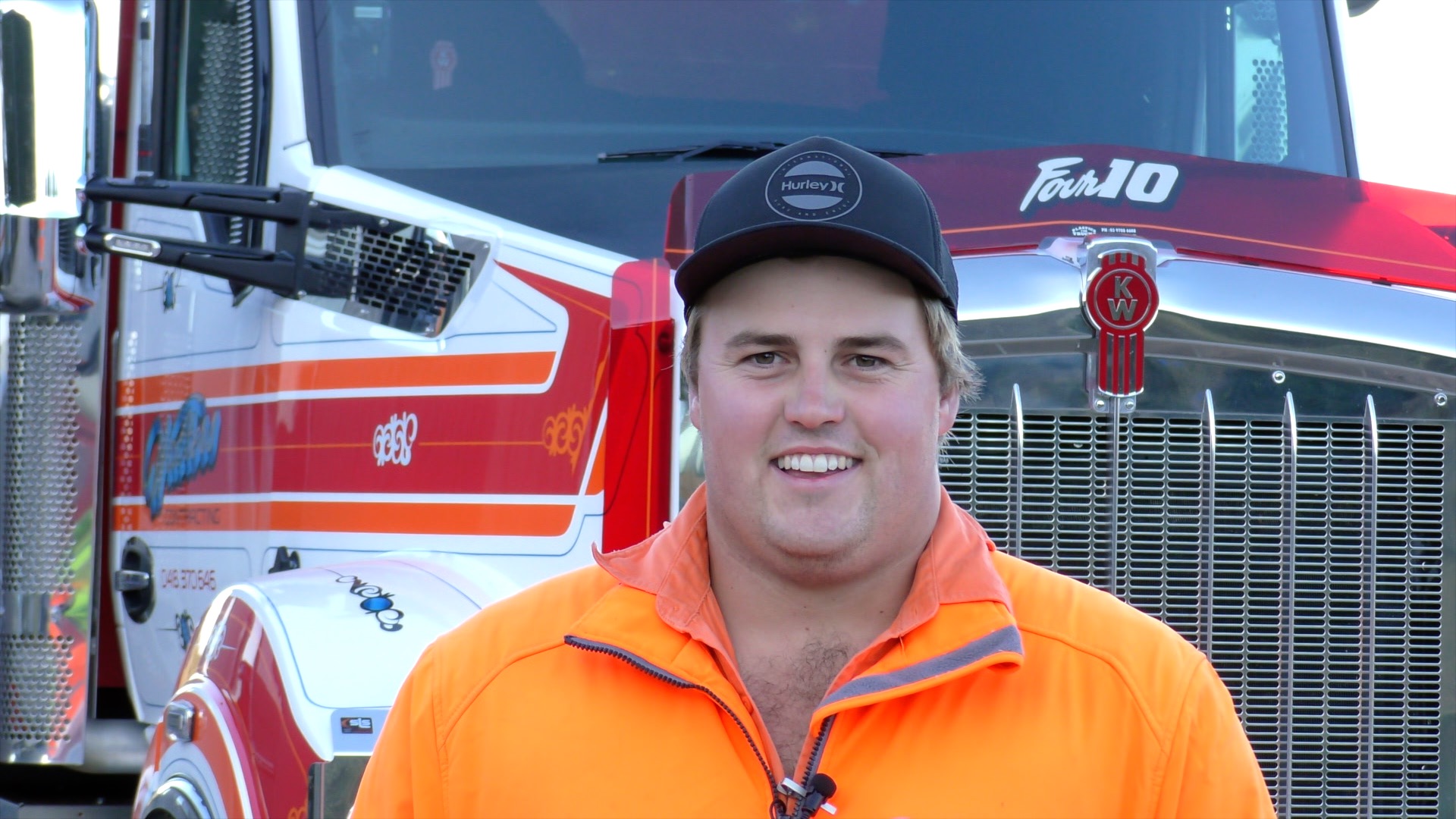 Joseph Walters says the payload of the T410SAR is a big advantage.

“The T410SAR is the tenth Kenworth in our fleet,” Joseph added. “Our other Kenworth trucks are bigger, heavier models, specified to endure the more rugged working conditions of civil construction tasks. Subsequently, when we started talking to Chris Saltmarsh at CJD in Launceston about sourcing a more versatile model for our operation, he suggested the new T410SAR might fit the bill. Because it features an extensive specification option list that enabled us to customise the specs to find the balance between a robust, yet light weight, tipper that would deliver the versatility we were searching for with this new truck. For instance, when you start adding ‘Hardox’ tipper bodies with rock ribs, your tare weight goes south along with any payload gains you’re chasing rather quickly.”

“Nevertheless, the light tare weight of the Kenworth T410SAR combined with the proven reliability and economy of the PACCAR MX13 engine under the hood certainly ticked a lot of boxes for us,” Joseph explained. “The fact that we could specify it with a traditional 18-speed manual transmission and Meritor RT46-160 rear axles like our bigger trucks were pleasing. From a fleet point of view, it’s terrific because it gives us parts commonality across the fleet.”

“So far, we’re more than pleased with the economy and payload we’re getting from the new T410SAR,” Joseph continued. “With PBS, we are getting a 32-tonne payload, which is great considering the robust construction of the truck and trailer combination.” 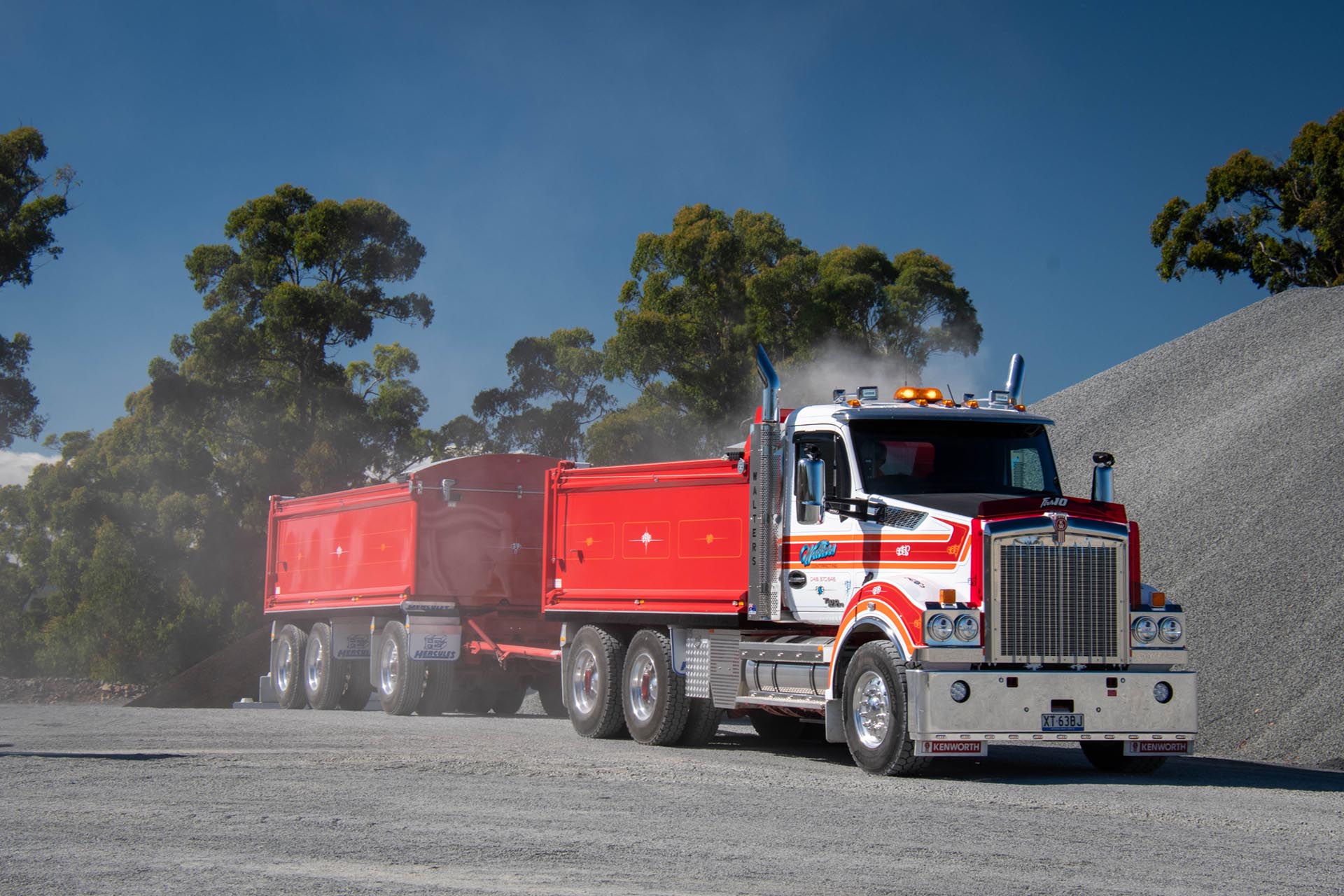 “At the moment, we have a three-axle dog trailer behind the T410SAR, but there is nothing to stop us from coupling it up to a quad dog in the future,” Joseph added. Because Chris Saltmarsh explained that the T410SAR’s shorter bumper-to-back-of-cab (BBC) length of 2,850mm, is primarily designed to provide for maximum payload for truck and quad-dog applications.” 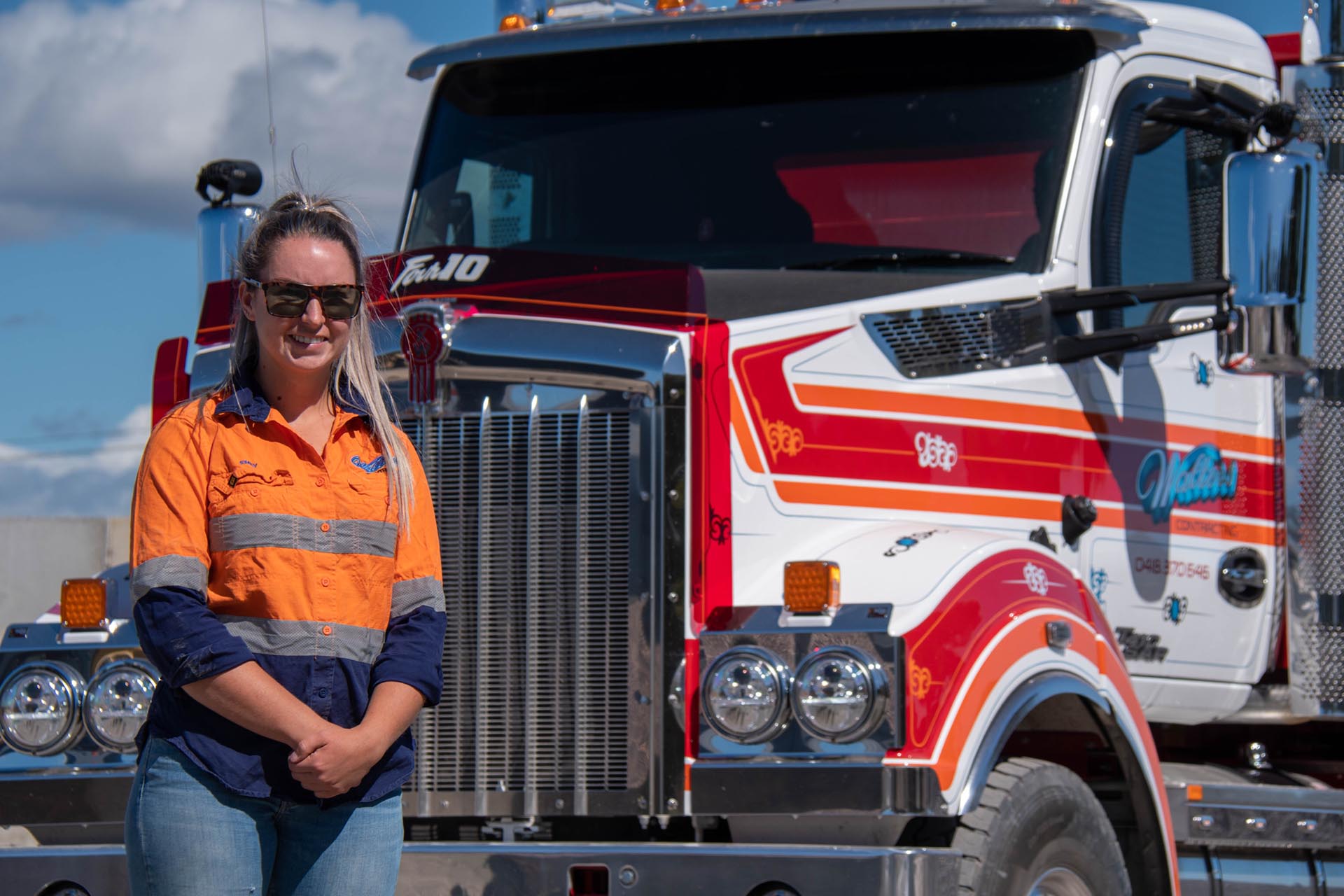 Emily Shadbolt enjoys the comfort and vision of the new T410SAR.

When asked what the best thing about the new T410SAR is, driver, Emily Shadbolt, smiled and said, “It’s so luxurious to drive.”

Before stepping behind the wheel of the T410SAR, Emily drove Walters’ old W-Model. “Don’t get me wrong,” Emily began. “That W-Model is a great truck, and it certainly gives you an immense appreciation of how far along technology has come when compared to the new T410SAR.” 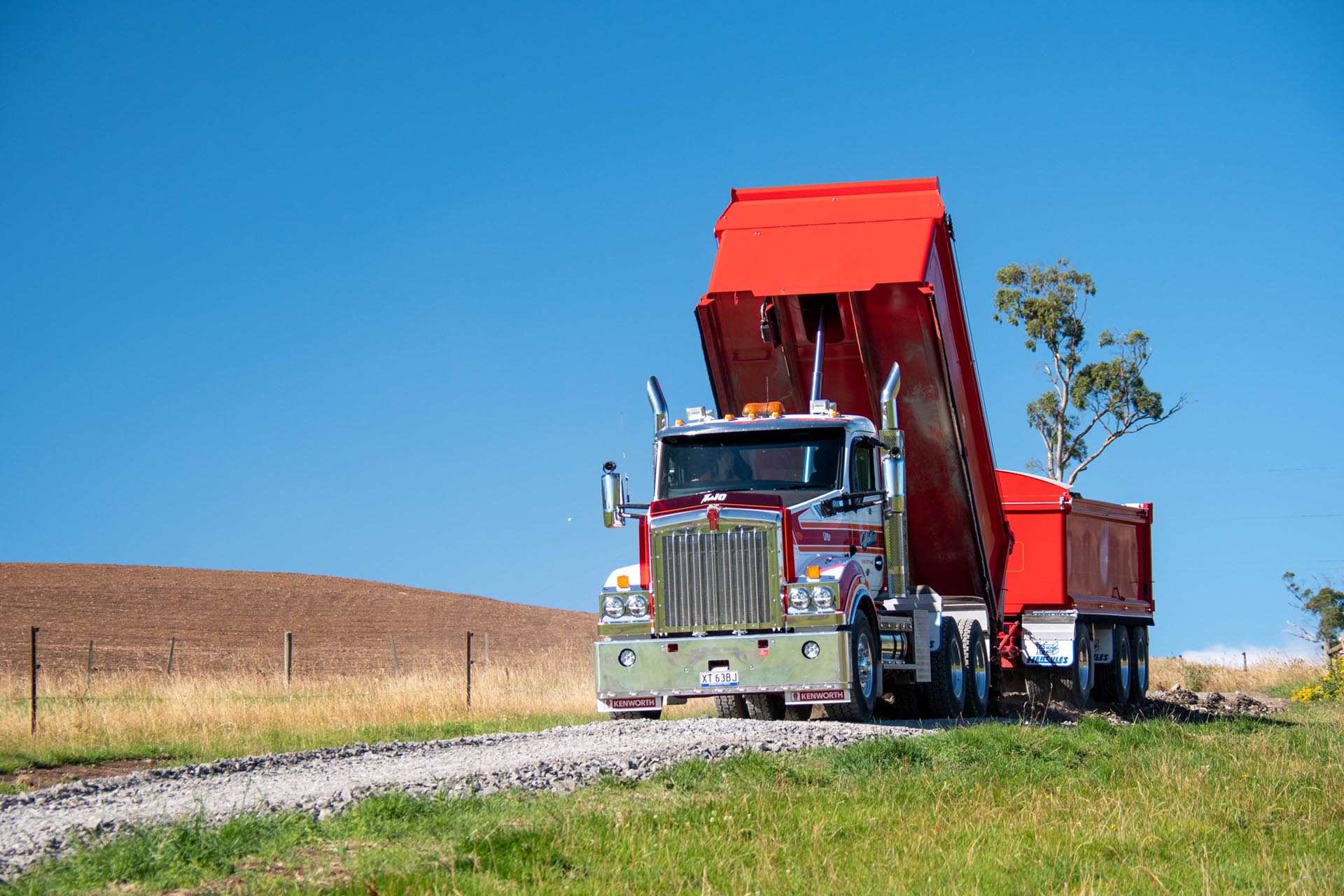 Running gravel with the T410SAR.

“The visibility out of the T410SAR’s cabin is exceptional,” Emily explained. “Since the mirrors on the T410SAR sit lower than traditional mirrors on other trucks, they enable a broader panoramic view because I can see over the top of the mirrors. However, I like the rearward vision too, especially when I’m running gravel because they are so sturdily mounted there is no vibration. Even when backing the trailer, I can adjust the mirrors to follow the trailer while I’m reversing.” 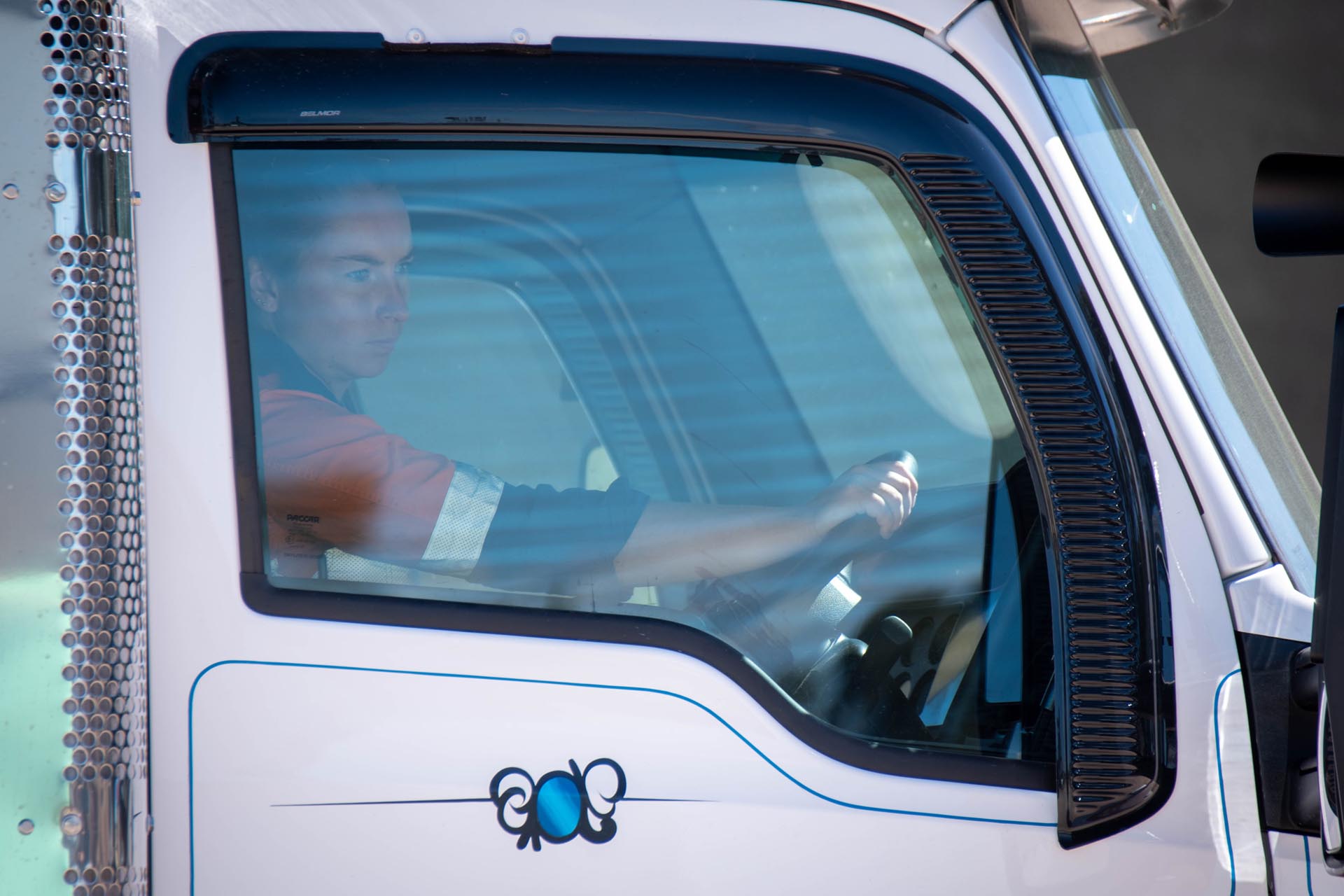 I like the rearward vision when I’m running gravel because there is no vibration.

“The dash layout is well thought out. All the critical gauges are easily viewed with a glance. The dash display menu also has some useful features, like the four trip meters, driver score and digital gauges.”

“The trip meter is handy for our job costing too, because I can zero the trip meter at the start of the load, then get a snapshot of the trip at the end of the journey,” Emily revealed. “The snapshot provides useful information such as fuel used, average speed, distance covered and idle time to mention a few.”

Daily checks are another area of the T410SAR that Emily has high praise. “The truck’s light check activation button on the key FOB makes checking the lights easy during my pre-start,” Emily added. “I use it every day”. 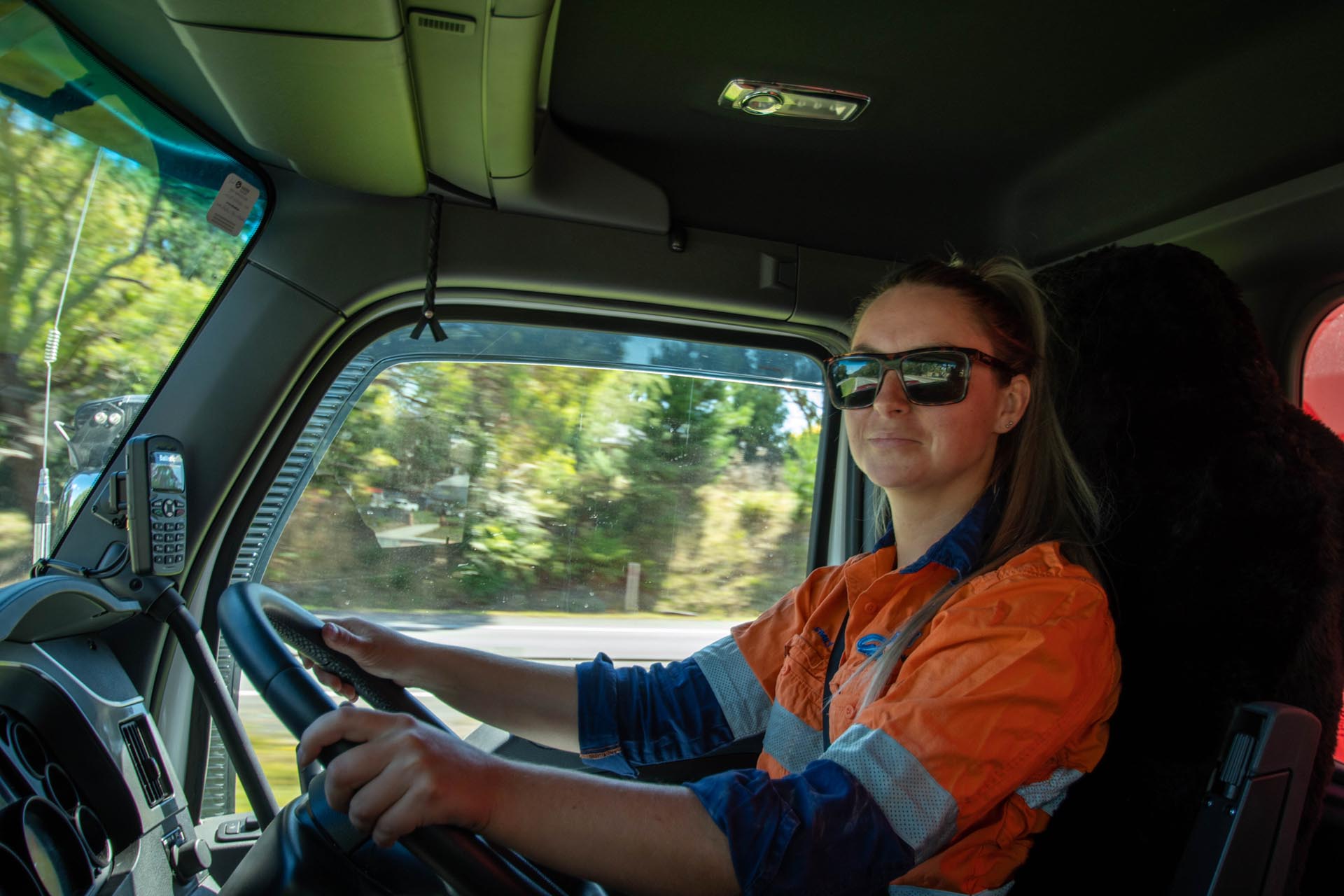 “The ride and handling of this T410SAR is terrific,” Emily says.

“The bonnet is so light to lift,” Emily smiled. “The T410SAR is the first truck that I’ve been able to open the bonnet by myself. With the other trucks, I’d have to get my dad to help me open the bonnets because they were that heavy. This T410SAR has an automatic lock on the left-hand bonnet strut that prevents the bonnet from accidentally closing, an excellent safety feature, especially for us here in Tasmania where we often get strong winds that can blow a hood closed.”

“The ride and handling of this T410SAR is terrific. For instance, even on the narrowest rough country back roads, the steering is precise. The truck goes exactly where I steer it. My partner even commented on how much happier and how much more energy I have when I get home in the evenings since I’ve started driving the T410SAR,” Emily added. “That certainly reiterates how the improved ride and handling of this truck make my work so much more pleasurable.”

When asked what she considered the biggest challenge getting started in the industry, Emily replied that the transport industry is such a male dominated industry.

“Mind you everyone at Walter’s is really great,” Emily said. “It’s when you go out into the larger workforce there are a lot of people who are not use to seeing a young woman truck driver. Occasionally and somewhat sadly I get the odd snide comment about woman not driving trucks. But thankfully most people offer encouragement,” Emily added.

When asked if she had any advice other young woman wanting a career in road transport Emily replied with a smile. “Go for it!” 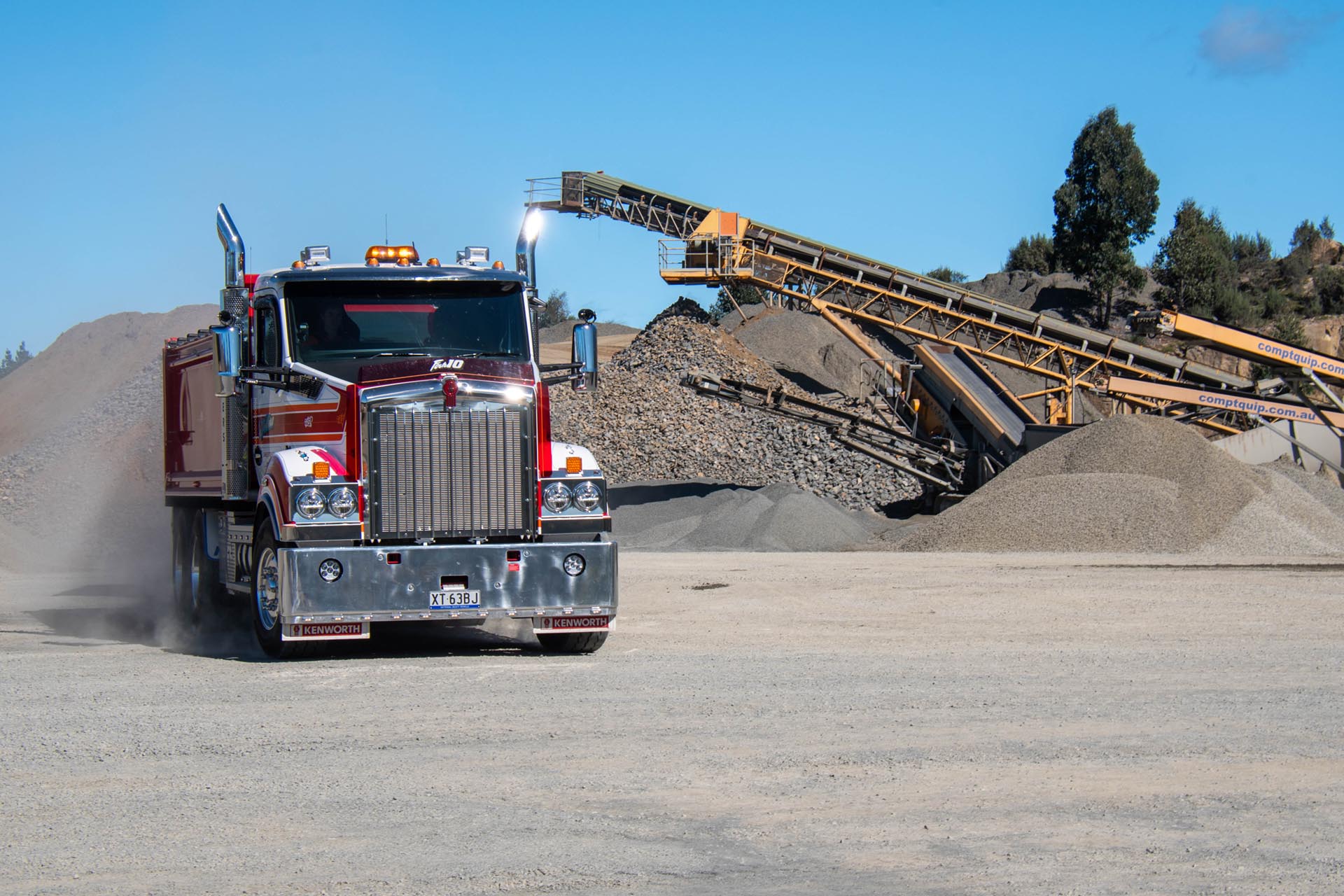 With PBS, we are getting a 32-tonne payload, which is great considering the robust construction of the truck and trailer combination.” 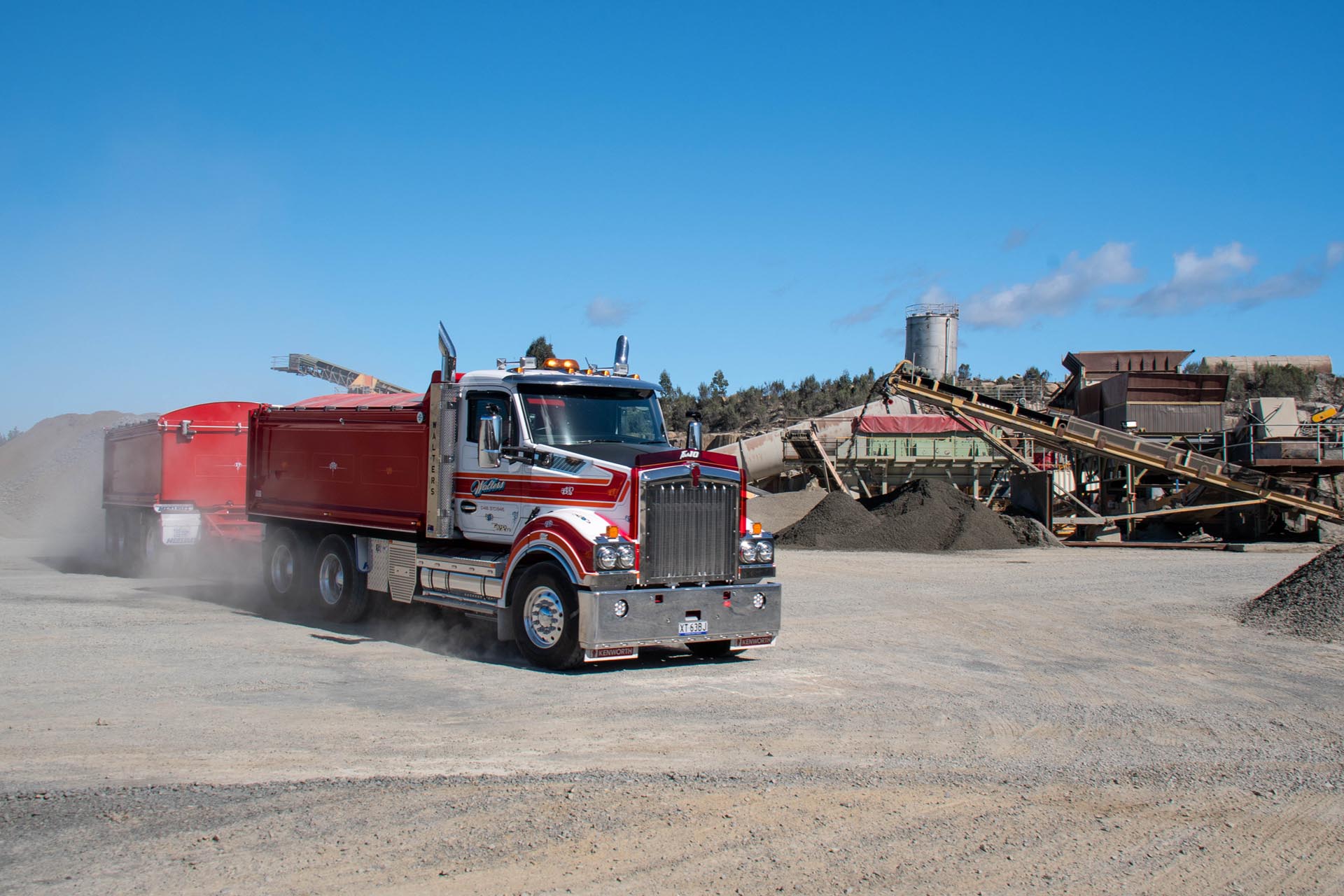