Mills Freightlines has chosen the Freightliner Cascadia as part of its safety-first policy.

The family business based in Brinkworth, South Australia and headed up by husband and wife team Paul and Jayne Mills, selected a Freightliner Cascadia 126 in part due to its class-leading safety features. 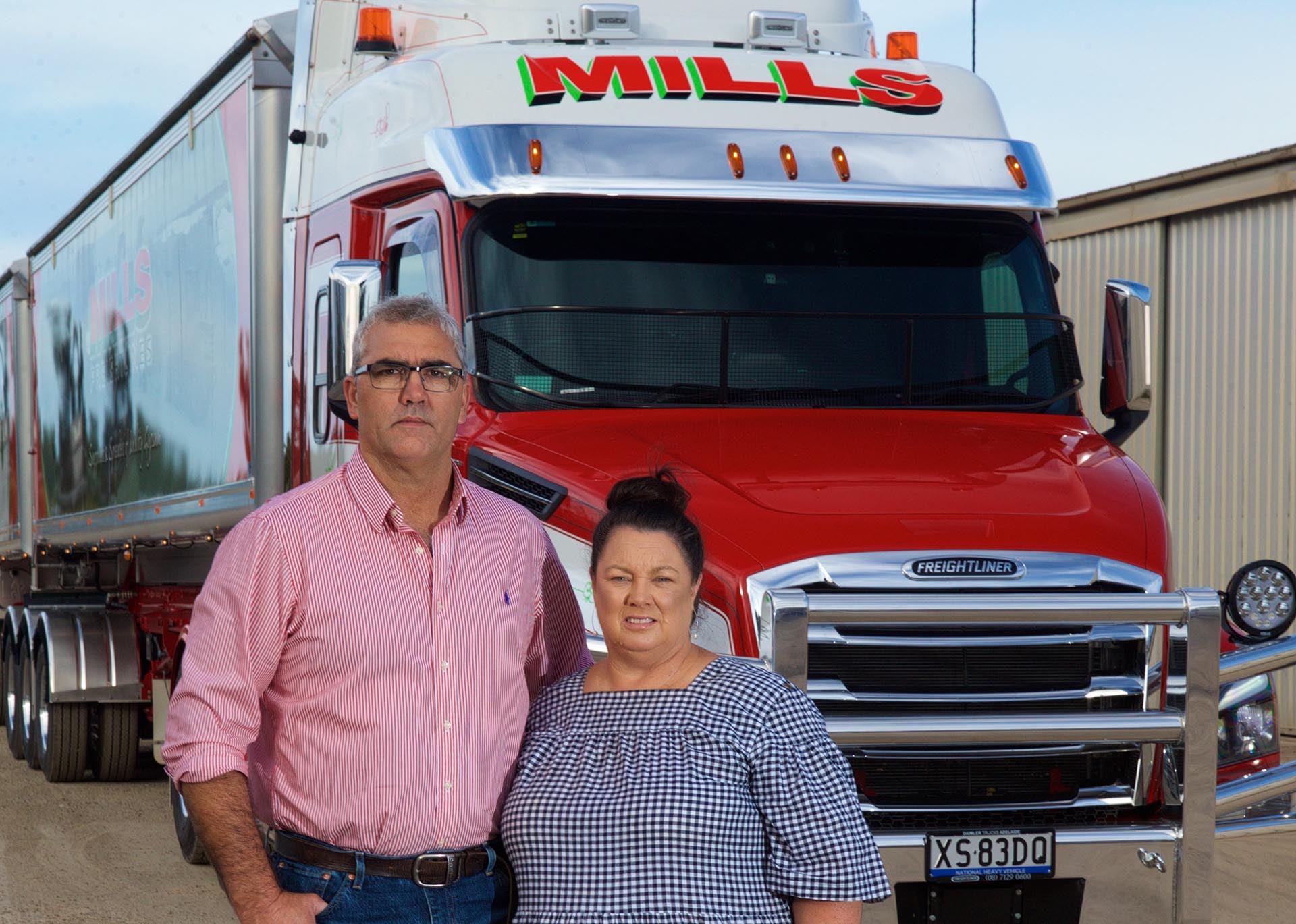 It goes above and beyond with safety features for all its equipment, so selecting the safest truck in the class was a straightforward decision.

“We are market leaders in safety and we wouldn’t want it any other way,” Paul Mills says.

Mills Freightlines invests in full TEBS trailers that sound an alarm if they lean past a safe angle, live tracking, fire retardant systems, trailer tyre heat and pressure sensors, fatigue monitoring systems and front, rear and driver-facing cameras, so it was pleased to see so much standard safety equipment as standard in Cascadia.

The Cascadia is the only conventional truck in Australia to be fitted with a driver airbag and is now available with an optional side head-protecting airbag for the driver. 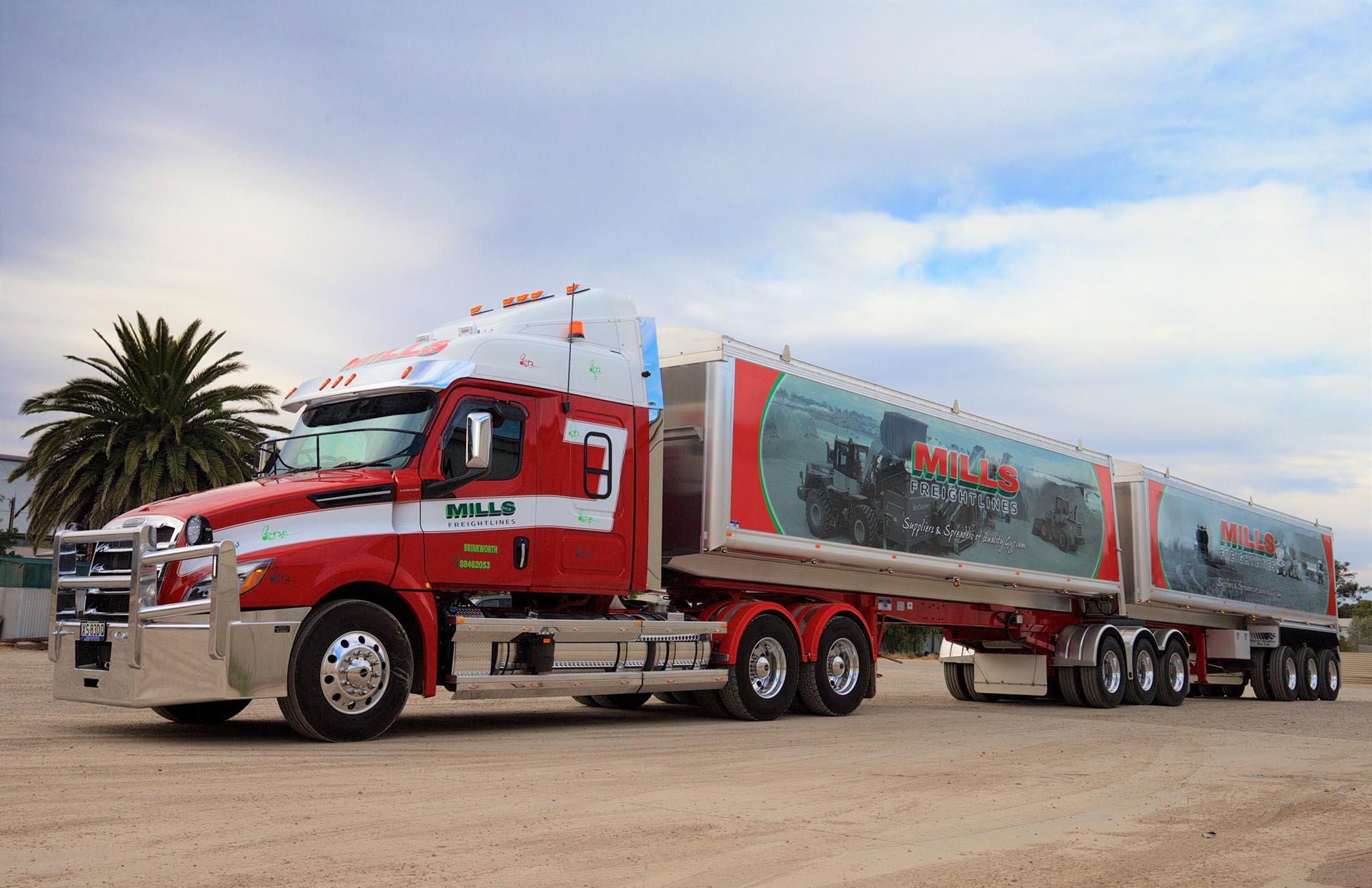 “The system works very well and it just allows the driver to really concentrate on the road in front of them and what is going on up ahead,” Mr Mills says.

“It is an excellent system,” he adds.

Mills Freightlines also ticked the box for the optional radar-based Sideguard Assist system, which uses radar to detect people, cars and other objects down the side of the truck when it is about to move left into a lane or turn left.

Safety was important to Mills Freightlines when choosing its new truck, but so was fuel efficiency.

Mr Mills, who has a fleet of 14 trucks, was familiar with the Daimler engine and transmission technology thanks to his Mercedes-Benz Actros models that are extremely efficient. His Cascadia runs a 16-litre six-cylinder Detroit producing 580hp and 2050 ft/lb of torque, which is connected to a DT12 12-speed Automated Manual Transmission (AMT). 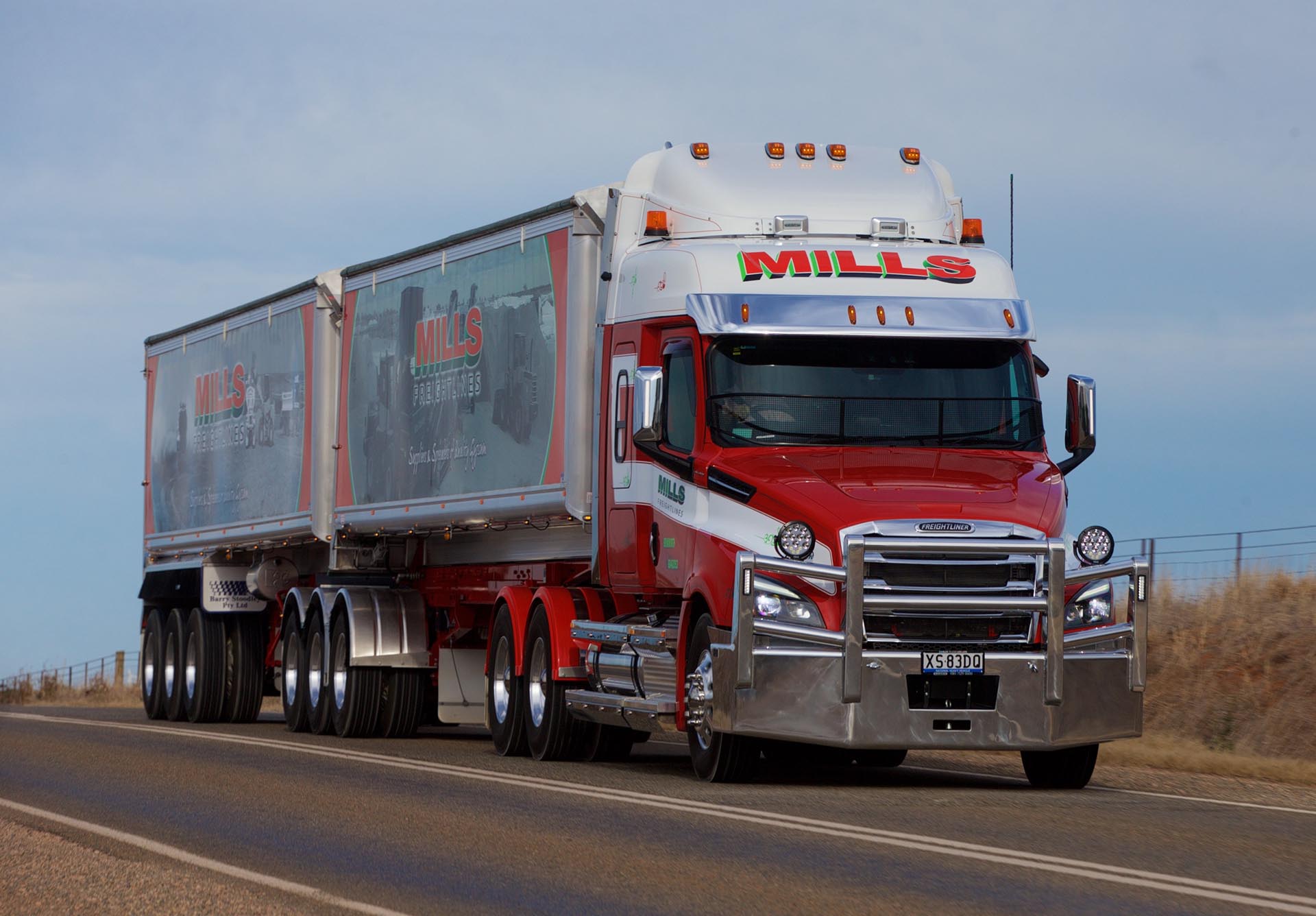 He is delighted by the fuel numbers the Cascadia returns as it hauls fertiliser on a run that takes in Walleroo, Port Lincoln and Port Adelaide.

“We are getting 1.62km per litre running 91 tonnes loaded both ways,” says Mr Mills.

“That is kind of number you expect from a truck running that route with a 68-tonne B-double.”

The result? Mr Mills is saving a lot of money on fuel. “It certainly adds up,” he says. “Especially when you consider how much it saves over the life of the truck.”

Mr Mills has long been supported by Darryl Siviour from Daimler Trucks Adelaide, who helped him get the specification of the Cascadia just right. Mr Mills says the 126, with a 48-inch sleeper, is “a beautiful truck to drive,” adding that the driver is thrilled with his new machine. 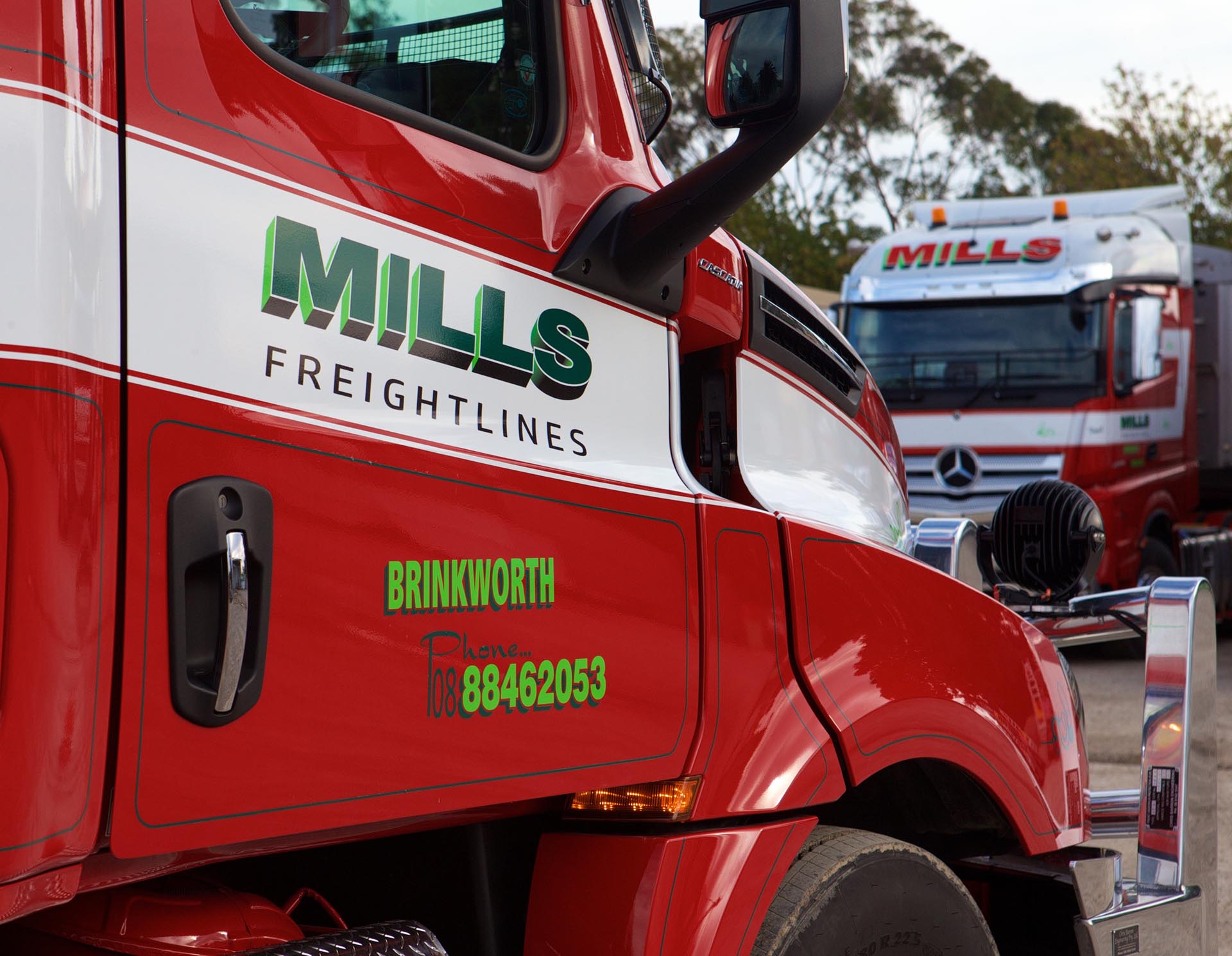