Half a million reasons for Maktrans Cascadia purchase

You are here:
ArticlesFeaturesNewsTruck Articles 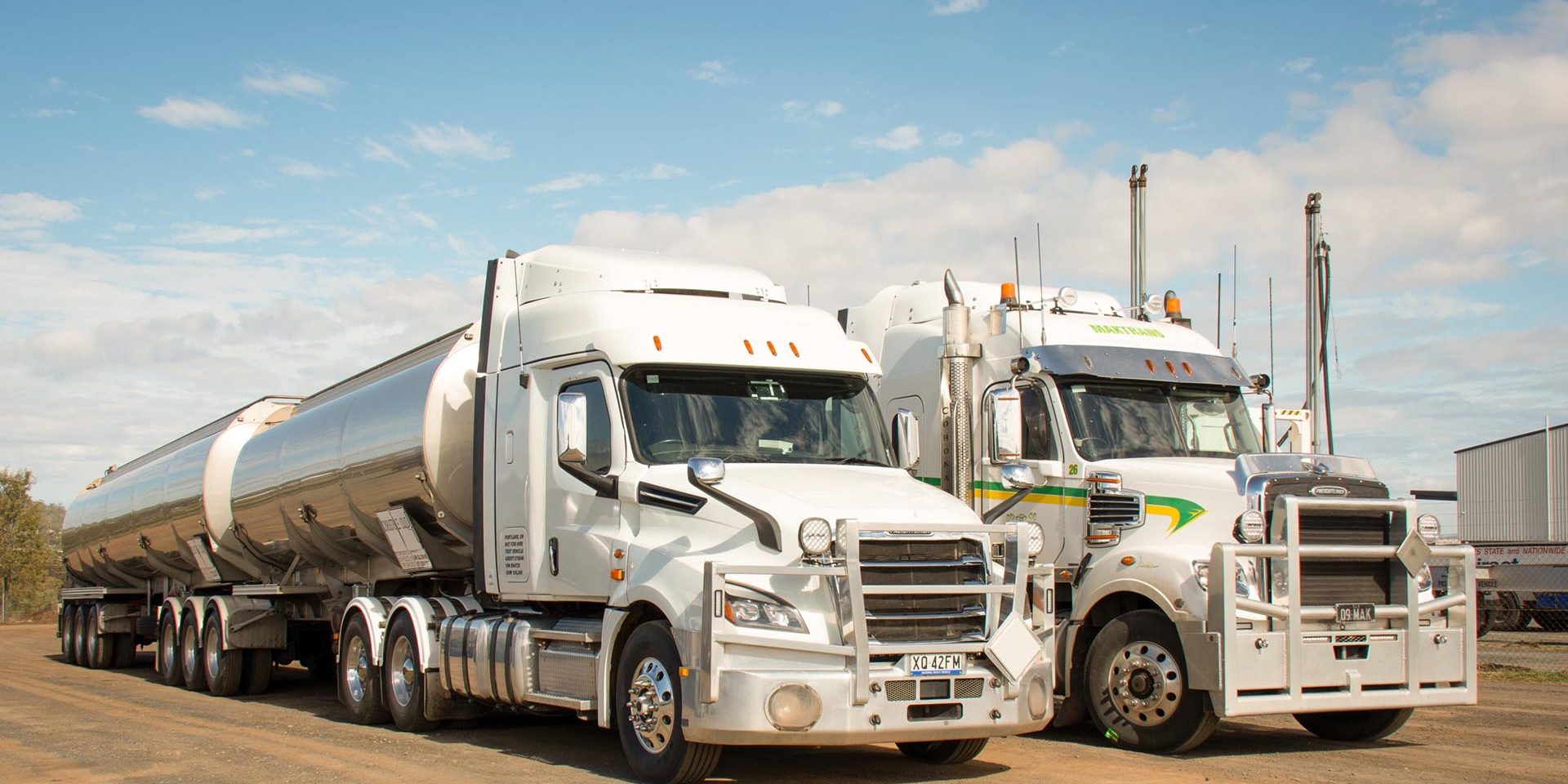 A Freightliner Cascadia test truck with 500,000km under its belt convinced a Toowoomba-based fuel hauler to add another to its fleet. 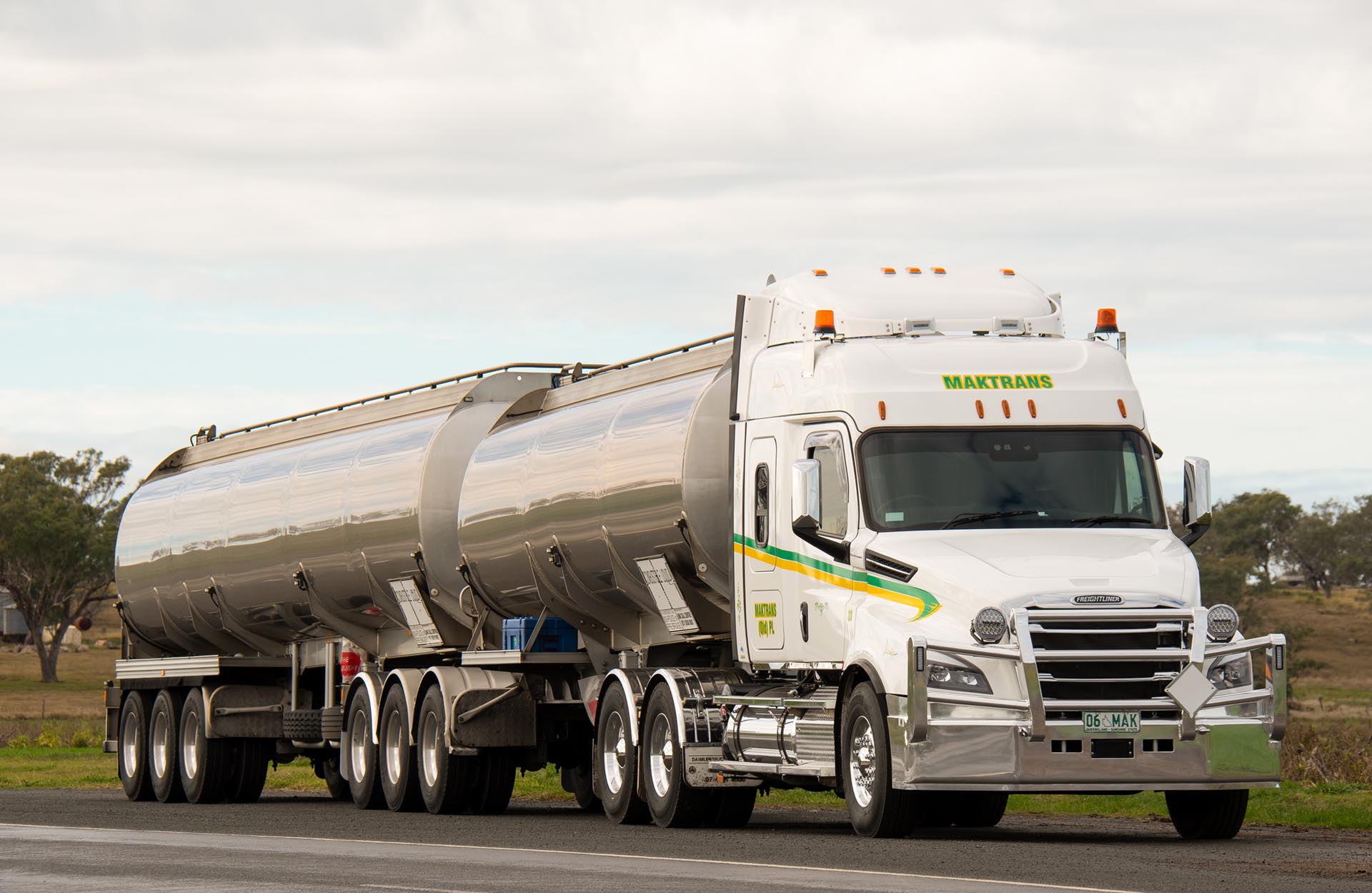 Maktrans played a key role in the local test program of the right-hand drive Cascadia, racking up as many miles as possible in a 126 Cascadia with a B-double tanker trailer set.

That unit is still collecting data in the Maktrans fleet, hitting the half-million kilometre mark just before a new Cascadia 126 was purchased through Daimler Trucks Toowoomba.

“All the drivers comment on how quiet and comfortable the Cascadia is. It has absolutely no rattles or squeaks whatsoever,” Mr Hannemann says. “We’ve not had an ounce of trouble with it,” he says. 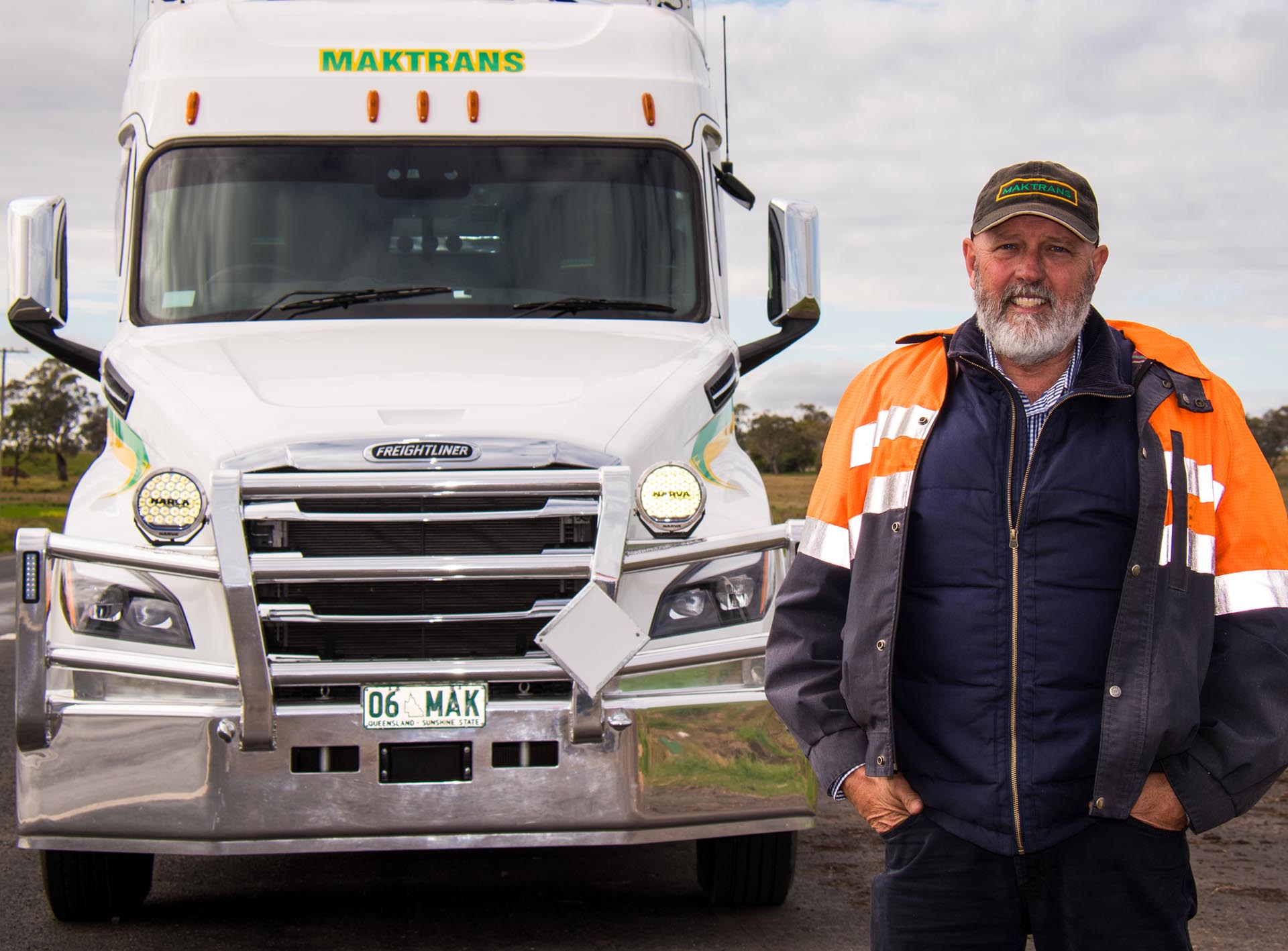 The new Cascadia 126, which features a 600hp 16-litre six-cylinder Detroit DD16 engine linked to a 12-speed DT12 automated transmission, has impressed Mr Hannemann with its fuel consumption. It is the most efficient conventional truck in the mixed Maktrans fleet.

“The leap in technology we see in the new Cascadia is certainly delivering economic gains,” he says. “It’s getting 1.9km per litres at 68.5 tonnes. A lot of that work on the New England highway, which knocks your fuel numbers around a bit.”

The integrated safety technology of the Cascadia was also central to the purchase decision. Features include a driver airbag, radar-based AEBS advanced emergency braking system, adaptive cruise control, lane departure warning and Sideguard Assist, which uses radar to detect people, cars and other objects down the side of the truck when it is about to move left into a lane or turn left.

“Safety is central to what we do at Maktrans, so the level of active safety in the Cascadia is very important to us,” Mr Hannemann says.

Making drivers comfortable and helping then remain well-rested is also important at Maktrans.

“We try and provide a good quality of life for drivers,” Mr Hannemann says. “The spacious, comfortable interior of the Freightliner (with 48-inch XT cab) certainly goes a long way in providing a home-away-from-home for our drivers. Having space and comfort in the truck is important for these long hauls,” he adds.

Mr Hannemann says the driver acceptance of the Cadcadia has exceeded all expectations. “All our drivers have high praise for it,” he says.

The Cascadia is ‘beautiful’ on the road, Mr Hannemmann says, describing it as ‘extremely comfortable’ and ‘easy-to-drive,’ with lots of usable torque.

“The DD16 engine is just so much stronger and smoother than anything I’ve driven before,” he concludes. 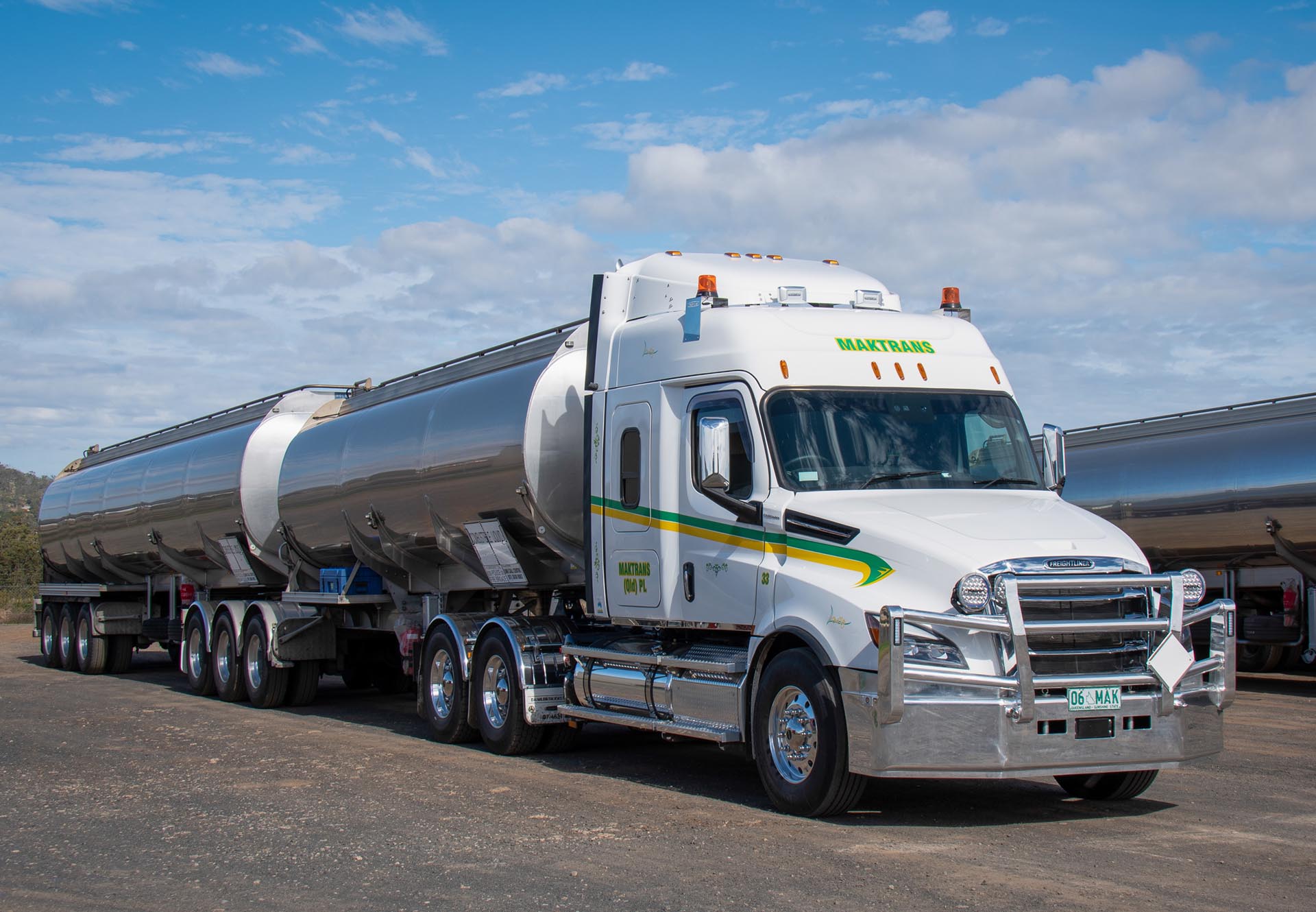 The Maktrans fleet also features a Mercedes-Benz Actros, which shares much of the same technology as the Cascadia.

Chosen for A-Double work, the Actros has been a welcome addition to the fleet.

“The Actros is a perfect fit, and it partners seamlessly with our Freightliners,” he explains.

Both Daimler products are proving reliable, which is important given Maktrans is delivering essential fuel.

“In this business, there are no fail options; uptime is everything because there are a lot of people who depend on us,” Mr Hanneman says.

“Especially during harvest season when demand for fuel is high, contractors rely on us and our trucks to turn up on time. If the rivers flood and the roads are cut off (like during the 2019 QLD floods) or something out of our control, that’s one thing, but we’re responsible for everything that’s in our control. It’s our job to make sure we always deliver the fuel on time,” he adds.