Freightliner Cascadia goes with the grain 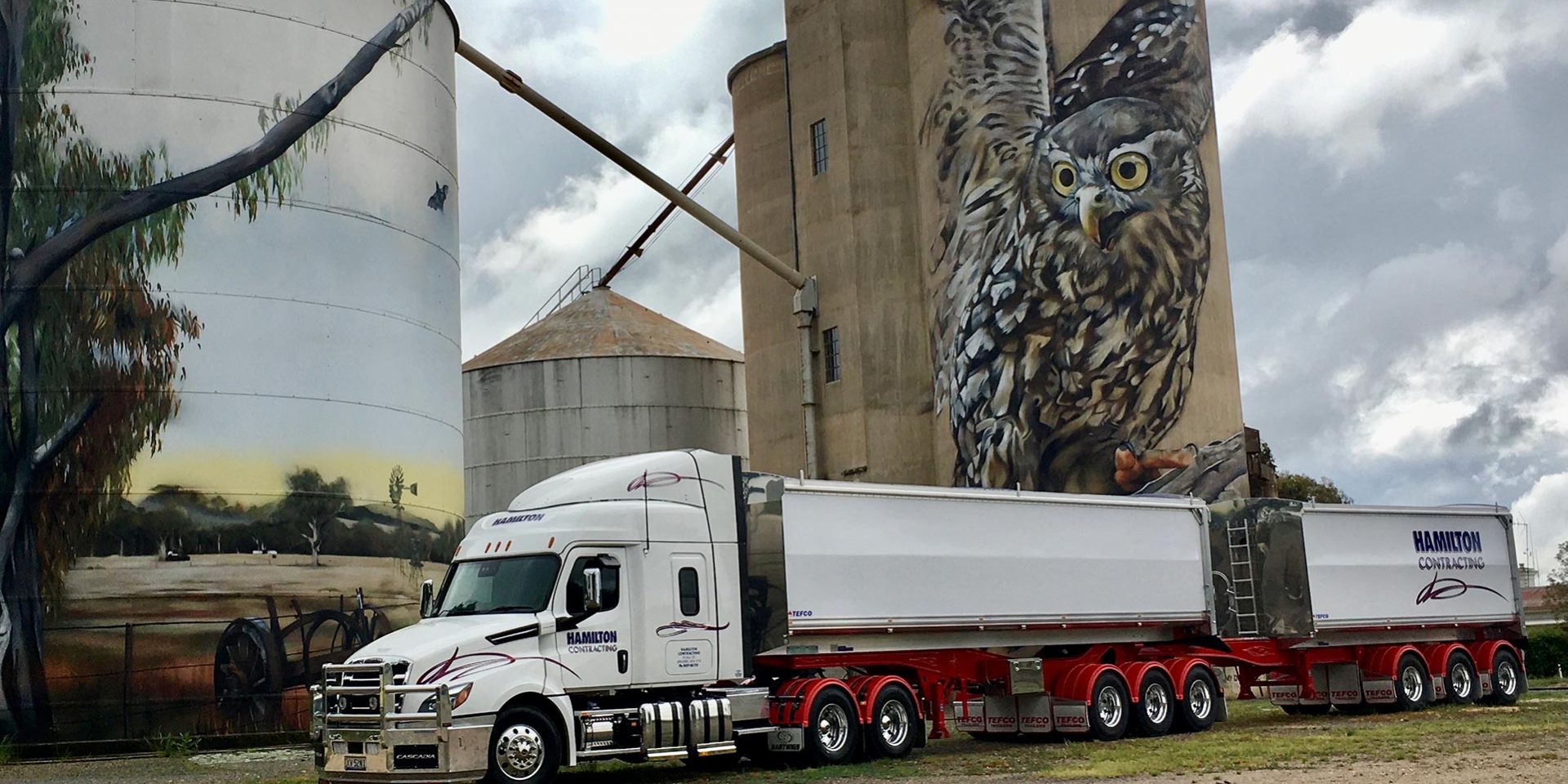 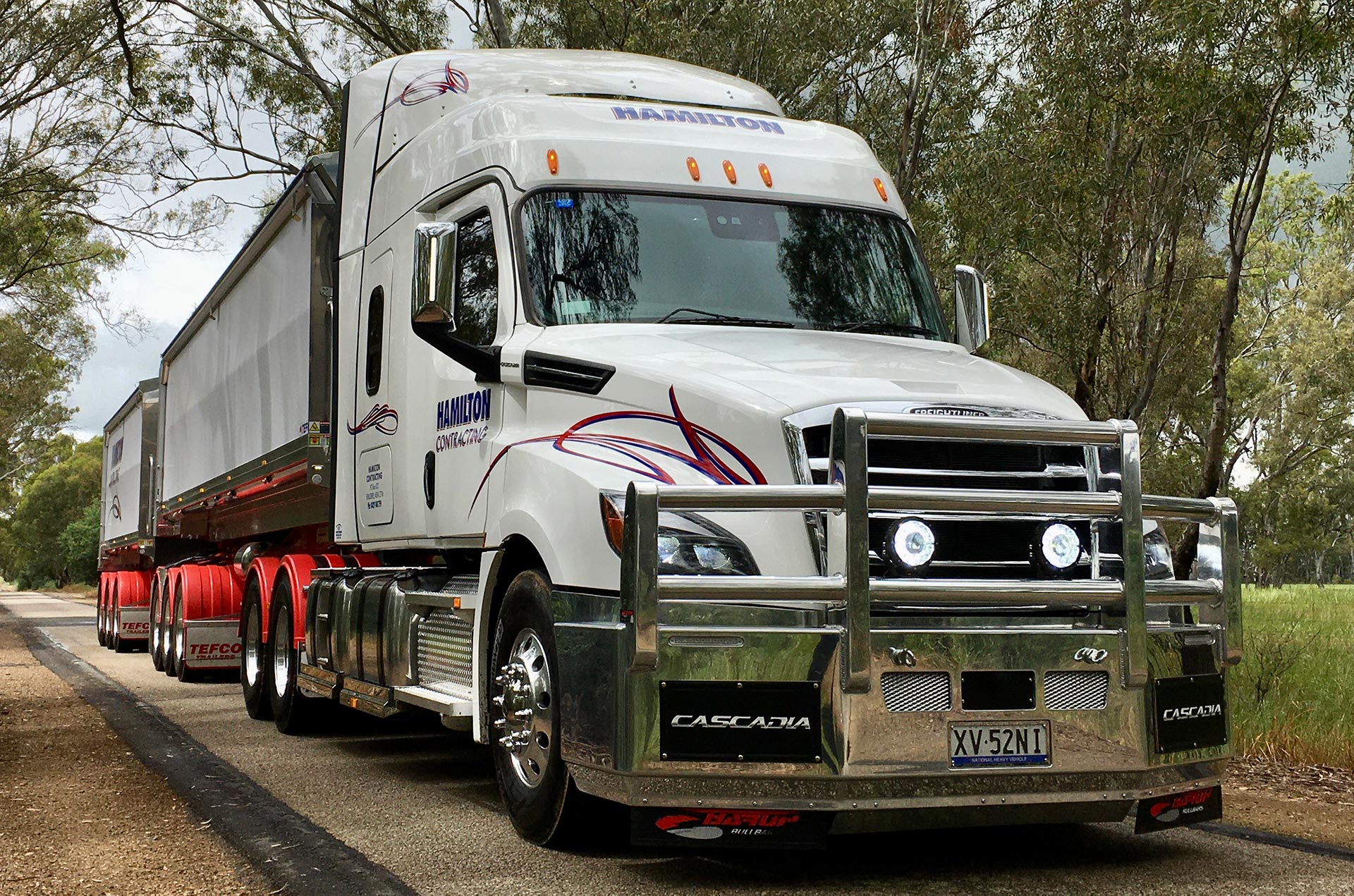 Owner Troy Hamilton added a 126 Cascadia with a spacious 60-inch sleeper to his fleet just before the harvest season last year.

He says it is ‘working a treat.’

He was so impressed that Mr Hamilton placed an order for a second Cascadia 126, which will join the fleet later this month.

The first Hamilton Contracting Cascadia is running with a stag trailer at a combined weight of 68.5 tonnes, hauling grain and fertiliser to and from ports at Geelong and Port Kembla as well as a range of storages across New South Wales and Victoria. 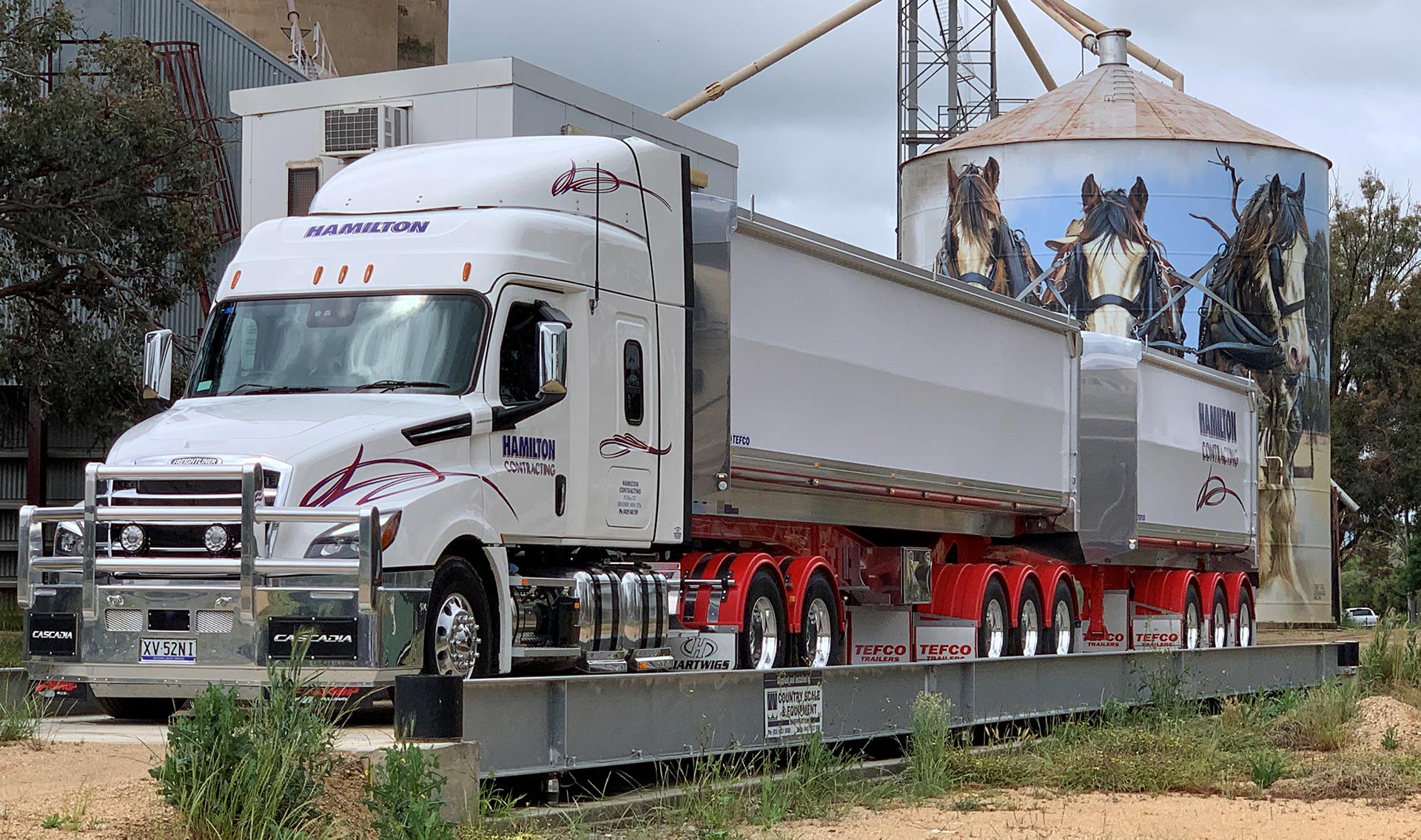 While Mr Hamilton wants to see a year of data before delivering a final verdict on fuel economy, he says the Cascadia is proving to be extremely efficient and is so far the most fuel efficient truck in the fleet.

It has also impressed beyond the fuel numbers.

“If I was to choose to drive a truck tomorrow I would chose the Freightliner every time because the gear-shifting, the bunk space, the long wheelbase, the smooth ride, it is an absolute no-brainer,” Mr Hamilton says.

“The driver driving it loves it, he thinks it is fantastic,” he adds.

The 16-litre Detroit six-cylinder generates 600hp and 2050lb-ft of torque and meets the GHG17 emission level, which is even more stringent than the Euro 6 standard.

Following a positive experience with a Mercedes-Benz Actros, Mr Hamilton thought the Cascadia’s 16-litre engine and 12-speed Automated Manual Transmission would perform well and he was right.

Reaping the rewards of record harvest 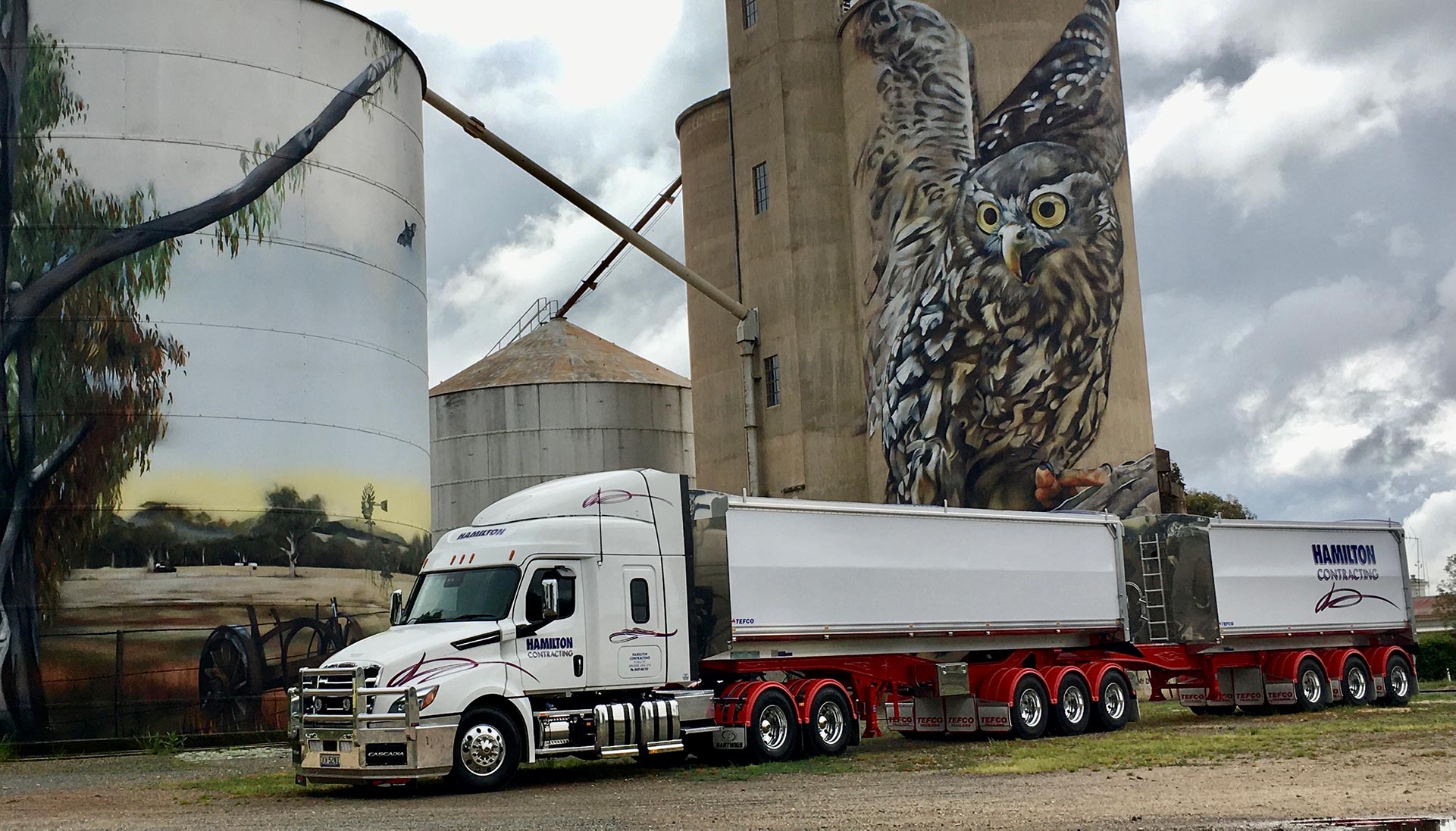 While the Cascadia can be ordered with an 18-speed Eaton manual, Mr Hamilton says the Detroit 12-speed AMT suits him best.

“I think the 12-speed in the Cascadia is a no-brainer, I really do. Especially when we are running on the leg going into Port Kembla with its steep terrain,” he says.

“It takes all the stress out of being a truck driver, such as when you have to split a gear knowing that if you miss you might come to a dead stop and have to start from a standstill. This way, all you have to worry about is staying on your side of the road and watching what is in front of you.”

“We have never had a major accident where someone hurt or damage to a truck, but it is comforting to know that you have got that kind of stuff on your side if it ever was to happen,” Mr Hamilton says. “It is nice to have in your pocket.”

Mr Hamilton purchased his Cascadia using Daimler Agility program, which gives him the option of keeping the truck, trading it on a new truck or handing it back to Freightliner for an agreed amount after 5 years/800,000km.

“It is great to have the certainty of knowing exactly what it will cost you if you do want to return it at the end of the term,” he says. 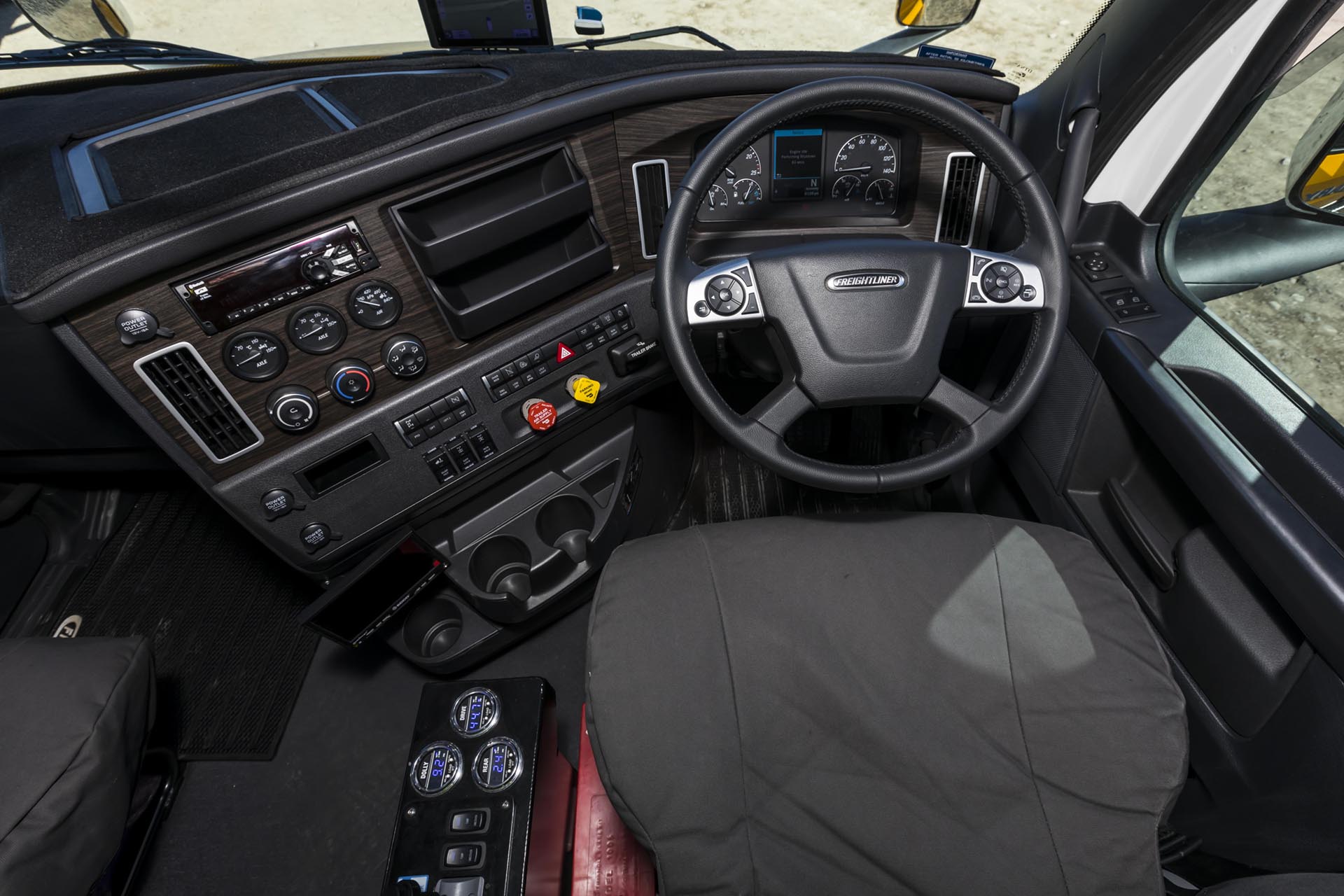