You are here:
ArticlesTruck Articles 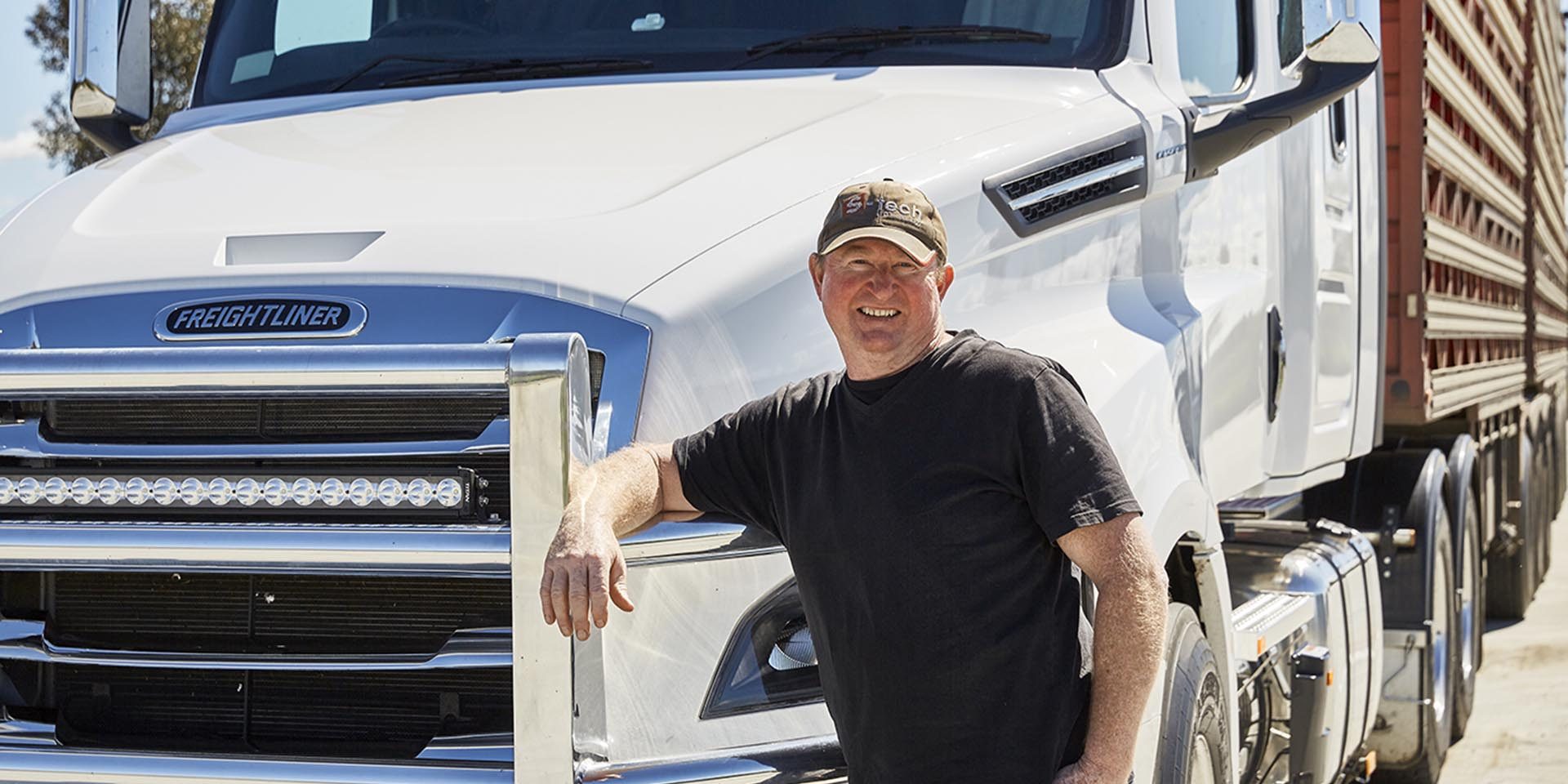 One of the first Freightliner Cascadias in Australia is delivering for Northern Victoria’s Conbar Transport. 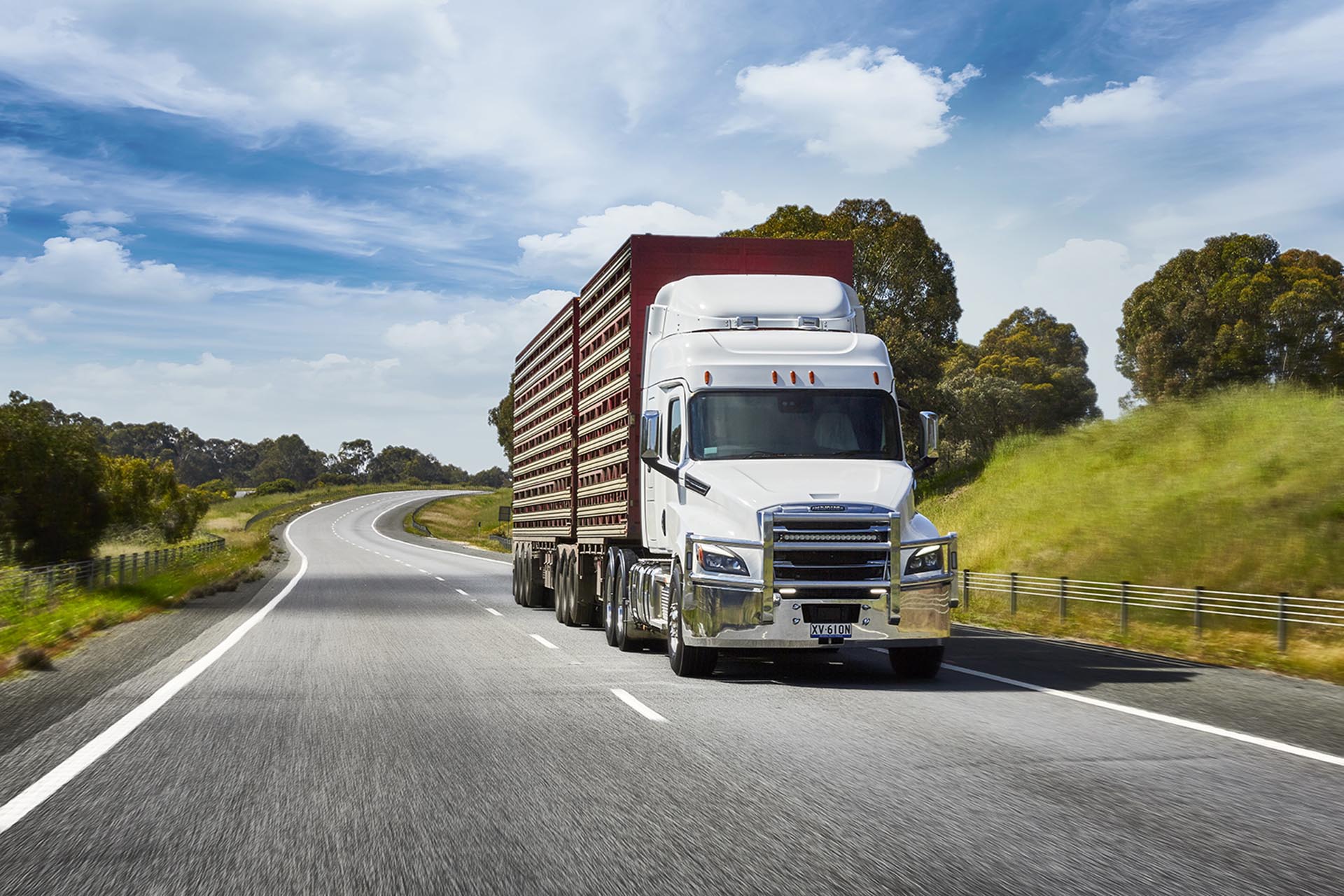 Hauling livestock at a maximum combination weight of 68 tonnes, the new 16-litre Cascadia 126 is already impressing with its fuel efficiency.

“Livestock hauling is tough on fuel and each run is different, but the Cascadia is very often doing 1.8km per litre, and better sometimes, which is excellent,” says Conbar Transport driver, Stephen McCormack.

Conbar Transport fuel data shows the Cascadia 126 recently used 20 per cent less fuel than a locally-assembled conventional truck of a subcontractor on the same return trip with the same weight on-board.

Fuel efficiency was one of the main reasons Conbar Transport decided to purchase a brand-new Cascadia from Daimler Trucks Albury, identifying the significant bottom line savings over the life of the truck, along with its integrated safety features and performance. 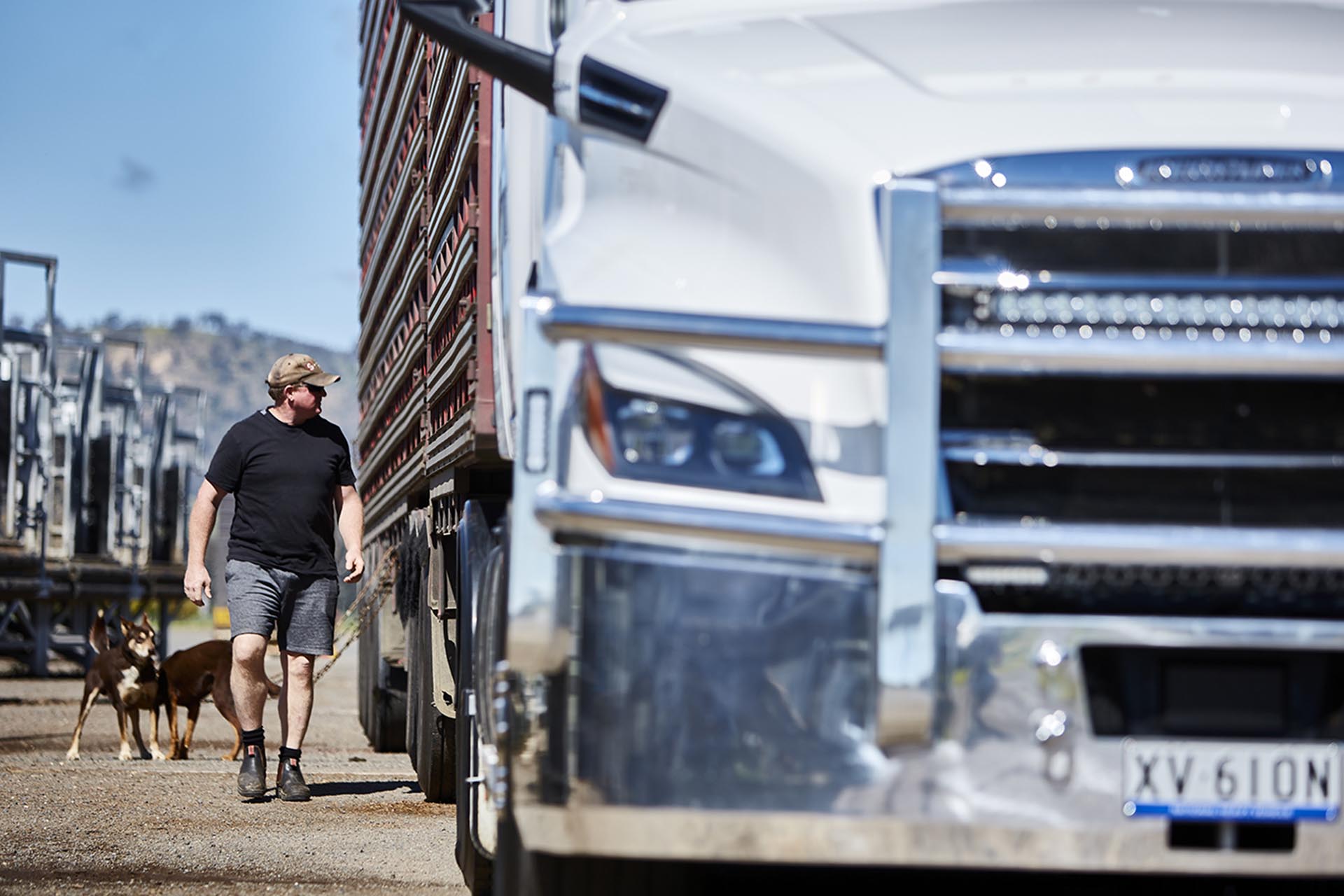 The Cascadia 126 features a new-generation DD16 six-cylinder that generates 600hp and 2050lb-ft of torque. It is teamed with Daimler’s Detroit DT12 fully automated transmission.

The new Freightliner is considerably quieter than the older bonneted truck Mr McCormack used to drive and puts its power down with a lot less fuss. The serenity in the cabin can mask the Cascadia’s work rate, Mr McCormack suggests.

“The performance is great. It doesn’t seem all that fast but then you realise that you are getting to your destination in a shorter timeframe most of the time. Sometimes, I’m getting there 15 minutes earlier,” he says. 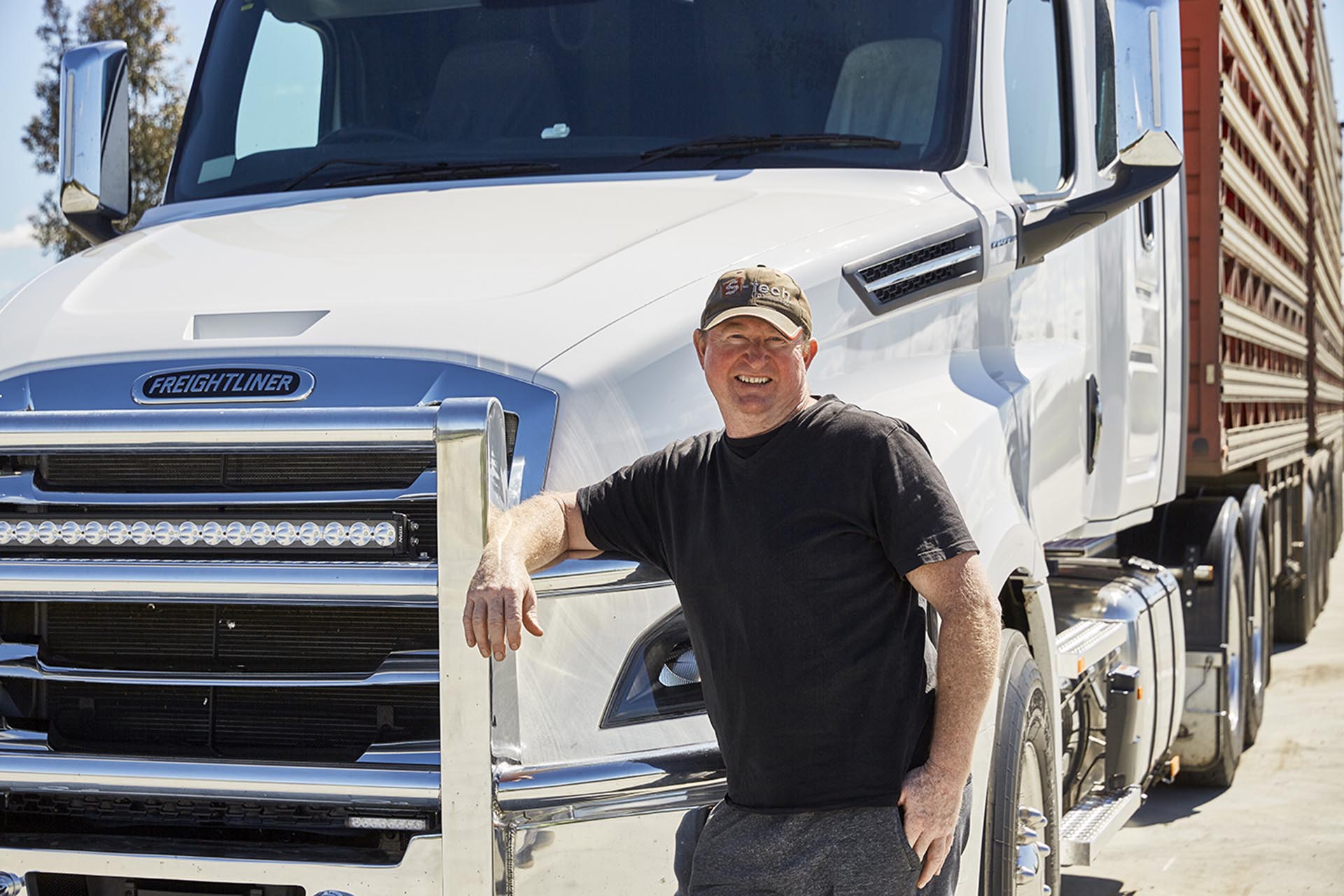 The enhanced visibility thanks to the clever design of the bonnet and the windscreen means Mr McCormack can see exactly where to place the truck. That can be especially helpful in tight yards.

“We go into some crazy places that you wouldn’t put a 4WD and I can see right down to the front of the truck,” he says. “The bonnet is so low that the vision is just great.”

Like all Cascadias, the Conbar 126 comes standard with fully integrated safety features including a radar and camera-based Autonomous Emergency Braking system that can automatically detect, and fully brake for, moving pedestrians. It also has a radar-based adaptive cruise control system and lane departure warning in addition to Electronic Stability Control. 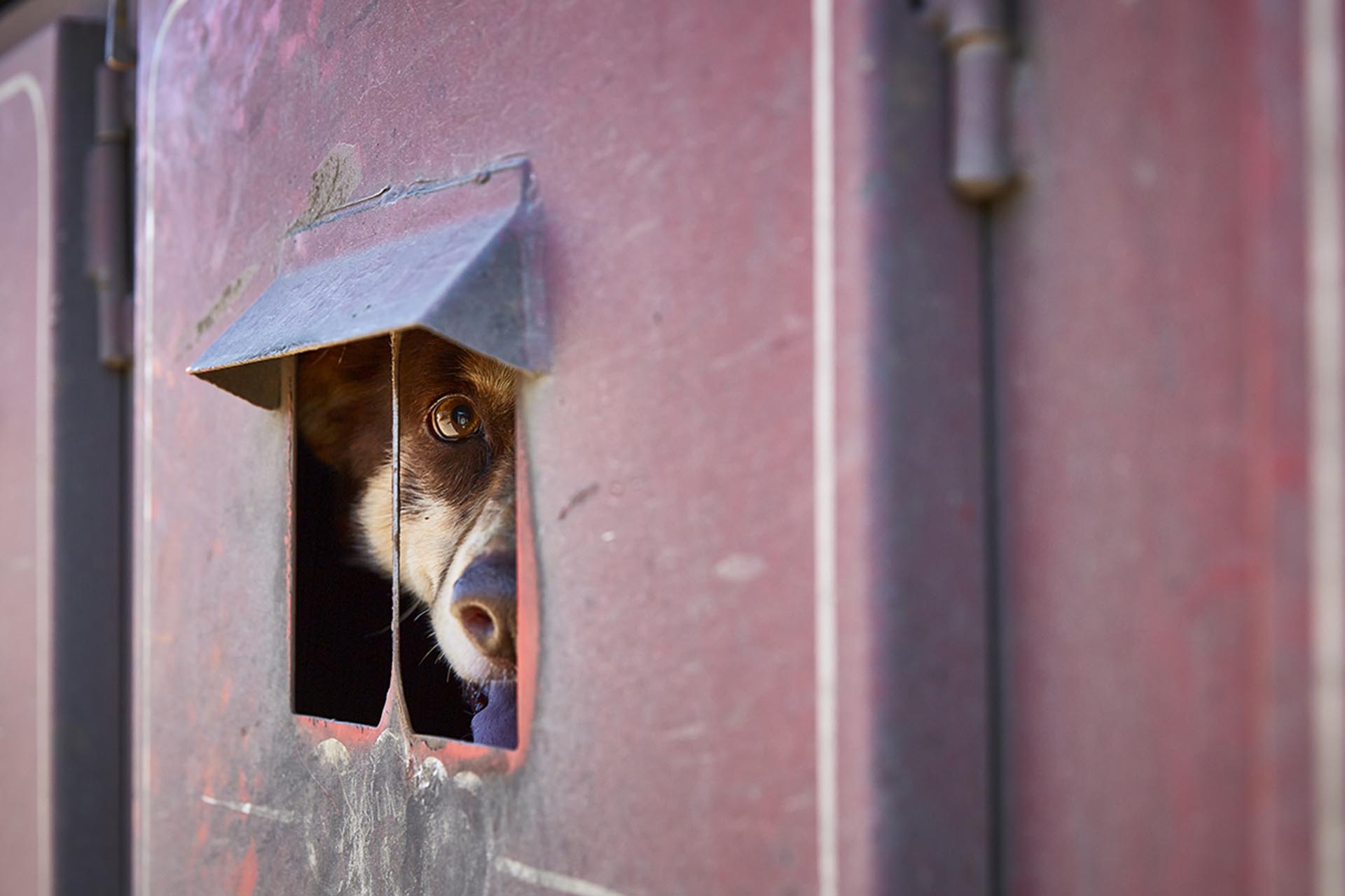 The Conbar Transport Cascadia also ticked the box for the optional Sideguard Assist, which uses radar to ‘look’ down the left side of the truck and trailer to detect pedestrians and objects in preparation for left turns.