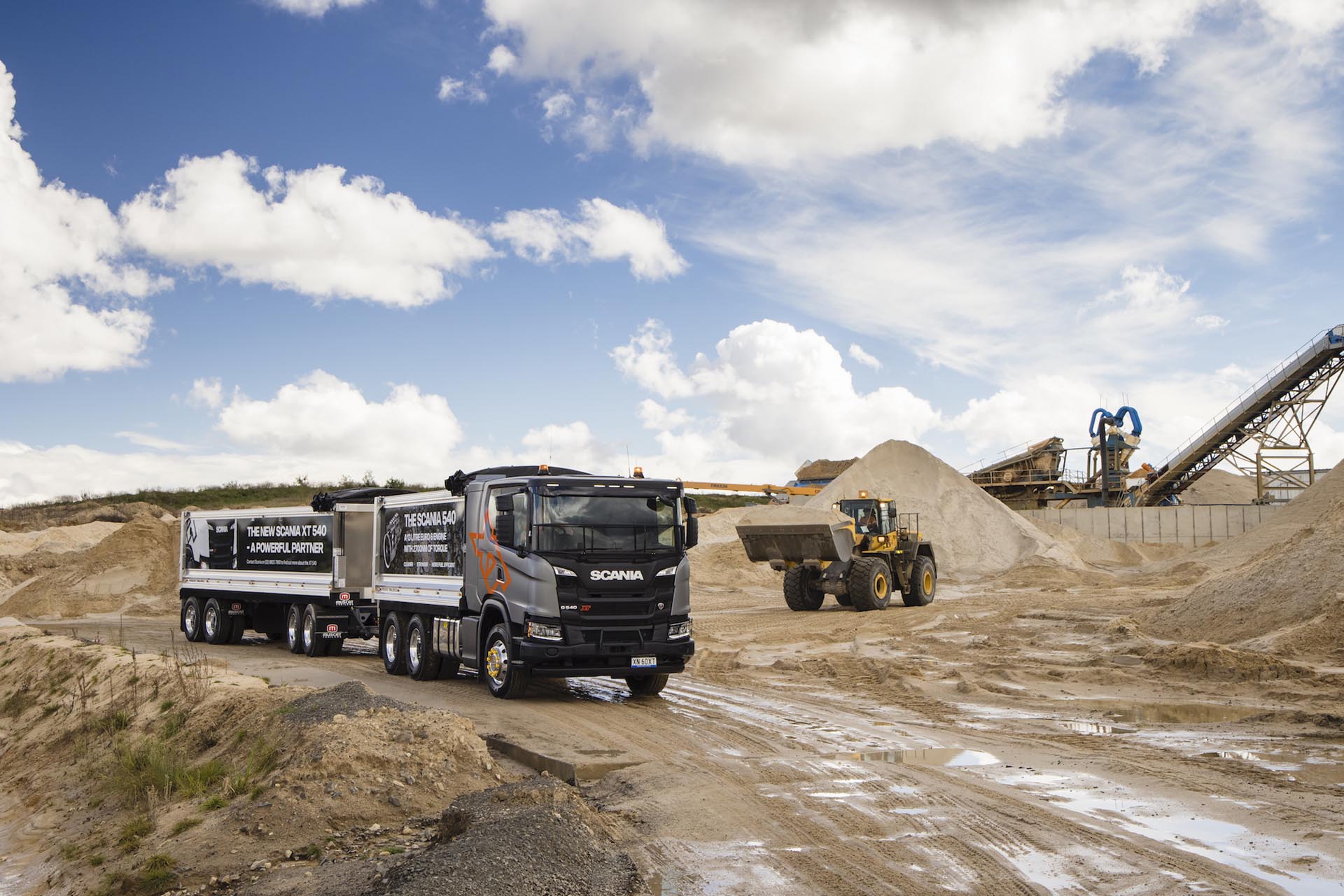 Armed with the acclaimed 540 hp six-cylinder SCR-only Euro 6-compliant engine delivering a mighty 2700 Nm of torque, the G 540 XT rides on an elevated chassis for superior ground clearance. The XT is equipped with quarry and construction site friendly features that protect the lights and the front of the vehicle, supported by a 150 mm protruding steel bumper with integrated tow-hook, as well as a front under bumper bash-plate.

Scania introduced the XT range of hard-working trucks ideal for the booming construction, civil engineering and infrastructure sector in late 2018 and it has been very well and widely accepted by builders and contractors.

Now equipped with the most powerful six-cylinder in Scania’s family of lightweight, fuel efficient modular engines, the 540 XT is ready for the toughest tipper duties. 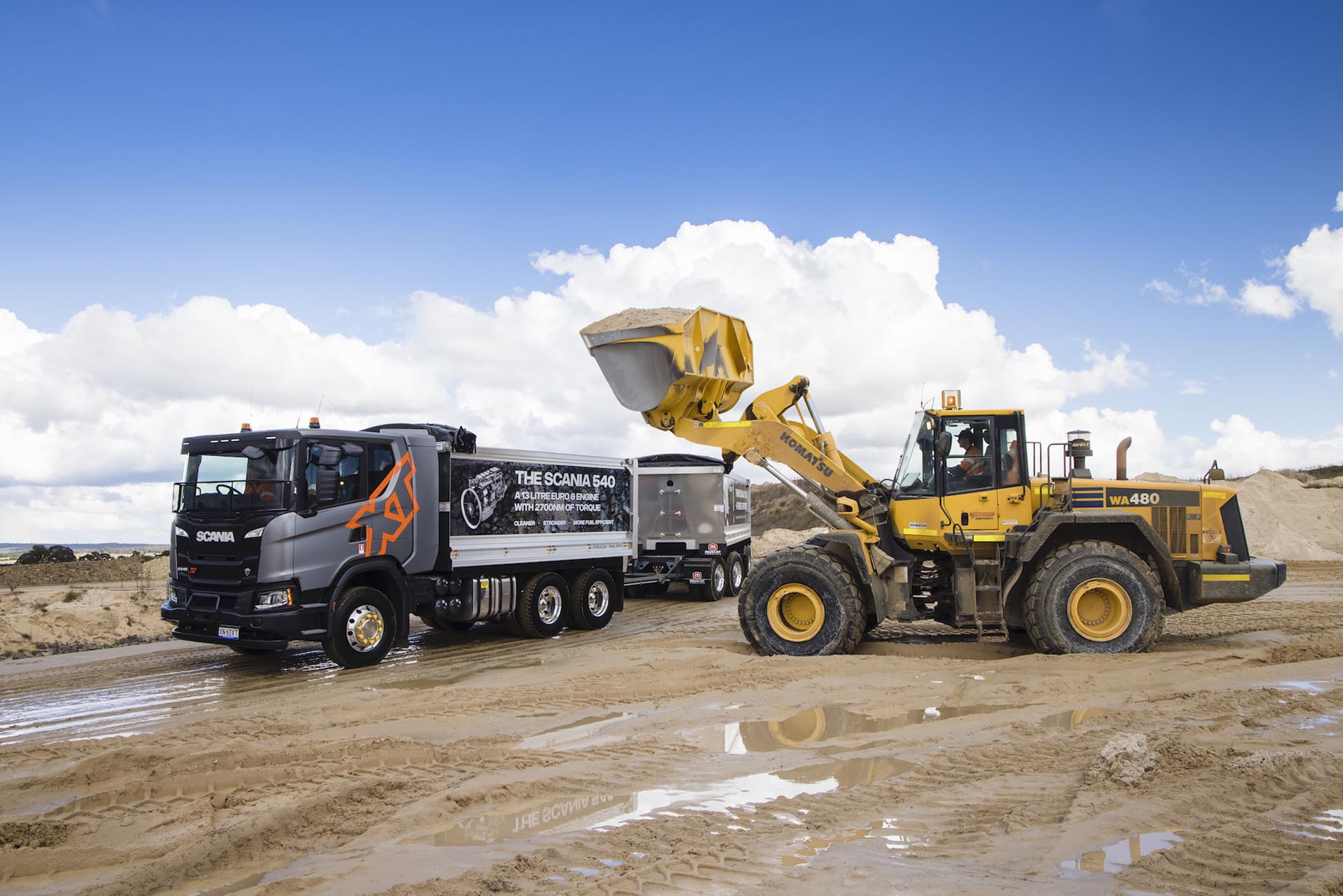 As with the 540 hp engine fitted to Scania’s intra and interstate haulage prime movers, in the 540 XT, the 2700 Nm of torque out-muscles its closest rivals by 100 Nm, which means hauling up an access ramp out of a quarry or out of a construction zone is made that much easier, as well as prompting smoother acceleration away from the traffic lights in built up areas.

Peak torque is available between 1000 and 1300 rpm. The engine majors on low-down driveability, with the torque to make shifting loads uphill seamless.

The 540 hp engine is ideally suited to operations where there is a high demand for power and driveability, and where front axle weight is critical. The inline six-cylinder engine saves around 300 kg over the front axle compared with the Scania V8s which have been very popular with tipper operators to date.

The 540 hp engine adds 40 extra horsepower and 150 Nm more torque to the previous six-cylinder flagship, which nonetheless continues to be offered.

Updates include new friction-reducing coatings on pistons, rings and bores, increased compression rates and higher cylinder pressures, the adoption of smart auxiliary pumps, and modified inlet and exhaust manifolds, all of which work to reduce fuel consumption by up to 2.5%. 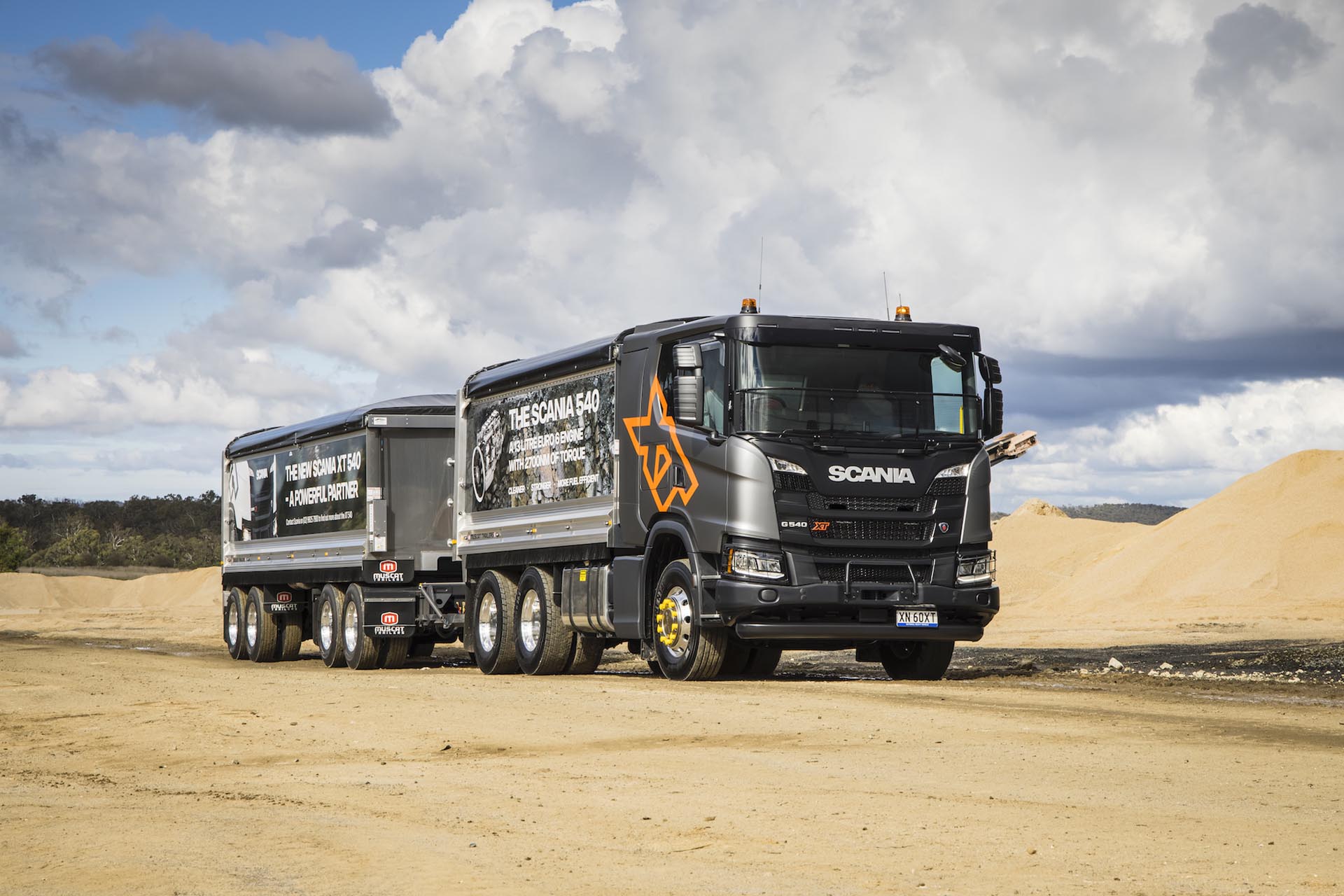 The 540 hp engine is mated to a Scania GRSO905R overdrive 14-speed gearbox, with ratios selected via the Scania fully automated Opticruise gearshift, and braking is assisted by the Scania R 3500 Retarder. The G 540 XT is fitted with a class-leading cooling package for hilly terrain and heavy loads.

“Scania is very pleased to add the 540 hp engine to the very successful XT family for construction and civil engineering tipper work. We expect this combination to be very popular as it offers an excellent mix of performance and economy,” says Dean Dal Santo, Director of Truck Sales for Scania Australia. 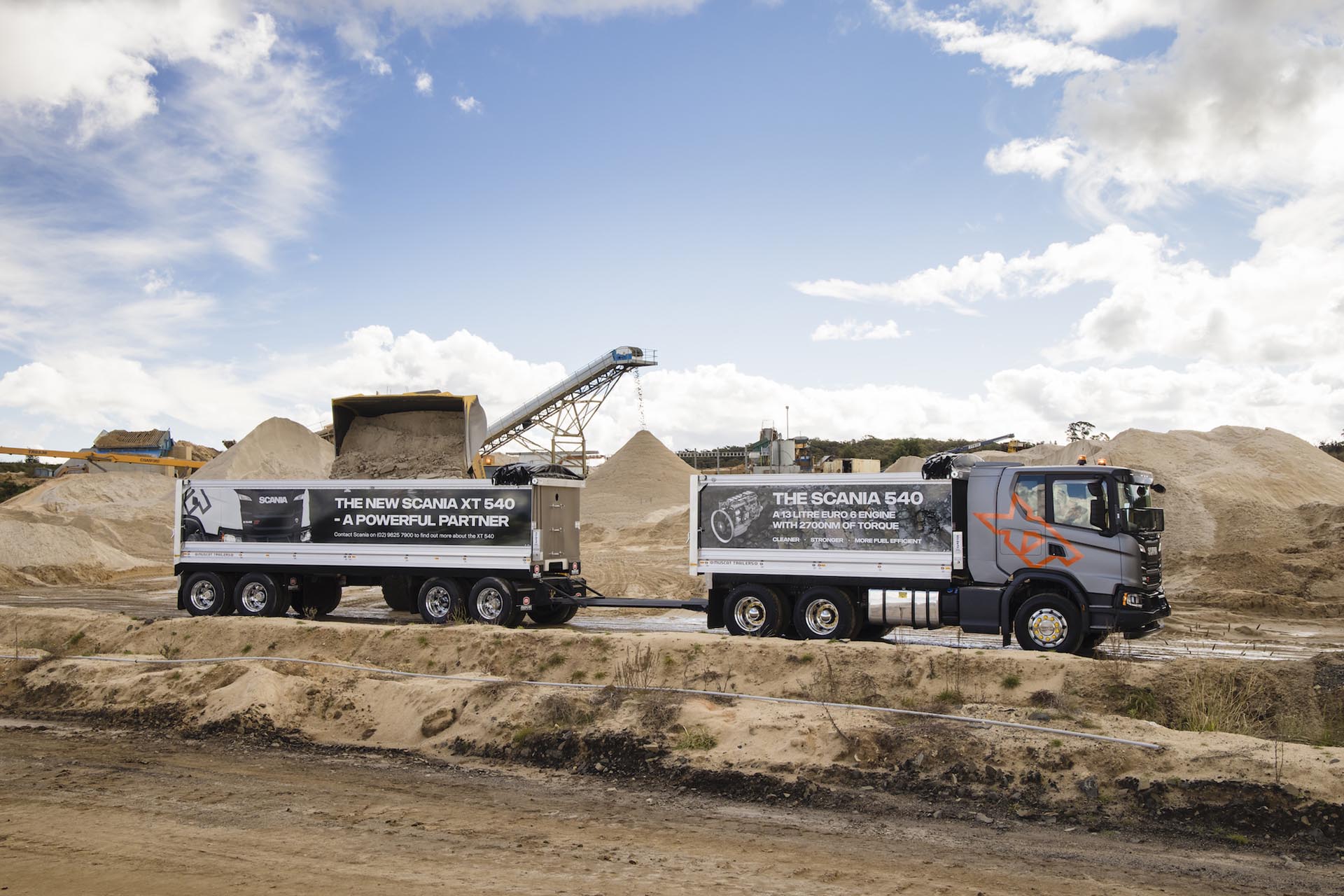 “Scania continues to provide greater torque than its rivals at identical horsepower outputs and the new 540 XT is no different, giving our customers an advantage in terms of driveability and fuel efficiency.

“The Scania 540 engine has proven itself to be frugal and powerful on Australian roads in the eight months that it has been available for haulage operations. We know that construction and infrastructure work has equally tough operating environments: high payloads, gruelling city driving in congested streets as well as for the drivers, long hours behind the wheel. That’s why the combination of Scania’s traditional strengths of comfortable and quiet operation will be enhanced further with the addition of this more potent, higher output engine,” he says. 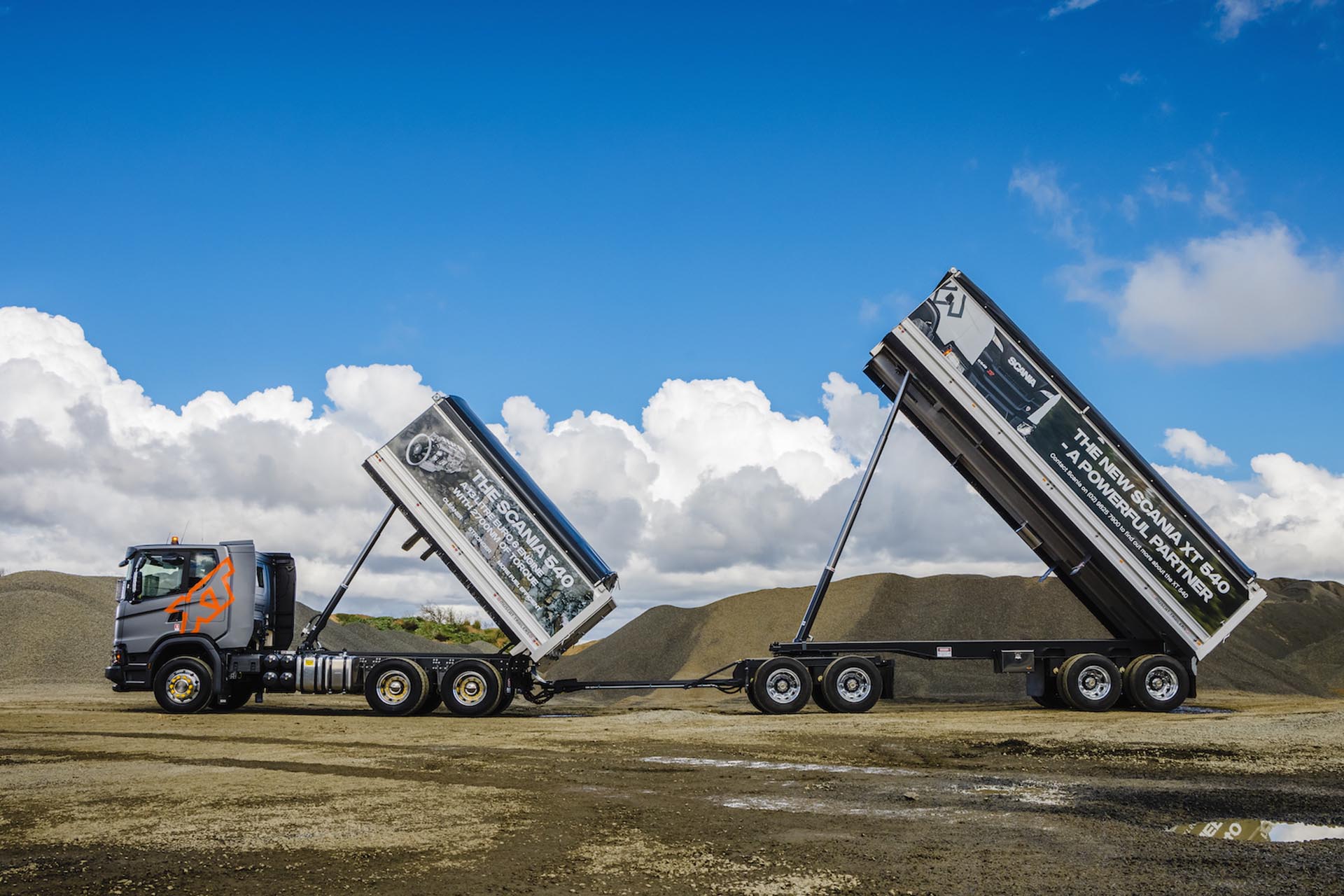