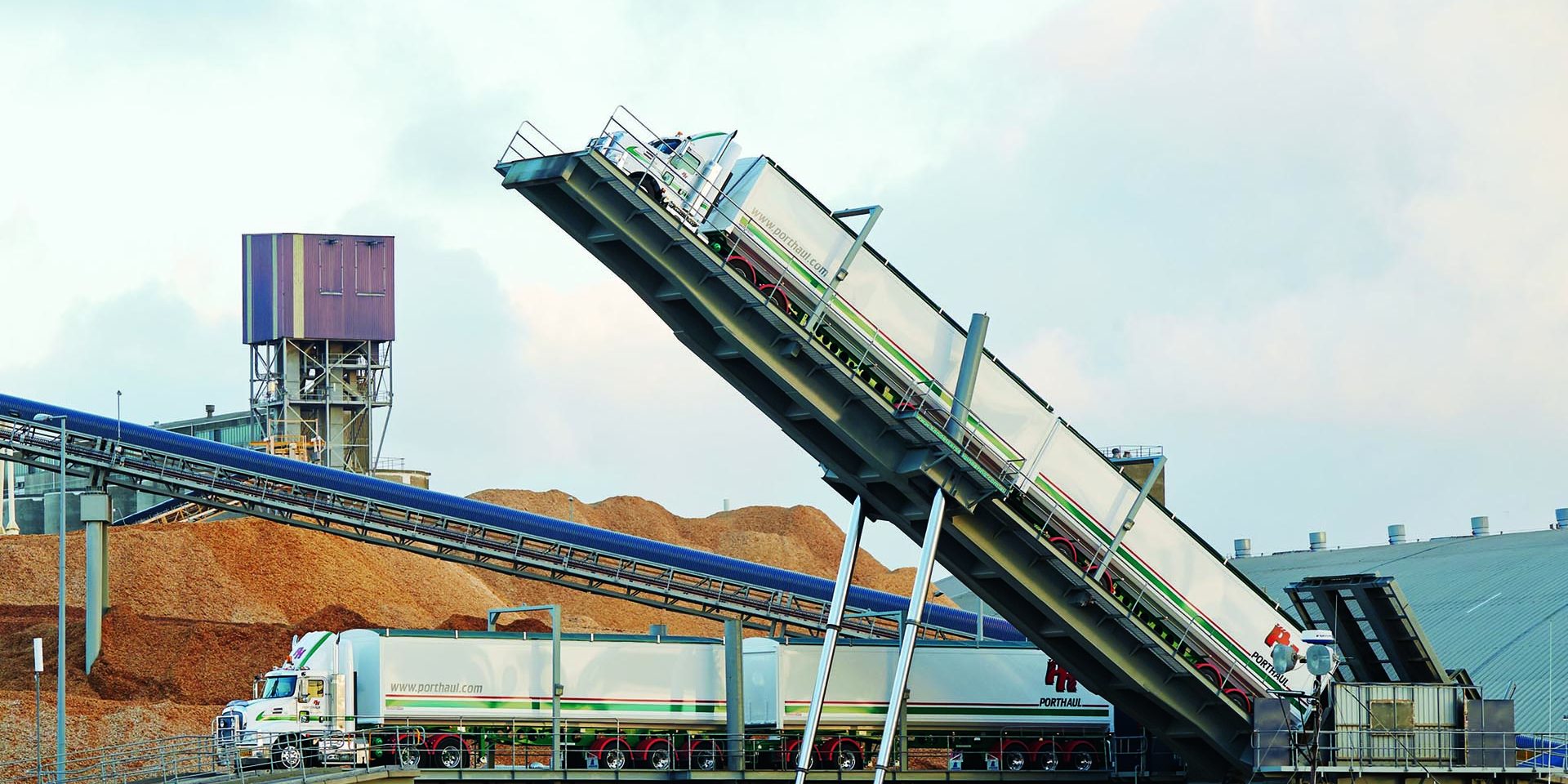 Maxitrans has delivered four innovative PBS A-double combinations to growing Victorian transport company, Porthaul. A collaborative effort by two of its brands, Freighter and Hamelex White, the combinations maximise payload while their modular design means they can be used for a variety of purposes. 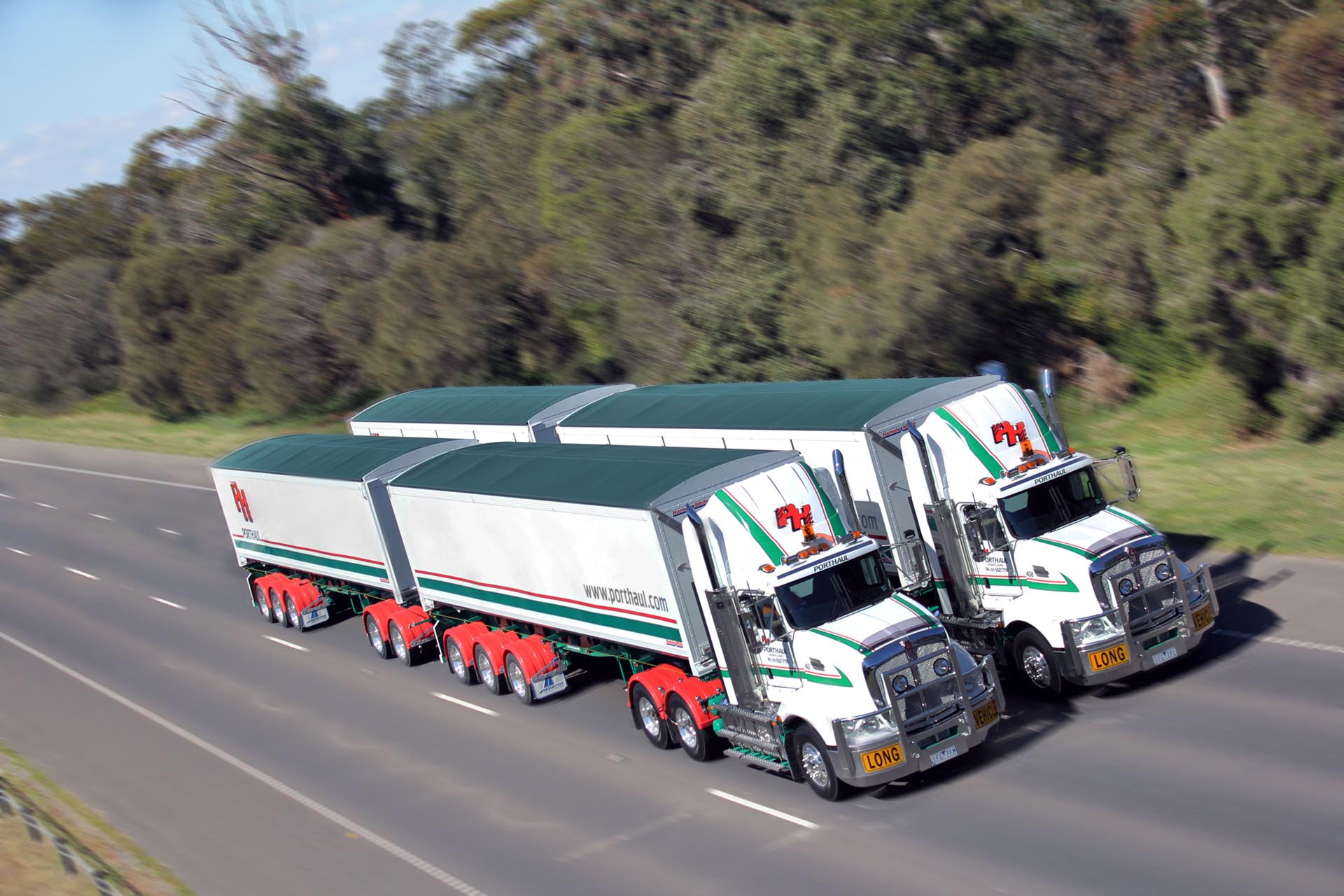 Like many companies involved in trucking, Porthaul started out modestly in 1990 and has established itself in the coastal city of Portland.  Today, Porthaul has built itself into a highly recognised and well-respected company in both the bulk transport and civil contracting industries.

Nowadays, Porthaul provides a full end-to-end woodchip logistics service – transport, trading and storage – and uses a substantial fleet of company trucks as a key element in the enterprise. They are effectively positioned midway between Melbourne and Adelaide and have extensive experience in organising all shipping requirements through the port of Portland, including storage and stevedoring.

Operating throughout the heart of Western Victoria, Porthaul’s large fleet of trucks, plant and heavy hauling equipment, have the ability to move all types of freight throughout Victoria, South Australia and New South Wales.

The company has standardised on Kenworth and Maxitrans equipment in recent times, the latest Kenworth T409 having Cummins ISXe5 power. In 2014, they spearheaded a fleet that moved in excess of two and half million tonnes of woodchips and other forest products.

For the son of company founder, Brian Williamson, General Manager James, running the operation as an entrepreneur – being on the lookout for opportunities as well as threats – has been important in achieving a profitable and sustainable business. 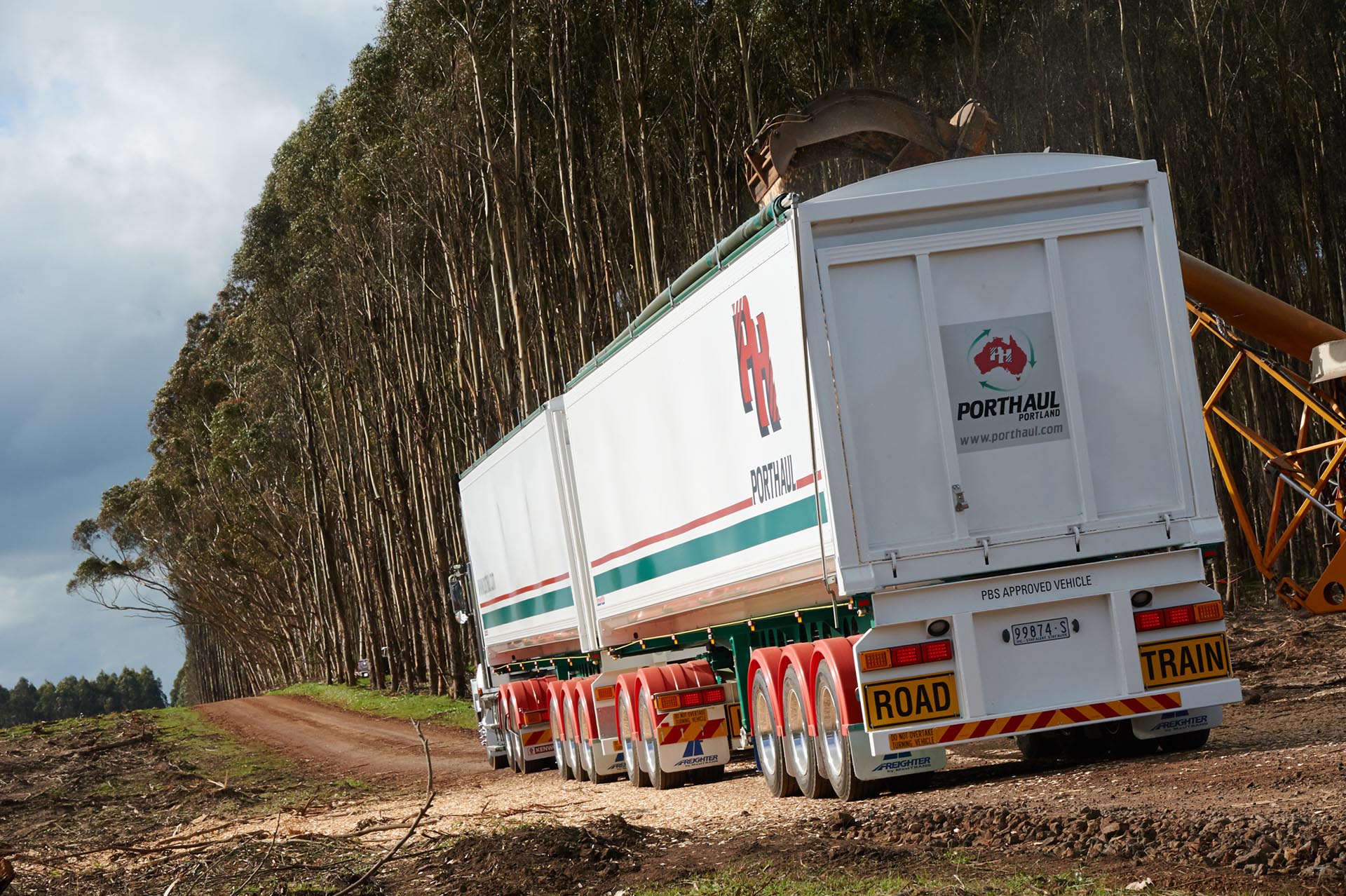 The ongoing cooperative efforts between Maxitrans and Porthaul has produced some innovative Performance Based Standards (PBS)-approved combinations in the last few years, thanks in large part to the adventurous approach of Porthaul General Manager, James Williamson.

James says one of the most exciting projects he has been working on with MaxiTRANS is a modular PBS A-double concept – a project that has now come to fruition.

The combinations consist of Hamelex White aluminium tubs, similar to those found on a grain tipper, mounted on lightweight skels from Freighter, with Freighter dollies, creating a modular combination produced entirely by Maxitrans. “The fact that all parts of the trailer came from Maxitrans made the process a lot cleaner than going to two or three different suppliers to provide the separate dolly, skel and bin components. It meant I only needed one company who could coordinate the whole job for me. They put a team of engineers at my disposal to work together on the project, from a dedicated PBS expert to skel and tipper engineers,” says James. “Using their Solidworks 3D CAD design software, Maxitrans was able to simulate the trailers in action, ensuring they would work as intended before manufacturing began.”

The modular design also allows the trailers to be used in different combinations based on the type of application they will be put to, providing Porthaul with increased diversity without purchasing extra equipment. “We work a lot with woodchips, transporting around two and a half million tonnes a year. But there are only two tipping ramps we work with in Victoria and if they break down we need to be able to put our equipment to different uses,” says James. 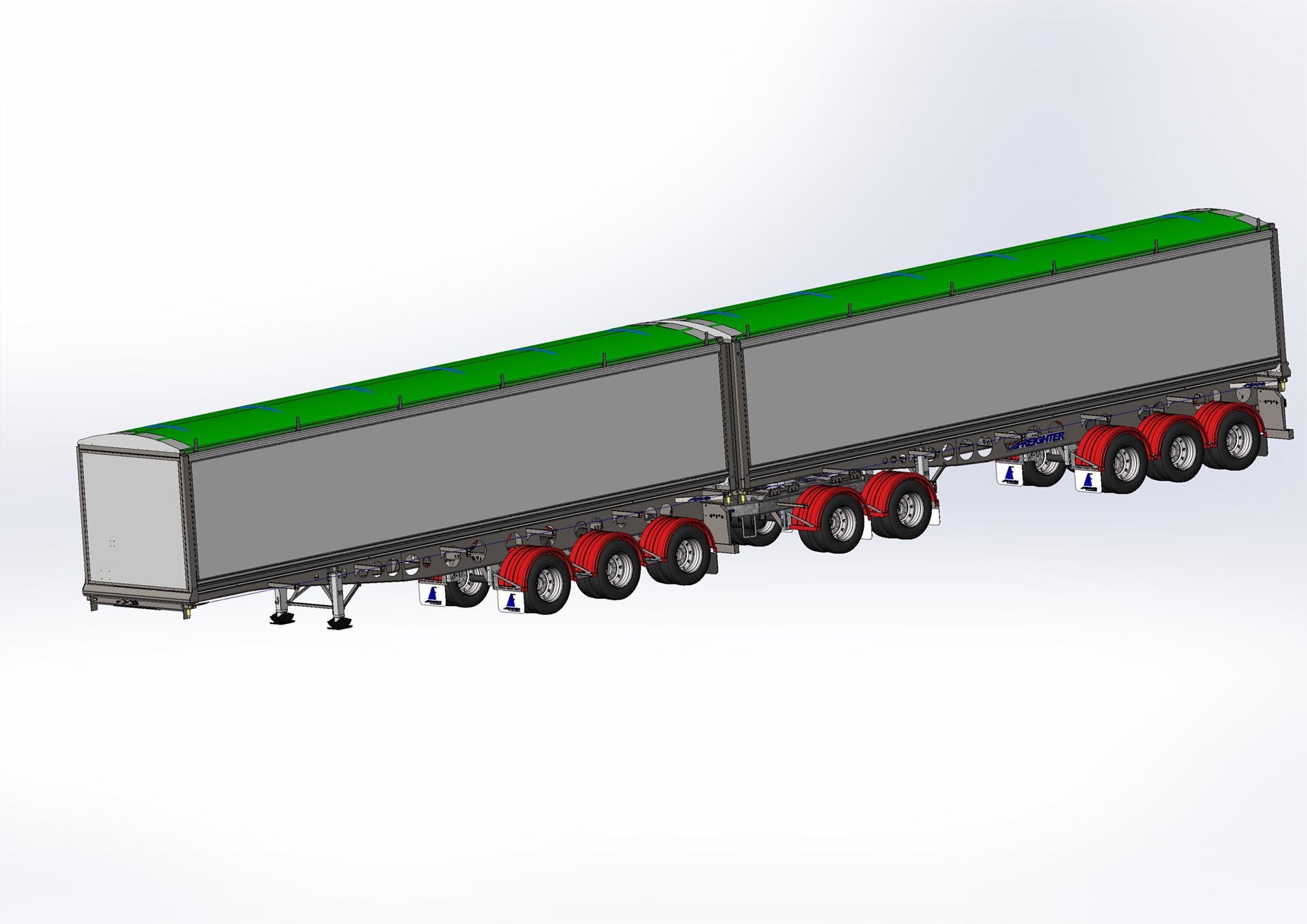 “These A-doubles can transport pretty much anything we want, from hauling woodchips, grain or fertiliser in the tubs, to removing the tubs to transport logs. We’ve diversified but haven’t had to add more equipment. In fact, we’ve taken about 20 per cent of our combinations off the road, because this configuration gets it done.”

Adding to that saving, James says he has achieved a total of 81 tonne GCM – an additional 7 tonne gain over his previous quad quad Super B-doubles and 14 tonne more than a standard B-double. “With the help of Maxitrans and its PBS expertise, we have now maximised the total payload available to us on Victorian roads,” he says.

At James’ request, Maxitrans has packed the trailers full of the latest technology, including full auto greasing, Electronic Braking System (EBS), Central Tyre Inflation (CTI) and weight gauges. “We purposely sourced the best products to go into these trailers, which have now got pretty much everything you can imagine in them,” James says. “Most of the technology also helps improve our driver safety, like the weight gauges, which send readings directly to the driver via a display in the cab, so they don’t have to get out into the forest when we’re working in the plantations.”

The inventive design of Porthaul’s modular A-double combination earned the company a nomination for an ‘Investment in Technology’ award as part of the VTA Australian Freight Industry Awards – a just reward for having the confidence to take on a new concept. James is satisfied that the financial rewards delivered by the trailers will be equally as good.

Trucking is entirely a practical undertaking for James, but it is also one that engenders a great deal of pride within the company.

“We have very low driver turnover,” reveals James. “We’ve had very few drivers move on in the last three years. That says we’re doing something right. 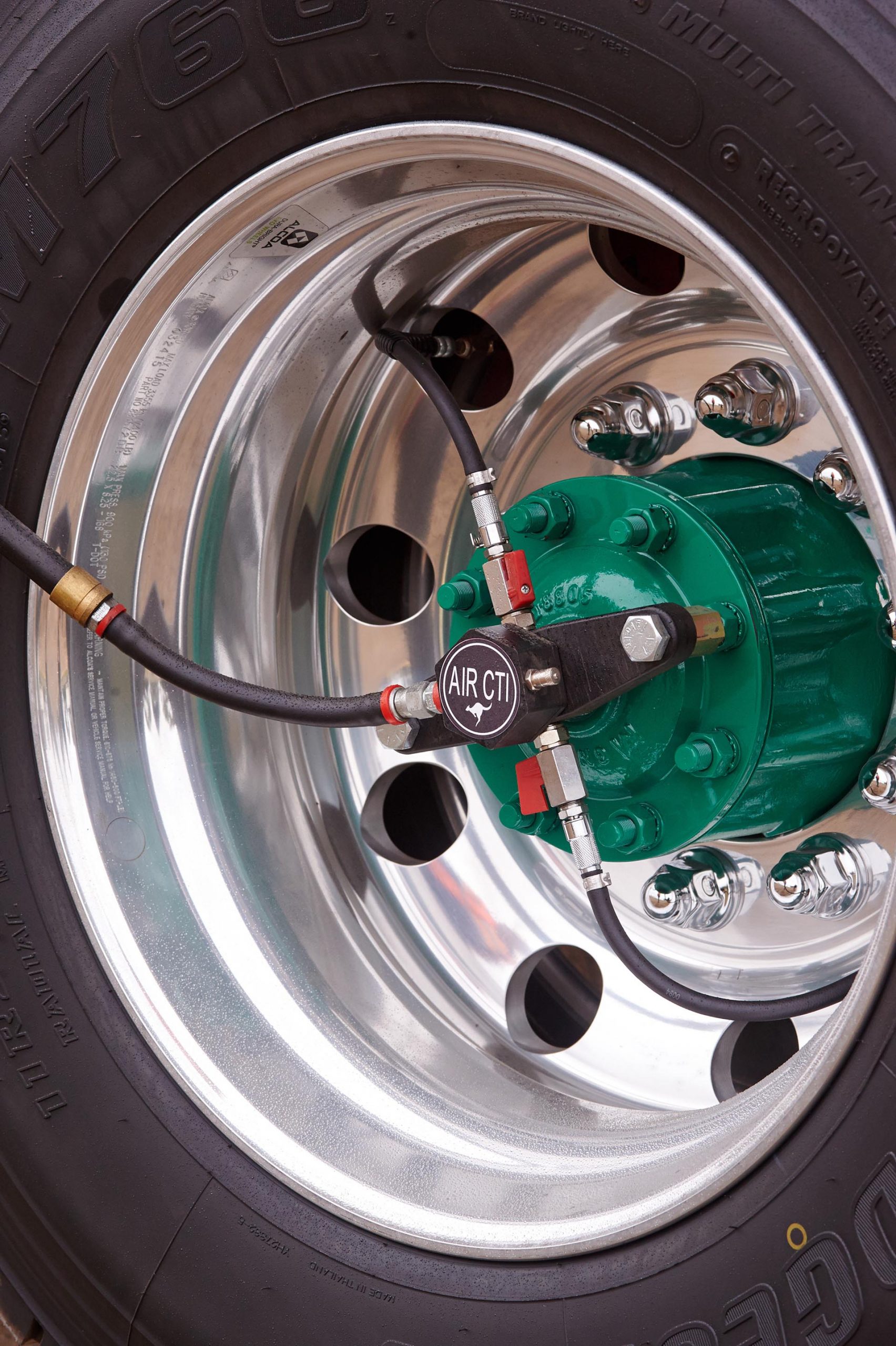 “It’s very important because forestry growers are our biggest customers and the face they see the most is that of our drivers.

“One of the big reasons for our success is that most of our drivers are agriculturally oriented guys…they grew up on farms and they understand what the business is about.”

The Porthaul livery is also highly visible, so public perception is another important factor that benefits from having an established and dedicated team of drivers who focus on safety, says James.

The Porthaul fleet has been predominantly Kenworth since 2009, James describes reliability of the 15-litre Cummins ISXe5 as “second to none” and that Porthaul is achieving a fuel economy gain of around 8 percent with the SCR/AdBlue engine over the EGR units in the fleet.

“Operating temperatures are also significantly lower with the ISXe5 – 15 to 20 degrees lower – and that must improve the life of under-hood components while reducing fan-on time,” he insists.

He points out that trucks are replaced at around 800,000 km, which equates to a life cycle of four to five years. “We’re receptive to extended warranties,” he states, adding that the Cummins engines in the fleet are covered by Cummins

“Our expectation is that if a supplier promises back-up support, then we get that support. Our freight isn’t overnight express, but time is always money… any downtime comes at a cost.”

Porthaul’s Kenworths and Maxitrans trailers are now also being specified with electronic stability control to underpin the fleet’s safety focus.

Porthaul is a company constantly looking for efficiency gains in everything it does.

“Innovation is very important,” says James. “We need to be on the front foot all the time to stay in front of our competitors. We need to be smarter with what we put on the road and smarter about how we get our freight task done in general.” 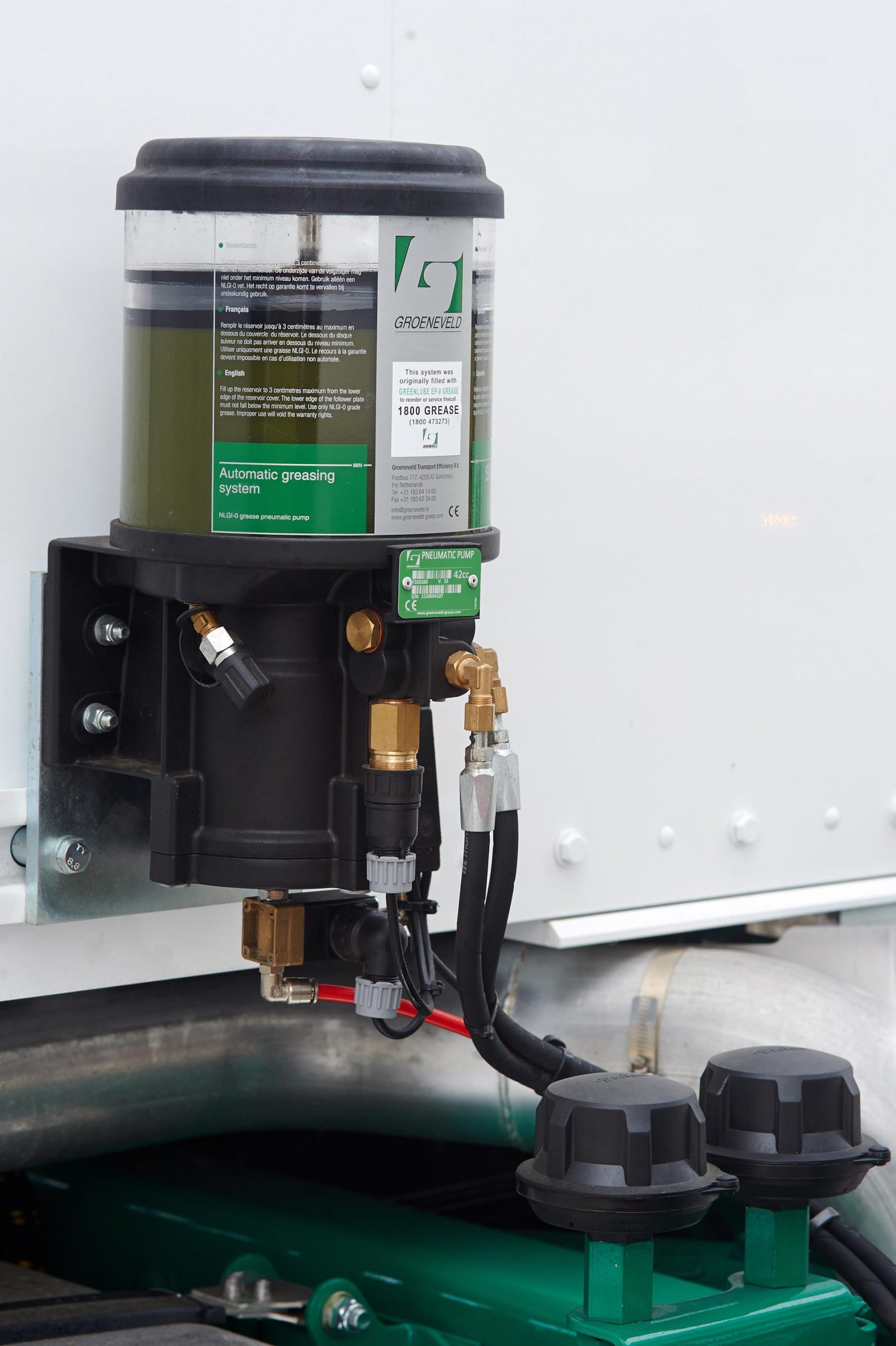