Our Technical Editor Howard Shanks was one of a few technical journalists selected to test-drive Scania’s New Truck Generation (NTG) family when they first arrived downunder. The NTG family comprising P-, G-, R- and S-series cabs, focuses on driver safety and all models are available in either Euro 5 and Euro 6 emissions compliance. 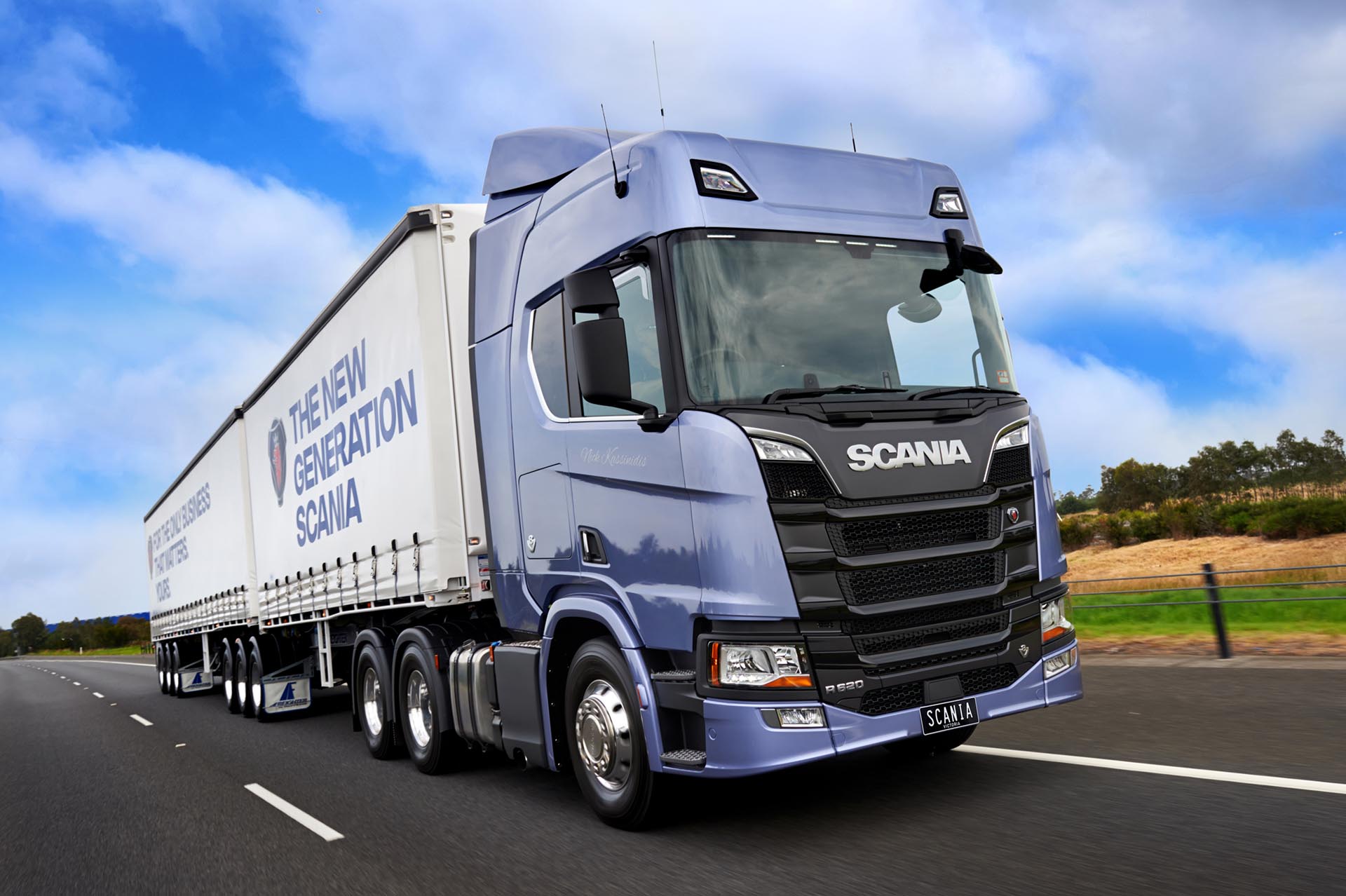 SccScania say the launch of their NTG family is designed continue the company’s market expansion and sales growth over the next decade and contribute to a more sustainable transport industry in Australia and New Zealand.

“The introduction of the NTG range, the safest and most fuel-efficient in Australia, is an absolute milestone for the Scania here,” says Mikael Jansson, Managing Director of Scania Australia.

“It is undoubtedly the biggest investment in our 127-year history. 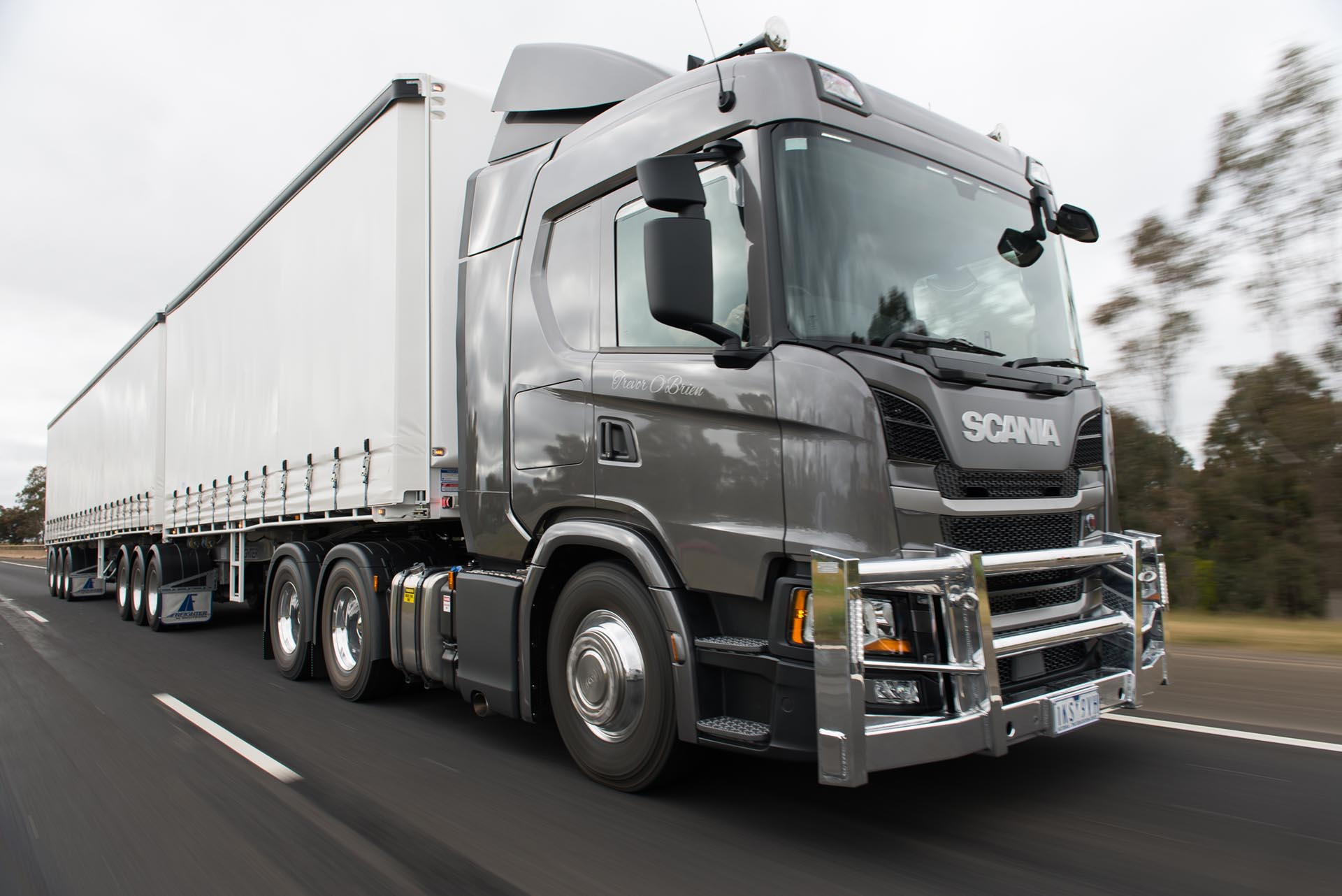 “As a global truck company, we have spent 10 years and AUS$3 billion researching and developing the new range as well as covering more than 12 million km testing our new designs in all climates and on all types of roads.

“The most noticeable features are of course the new cabs, but the real innovation is the introduction of new technologies, safety feature, services and insights that will help our customers gain an accurate overview of some of their most significant operating costs.

“On average across the range, our new trucks will consume around five per cent less fuel and emit fewer emissions, particularly those equipped with Euro 6 after-treatment,” Mikael says. 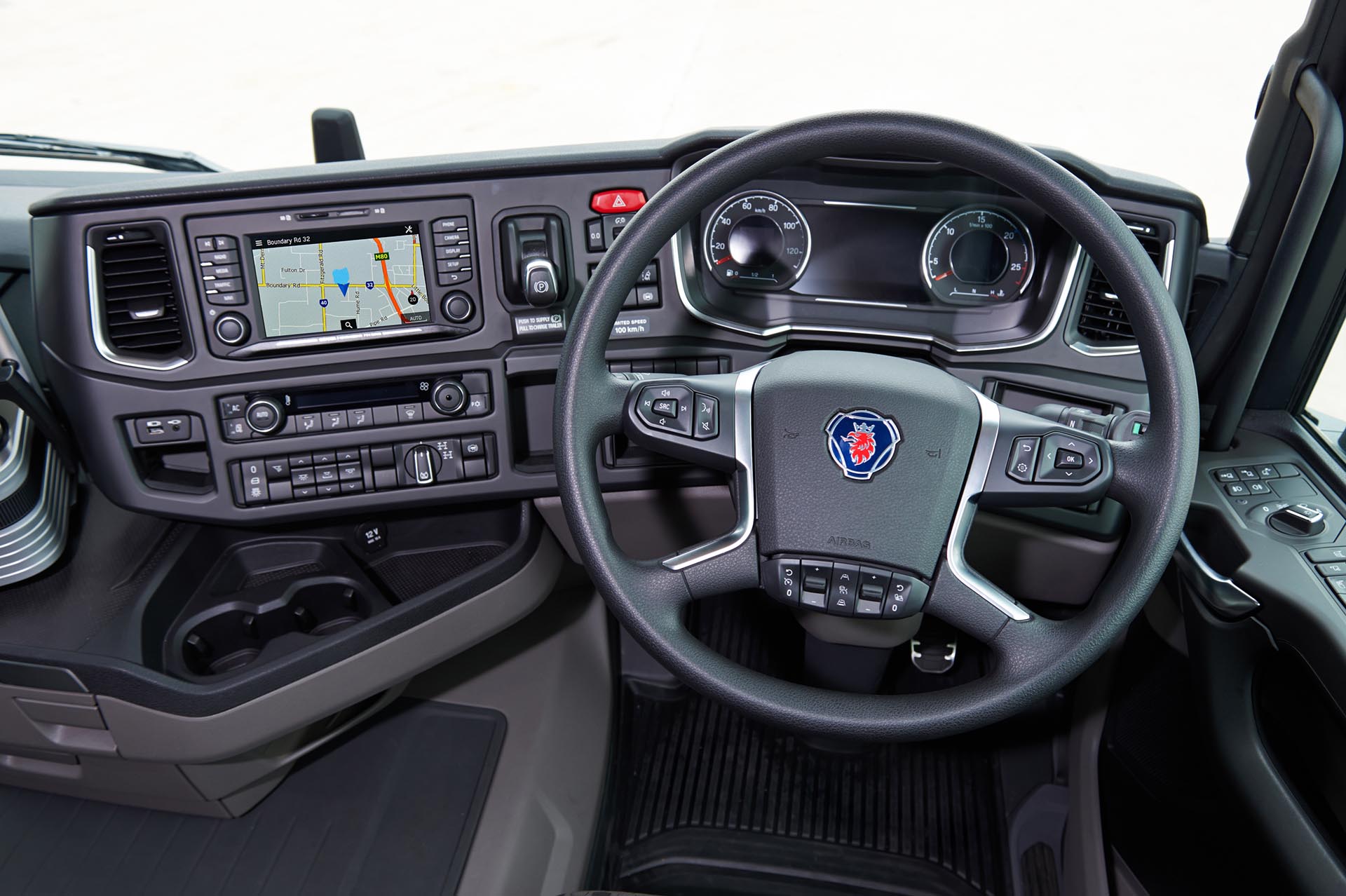 “We’re not only focused on the hardware. Our digitalised connected services provide further tools for enhanced optimisation of fleet and driver utilisation.

“We have unparalleled ability to tailor-make a specification to suit operators’ needs across a very broad array of applications and coupled with our focus on driving down costs and eliminating waste for operators, we can demonstrate quite clearly how our NTG provides increased value to customers.

“Judging by the response from operators in Europe, who have ordered record numbers of the NTG, Scania has scored a direct hit. In test after test by media across Europe, in isolation or compared with direct rivals, the NTG has emerged as the best possible option in all of its formats; from long haulage to urban distribution and vocational applications,” he says. 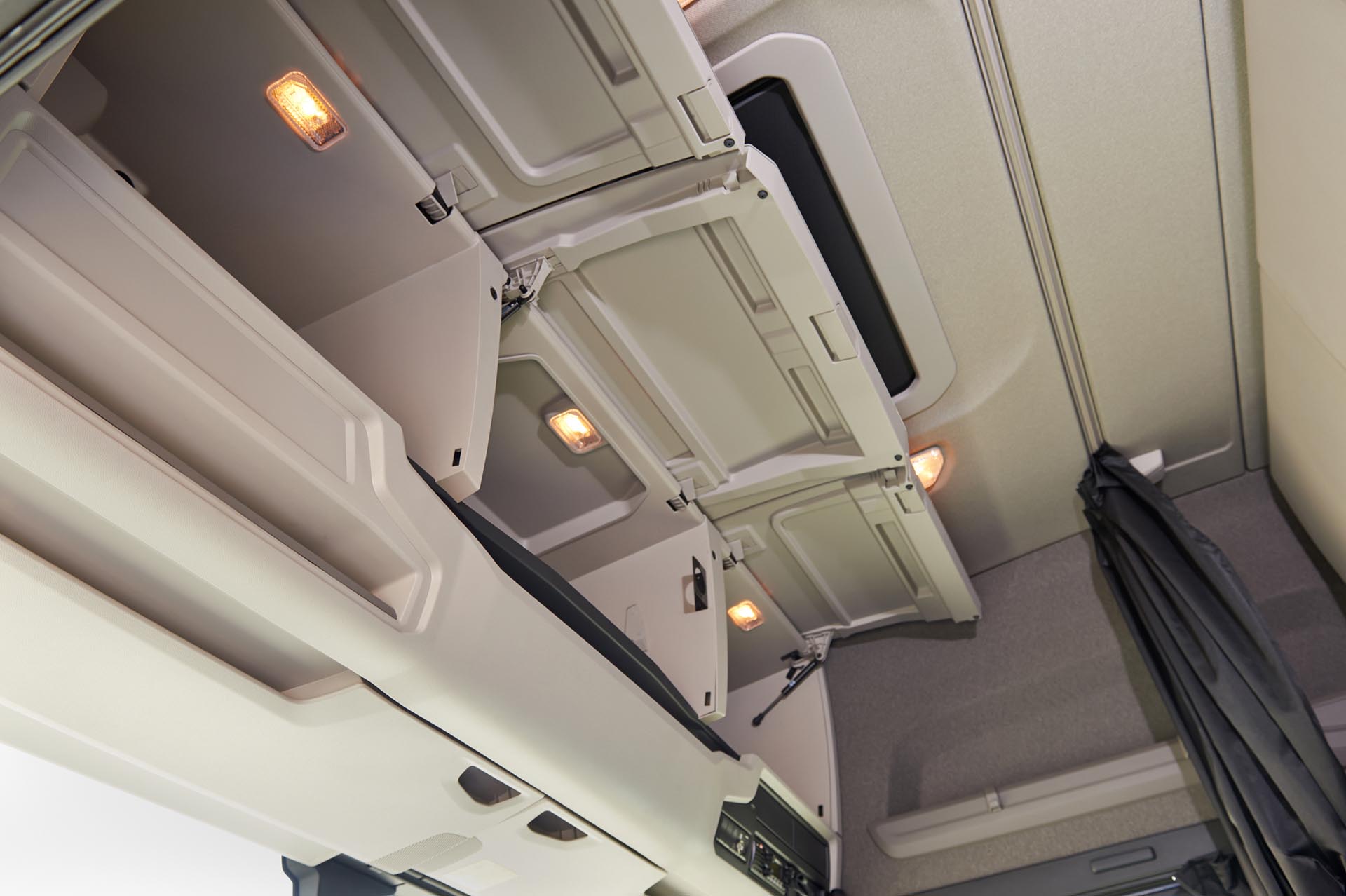 “The new range is delivering improved business sustainability for our customers through lower running costs and higher uptime. Our aim is to improve their total operating economy, providing our customers with the tools for achieving sustainable profitability in the one business that really means something to them; their own,” Mikael says.

The new trucks launched in Sydney are focused on the long and medium haul markets (S-, R- and G-series) as well as urban distribution (P-series), the new XT bulk construction materials handling range, along with the famous four-door, six-seater Scania CrewCab for mining and firefighting market segments.

Consistent with Scania’s long-standing ability for customers to tailor the specification of their vehicles exactly to their requirements. Scania’s famous modular drivetrain components have been thoroughly renewed to deliver significant fuel economy savings compared with already efficient vehicles they replace. Scania’s in-house gearbox range is now fitted with a layshaft brake to speed up gearchanges for smoother and more frugal performance. 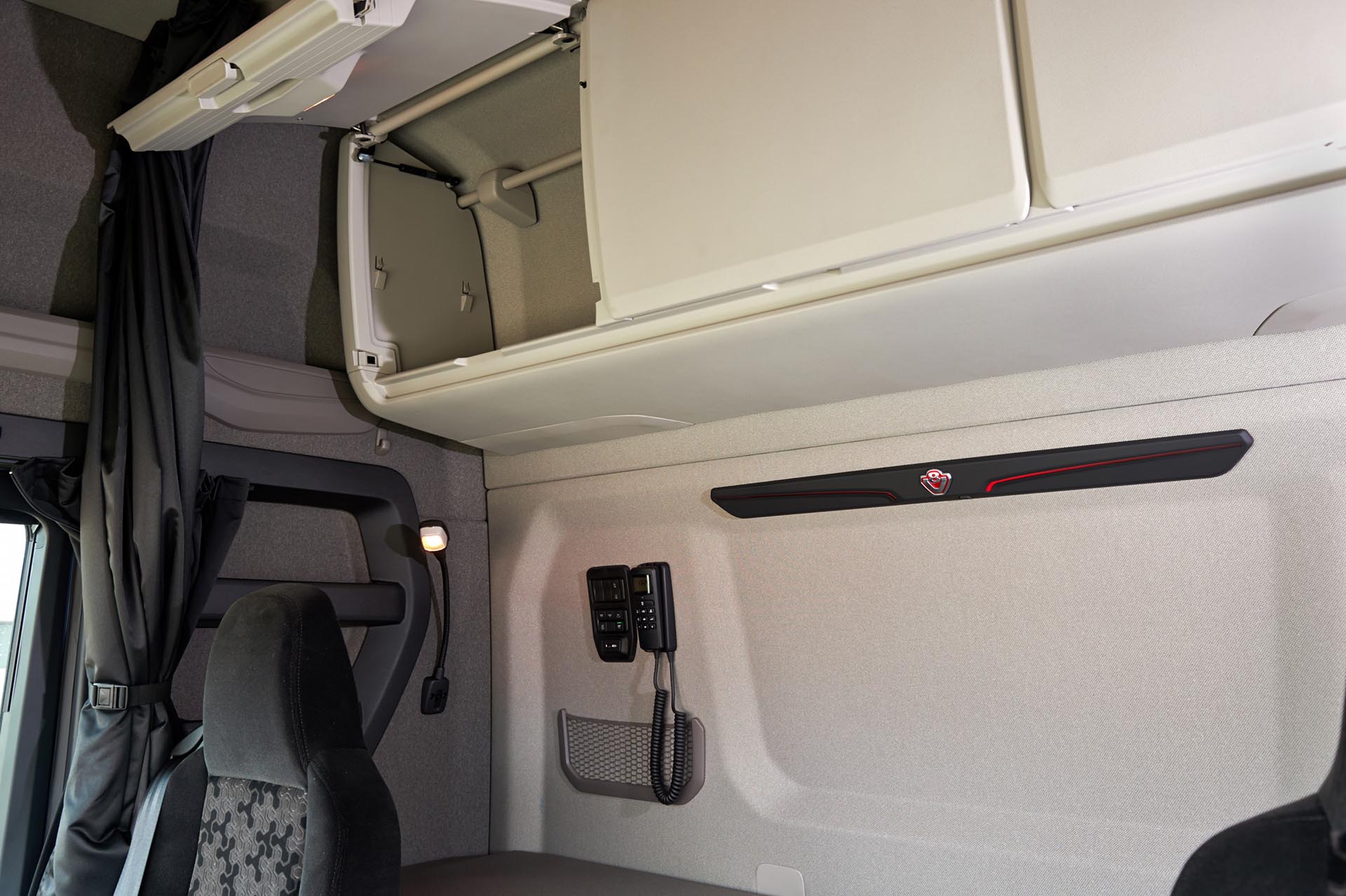 Scania claim that together with significant advances in aerodynamic design, the mechanical upgrades deliver at least 5 per cent better fuel efficiency across the range.

Scania is introducing a new 7.0-litre Euro 6 engine for P-series applications, while the heavily revised and updated, cleaner and more frugal 9.0-litre 5-cylinder, 13-litre 6-cylinder and 16-litre V8 engines are all offered in Euro 5 and Euro 6 guise.

Continuing as the King of the Road, Scania’s 730 hp V8, the most powerful on-road engine available for truckers in Australia and New Zealand, is available across the R- and S-series ranges in Euro 6 guise. 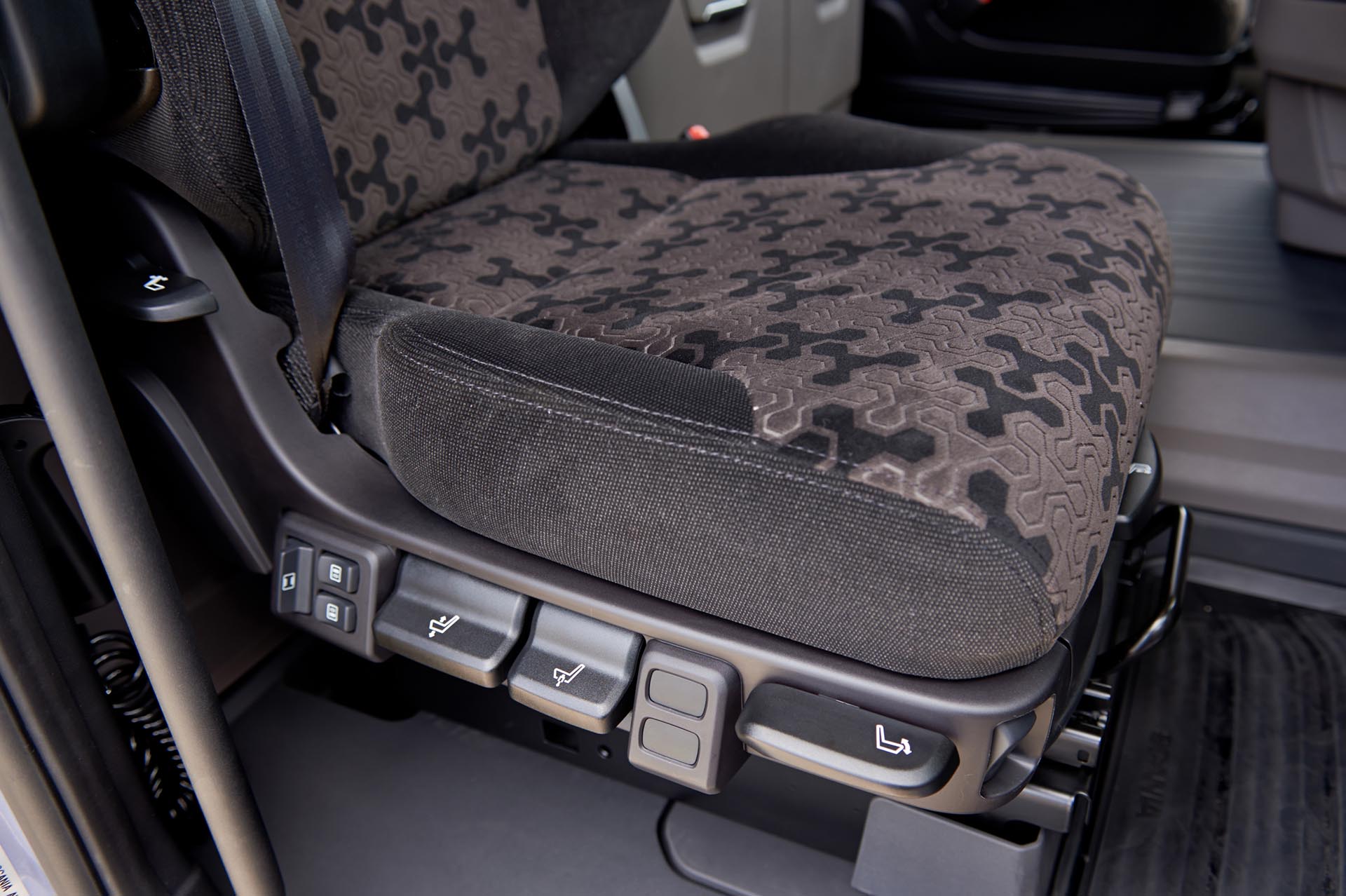 Scania’s New Truck Generation comes to market in Australia and New Zealand with a number of unique features designed to make the driver’s workplace safer, more comfortable, and more convenient.

Chief among the unique innovations making their debut in this, the safest new truck in across the ditch, is a side curtain airbag fitted into both driver and passenger doors, designed to offer occupant protection in the event of a rollover.

Scania estimates that the numbers of drivers killed in rollover accidents globally could be reduced by 25 per cent thanks to the adoption of the rollover side curtain airbag.

The side curtain airbags join the standard driver airbag and seatbelt pre-tensioners, an uprated braking system.

Most noticeable up front is the new front suspension with the front axle moved 50 mm forward to provide a lower centre of gravity and less dive under braking.

Scania say these chassis improvements increase stability and ride comfort, while reduced stopping distances – up to two meters shorter in some cases, or the width of the average pedestrian crossing ­– can protect pedestrians and other road users too. 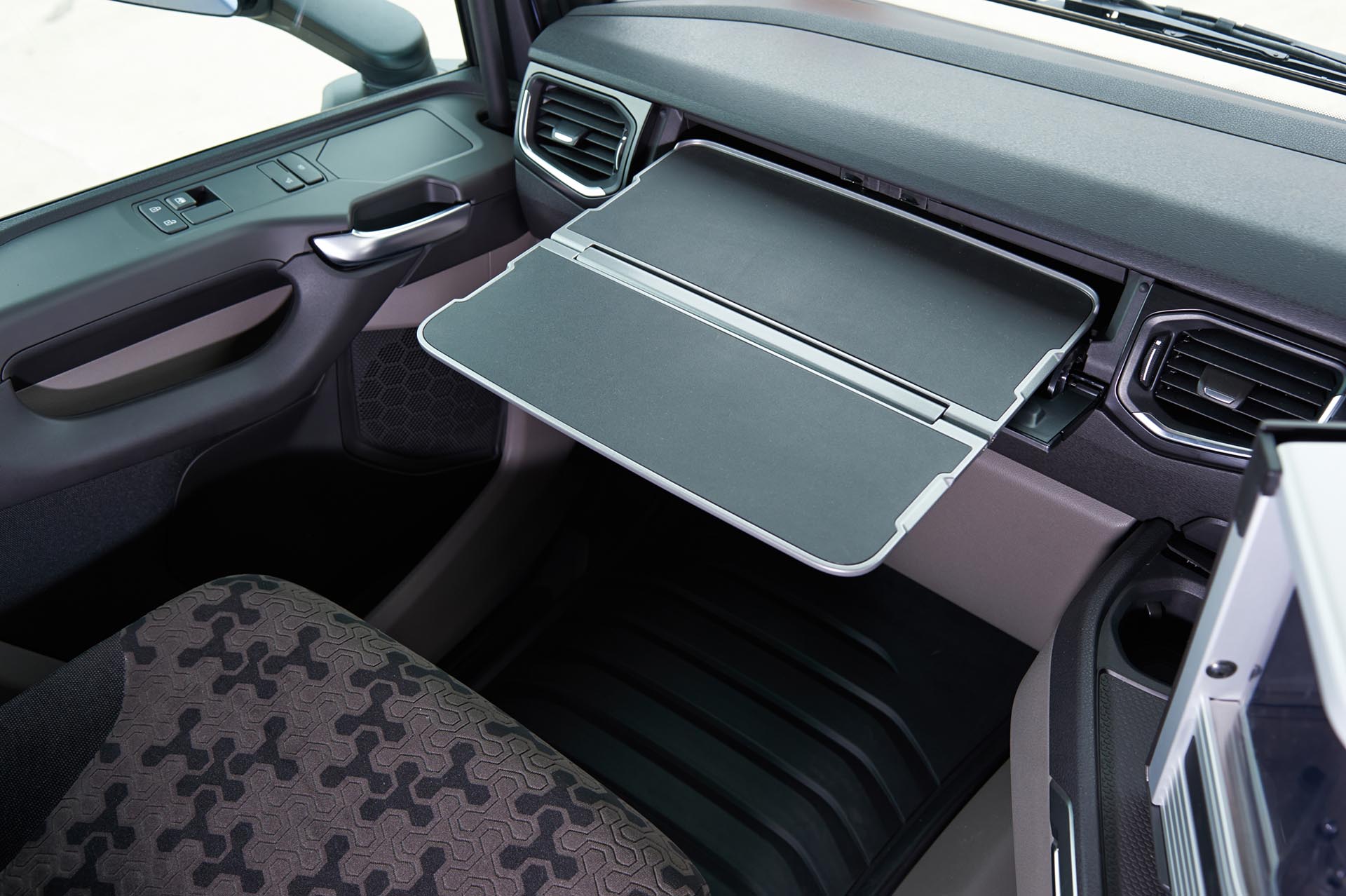 The new cabins are said to be even more robust, impact resisting all-steel cab with improved driver visibility, to further boost safety.

Metro models get the new City Safe Window. This is inserted into the lower segment of the passenger door to provide truck drivers with much-needed additional visibility of cyclists and pedestrians who may otherwise be hidden from view at street corners or traffic lights.

To maintain driver health and reduce fatigue, Scania is offering access to a new, fully-integrated auxiliary cab cooler that runs on battery power to maintain constant cabin temperatures when the vehicle and driver are at rest. 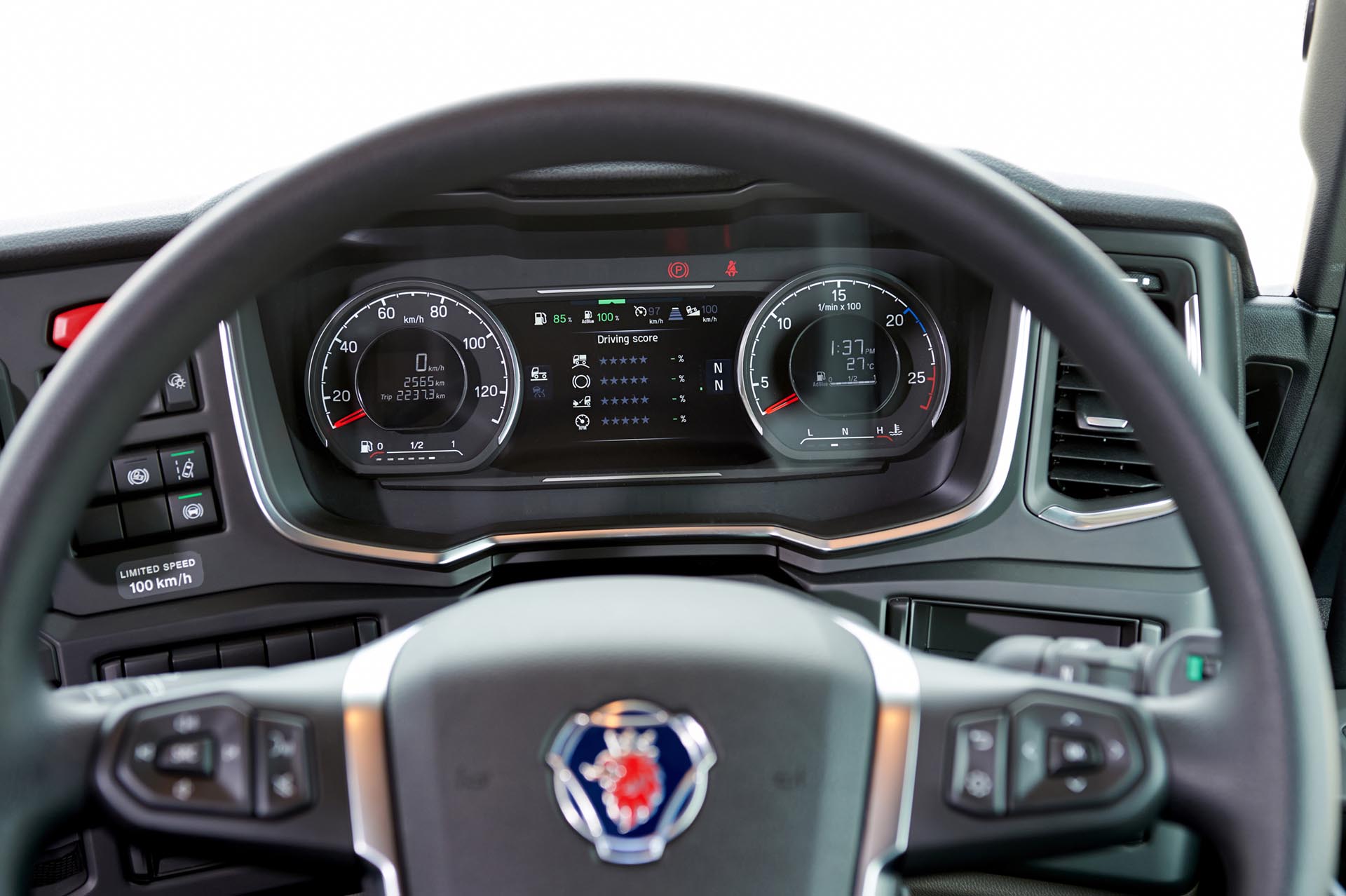 Living in the V8 and 500 hp G-series cabs becomes more convenient with standard additional storage cupboards replacing the traditional (second) upper bunk which is rarely utilised in Australia and New Zealand. In the V8, the driver’s pocket spring mattress extends to be a full 1000 mm wide.

Demand for Euro 6 compliance in the previous V8 range began to accelerate through 2017 as more large fleets sought to reduce their environmental impact or comply with their customers’ carbon reduction requirements. On-board fuel capacity has been increased to 1100-litres for the Euro 6 compliance V8s, and 1210-litres for Euro 5 compliance.

In the 6-cylinder, 13.0-litre category, Scania offers its most powerful in-line engine yet, at 500 hp with 2550 Nm (1881 lb/ft) of torque. This will be available in the
G-series prime mover cab, rated for medium duty B-double and single trailer interstate and intra-state work, as well as for urban tipper and dog applications. 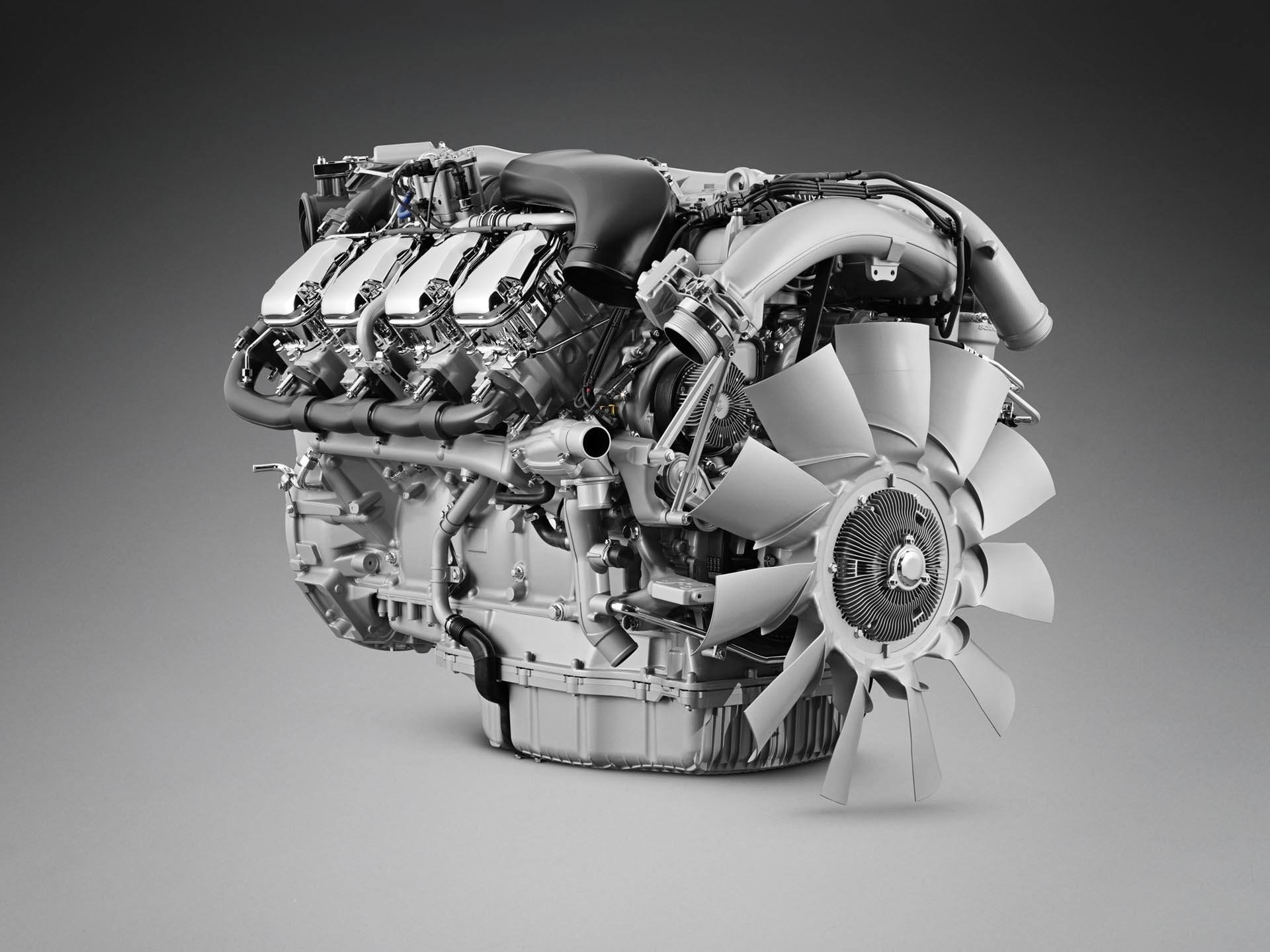 Scania say their order books are now open, with the first deliveries expected early in the second half of the year.