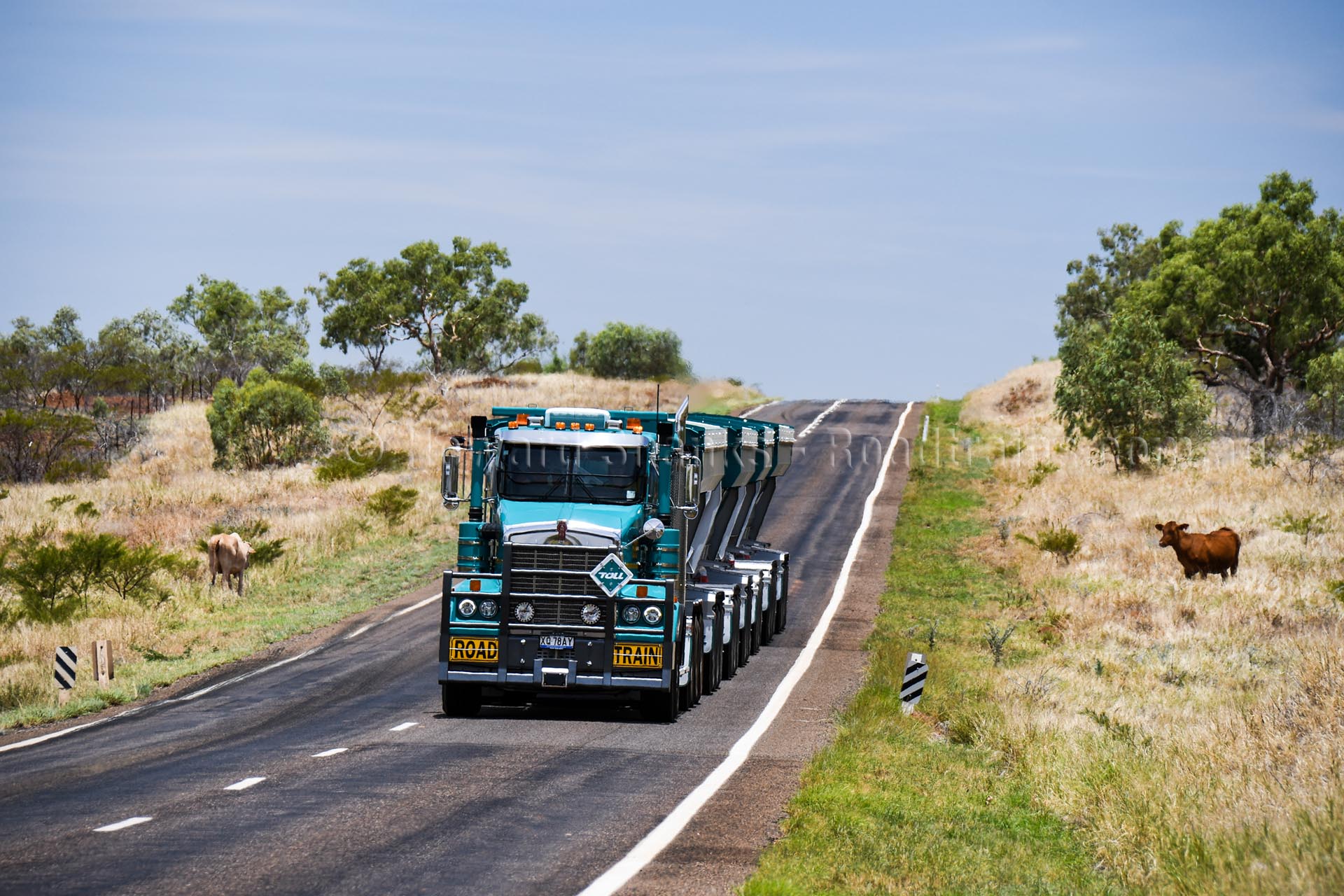 Mining company executives have little time for the finer details of truck and trailer specifications and even less for manufacturers marketing garrulity. Except, that is when your trailer combination promises to deliver a 10 per cent payload increase. Townsville based trailer builder; Mick Murray Welding knows this only too well.

The introduction of their Highway-Bowl side tipping trailer road train combination that delivers significant productivity gains certainly has not gone unnoticed by mining company accountants.

For mining companies seeking their fortune from a mining operation located in the “Boom-fields” of Queensland’s Cloncurry – Mount Isa region, heeding the advice of the company accountant is pivotal to the success of the mine more so than any other region in the country.

Today, tourism brochures promote the “Curry” as the home of the Royal Flying Doctor Service, the destination of the first Qantas flight, and not surprisingly, their mining heritage. But as Dr K.H. Kennedy’s paper on A Short history of the Cloncurry Copper Field noted; The Cloncurry region is likely to have the same impression on a modern visitor as it had on the inveterate traveller A.C.C. Lock, who in 1949, despaired having reached “the end of the world”. The relentless heat and windswept dust which rolled across the desolate red earth remained a lasting memory.

Back in the early 20th Century, mining companies in the Cloncurry – Mount Isa region did attract the attention of Stock exchanges in London and Melbourne. 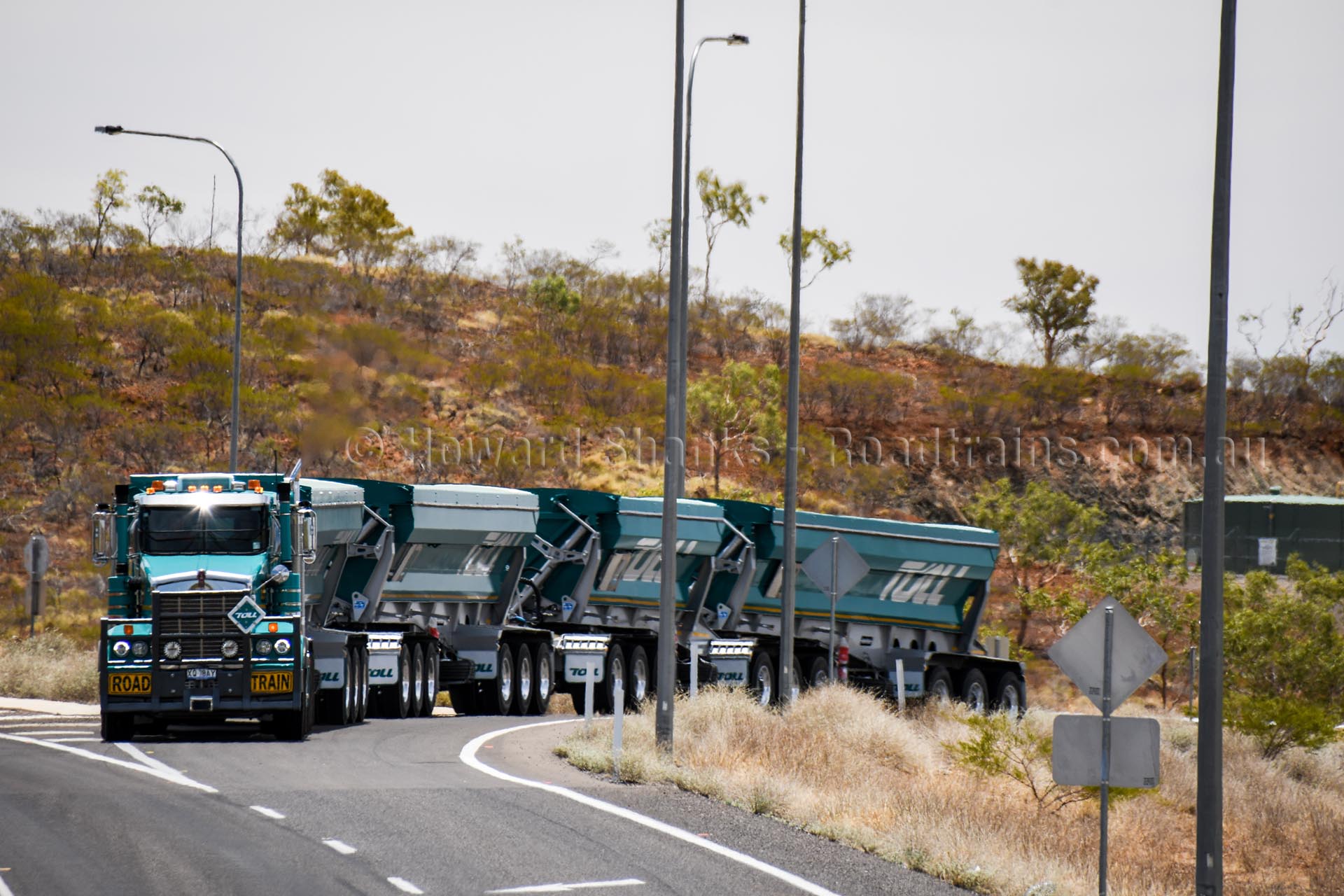 Nevertheless, like most boom fields, the tyranny of distance, adversity of the region and the outbreak of hostilities in 1914 sent copper prices plummeting, which brought the inevitable end to mining operations. Today a smattering of rusting relics is all that remains of the region’s early copper empire.

In the past decade, the price of copper has risen fast and high without any sharp decline. At the time of writing, copper is trading at 4.30 (USD/lbs). But mining accountants are all too familiar with how quick and far the price of copper can fall. So, they constantly read the market with the keen eye of an eagle. They understand a minute one per cent imbalance in supply and demand can influence prices by as much as 10 per cent up or down.

Increasing unit payload efficiency is undoubtedly one optimistic step miners employ to even out the fluctuations caused by global copper prices.

The exceptionally low tare weight of the Highway-Bowl side tipping trailer, combined with optimised axle group placement, gives these multi-combination units the ability to achieve the highest PBS gains. 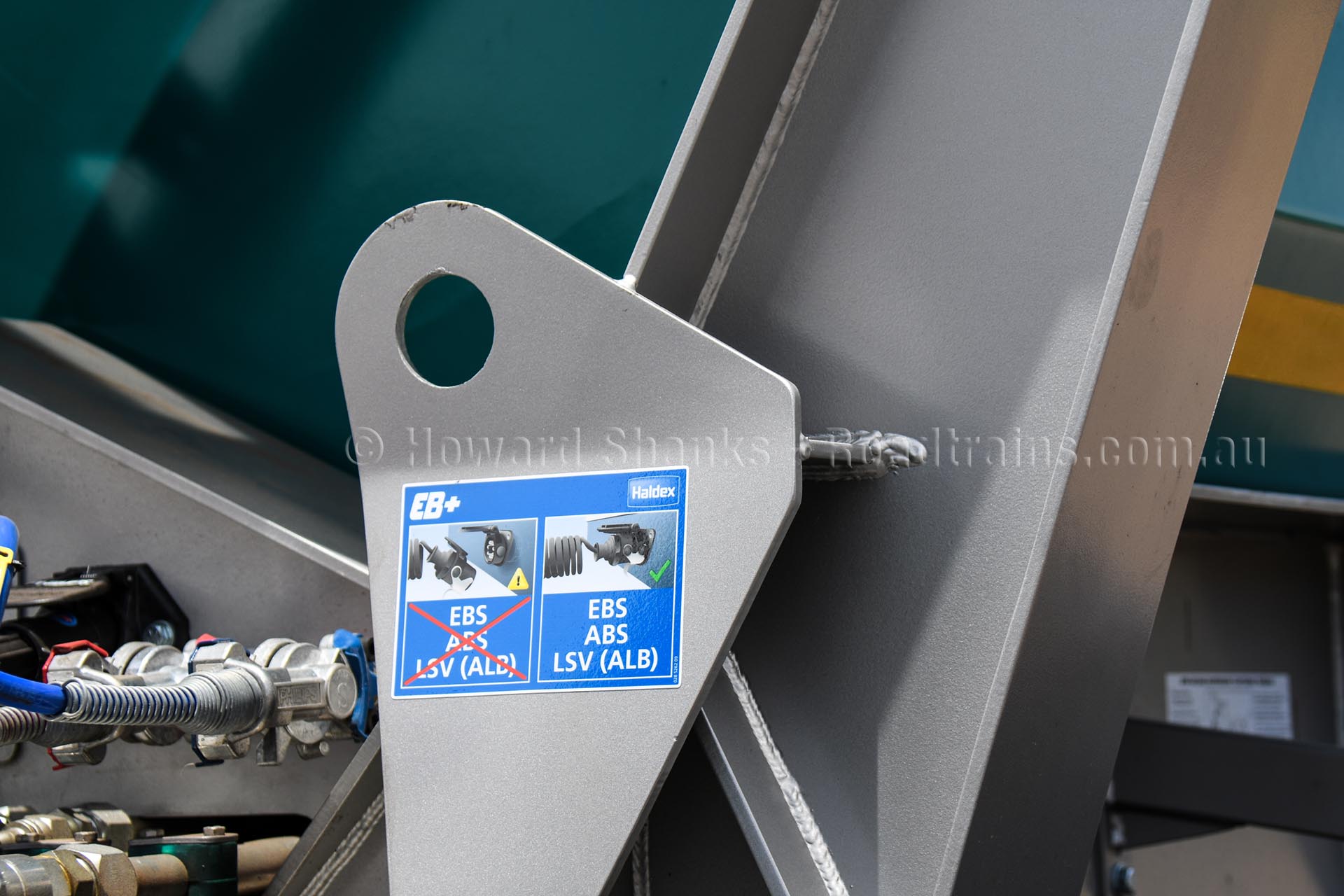 The Highway bowl side tipping trailer has a single hydraulic ram construction, which lessens the need for extra controls and hydraulic circuits, consequently reducing potential downtime.

The single ram design means that there is only one action for tipping when the trailer tips, speeding up the overall process considerably. Meantime, the body floor design encourages this fast-unloading process, reducing product build-up in the corners and sidewalls. As a result, the whole load can be tipped in as little as 30 seconds, depending on the hydraulic flow supplied. 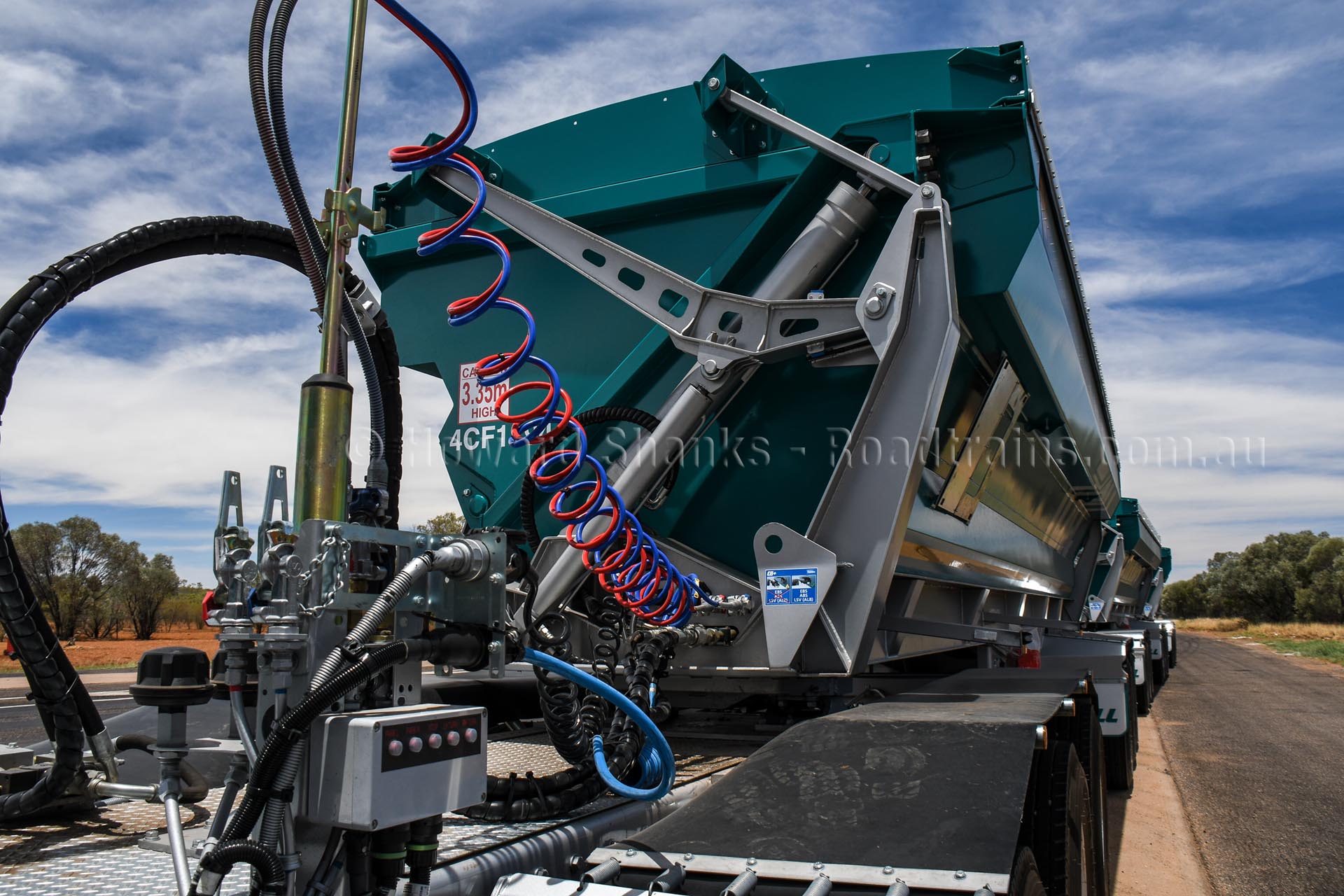 Meanwhile, the robust bin-to-chassis pivot bearing distributes loads evenly across the bin and chassis, resulting in the low maintenance operation.

In addition, an optional self-opening sealed lid system that significantly improves the safe operation for loading, transit and unloading, of dangerous goods like the copper concentrate these trailers haul is also available. 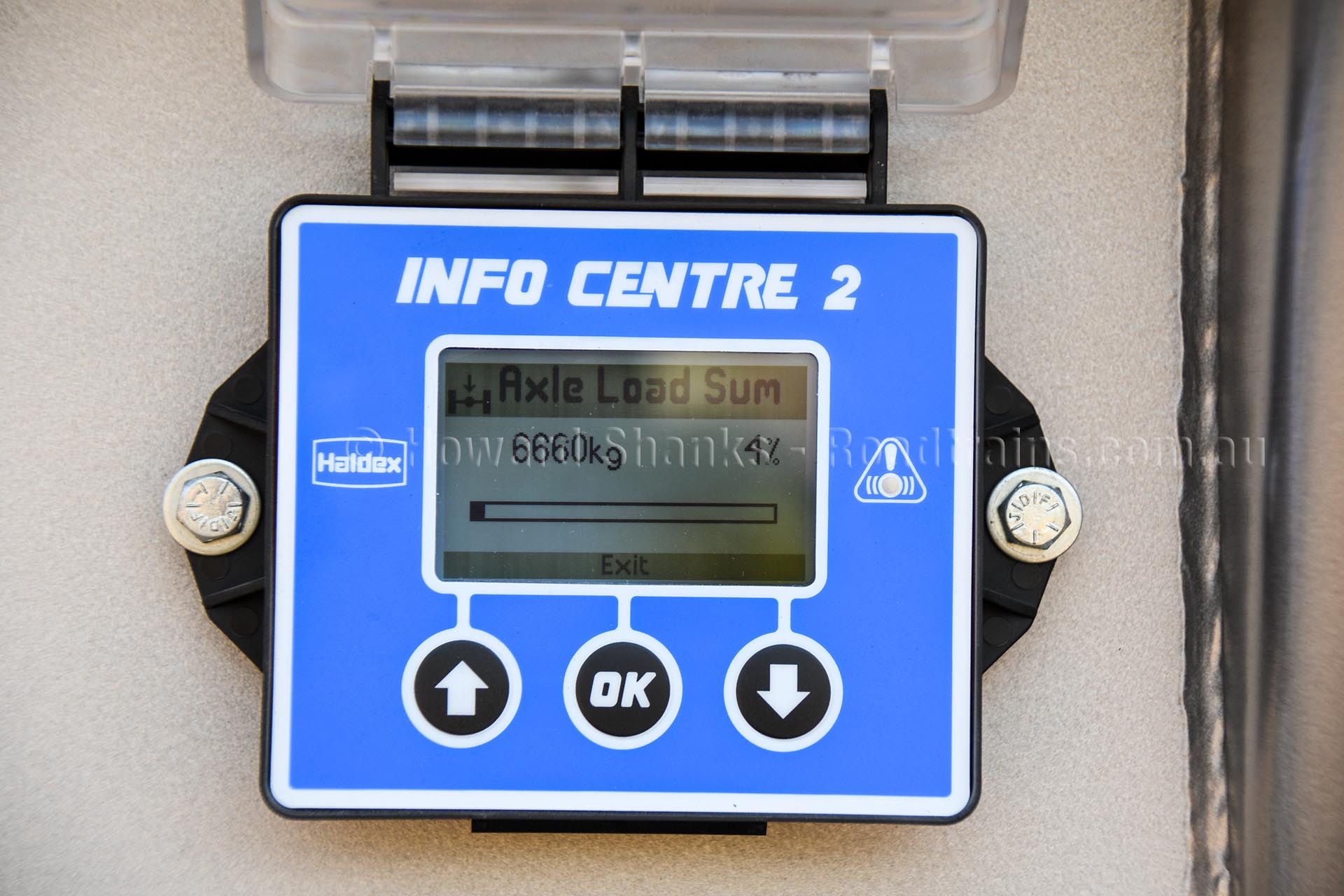 The Haldex Info Centre 2 is a side of trailer mounted diagnostic unit used display, odometer, diagnostic codes, trailer axle weights and other information that is available from the trailer’s Electronic Control Unit.

The running gear is nothing short of top-shelf premium pedigree, with BPW (SHZA10110-15 120-mm square x 15mm) axles and suspensions used exclusively throughout the trailers and dollies. The electronic brains of the braking and stability system is by Haldex. Throughout Queensland’s outback and the Northern Territory, BPW is the preferred trailer axle and suspension brand, and they certainly have the lion’s share of the market to corroborate this accolade.

If you read any of our previously published outback road train reviews, you will quickly find recurrent operator quotes like this one from Oakdare’s Michael Connolly. about their BPW equipment;

“Over the last few years, we’ve been specifying BPW disc brakes on our trailers, and we’re nearly at 95 per cent of disc brakes through the trailer fleet,” Michael explained. “We’re finding we’re getting great service life out them both on-bitumen and off. The main reason we originally went to disc brakes was for weight saving. Still, we’ve found that they have better dissipation of the heat, which is giving us a lot better tyre life, and the braking capability of the discs is far more superior to the drums. Also, there is a lot less time spent on the daily servicing of the trailers without the grease points, and we don’t have to adjust the brakes for the life of the pads. From a service life point of view, we have trailers that have worked in mixed service with both on and off-highway operation that have over 300,000 kilometres, and the pads are still good.” 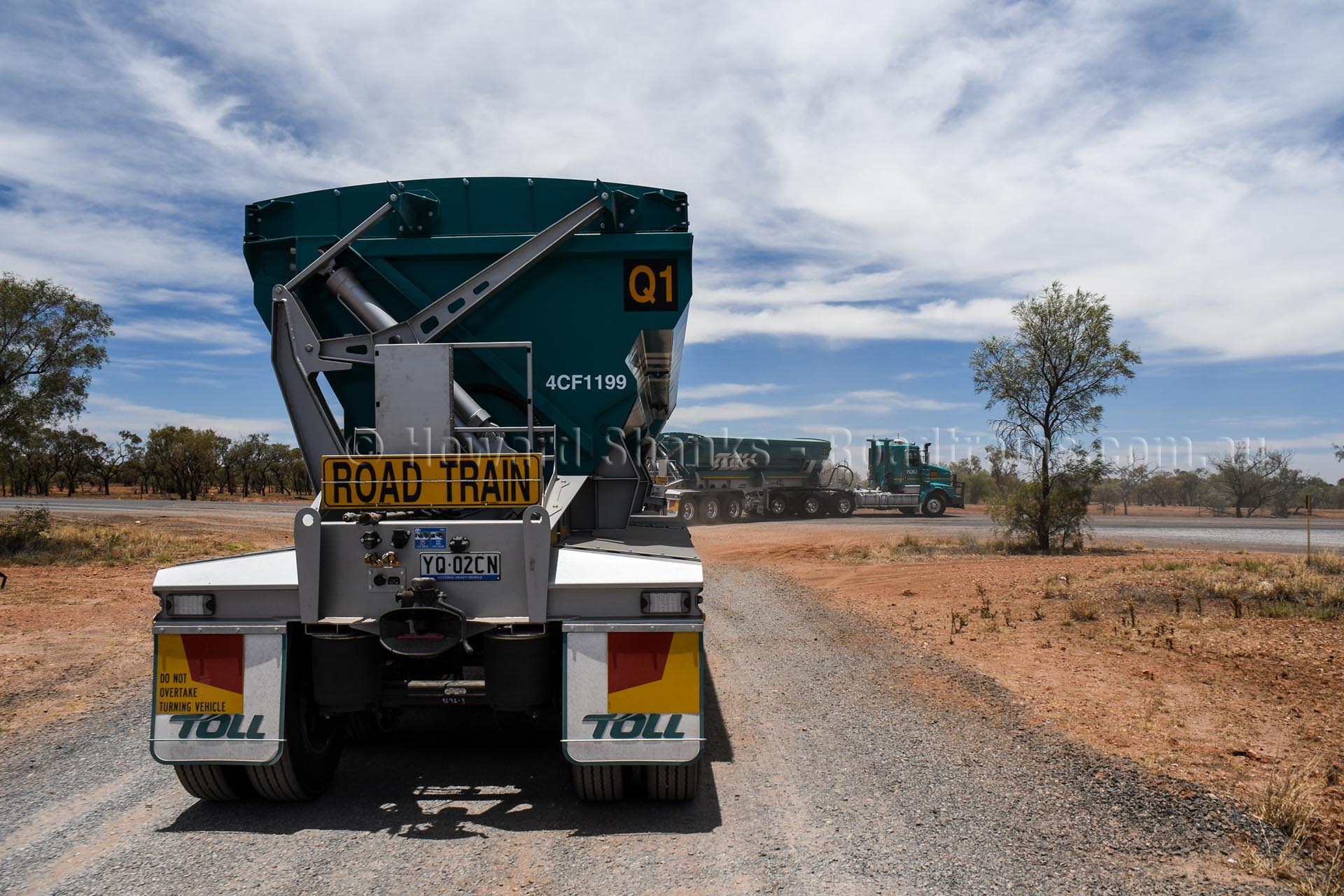 These units undoubtedly tick the boxes of lower operating costs, increased vehicle utilisation and productivity gains with the consolidation of a light tare weight, premium running gear components and the addition of low maintenance features such as a complete auto greasing system.

This quad road train predominantly hauls copper concentrate 270 km from Gunpower Mine and 180 km from Cannington Mine to the Oonoomurra rail siding east of Cloncurry, but more on the Kenworth T659 (8×6 Tri-Drive) units the run from Gunpower to Oonoomurra later. 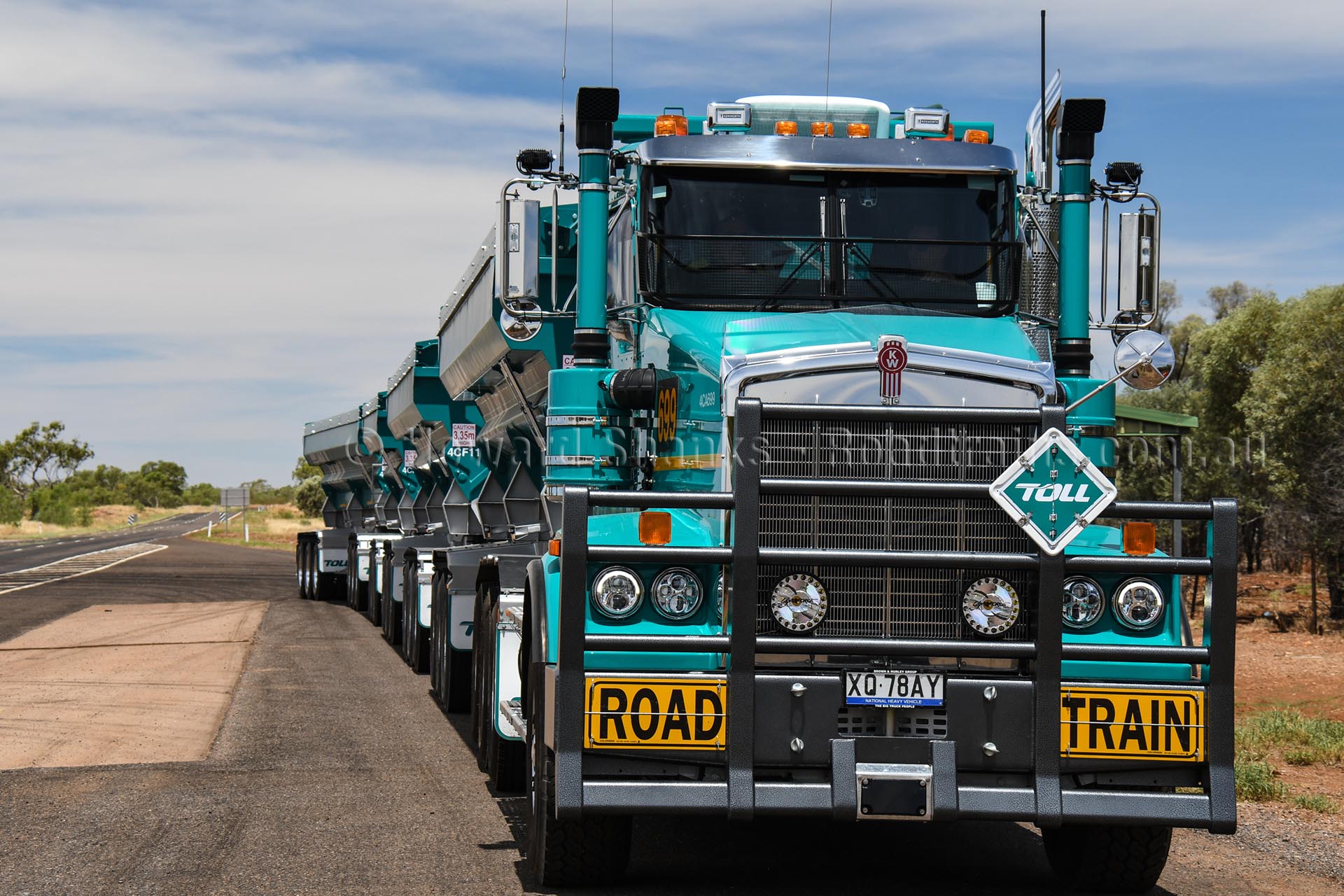 So far, the Mick Murray Welding Highway-Bowl side tipping trailer combinations are living up to their expectations. However, there is no question that they certainly operate in one of the hottest and harshest environments in the world. The bitumen road is so hot in the summer months you can literally place a frypan on the street in Cloncurry and cook an egg. It’s that hot!

For the time being, at least, that 10 per cent productivity gain which initially caught the eye of the mining accountants is paying dividends. 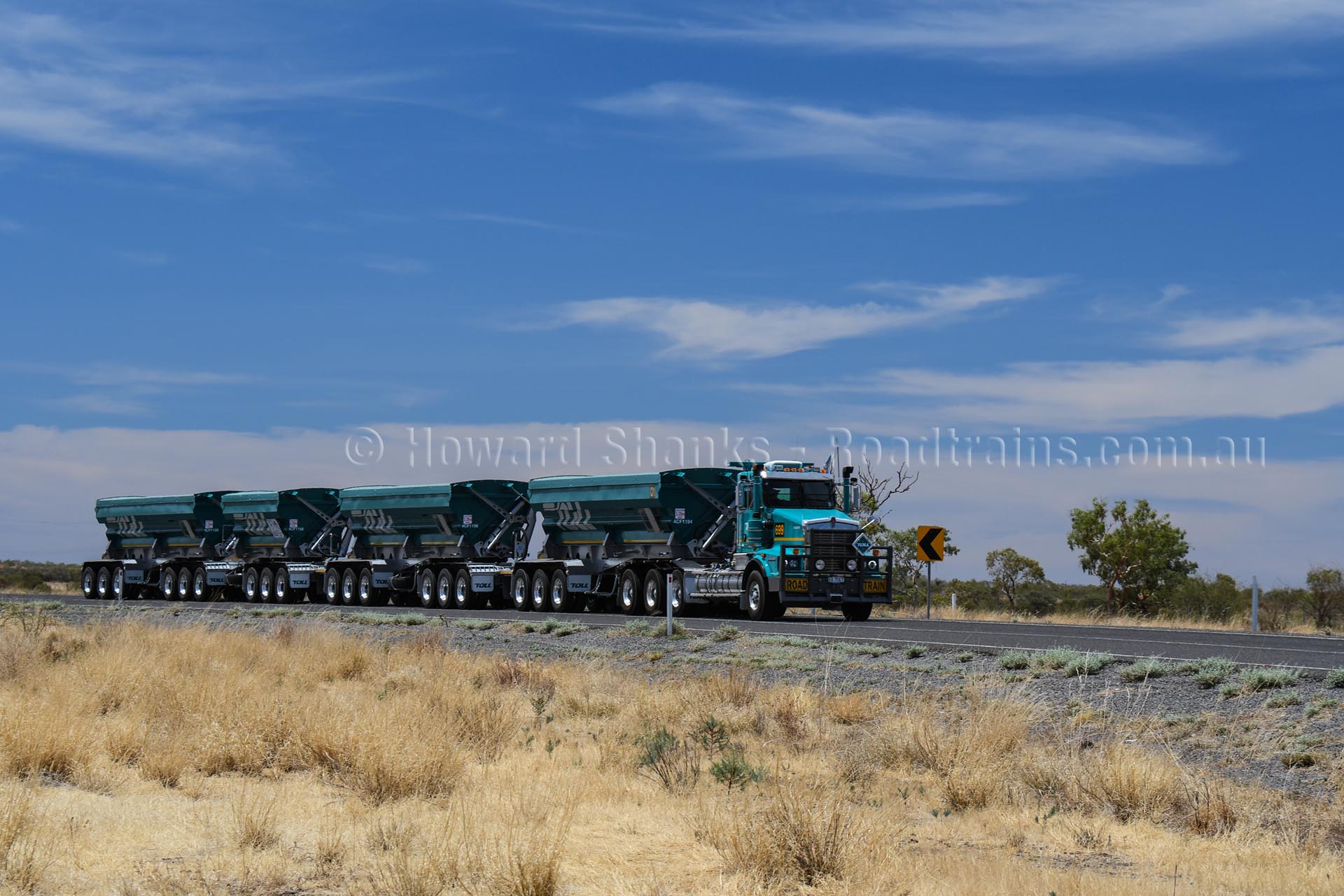