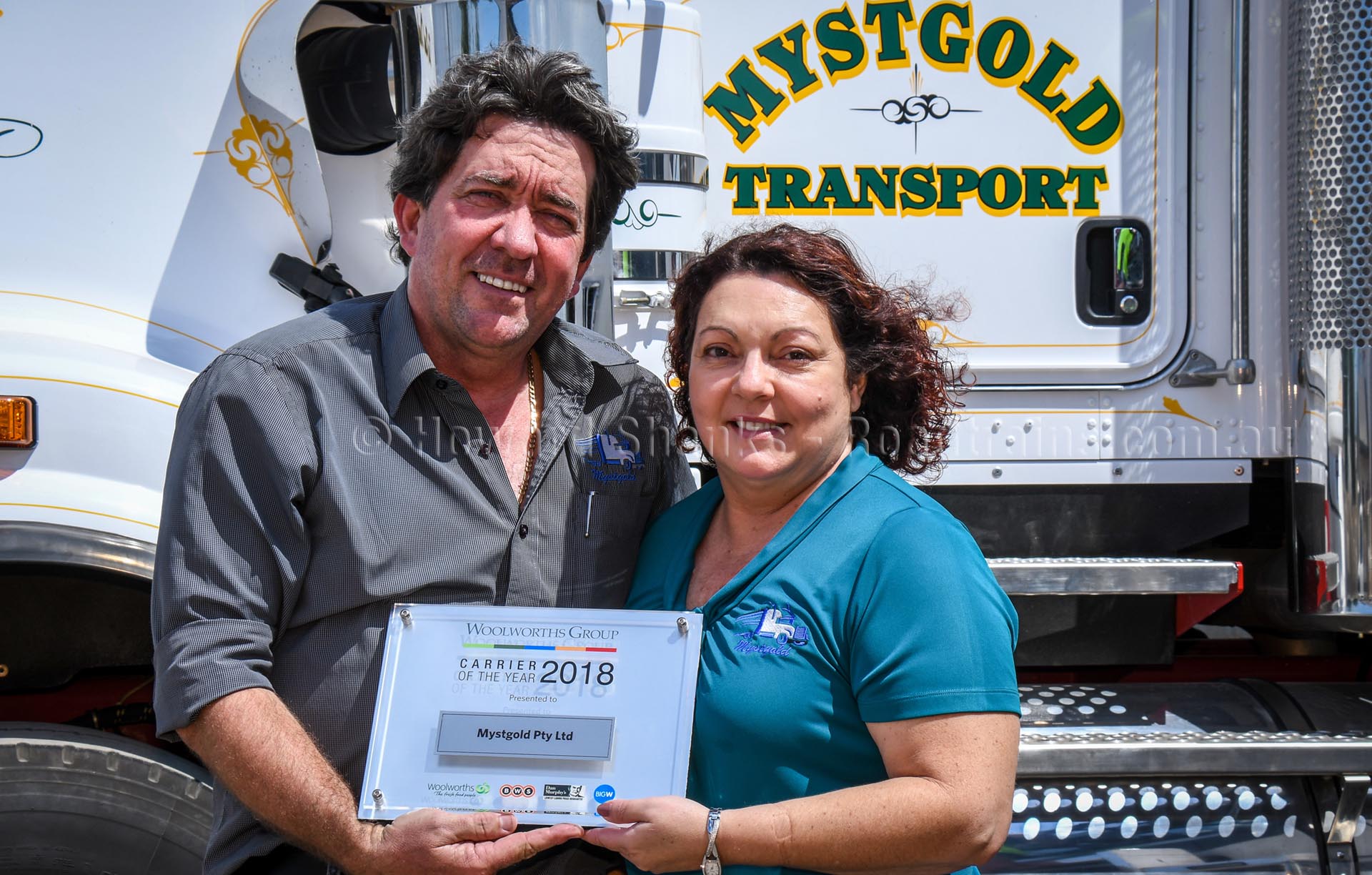 The Carrier of the Year Awards recognises carriers that have delivered outstanding performance in safety, compliance and service.

Like many mid-size transport fleets in Australia Chris’ business Mystgold Transport Pty Ltd, grew from an owner-driver operation with a single truck in 1991, that went the extra mile and provided a more reliable operation than his competitors. Today, it is one of North Queensland’s leading suppliers of refrigerated logistics and transport solutions.

Mystgold services around 40 of Woolworths stores in North Queensland delivering produce, meat and dairy from the Townsville Regional Distribution Centre, as far as Mt Isa in the west, Sarina to the south and Cairns to the north. 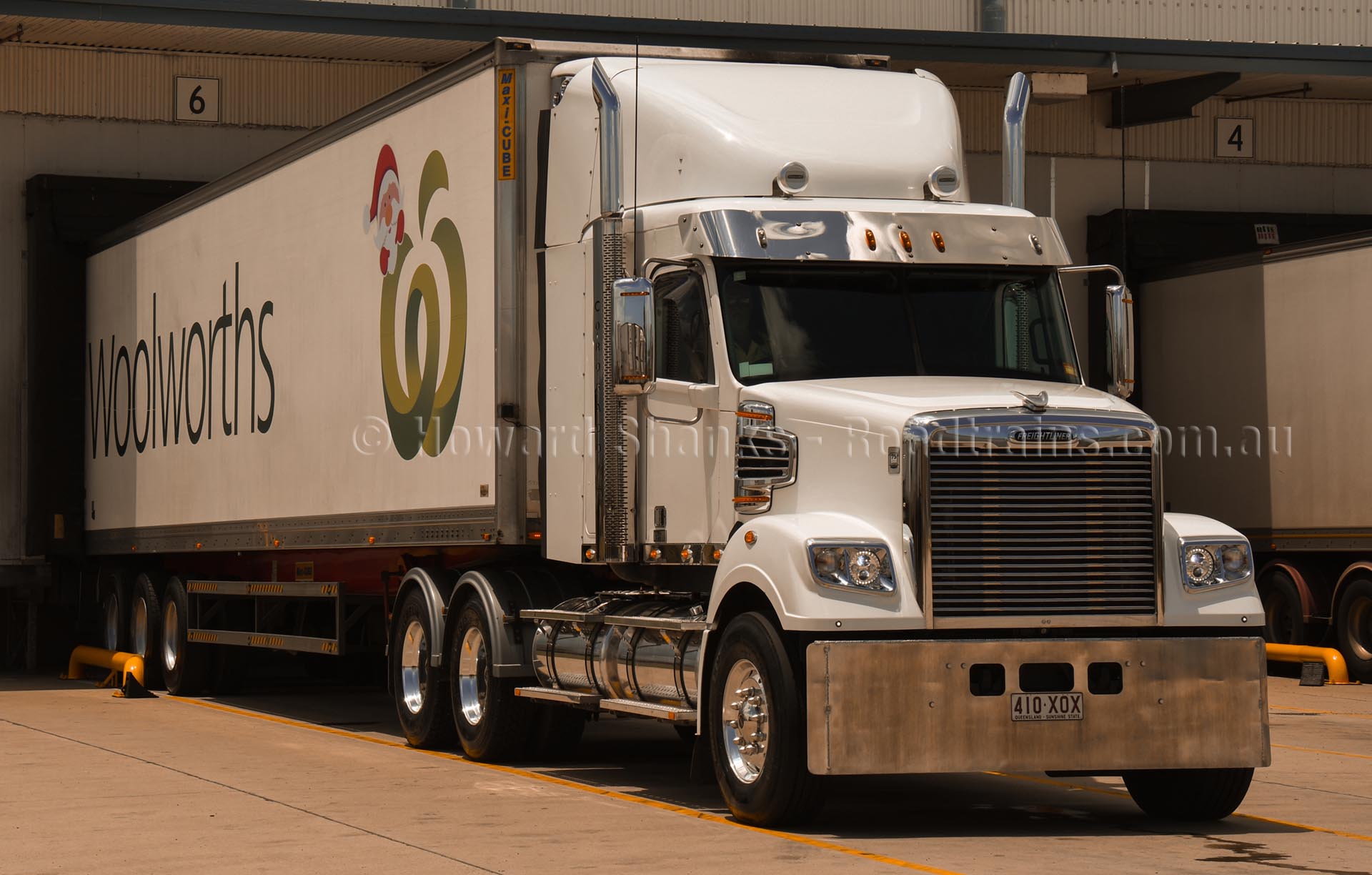 The Townsville-based transport provider is a fully owned and operated family business small enough to care but large enough to provide a professional, reliable and timely service.

Mystgold’s efforts to go above and beyond the call of duty especially, during cyclone Iris did not go unnoticed. Their trucks full of vital fresh food supplies were among the first vehicles into Airlie Beach after the cyclone had devastated the area.

Mystgold owners Chris and Rosa McMurray were honoured to receive the award and cited the ongoing commitment of their staff to safety and professionalism as key contributing factor in setting Mystgold apart from other transport companies.

“I’d personally like to congratulate and thank all our staff,” Chris said. “Without their dedication, we wouldn’t be able to build the business relationships that we have today.” 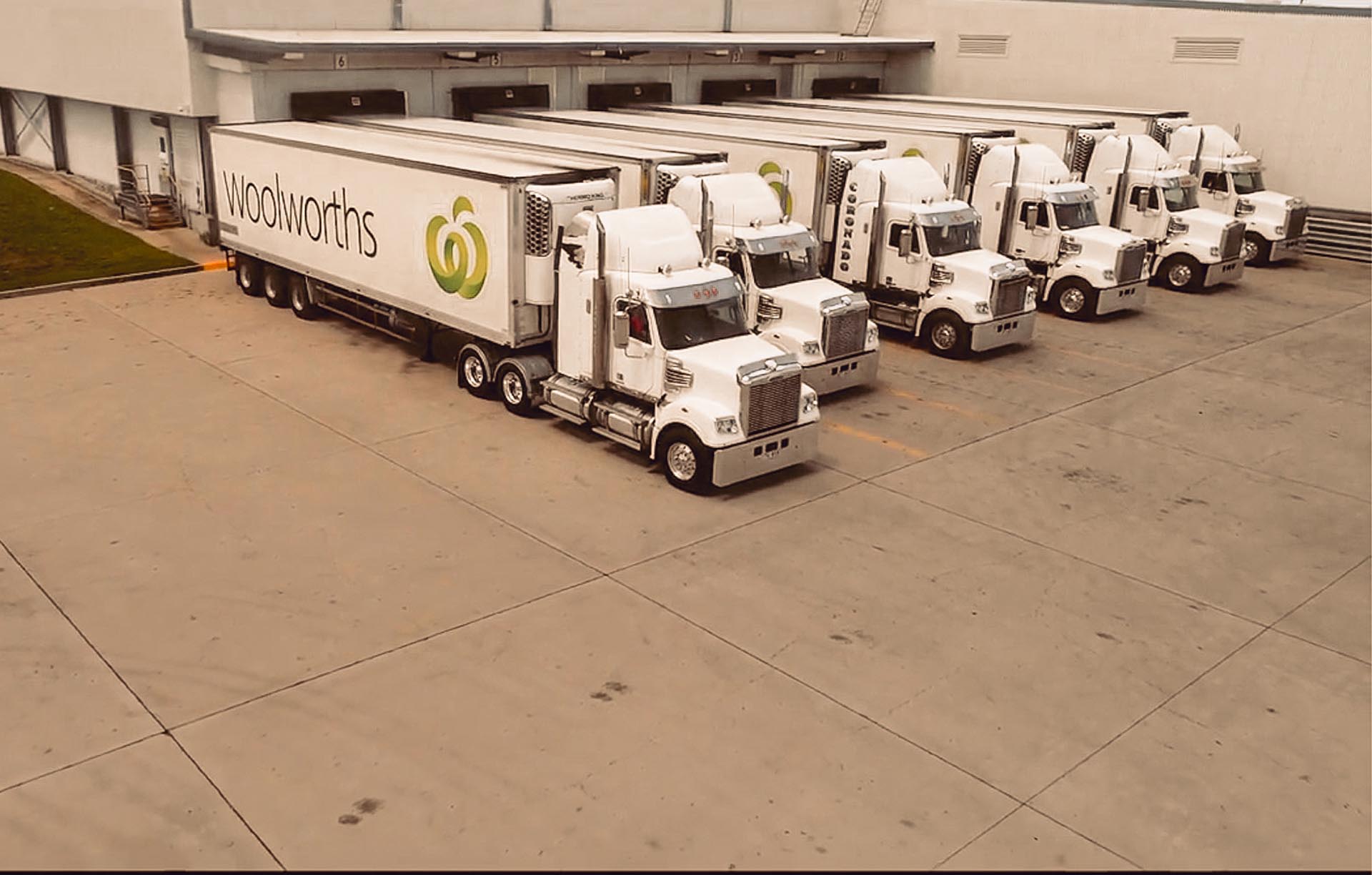 “We work closely with our transport providers to continually improve road safety so everyone can return home safely to their families every day. Over the past 12 months, we have seen the adoption of fatigue detection systems which is a great demonstration of safety leadership by our carriers.”

At this year’s Transport Safety Day attendees got to tour MSRDC, due to open in early 2019, as well as hear from speakers including Paul Graham, Woolworths Chief Supply Chain Officer, and panels discussing best practice initiatives and emerging trends on road safety.