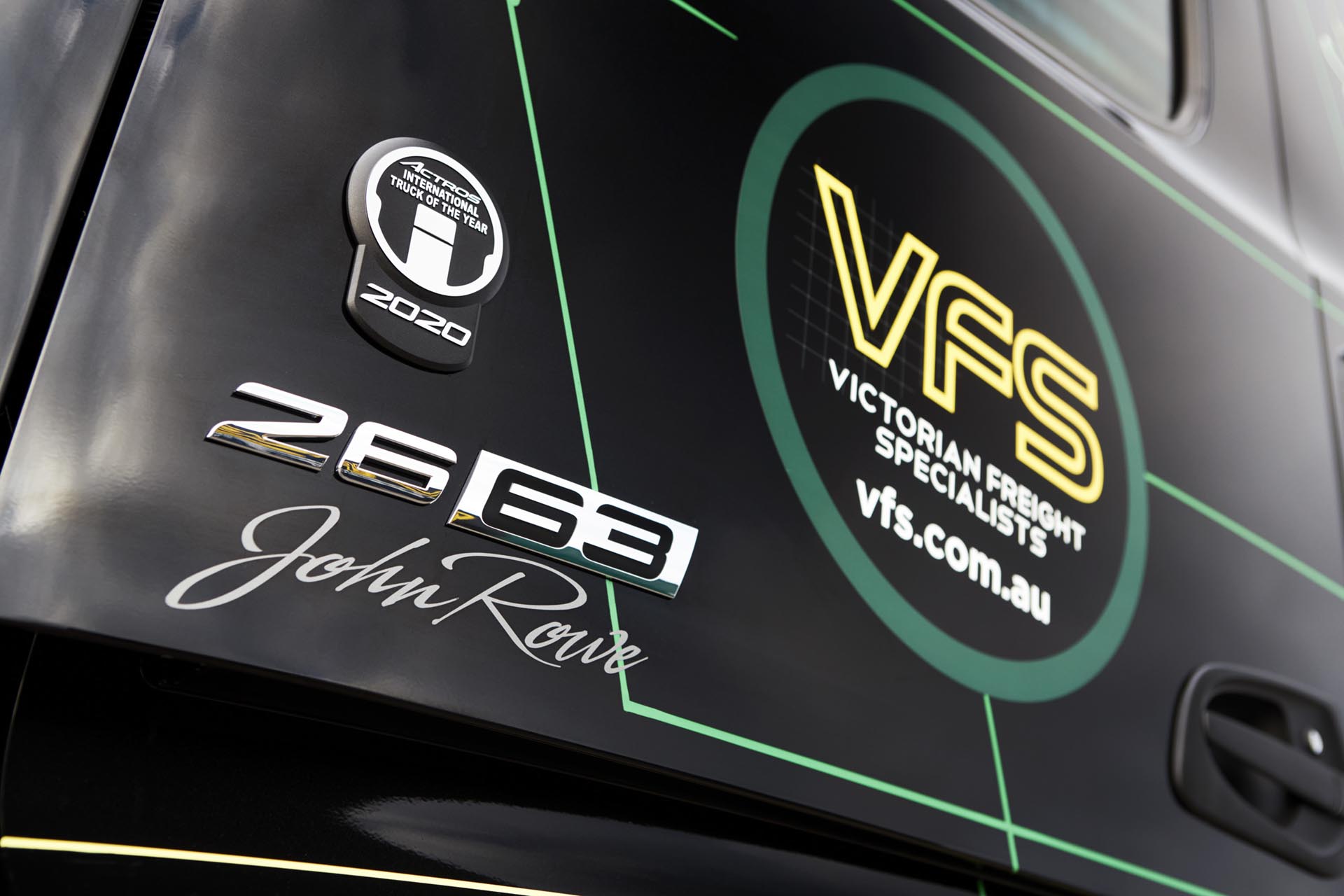 VFS was established in 1998 by experienced transport experts John Rowe and Roland Neef. It has grown steadily and currently employs around 170 people directly, plus more than 200 sub-contractors and services Victoria, Southern NSW, Mt Gambier in South Australia and the ACT.

The special 2663 is dedicated to one of the company’s founders, John Rowe, whose name is displayed as part of the truck’s custom livery.

VFS bought one of the very first new-generation Actros trucks in 2016 and immediately recorded fuel savings worth tens of thousands of dollars a year. 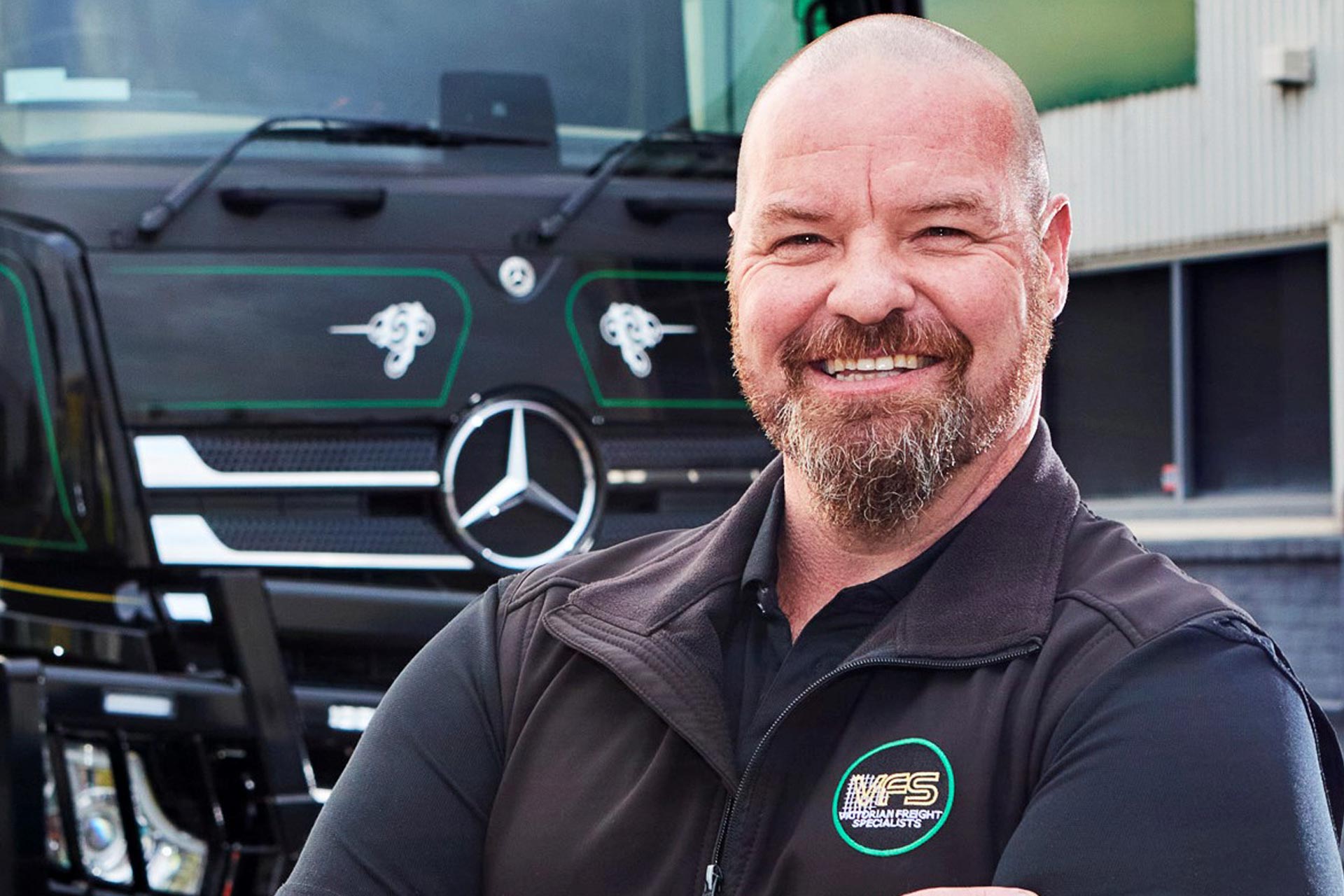 VFS Operations Director, Chris Collins, says the company has been very pleased with the performance of the Actros trucks it has steadily added to its fleet, as well as the support from Whitehorse Truck Centre and salesman, Mitchell Hynd.

“The Actros has been an absolute weapon for our business. They are a great bit of gear and the fuel efficiency is just second to none,” Mr Collins says.

“We ran a lot of tests in the early days and there was just nothing that could compete with it and that’s still the case today.”

VFS continues to focus on fuel economy and gives all its new drivers comprehensive driver training, using knowledge passed on from Mercedes-Benz truck driver trainers in order to get the best possible performance and economy out of the trucks. It also monitors a lot of data to keep driving down fuel consumption. 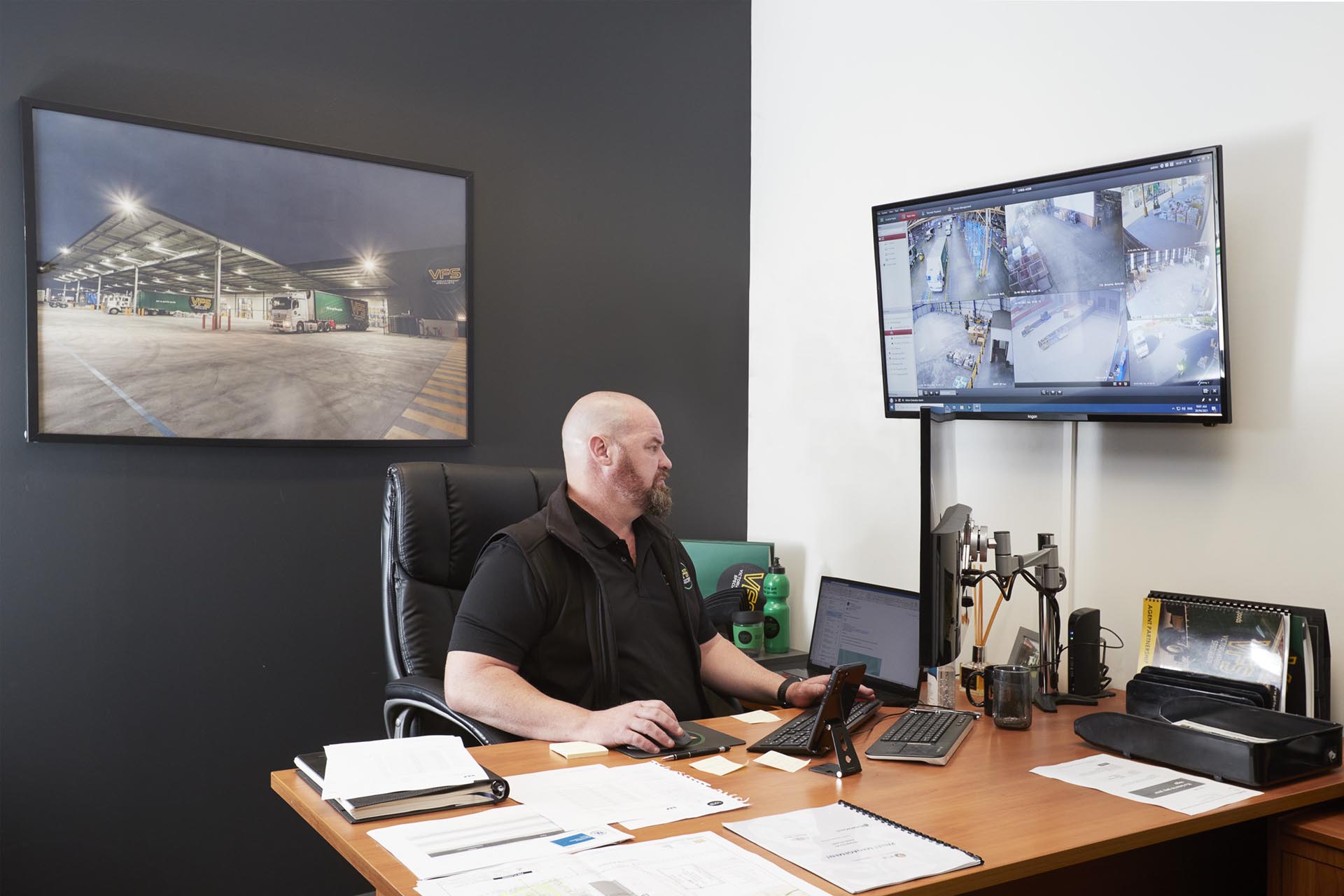 “Everything helps and it’s all about the little details,” Mr Collins said.

Safety is a high priority at VFS and the fully-integrated active safety systems of the Actros are appreciated.

“The truck comes with so much of the safety features already, which is really reassuring for our business,” Mr Collins says.

“We want to operate the safest equipment possible as part of our commitment to our drivers, depot staff, customers and members of the public,” he adds. 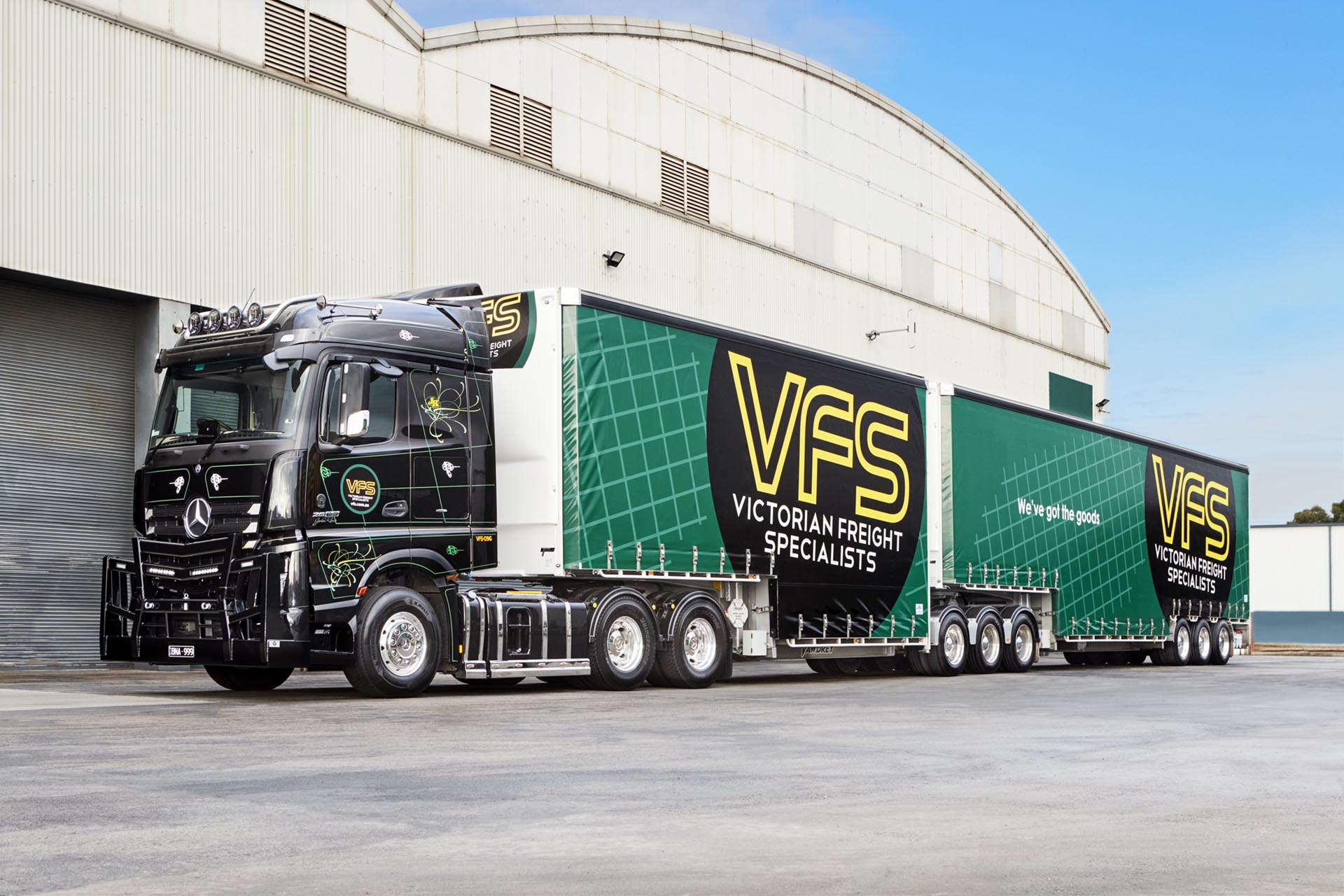 How to operate Mercedes-Benz MirrorCam

VFS also goes a step further and integrates a range of cameras, which help demonstrate what is happening in the event of an incident.

High-resolution Multimedia Cockpit tablet screens, which come standard with Actros, and high levels of comfort and refinement are all appreciated by the drivers.

“As soon as you climb in, you just think, “Yeah, this is just fantastic”,” Mr Collins says.

“It is just like sitting in a luxury car.”

The 2663 features a 16-litre six-cylinder Euro 6 engine with 625hp and 3000Nm of torque, which is teamed with a 12-speed fully automated transmission.

Mercedes-Benz was the first manufacturer to introduce Euro 6 emission ratings for all its models in 2016, something that more and more customers are demanding from operators.