The legend of Canter

Fuso Canter Story – a legend in the making 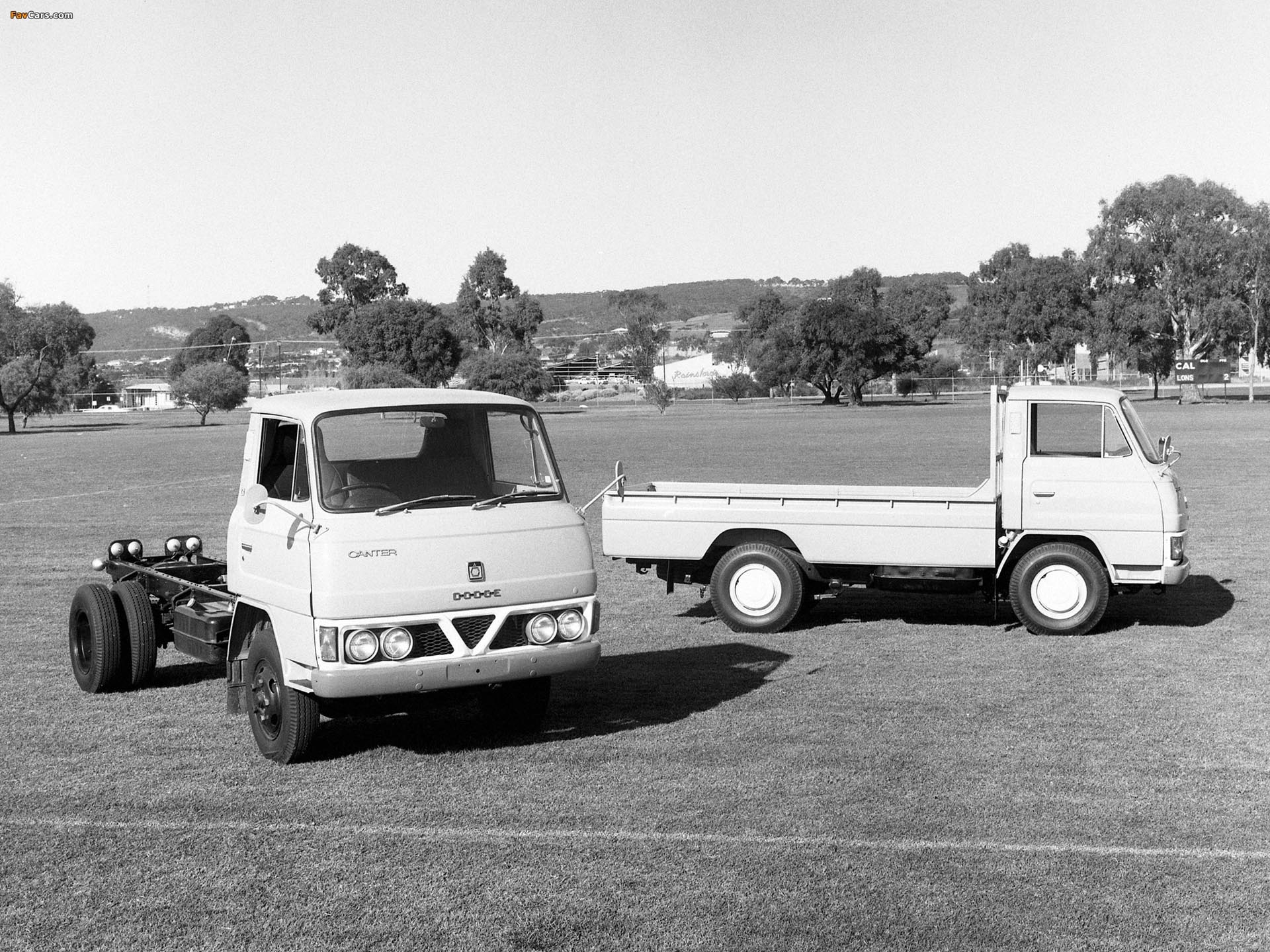 Two years after man first stepped foot on the moon, another important landing was taking place.

It was arrival of the first ever shipment of Canters in Australia, which drove off the wharf and straight to work in 1971.

Now Fuso is celebrating the 50th anniversary of the iconic Canter, the only truck with a household name in Australia. All up, more than 72,700 Canters have been sold here.

Back in 1971, the first Canter actually wore a Dodge badge due to the tie up with Chrysler, which saw many Mitsubishi products sold as Chrysler and Dodge products in Australia.

Flick through newspapers of the time and you’ll notice, in between stories about Australia pulling troops out of Vietnam and the first release of the first ‘pocket calculator’, advertisements for the new Canter which was described as a great ‘all-rounder’. 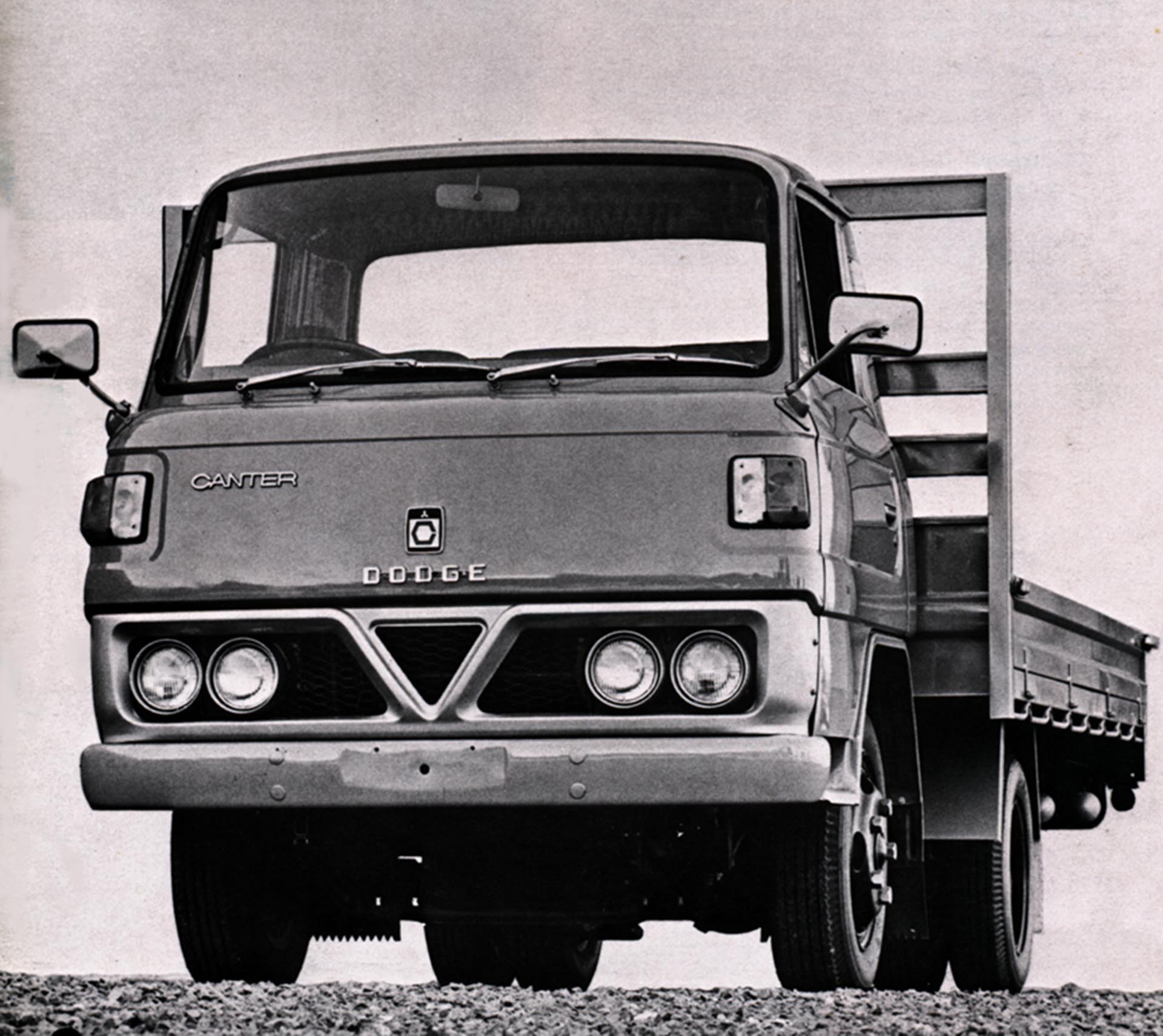 That was surely a great deal, as was the rip-snorting Ford Falcon GT-HO Phase III advertised for a touch more than $5000 on another page.

The Canter was first introduced in Japan in 1963 as the T20 and proved its toughness in our region on the rugged ‘roads’ of Papua New Guinea a couple of years before it arrived in Australia.

Looking back at it now, the first Canter appears basic, even though the ads boasted of ‘extra’ features such as “flow-through ventilation” and “safety glass all-round.”

The radar-based Advanced Emergency Braking System of today’s Canter would have seemed like the stuff of a science fiction movie, as would its dual airbags and camera-based Lane Departure Warning System. The current Canter’s common rail turbo diesel engine and dual-clutch fully automated transmission also delivers the kind of performance that could only be dreamt of back in the early 70s.

But the first Canter was a willing worker and proved popular. 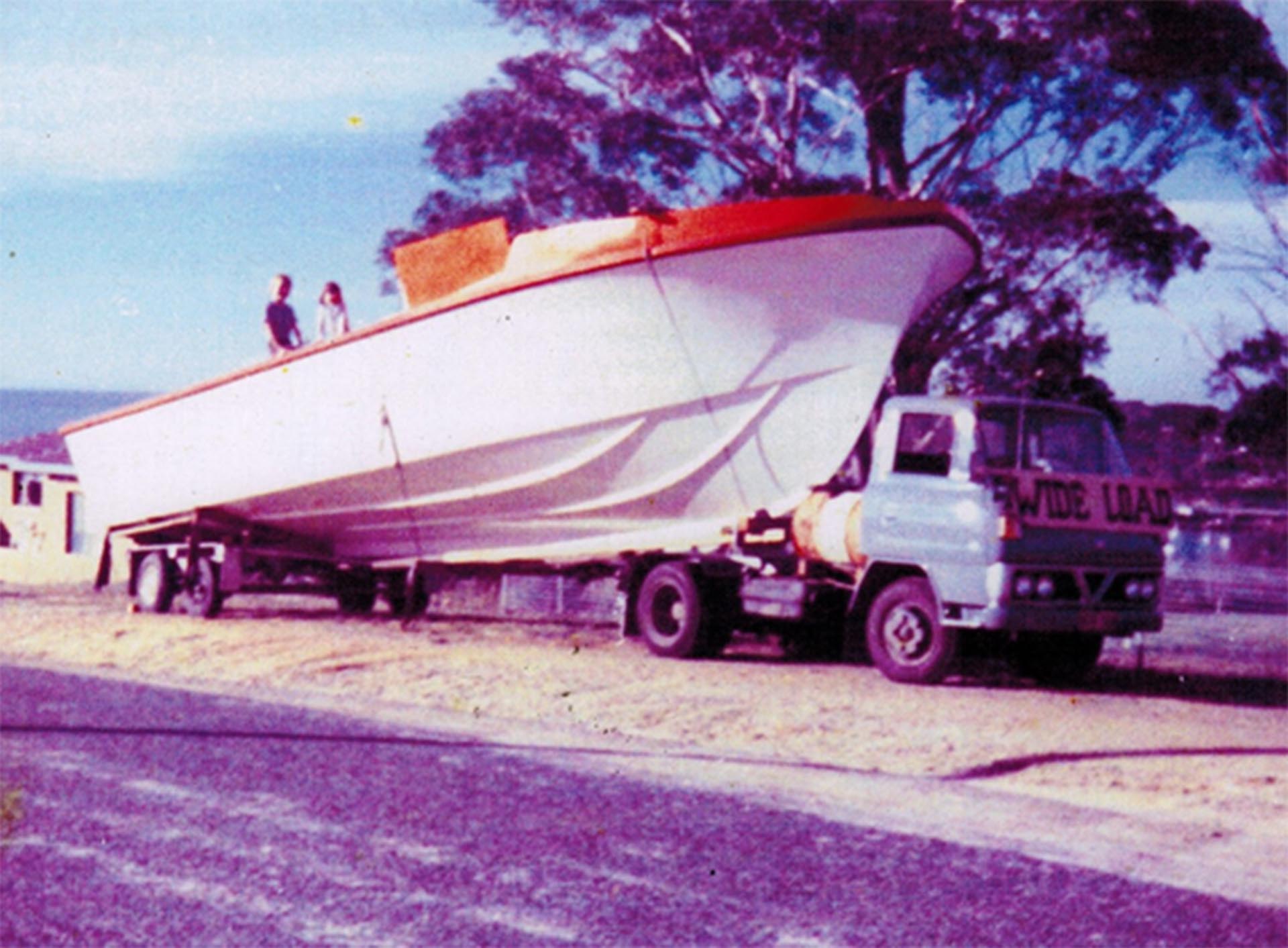 Soon, Australians found out the Canter could do just about anything. One owner decided to use a single axle Canter to tow an enormous boat all the way from Perth to Sydney. The little truck looked tiny compared to the vast boat it was hauling, and would likely attract plenty of attention from authorities these days, but it made the trip without missing a beat.

Keen eyed viewers would have also noticed the original Canter even had a cameo in the much-loved 1995 movie, Babe.

But it wasn’t on the movie screen that would make Canter famous. Instead, Canter became a household name thanks to an advertising campaign for TV.

Watch how to tilt a Fuso Canter Cabin

In 1978, three ‘Japanese Sumos’ climbed into a Canter truck, before one declared that it was “Not so squeezy!” The effect of the ad, which aired across the country, was immediate and the Canter name, as well as the term “Not so squeezy,” would soon be etched in the minds of everyday Australians.

Interestingly, the so-called Sumos were not even Japanese. The ad agency sourced some big Kiwis to fulfil the roles with the help of some make-up and questionable Japanese-English accents.

The Canter evolution continued through the years as technology advanced. It launched in 1971 with a petrol engine only, but was joined by a diesel four years later and it soon became the preferred engine.

In Australia, the petrol unit was dropped in 1991, but the Canter is still available in the United States with a petrol engine, a 6.0-litre GM V8. 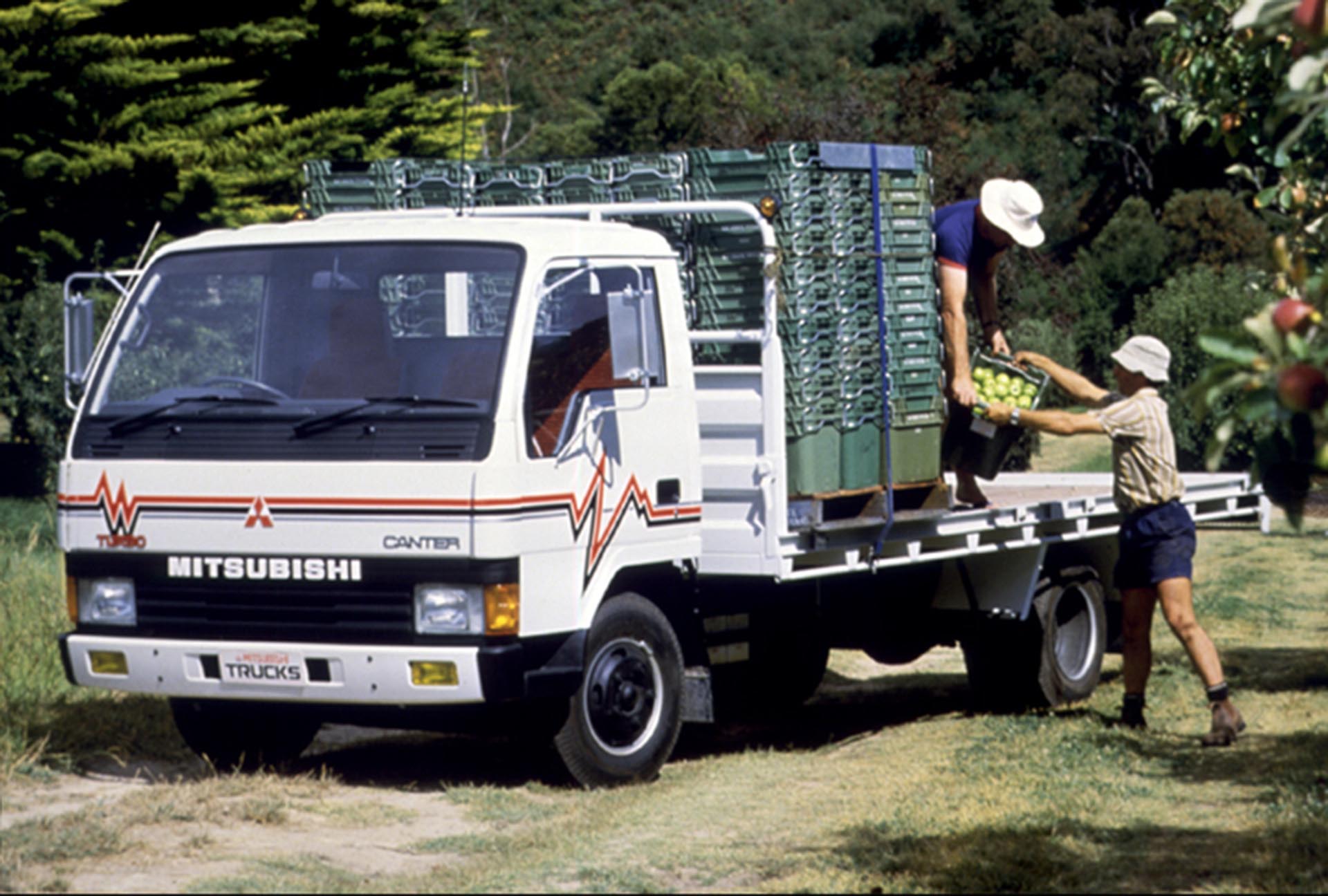 By 1978, Canter was available with a wide cab, much to the delight of larger Australians, in addition to its standard cab. Both options remain today, with the City Cab preferred for operators who need to slip into tight spots such as city lanes and cramped building sites.

The 4×4 Canter arrived in 1989 and was an instant success. Rural fire brigades loved it, and for some time, the biggest 4×4 Canter fleet in the world was owned by the NSW Fire Service.

The TF Canter arrived in Australia in 2011 and was substantially different to the previous model.

It was the first Canter developed after Fuso joined the Daimler family and efficiency was a key focus, both in terms of fuel economy, but also an optimum payload. 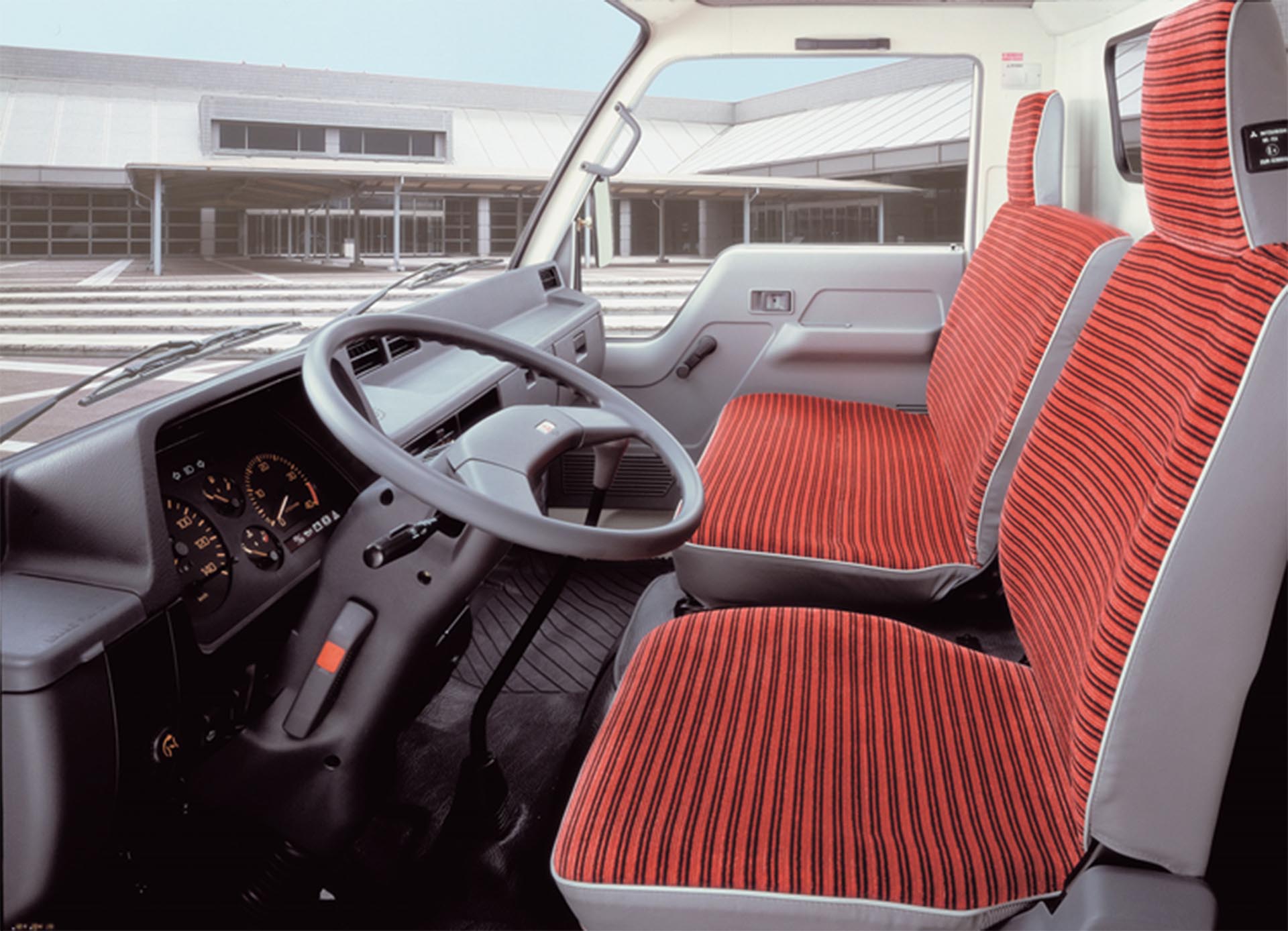 Revisions were made along the way and the truck was given an upgrade in 2017, before the Canter became the first light duty truck to be fitted with Advanced Emergency Braking System, Electronic Stability Program, Traction Control and Lane Departure Warning System two years later.

It is available in a range of configurations from a 3.5 tonne car licence model to an 8.5 tonne version, along with City Cabs, Wide Cabs, Crew Cabs, Built Ready tippers, tray trucks and pantechs as well as a rugged 4×4 unit.

This year, Fuso started a new chapter in the Canter story by introducing the first OEM fully-electric truck in Australia; the eCanter.

Introducing a pioneering truck that heralds a new age for electric trucking in this country seems like the perfect way to celebrate the 50th birthday of the iconic Fuso Canter. 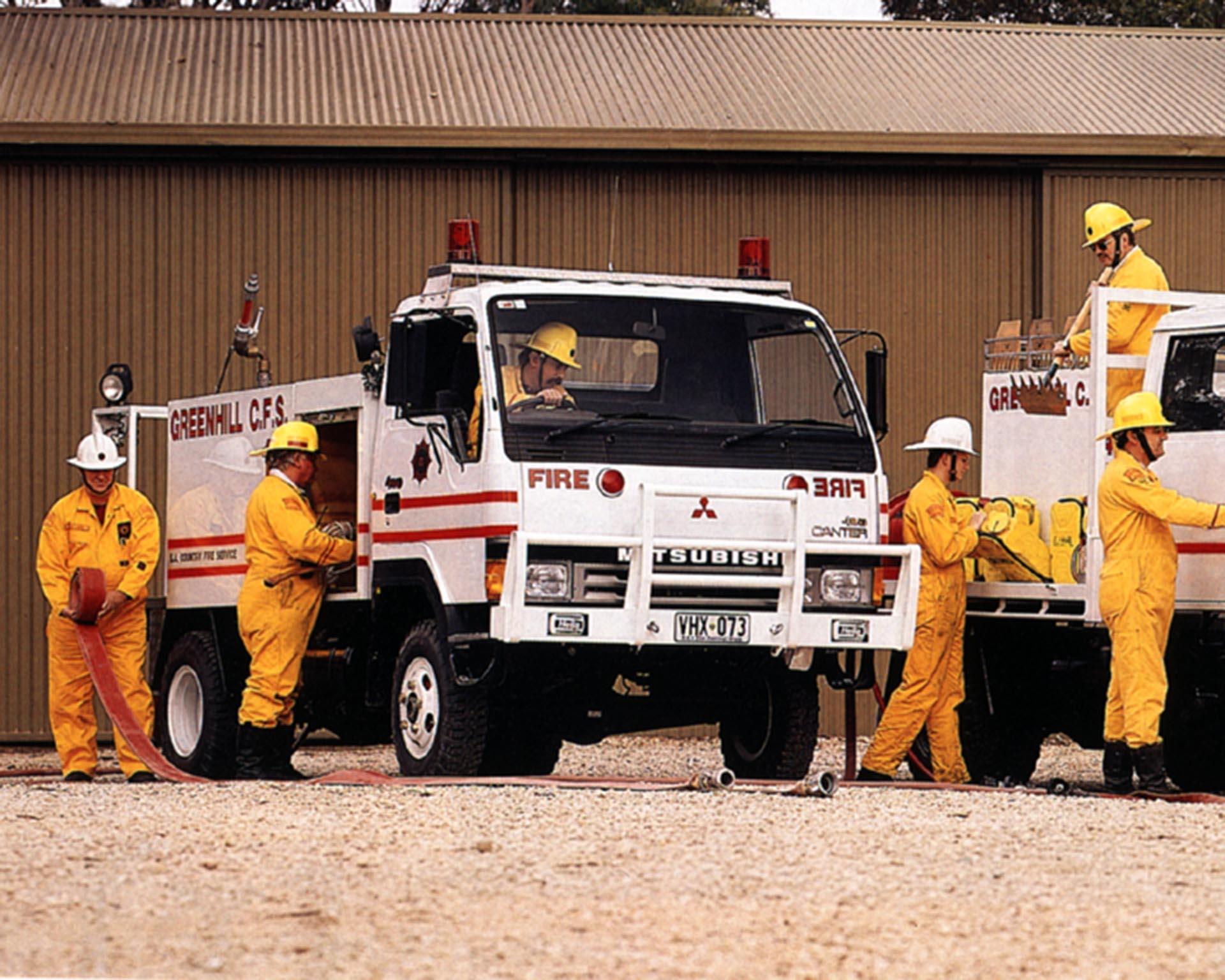 The Canter has become a household name and more than 72,700 have been sold in Australia since the first trucks rolled into showrooms in 1971.

Visitors to the Daimler stand at the Brisbane Convention and Exhibition Centre can go on a trip through time from the first Canter along to the latest model introduced, the fully electric eCanter.

The eCanter became the first Original Equipment Manufacturer (OEM) all-electric truck available in Australia when it was launched in March and the production truck will appear for the first time at a public event in Brisbane.

Fuso will also present a current 515 Canter, a much more advanced truck than its 1971 relative, with features such as the radar-based Advanced Emergency Braking System, a lightweight common rail turbo diesel engine and a dual-clutch automated transmission. 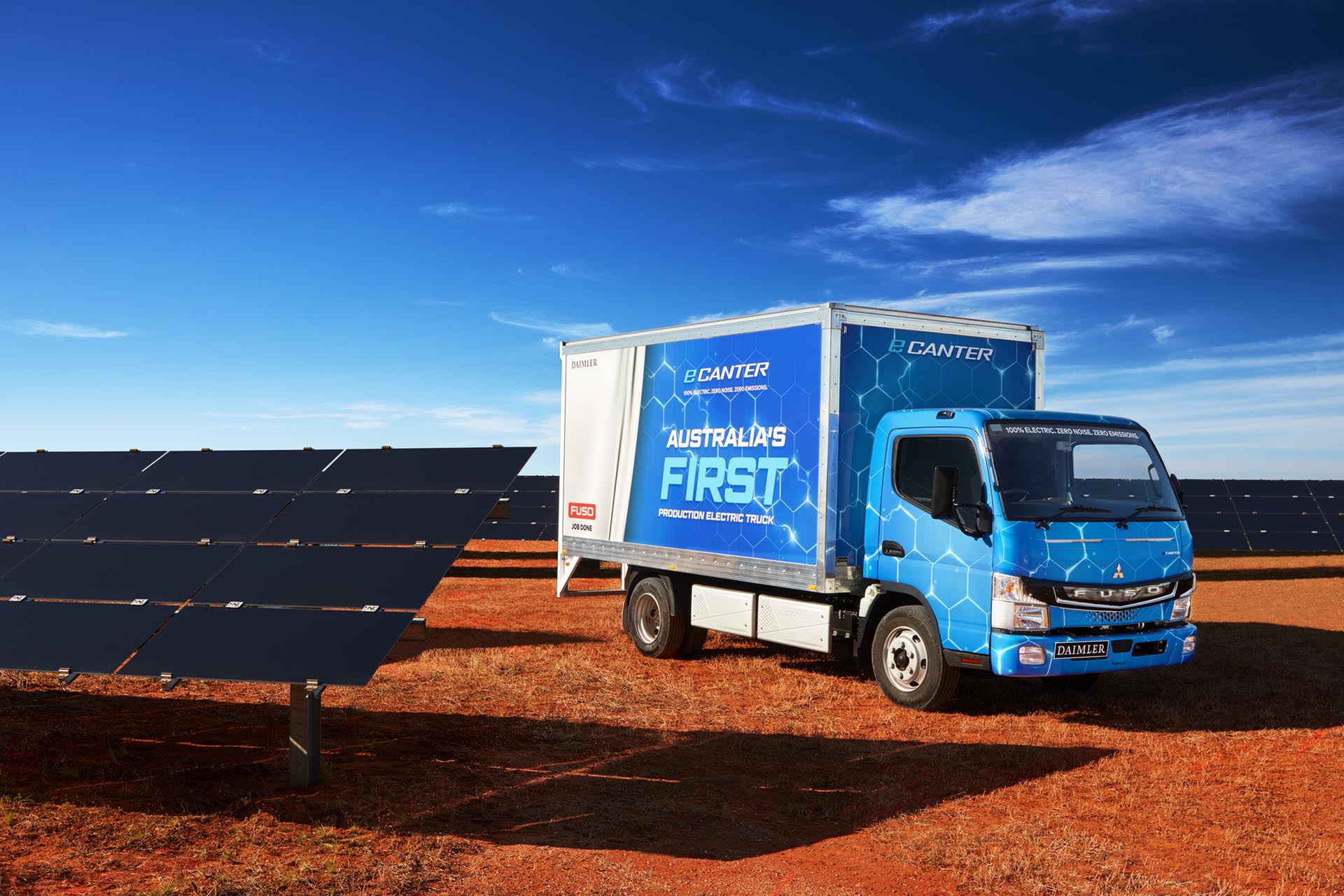 The first Canter to be sold in Australia was rated at 3.5 tonnes, produced 95hp and was priced at $3287. Advertisements at the time boasted of ‘extra’ features such as “flow-through ventilation” and “safety glass all-round.”

Canter soon established a reputation as a durable and willing worker and it wasn’t long before it became a common sight on roads and industrial facilities across Australia.

The Canter has continued to evolve over the years, with constant improvements that have meant each new model is more efficient, safer and easier to drive.

Canter is now available in a range of configurations from a 3.5 tonne car licence model to an 8.5 tonne version, along with City Cabs, Wide Cabs, Crew Cabs, Built Ready tippers, tray trucks and pantechs as well as a rugged 4×4 unit and the new all-electric eCanter.

Fuso Truck and Bus Australia Director, Alex Müller, says: “The Canter has achieved a lot of firsts throughout the years and the current model is the best Canter ever, being first with active safety and first with an OEM electric option in the form of eCanter.”

“If you also consider Canter’s low tare weight and its five year/200,000km warranty, it becomes clear why Canter has such a good reputation in Australia,” he says.