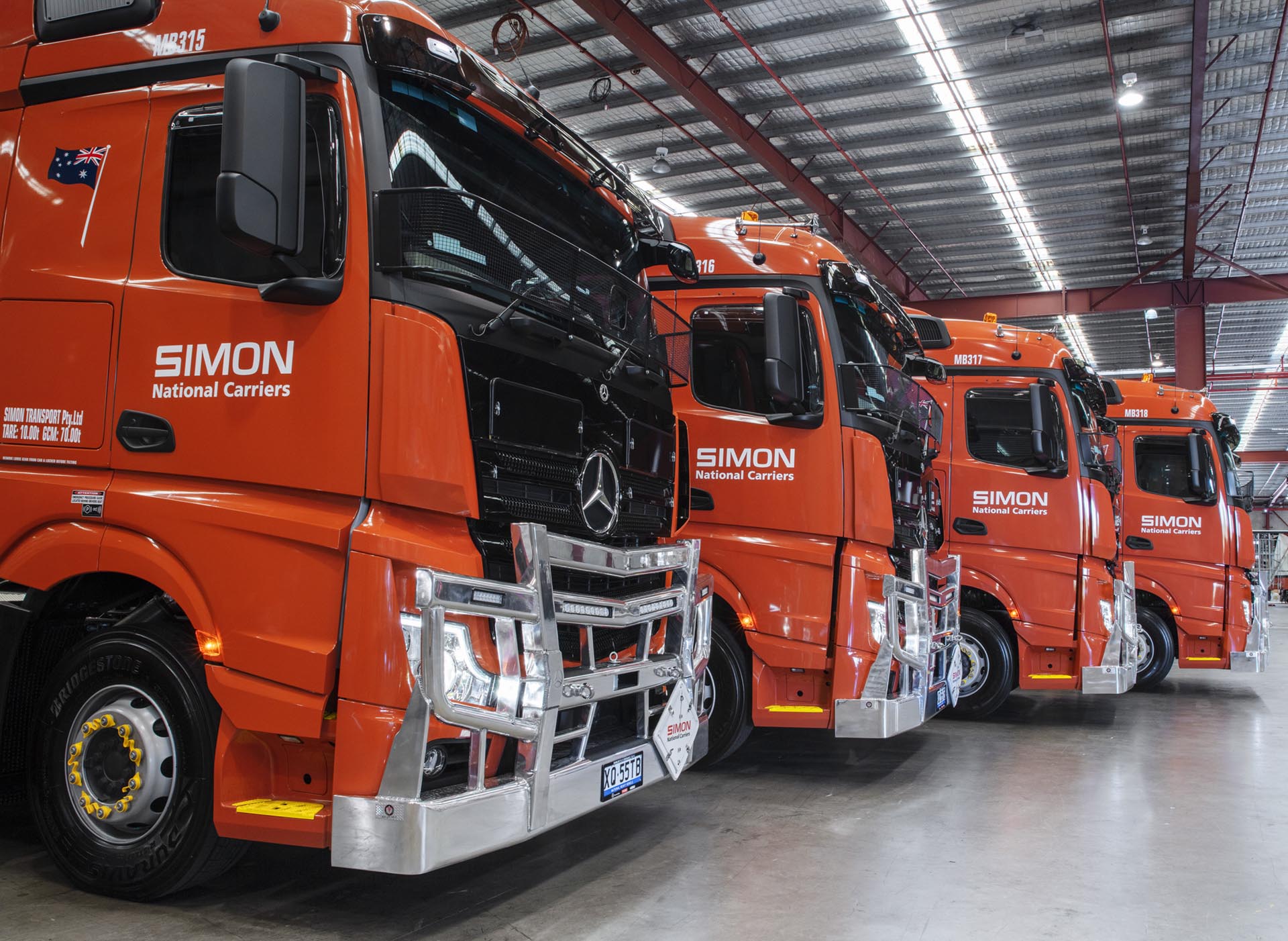 Just like all Simon National Carriers trucks, the 2653 Mercedes-Benz units have been limited to 90km/h to reduce the risk of accidents in addition to providing fuel efficiency gains.

Simon National Carriers has long been at the forefront of safety in the freight industry and was the first major operator to instigate a 90km/h limit on Australia’s East Coast in the 1980s. 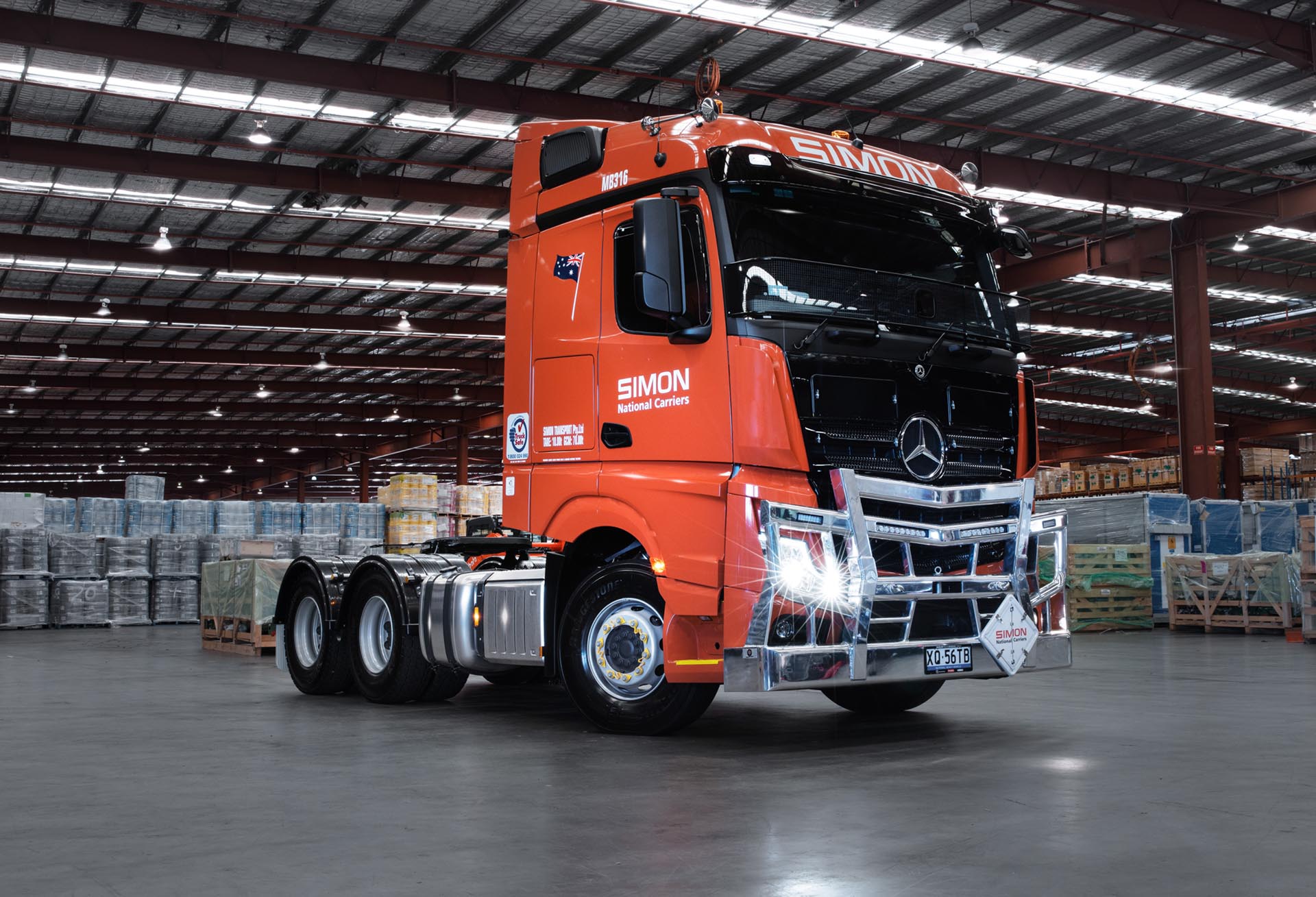 Mercedes-Benz was the first to introduce its Advanced Emergency Braking System (AEBS), which it calls Active Brake Assist, more than 10 years ago in Australia and it has been standard on its trucks ever since.

Now in its fifth iteration, this AEBS system uses both radar and camera technology to automatically bring the truck to a complete stop to avoid a collision or to mitigate an impact with vehicles or moving pedestrians if the driver does not respond. 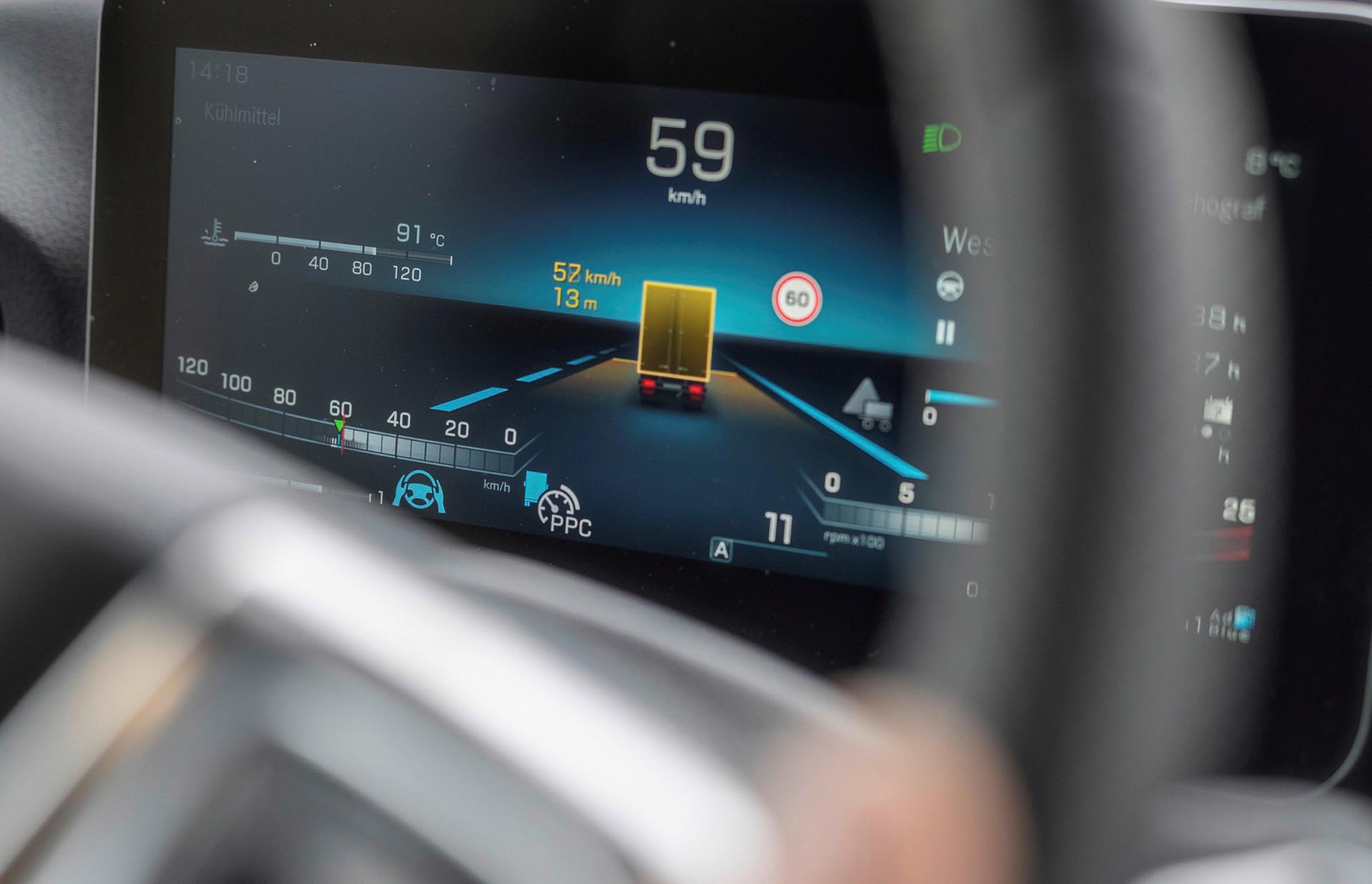 The Actros is also standard with the Lane Departure Warning System, which sounds an audible alert if the vehicle is drifting out of its lane.

National Carriers invests heavily in extensive training for every one of its drivers to ensure they are familiar with its trucks.

Simon National Carriers Executive CEO, David Simon, says safety is paramount in the family-owned operation, which operates across all Australian states and territories as well as New Zealand.

“One of our drivers died after stopping and crossing the road to help a lady change a tyre in the early 1990s and that hardened my resolve for us to do everything we can within our control to avoid losing another person,” he says. 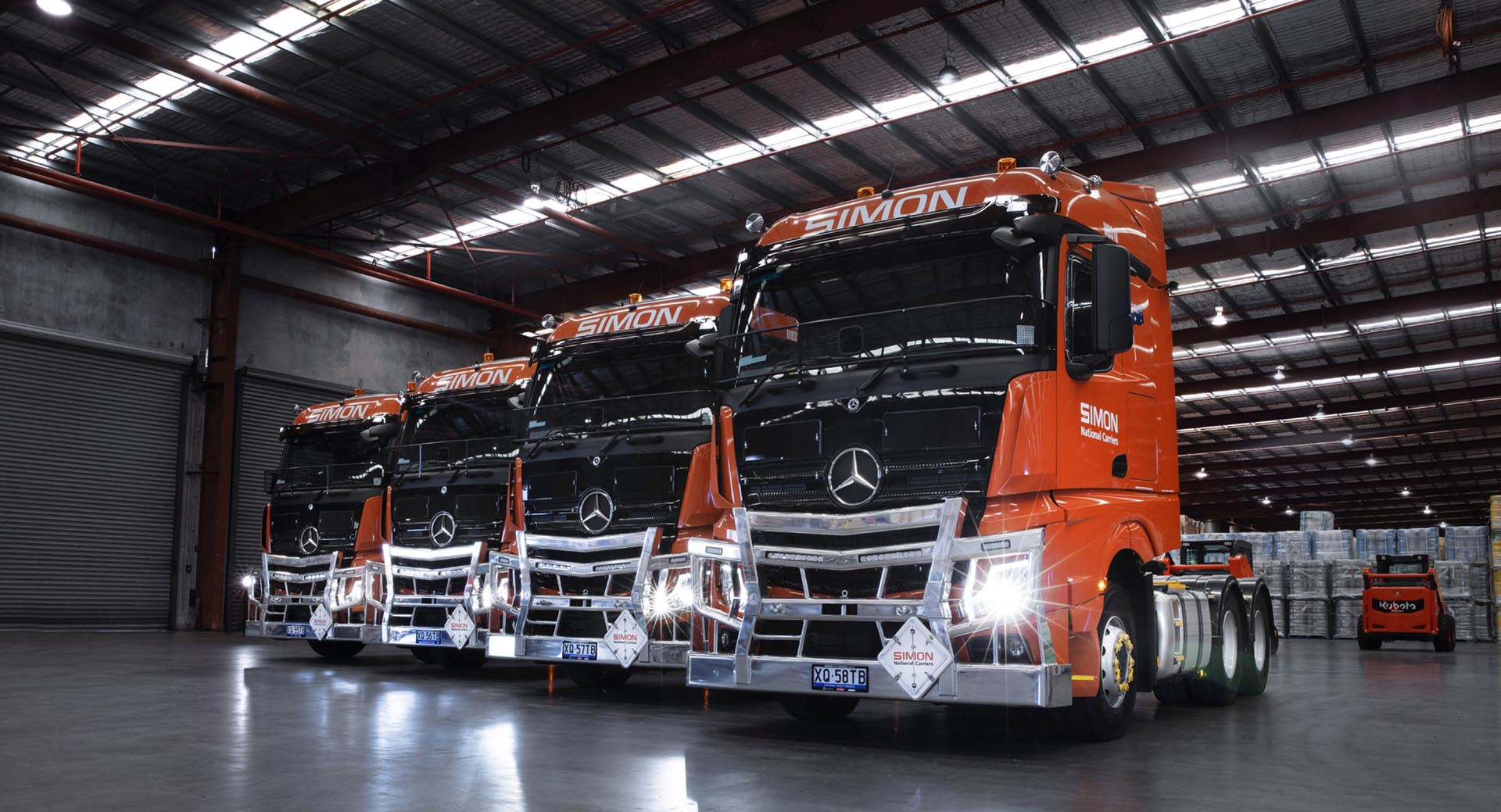 “At Simon National Carriers we will do everything we can to protect our drivers, so it makes sense that we select the safest equipment we can and limit the speed limit to 90km/h,” Mr Simon adds.

The Actros models, delivered by the team at Daimler Trucks Brisbane, also align with the Simon National Carriers focus on emission reduction with advanced six-cylinder engines that meet strict Euro 6 emission standards, well ahead of the currently mandated Euro 5 standards. 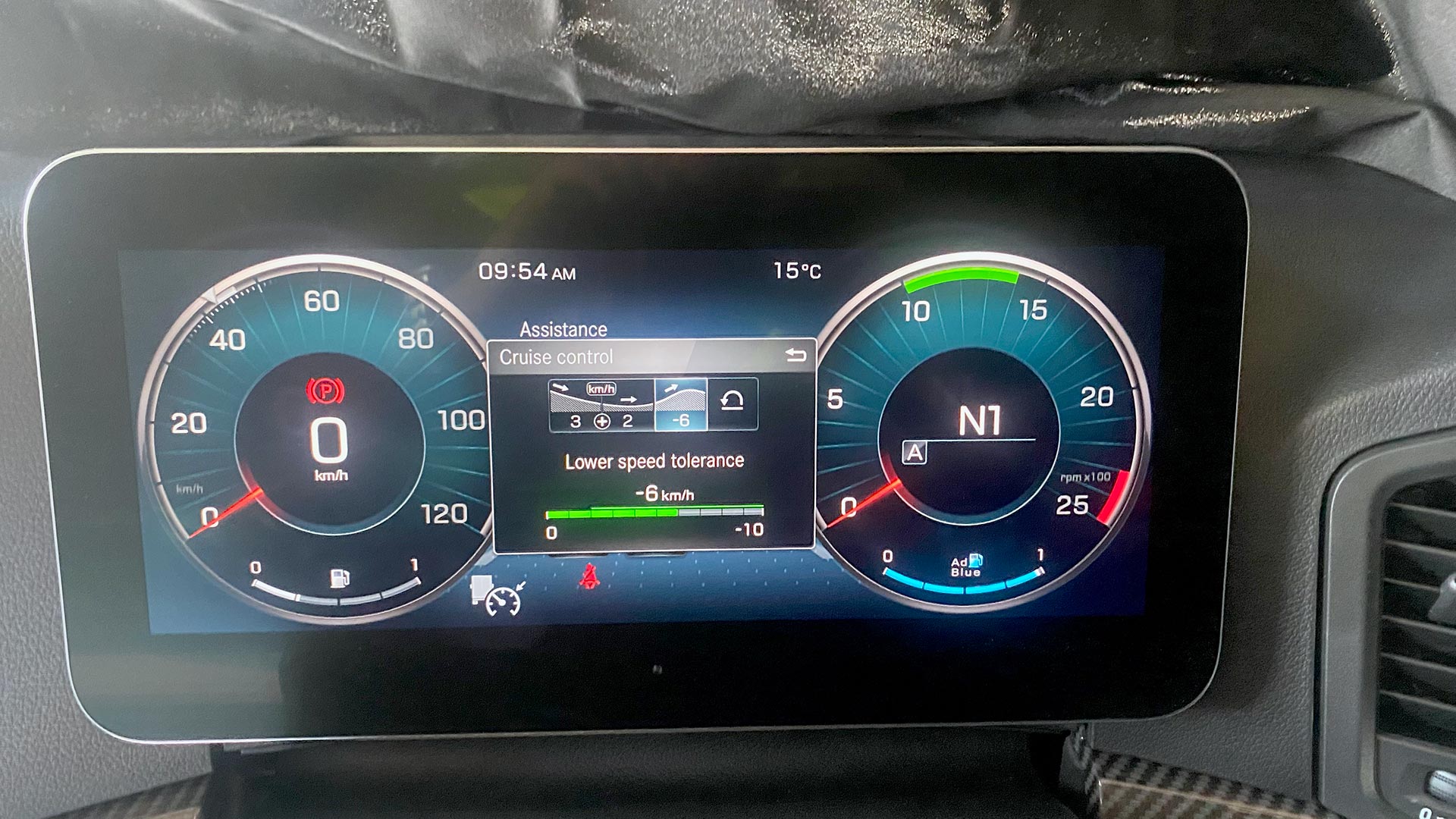 “Simon Nation Carriers has always looked at ways to reduce our fuel consumption and lower emissions. We were one of two early adopters of engines with electronic controls in the late 80s, and as well as testing and operating early Euro 2 and 3 engines, we also purchased the first Euro 4 production truck in Australia,” says Mr Simon. 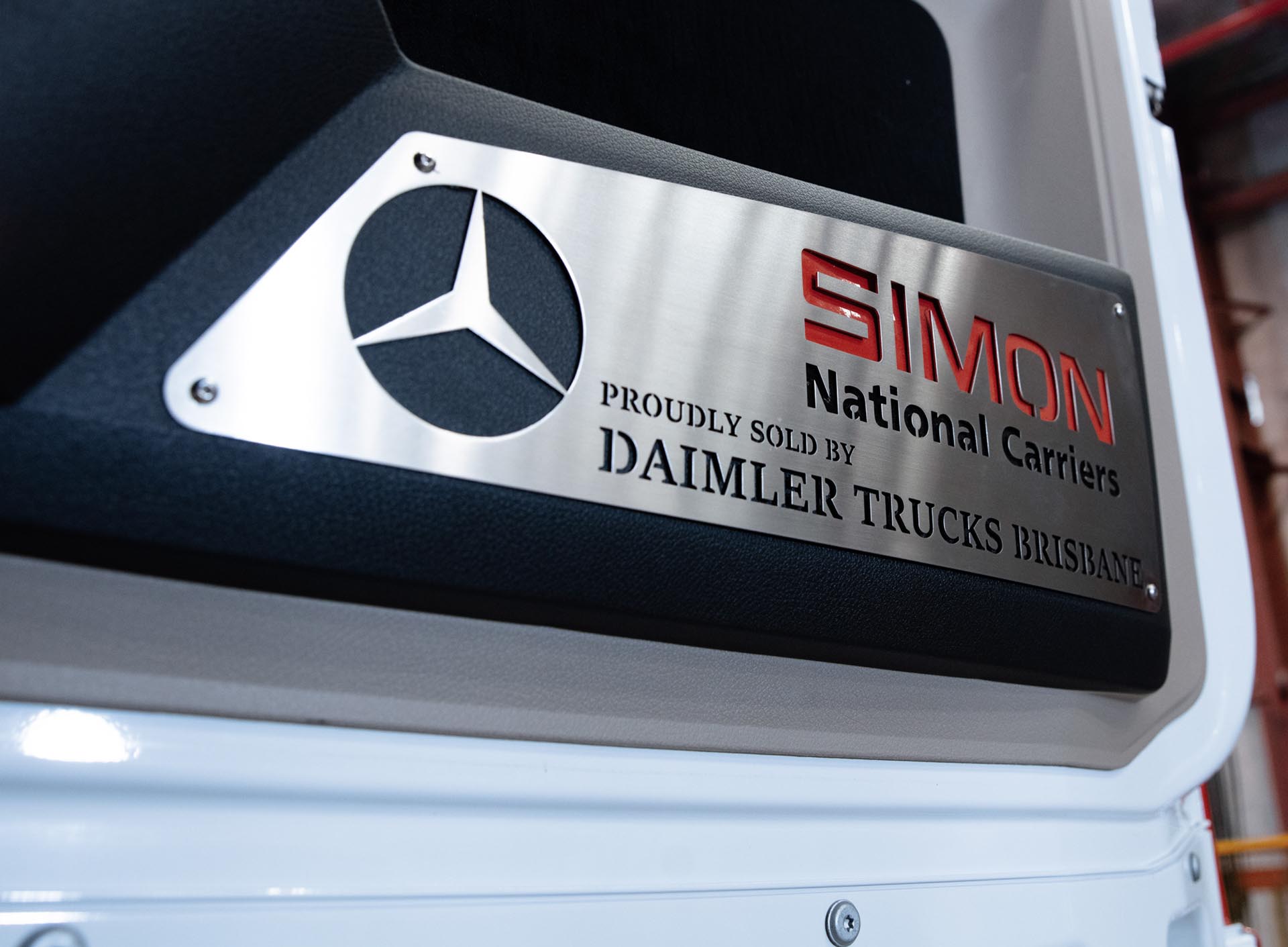 “We know that our 90km/h speed limiting delivers 10 to 12 per cent fuel consumption savings, but an efficient truck like the Actros delivers further gains. The Euro 6 rating is also something that we appreciate,” he says.

Driver comfort was also central to the decision to choose Actros and minimise driver fatigue. All Actros trucks feature a recently upgraded interior that now features the Multimedia Cockpit as standard, which is made up of two new high-resolution tablet-style display screens on the dashboard, replacing the centre screen and speedo and tacho cluster. 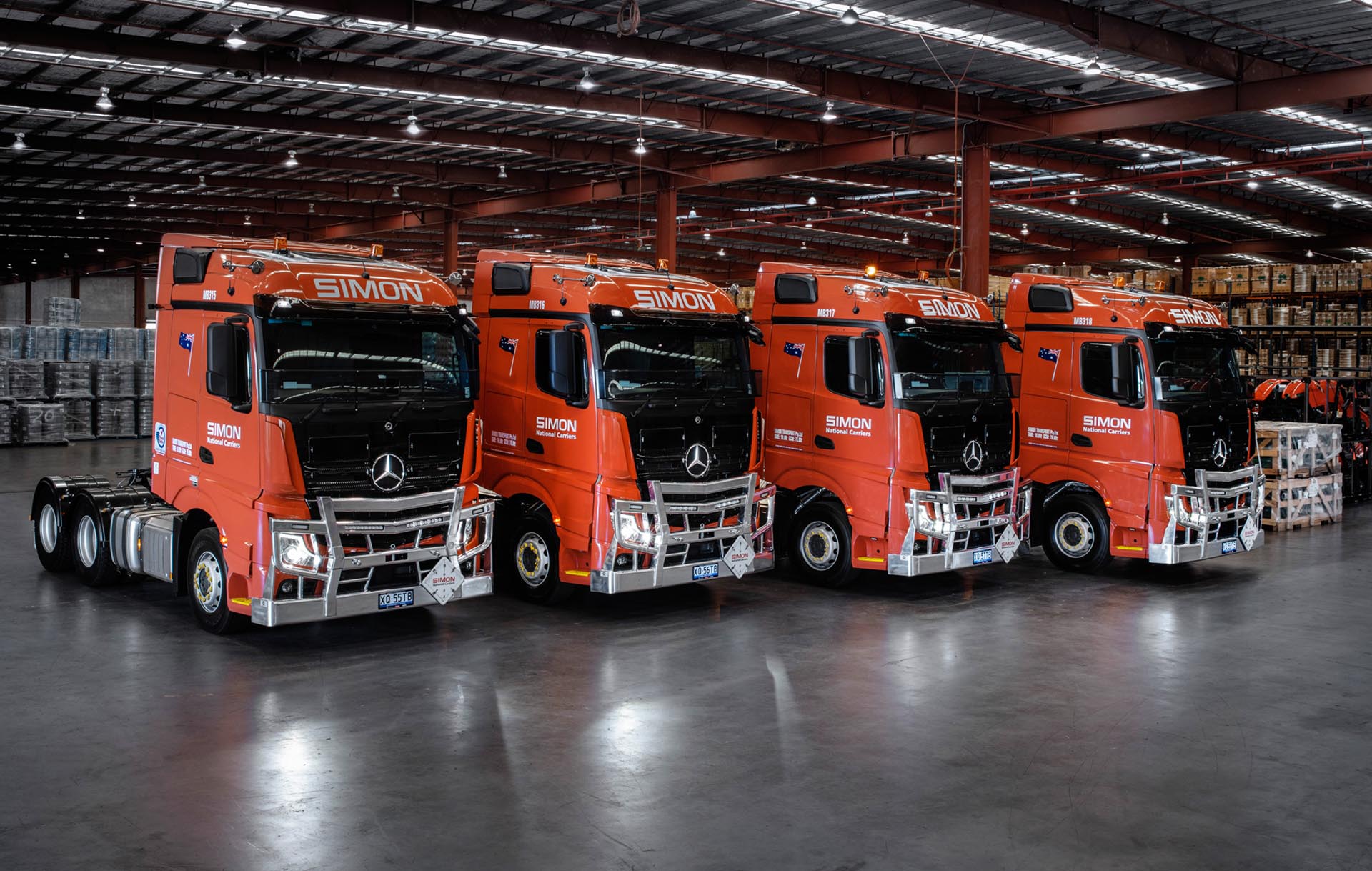