For the past two decades, engine development has increased exponentially driven largely by progressive emission standards, on the other hand, the development of clutches and transmissions is only driven by engineering innovation and competitive advantage. Technical Editor, Howard Shanks takes an in depth look at DAF’s new ZF Traxon transmission. 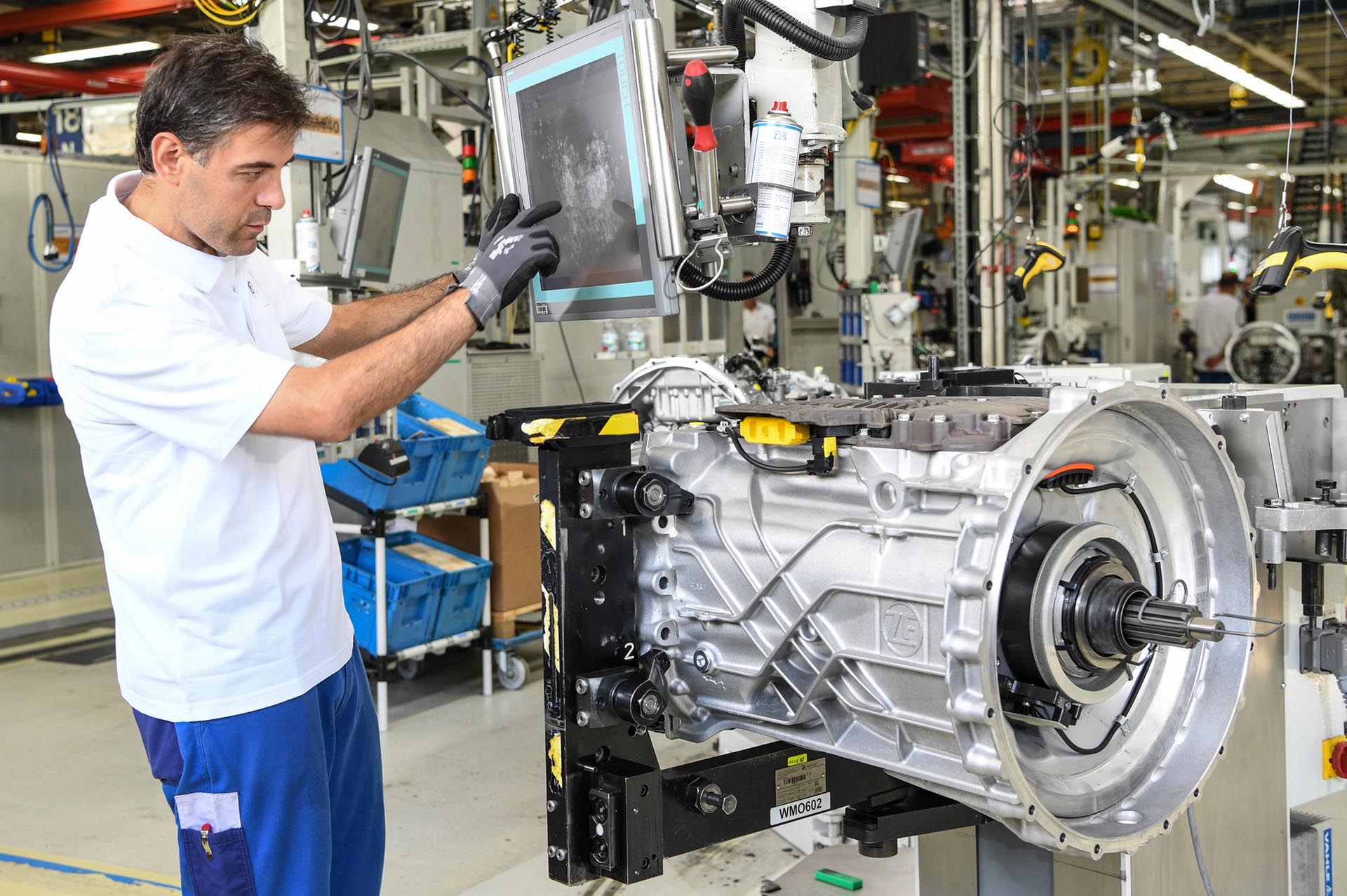 DAF like most European manufacturers now only offer “AT” (automated transmission) as their standard gearbox option. That’s because, whether the application is local distribution or long-distance interstate an “AT” is an essential component in the fuel economy race. Besides that, with tailored software changes, all ATs can adapt their personality to better suit specific applications.

If you take a quick glance at the major European heavy truck makers, you’ll immediately see two different methodologies to transmission supply. On one side of the fence, you have Mercedes-Benz with their PowerShift-3, Scania’s Opticruise and Volvo’s I-Shift who use in-house drivelines. On the other side of the fence, there is DAF, Iveco and MAN who do very well with transmission specialist ZF’s equipment and these manufactures don’t suffer either in the technology race, ZF’s latest Traxon transmission is one of the most advanced on the market. The fact that DAF’s latest Euro-6 models are market leaders in Europe is proof the combination of the PACCAR MX power plant and marriage with the Traxon is delivering the goods.

Regardless of the OEM, where their product functionality acronyms may differ, but the principals of operation are the common, for instance, “CC” (cruise control), “ACC” (adaptive cruise control) and so on. For DAF being able to partner with a transmissions specialist that can customise its product and tailor its software for a specific drivetrain seems to work splendidly. The marriage of DAF’s PACCAR MX engine with the ZF Traxon transmission brings one of the most advanced functionalities we’ve seen in these fully competent transmissions. 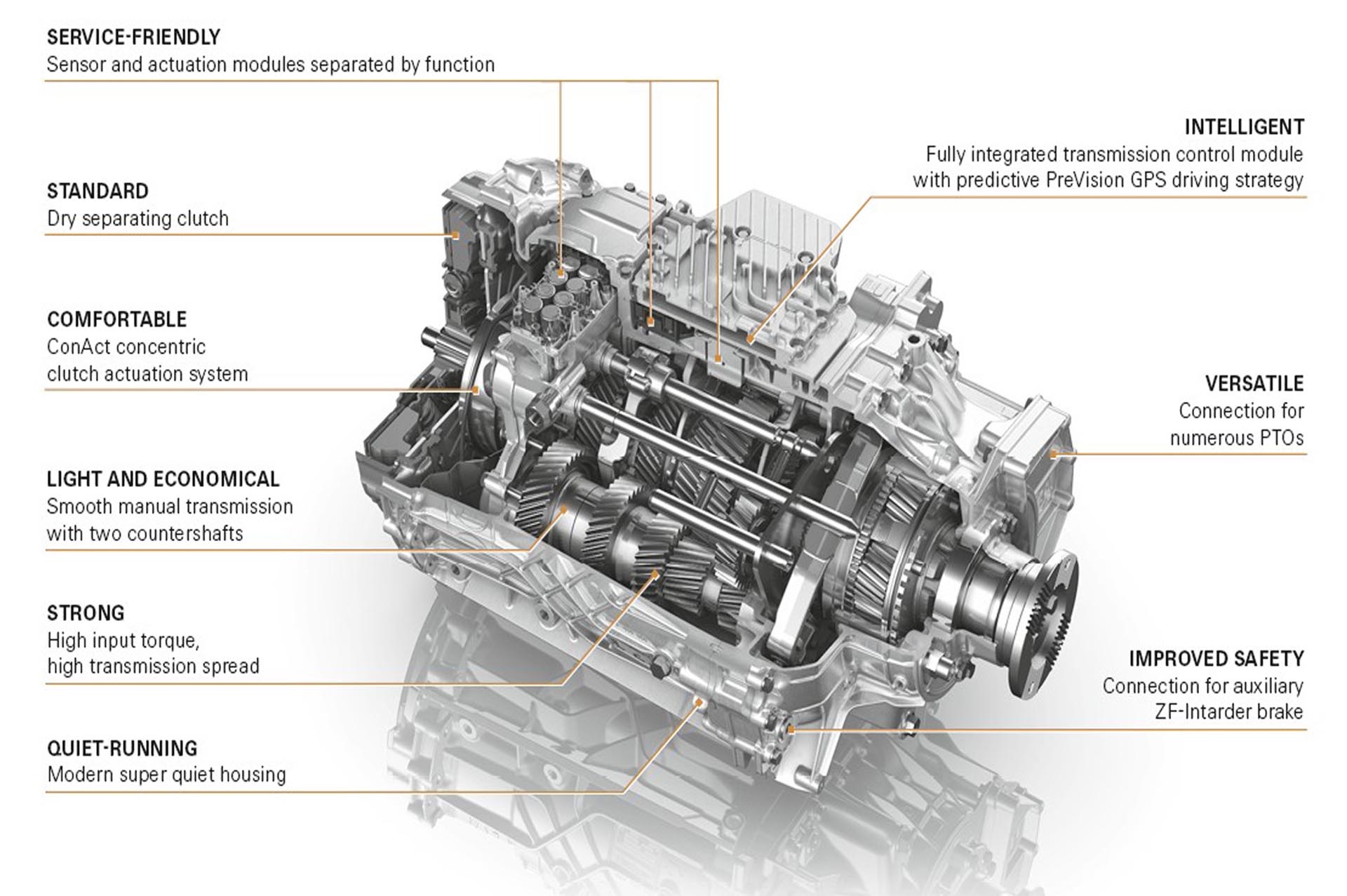 The engine and transmission’s sophisticated smarts deliver what’s now called a ‘cruise function’ which incorporates four systems that work seamlessly together to improve the driveability, economy, performance and safety for the driver. The cruise function is made up of the traditional cruise control (CC) feature, adaptive cruise control (ACC) which autonomously regulates the distance to the vehicle in front, predictive cruise control (PCC) which uses satellite mapping to analysis the terrain several kilometres ahead to assesses and forecast the correct shifting strategy for the load and grade. These systems are combined with the downhill speed control (DSC) which controls the speed of the truck on the downhill descents and the ECO-Roll function which slips the transmission into neutral when on a slight gradient where the momentum will allow the vehicle to save fuel. 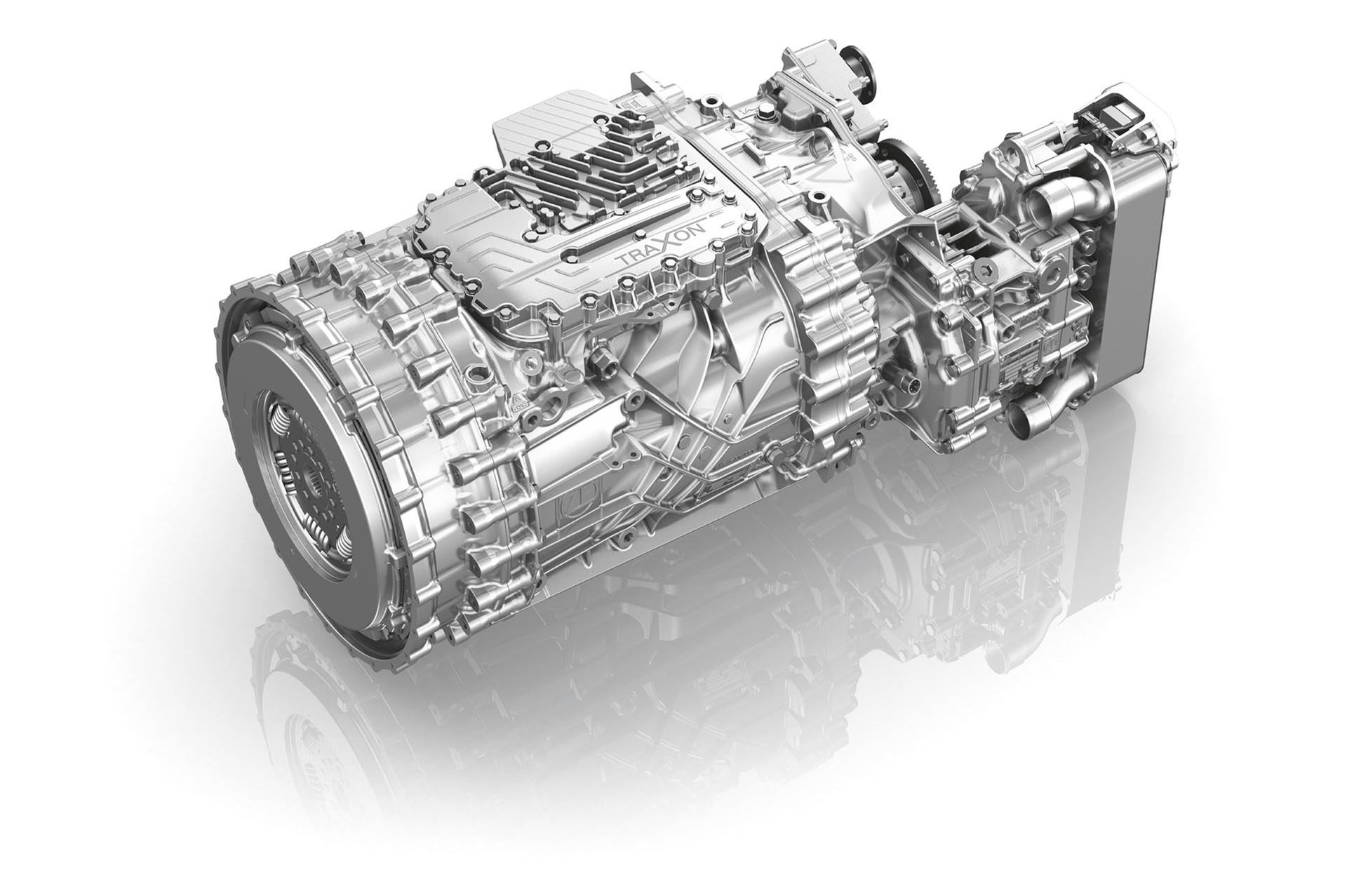 The speed of shifting gears in AT s continues to increase, with DAF’s ZF-based application giving a ‘super-fast-shift’ performance in the top two ratios. The engine smarts and transmission also allow an extra 100 – 150Nm of torque to be deployed in what’s called a multi-torque feature, making the need to shift down to lower gears even less frequent.

The ConAct clutch actuation mounted on the input shaft shifts gears with exceptional speed, precision and smoothness. The innovative system contains a release cylinder, which is positioned concentrically around the transmission input shaft and replaces the traditional fork actuation with the clutch booster, fork and clutch release bearing. The other advantages of the release system lie in the actuation of clutches for up to 3,200 Nm engine torque and in reducing the interfaces outside the transmission. The pneumatic clutch actuator simplifies the assembly of the clutch thanks to its streamlined design. In addition, maintenance costs are reduced due to the elimination of hydraulics and lower system weight. 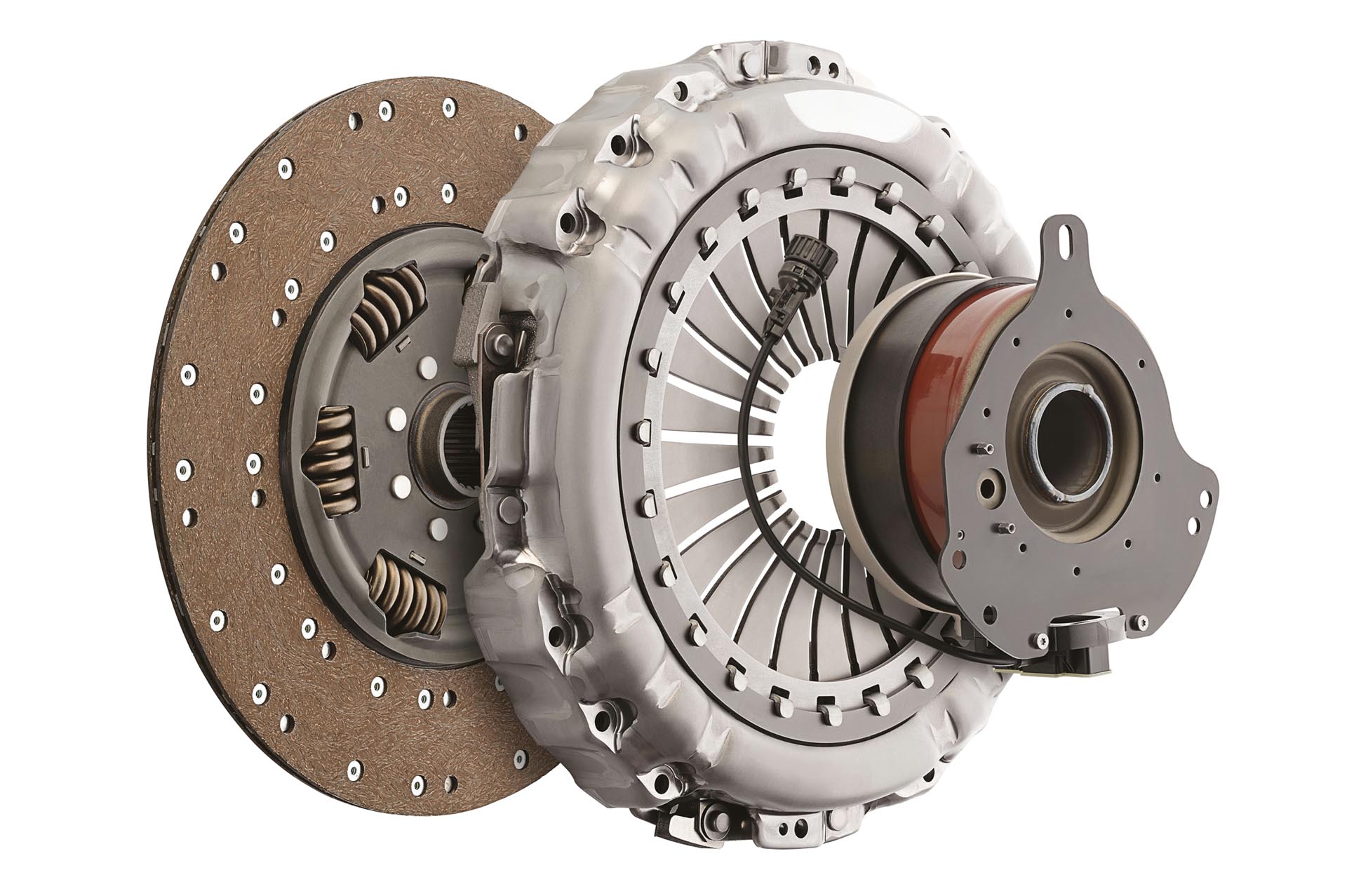 The Traxon transmission with the ConAct system automatically determines the PACCAR MX engine and transmission speed, including the accelerator pedal position from data on the CAN bus. The ECUs then makes gear shift decisions from conclusions of the CAN data regarding the optimal release position. Furthermore, it works exceptionally well in challenging driving conditions such as launching, manoeuvring and shifting on hills with heavy loads.

Dependent on the intended application and DAF model, the Traxon can be optioned in 12-speed or 16-speed overdrive which provides considerable reductions in engine speed while cruising in top gear.

The DAF/Traxon software package brings truck operators systems that are more commonplace on prestige and luxury cars. Systems such as ECO-Roll or high-performance power shift program that change the driving strategy and shift dynamics to suit the operating environment. These systems can be activated by the driver with manual over-ride or automatically through enabled software functionality. Conversely, stop-start systems adopted by the car and light commercial vehicle industry can be optioned on the Traxon transmission which shuts down the engine during extended traffic delays and then provides a quick-start solution when the traffic ahead starts to move to save fuel. 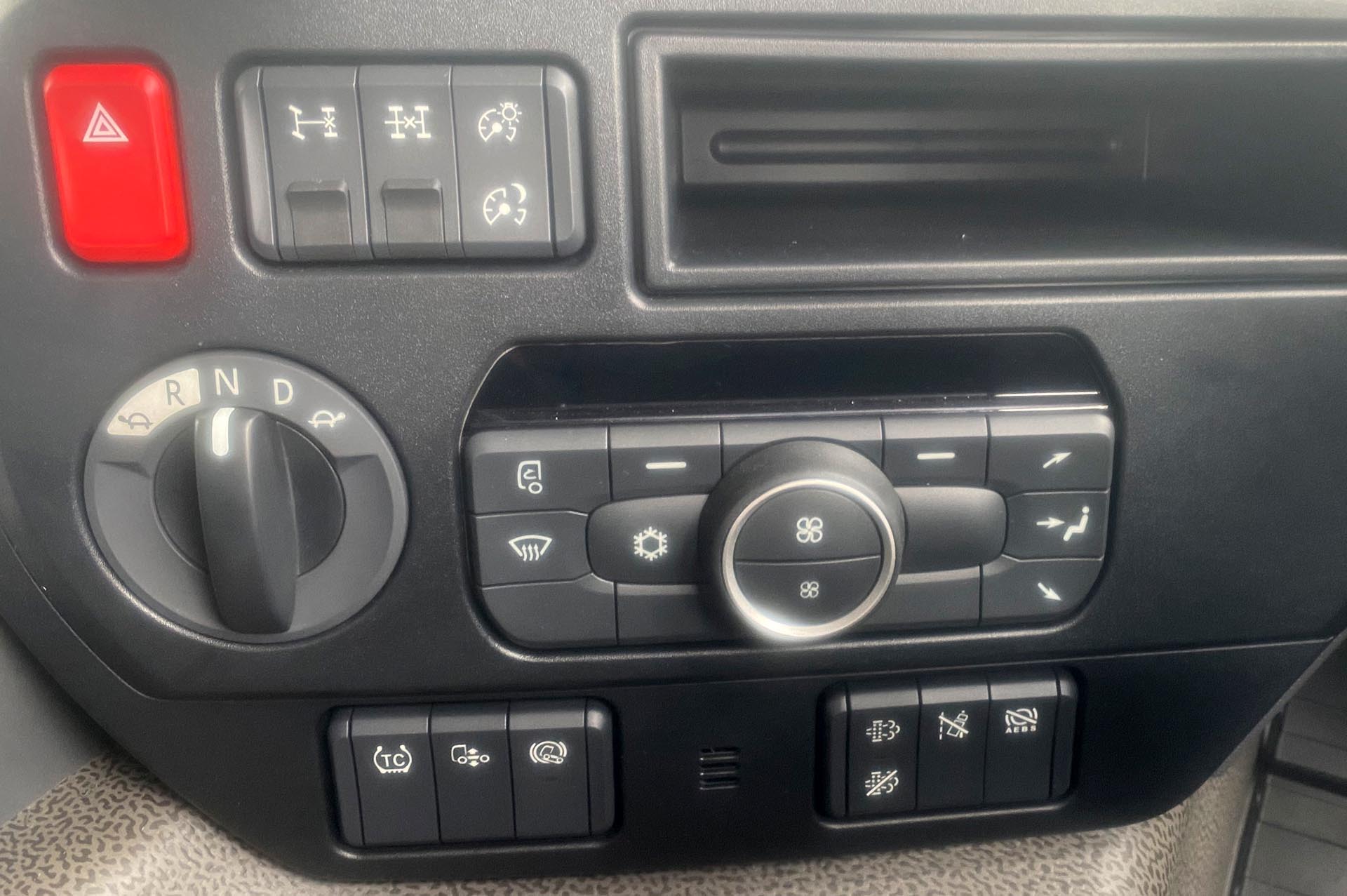 In applications where difficult terrain is often challenging for the driver and vehicle, the rock-free function provides an extended clutch control that is able to free the vehicle from in-ground depressions and other obstacles by invoking a rocking movement.

For the traditional linehaul sector, the DAF/Traxon features an advanced anticipatory shifting strategy through the incorporation of predictive cruise control (PCC), which provides a link to the engine and transmission with GPS data and digital mapping. This function eliminates unnecessary gearshifts because the truck can forecast changes in the terrain ahead along with bends and twists in the road, and can ascertain whether to avoid unwarranted down and up shifts by utilising the engine’s multi-torque feature. 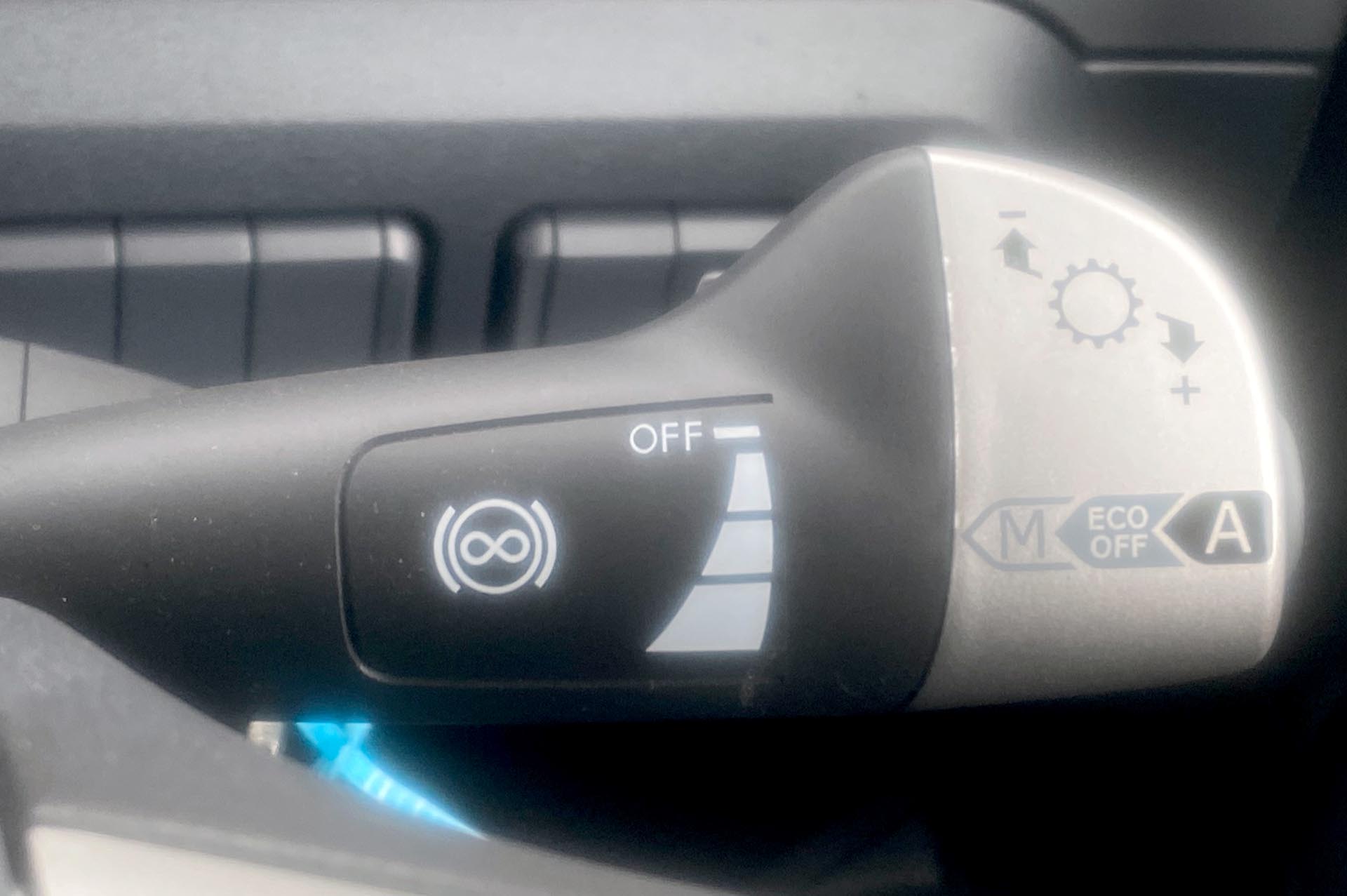 The skill that was once deployed by professional truck drivers in executing smooth gear shifts has now moved to a different one; that of understanding how all these systems in the engine and transmission devices work, and how to get the best out of them. An automated transmission is superficially very easy to operate; however, the driver now needs to be making educated decisions about which system to employ for best fuel efficiency and which to perform for power. For example an AT can implement the ECO-Roll function when approaching situations where the vehicle needs to slow down such as roundabouts and stop signs, without traditional engine braking. It’s these sorts of subtle changes to driving style are essential when there is no other big win than fuel economy left.

Engine and transmission performance and economy refinements now come from electronics concealed in a black box. How long will it be before we see and autonomous DAFs is a tough call, but they wouldn’t even be an option if we weren’t already enjoying their benefits of the smarts in these modern powertrains, maybe at the next DAF launch we’ll test drive the new models from a control room? 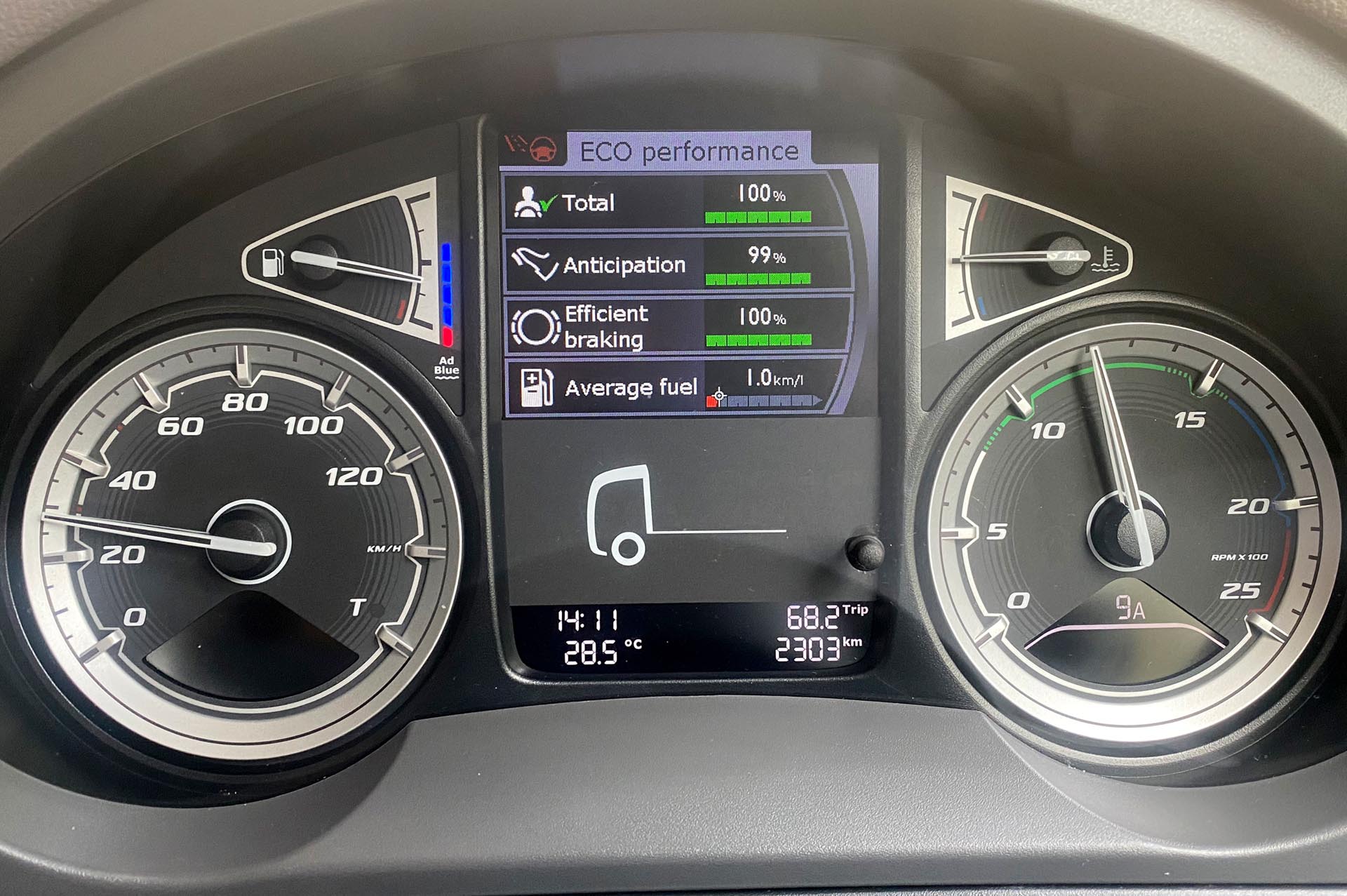