The Ford Louisville LTL 9000 was more than an affordable stylish truck when it was released over three decades ago. It boasted all the options of the traditional prestige offerings from Kenworth and Mack and went on create a legendary name for itself. Today the Ford LTL 9000 model still has many loyal fans, this is the story of one such fan, and the restoration of a Louisville Legend. 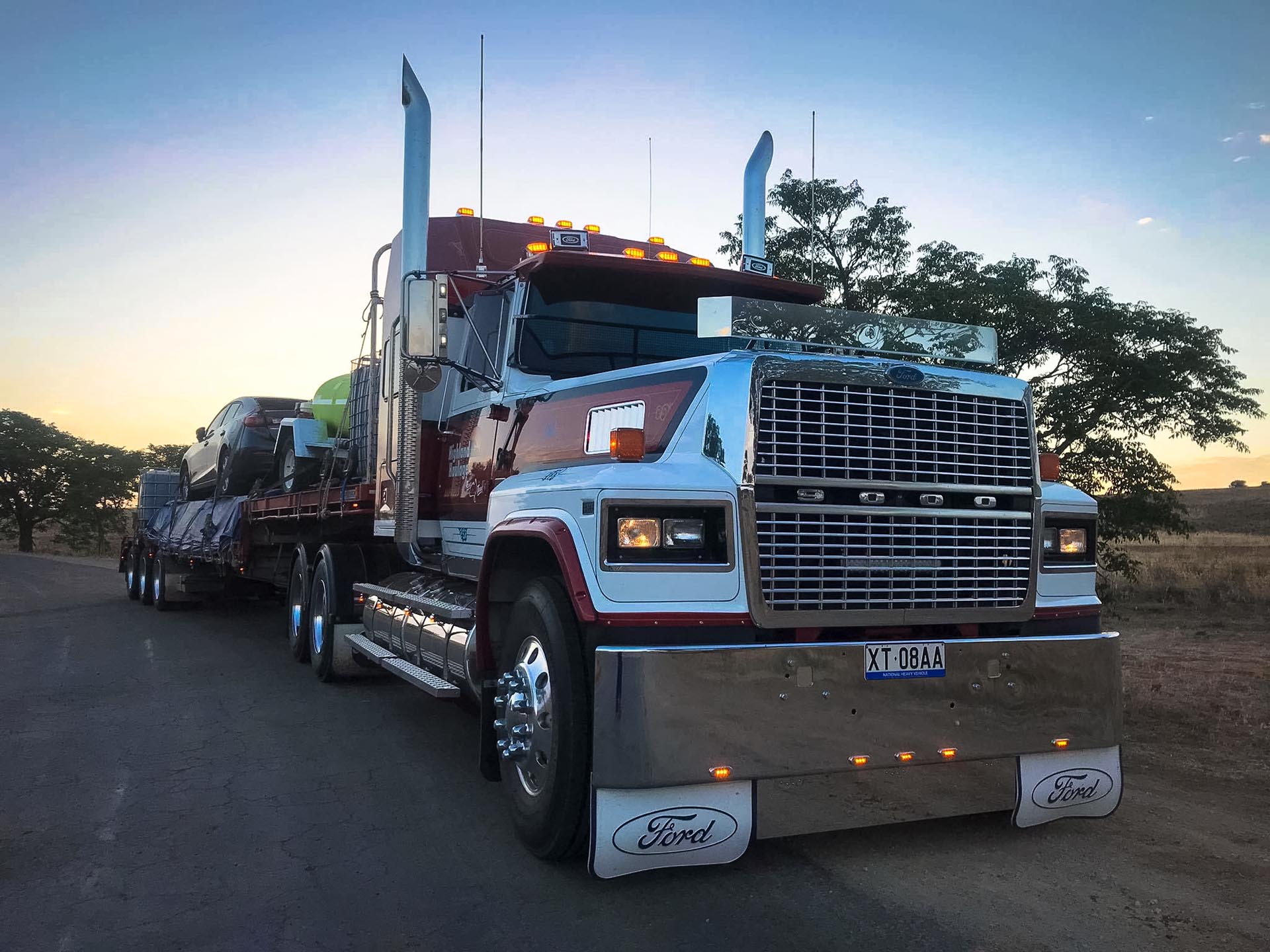 Highland Haulage’s recently restored 1989 Ford LTL 9000 sat gleaming in their Deloraine yard. Owner, Mick Linger, was leaning on a rear guard flicking through photos on his phone. “Here it is!” He said, stopping at the photo he was searching for. It was a photo of an old LTL with a neatly tarped load parked on the side of the road. “This photo was taken thirty years ago on the way to Perth in my first LTL,” Mick recalled.

“That’s the same spot I took this photo last week when I drove this one across to Perth,” he added as he scrolled to another image. But more on that inaugural journey later on …

Highland Haulage is arguably one of Tasmania’s leading general freight and logging transport companies, with a local depot located in the centre island state at Deloraine and mainland depots in Melbourne and satellite depots in other mainland capital cities. Mick and his wife Chris head up the operation which runs a modern fleet of some to the best looking and kept rigs road. 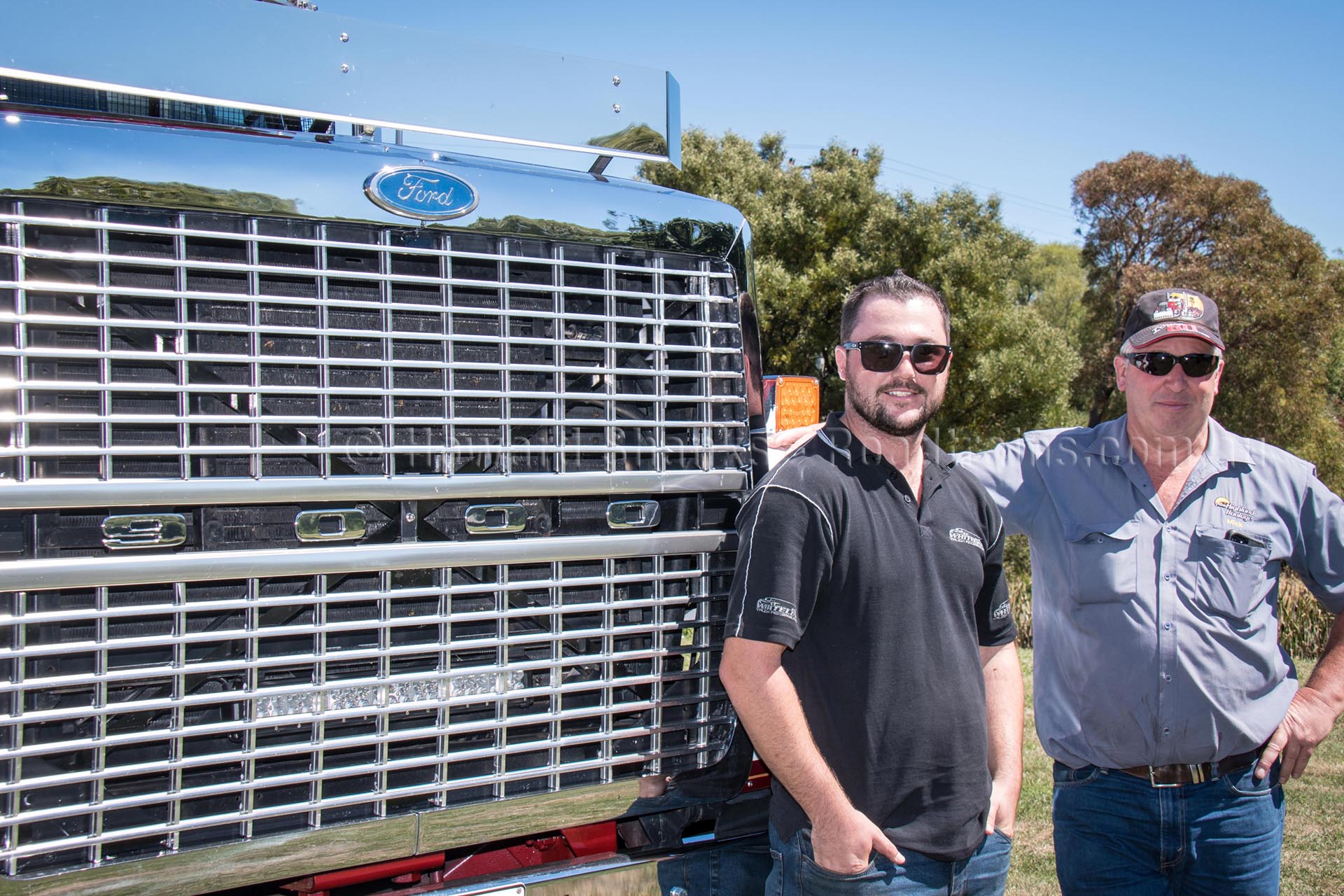 Mick’s son Markus operates one of their Heritage Western Star’s in their logging operating and share’s his father’s passion for the industry and nice looking gear.

Nevertheless, Mick is from the ‘old school’ and needless to say has a passion for ‘old school’ trucks. Mick has some clear ideas about encouraging young drivers into the industry and training them thoroughly in all aspects of the operation. “These older trucks don’t have the roar power of modern trucks, so they are more suited to a young driver because they have to learn to change gears and read the road. They also learn how to look after the vehicle. We see them learn respect for the machine they operate and importantly they gain the respect from their peers too,” Mick said.

The introduction of the Ford LTL 9000 in the mid-seventies provided owner operators with a long bonnet prestige truck to compete with Kenworth’s legendary W-model and Mack’s Superliner. The LTL 9000 offered a wide selection of engine, transmission and rear axle options at an attractive price, that was more affordable for owner drivers than the offerings from Kenworth and Mack at time. The longer bonnet and set forward front axle allowed room for larger engines and was a mechanics dream as there was easy access for routine servicing under the bonnet. 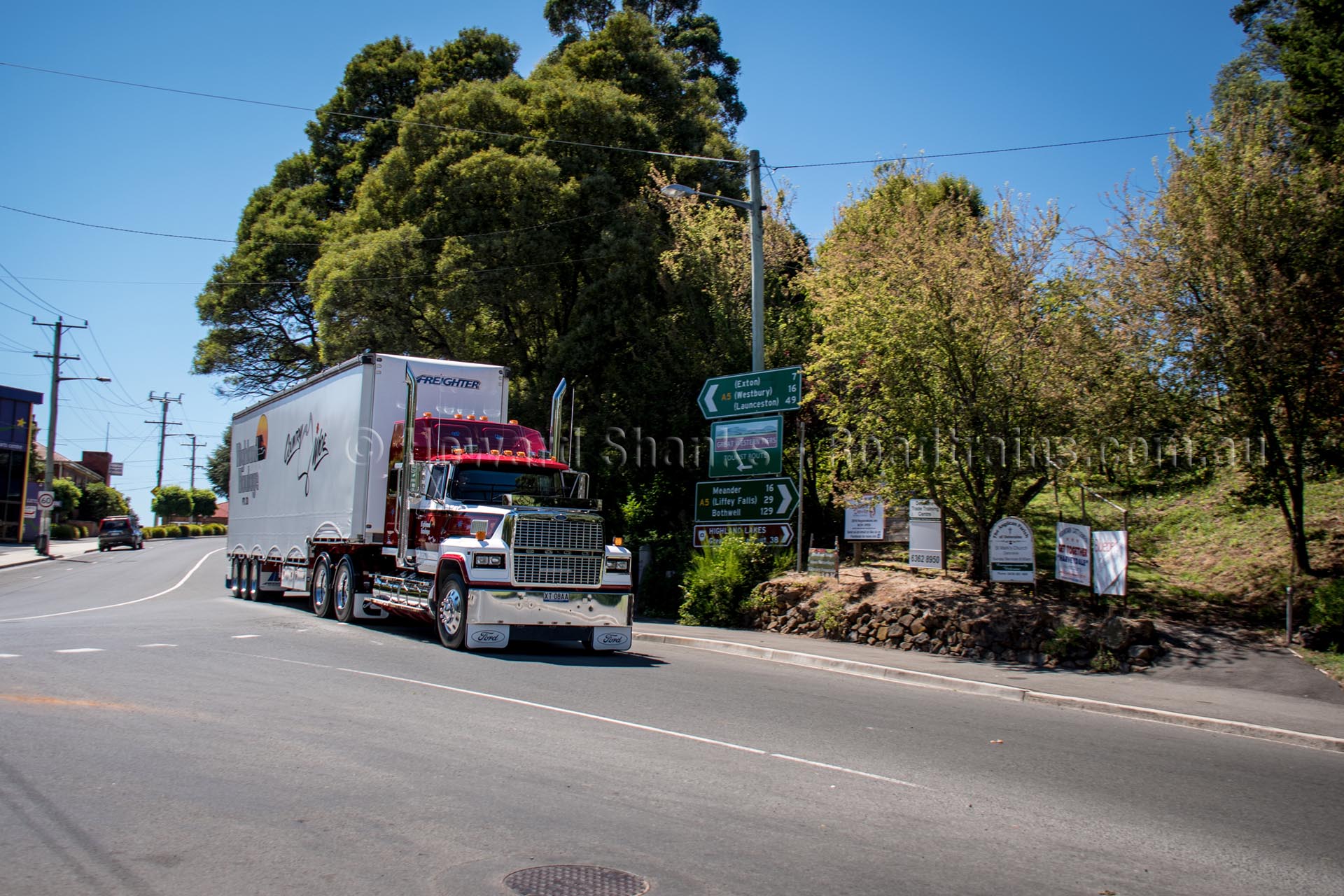 Mick purchased the LTL just over four years ago to shuttle trailers from the ferry terminal at Port Melbourne to and from the depot. After 18 months in Mick’s fleet the tired old engine was on its last legs.

“I made the decision to pull it down and do a full rebuild on the engine,” Mick informed. It still had its original 365HP settings, this was the perfect opportunity to give it a little more punch, subsequently I had it rebuilt to a 400 Big Cam III spec, which not only gave it more power but improved the reliability of the engine.”

The “Big Cam”, referred to the large diameter camshaft and top-stop injectors. They are a mechanical engine with no ECU to control the horsepower of the engine, that was done via the PT fuel pump and turbo boost. Cummins Big Cam III engines were introduced in 1983 and boasted a new more durable pressed steel oil pan, along with new oil cooler and water pump. The top-stop injectors were modified to direct fuel feed (DFF) which had extra fuel flow for cooling and saw the introduction of the Holset HT3B turbo charger.

According to the text book, an NTC Big Cam III engine develops approximately 17HP per pound of boost. Consequently, when the LTL is climbing one of the many steep mountains in Tasmania and the boost gauge was to show 30 PSI of turbo boost, mathematically it would be developing 510HP, but a Big Cam needs more than turbo boost alone to make horsepower. 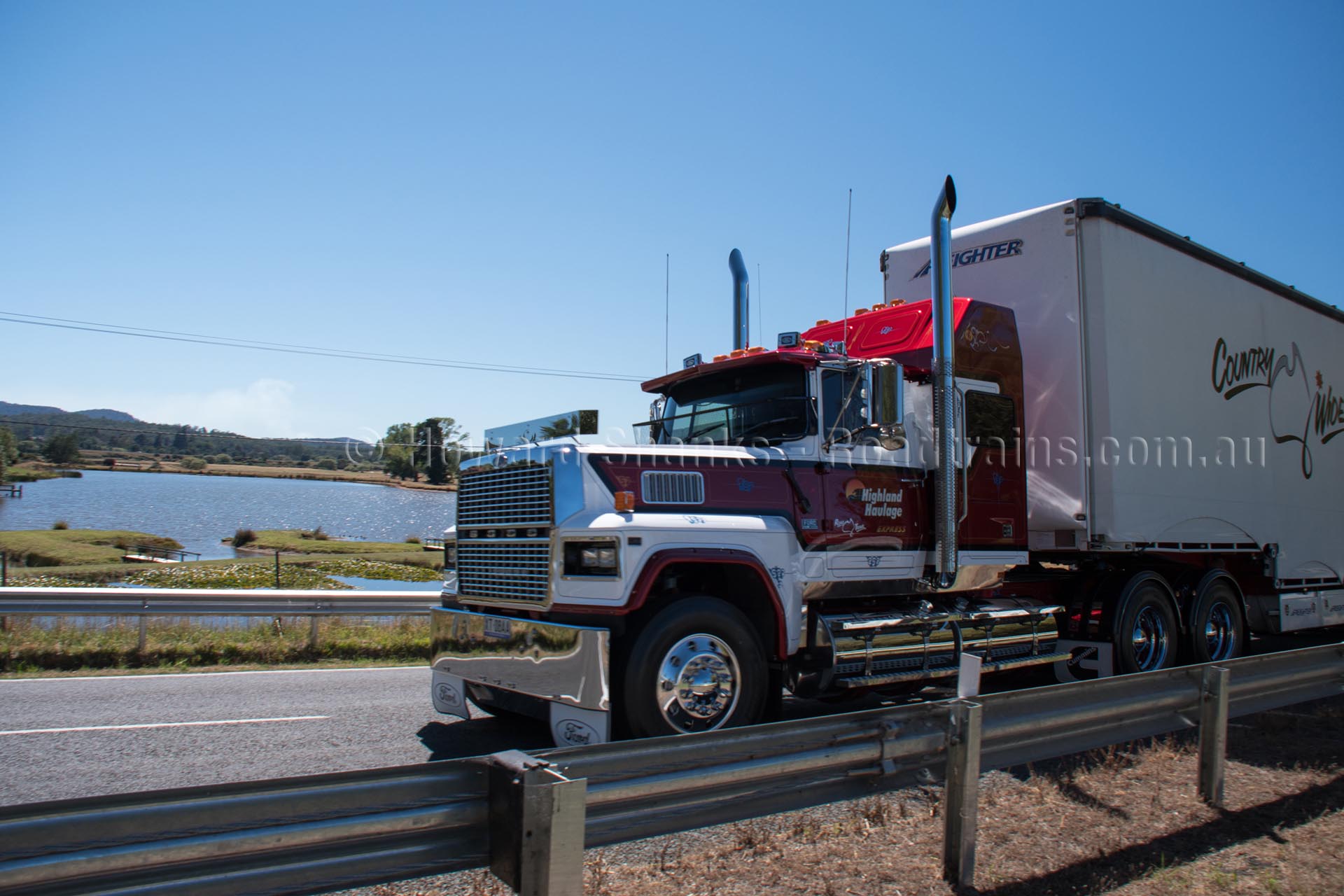 Further on in the old text book, it reads that the fuel pressure in a Cummins engine is approximately 2HP per pound of fuel. A stock 350HP engine has 157lbs, and a 400HP engine 176lbs. Meantime a later model triple four Cummins has 196 lbs on an engine with the same block and displacement. Consider then that, if the fuel pressure in a 400HP is increased by 20 per cent (to approximately the same setting as a later model Cummins-444 at 475HP) then that Big Cam III 400 engine would be producing roughly the same power as the late model 475HP, all the while delivering better performance and economy.

Transmission wise the LTL still retains the same 13-speed Roadranger overdrive, which has had a couple of rebuilds during its life.

Mick and his team did some serious work down the rear end. The old Hendrickson HFS400 4-Spring suspension was removed and replaced with a modern road friendly Hendrickson HAS461 air-back suspension. This enables the LTL to carry additional payload under their mass management program. The rear axles were updated to Meritor RT46-160 with final drive ratio of 4.11:1.

“The bolt holes for the new HAS 461 air-bag suspension on the chassis matched most of the old bolt holes,” Mick explained. “Some days you have be lucky,” he added. 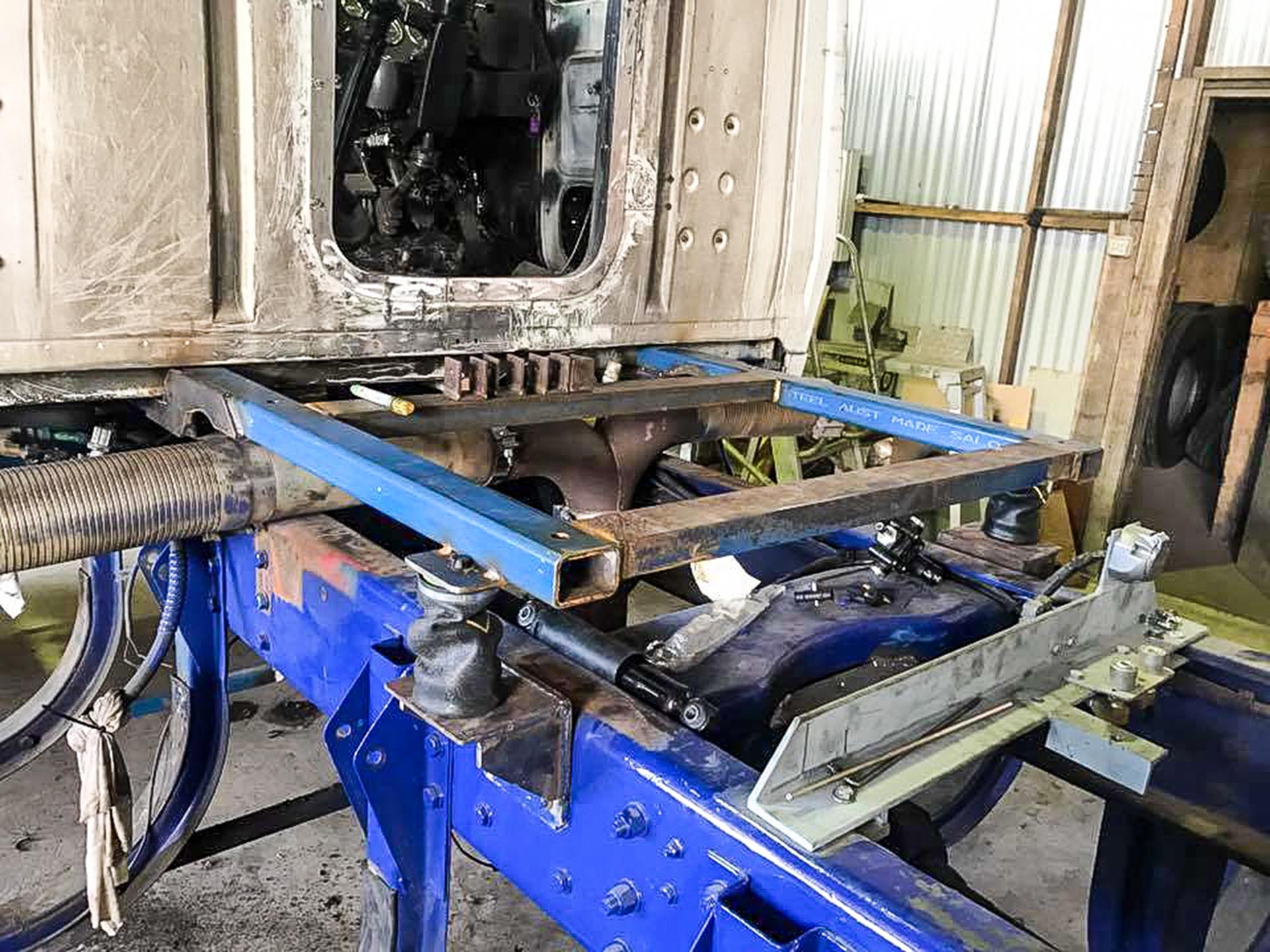 During the restoration Mick and his team removed the bunk and set to work designing and fabricating an air-ride sub-frame to mount both the cabin and bunk. It took some engineering to get the fame to clear exhaust and other plumbing items.

“There is no doubt the effort to build the sub-frame was more than a worthwhile exercise,” Mick informed. “It has one of the smoothest rides in any of our trucks. There is no vibration and the bunk barely moves in relation to the cabin. If you’ve had anything to do with these older trucks you’ll know that was issue that causes water leaks in the bunk and cabin.” 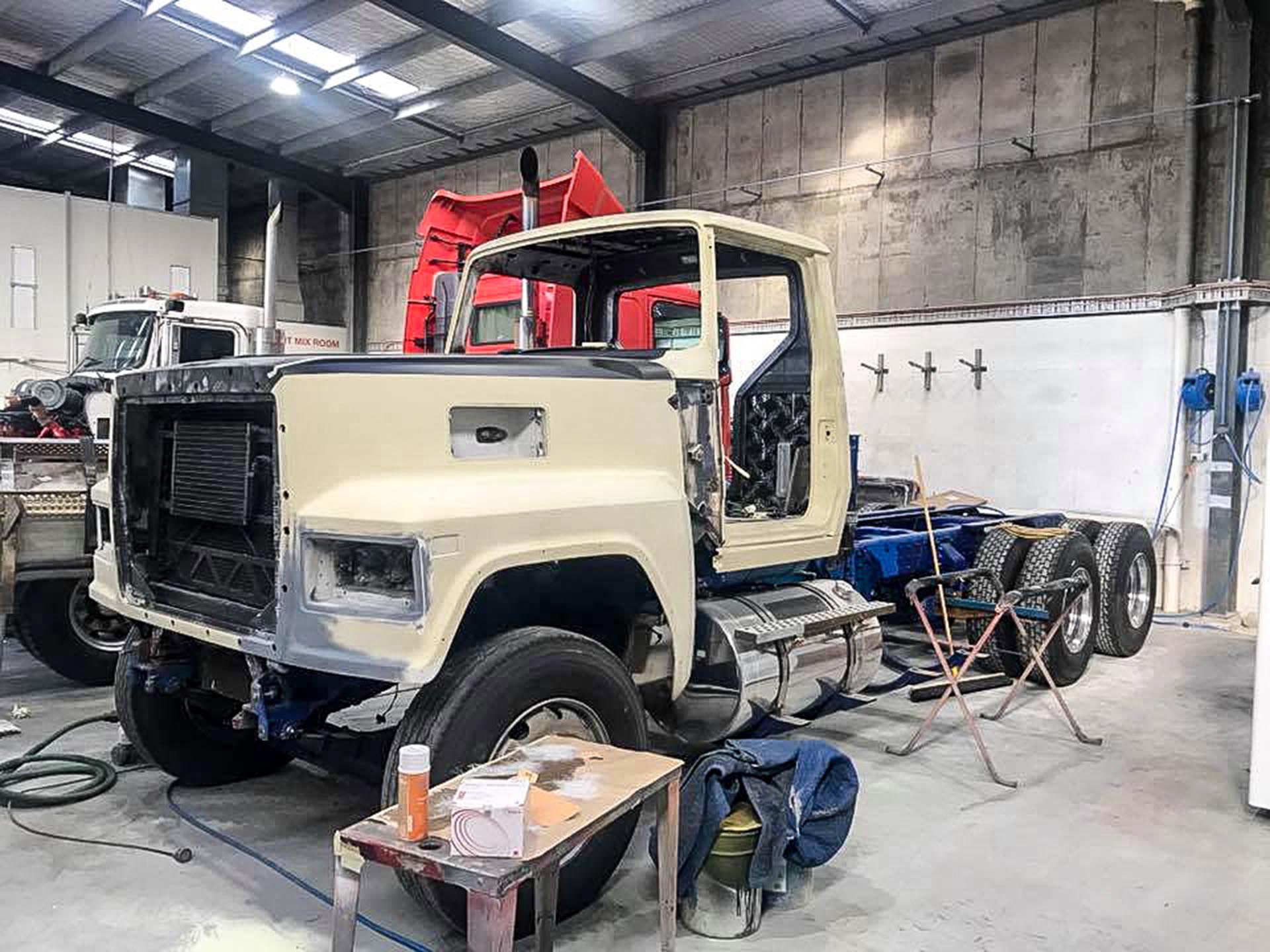 While the cabin was in pieces, Mick installed Dynamat Xtreme sound deadening liner throughout the cabin and bunk to reduce noise and heat levels inside the cabin. Once the paint job had been finished the assembly of the cabin commenced in earnest.

“To ensure the reliability of the LTL, I had all the electrical and air hoses replaced all along the chassis too,” Mick recalled. “There were some extensive fibreglass repairs required around the bonnet to get it back up to new showroom condition.

Over the years Mick has been a big fan of Centramate wheel balance weights, needless to say he quickly had a set fitted to the steer axle of the LTL. “They really improve the handling and absorb any vibration from the front of the truck,” Mick informed.

“I never set out to restore it as a show pony,” Mick said. “It was always going back to work. We have a lot of jobs that require delicate care, ones that require a lot of time loading, with extra time and attention when it comes to securing the load. Its these sorts of jobs that suit an older truck like the LTL,” Mick continued. “It’s a great mobile billboard for our company too. You’ll find a lot of people admire and respect nice pieces of equipment and we’ve found this LTL is a real head turner too.” 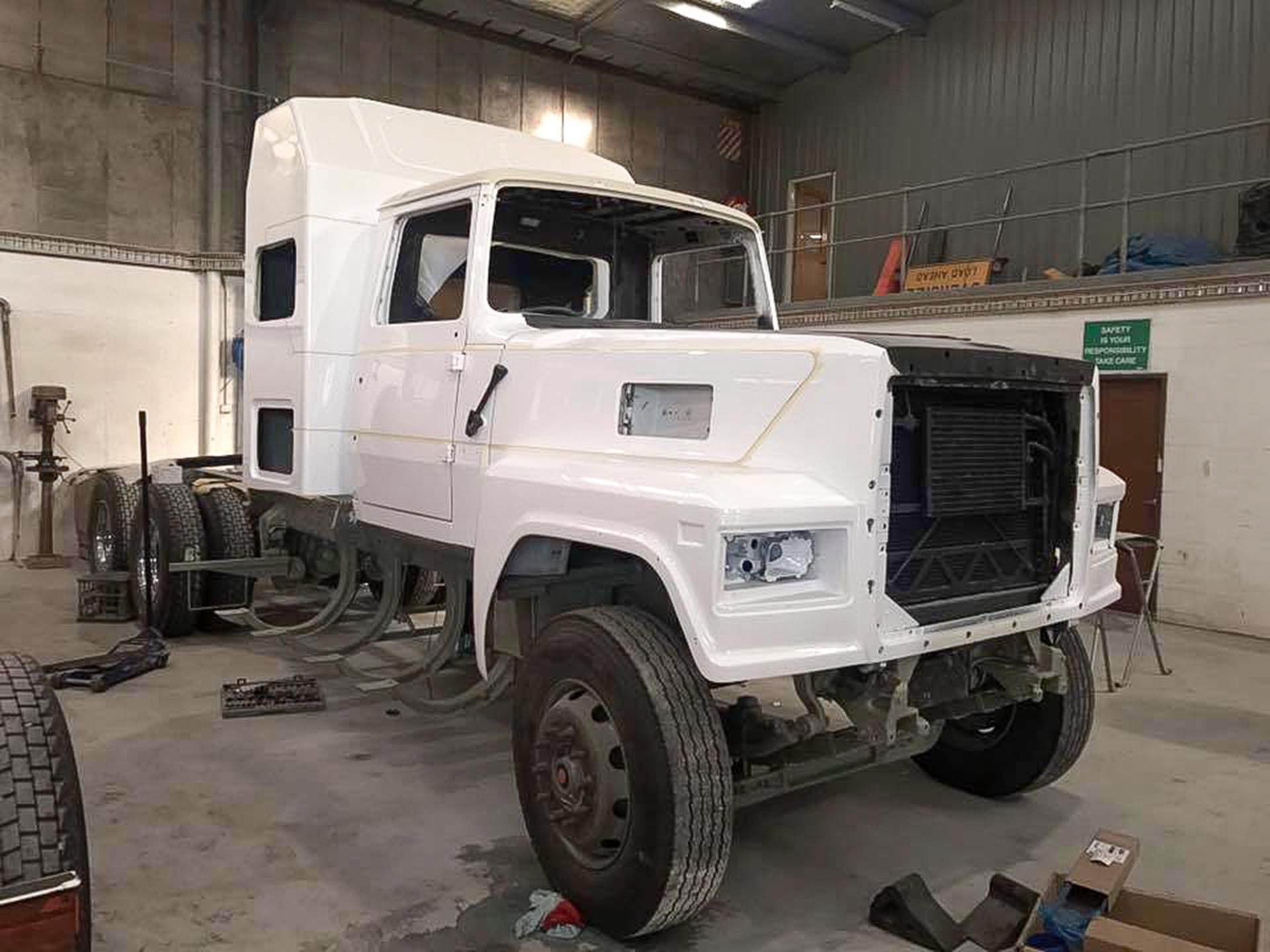 When asked how it worked out cost wise to restore versus purchase new, Mick had a clear answer. “From a business point, you have to move with the times and keep abreast with technology. All companies need to run the most fuel-efficient trucks with dependable reliability and we’ve just taken delivery of a new Kenworth T610SAR and most our logging fleet are less than two years old.”

However, there is still a place for the older trucks in our fleet, he added. “One thing about restoring these older trucks is it keeps our staff and community motivated because there is real buzz of excitement in the workshop when we are working on these projects. Our Facebook gets lots comments when we put up a few photos of the stages of the restoration and we’ve had a few requests to take this LTL to a few shows so people can see it.”

On the run  west to Perth the week before, it was a real trip down memory lane for Mick. Even though the LTL has had few modern-day components installed, it still retains many of the old school charms and characteristics. “The addition of the cabin/bunk air-ride sub-frame really improved the ride quality, I’d have to say it is one of the best riding trucks I’ve been in,” Mick said. “Having the quality Powerdown shockers also adds to the handling and great road manners it has.”

“Look it’s a real pleasure to drive,” Mick concluded. “But don’t take my word for it, grab your doona and work-diary and take for a trip yourself,” he added. “You won’t want to get of it.” 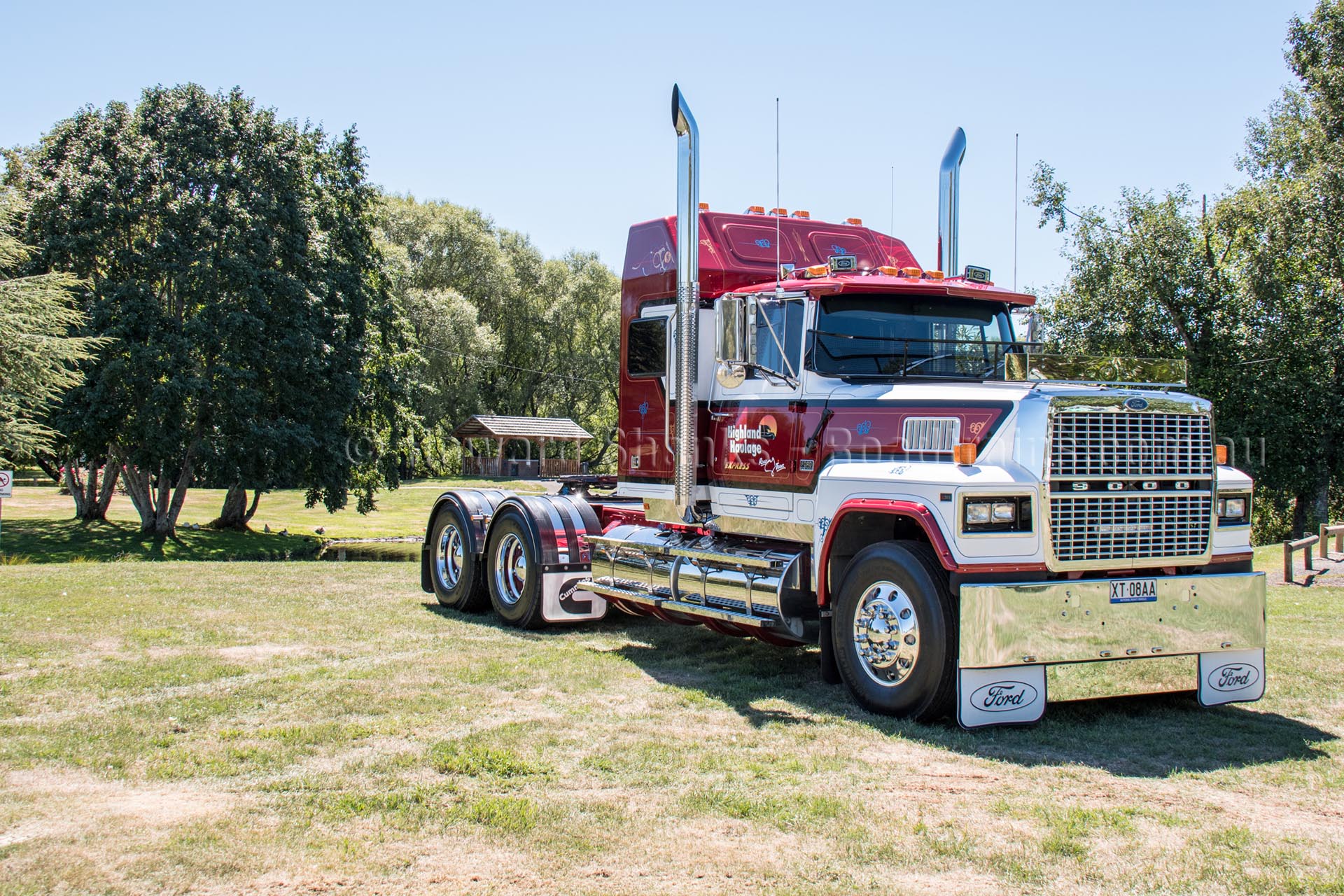