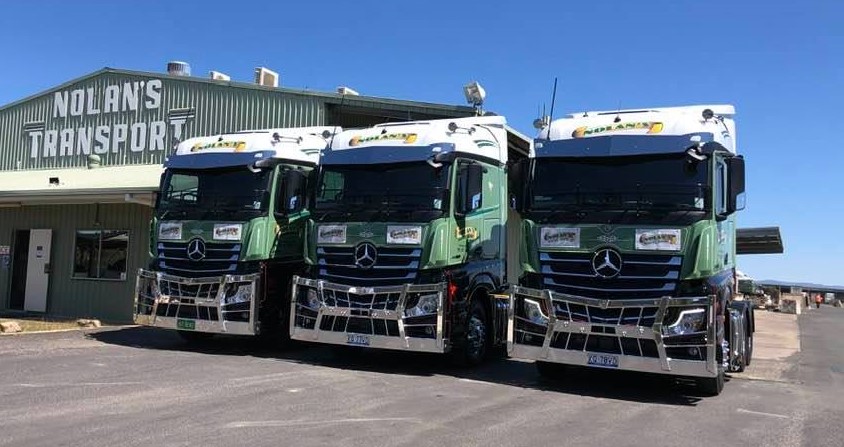 The Lockyer Valley-based family business recently took delivery of the three 2663 Mercedes-Benz Actros models following a positive experience with an Actros demo that was provided by Daimler Trucks Brisbane. Four additional 2663 units will join the fleet in the next few months.

“I’ve had a long relationship with (Sales Manager) Steve McDonald and he suggested we have a go with an Actros demo,” says Nolan’s Interstate Transport Director, Adrian ‘Flea’ Nolan.

“We put it on and we were really impressed. The fuel consumption was the biggest thing, but the drivers really liked it too, which is important,” he says.

The 2663 features a 16-litre six-cylinder engine with 625hp and 3000Nm of torque that meets the stringent Euro 6 emissions standard.

Like all Actros models, the 2663 features the Multimedia Cockpit system, which consists of two large customisable tablet screens that present driver information in super crisp detail.

Nolan’s Interstate Transport places a high importance on safety, which has always been a priority for Mercedes-Benz.

Mercedes-Benz has included the AEBS system as standard specification in Australia for 10 years, and the tradition continues with the new truck.