During the Victorian winter months over 300,000 people flock to the Mt Buller ski fields. Transporting the fundamental supplies for the hospitality industry on the mountain and the surrounding areas is a critical just in time operation. Here vehicle reliability and back up service ensure the freight is delivered on time and that’s thanks to Freightliner’s service agreement.

Located in northeast Victoria, approximately three hours drive north of Melbourne, the Mt Buller resort village is predominantly known for its downhill ski slopes. However in recent years the opening of mountain bike trails and footpaths that crisscross the mountain have boosted the resort’s utilisation to a year round holiday destination. 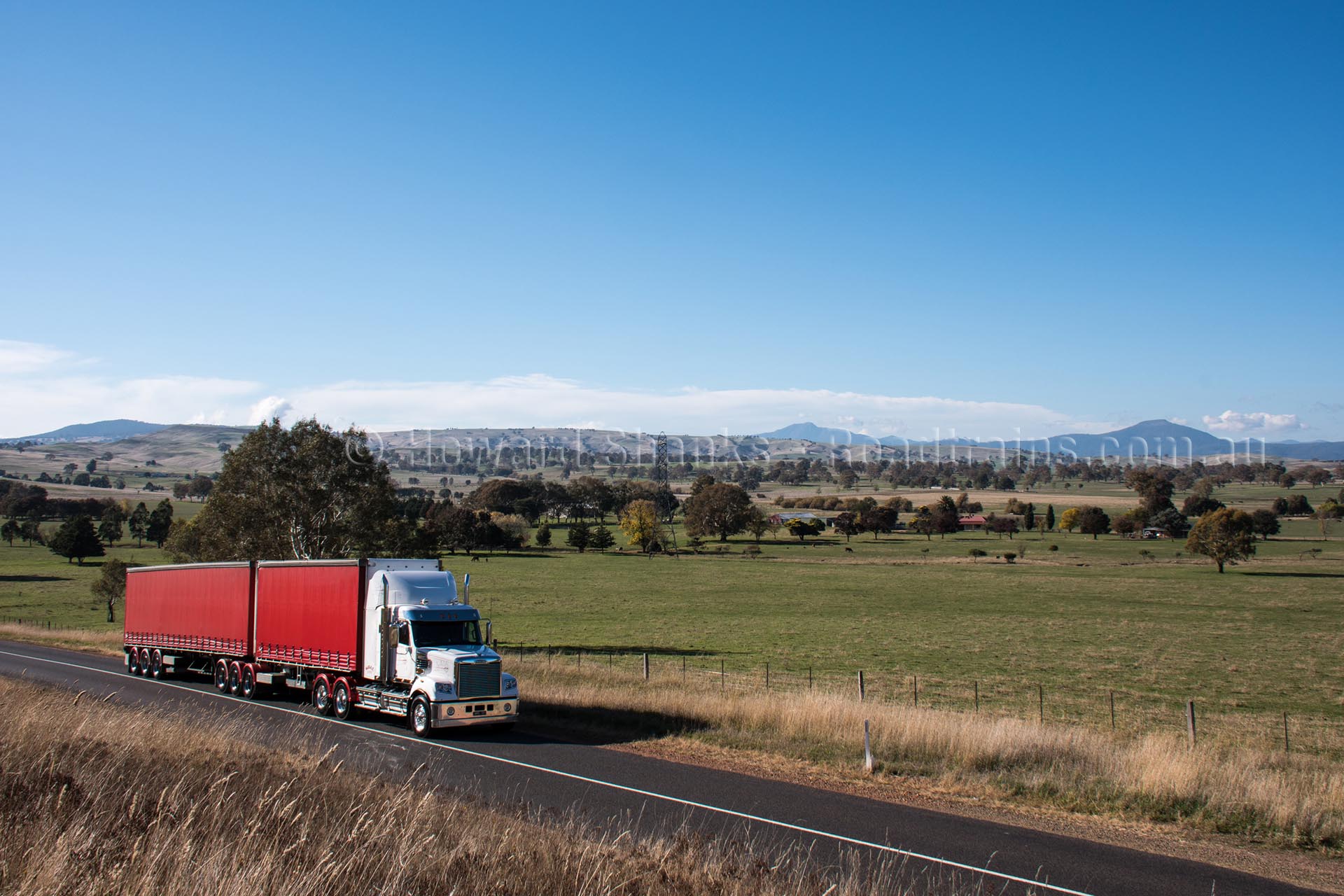 Consequently this has increased the transport task into the region as the growth in the surrounding area has also expanded to support the development in the region’s tourism.

Mt Buller Area Transport (MBAT) evolved in the early eighties from a small transport business that had traditionally supported the local farming and timber industries that were the main stay of community at the time. However as the ski fields of Mt Buller expanded and attracted more and more visitors demand on MBAT’s services grew.

According to owner Evan Lowing, maintaining their growth in the fiercely competitive transport market stems from that same reliable good old fashion country service that the company was founded upon.

Those underlining values still form the core of the company’s principals and are a key factor in any of their decision processes, especially when it comes to specifying new equipment. 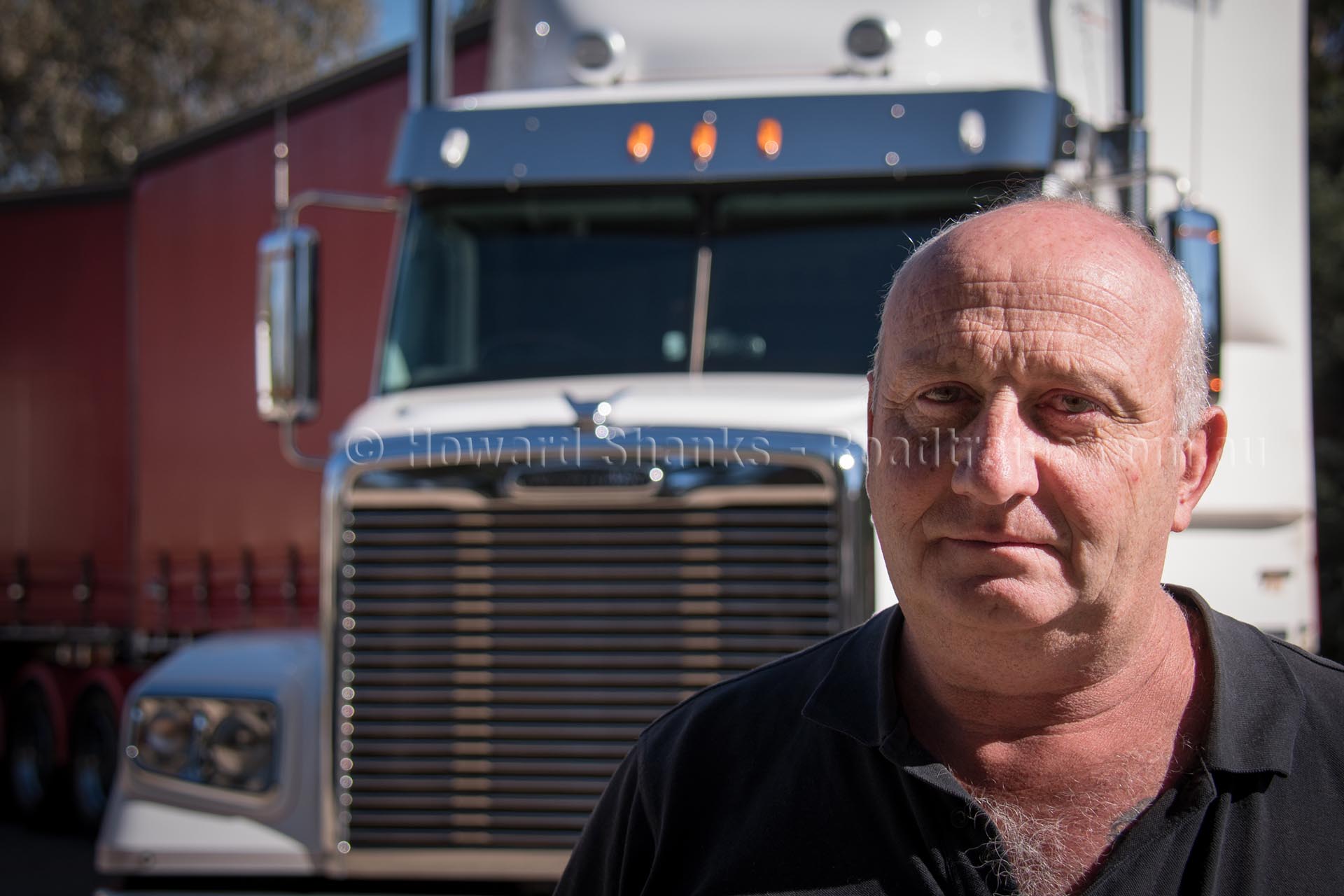 MBAT’s Senior Driver and Customer Relations Manager, Paul Thomas, said the Freightliner Coronado FL114 ticked all their boxes and more when they went shopping for a new prime mover to add to their B-Double fleet.

“We took our time to shop around this time and researched several major brands and really compared apples with apples,” Paul informed. “For us the service we get from the dealer is arguably a decisive factor in any purchase. Granted, most trucks will do the job we do, some a bit better than others, but it’s the support that really counts. With the level of sophistication in truck components these days when things start to get complicated, you appreciate genuine customer service and Daimler Trucks Laverton (DTL) does a brilliant job,” he added.

“In this business there is no fail options, uptime is everything because there are a lot of people who depend on us,” Paul explained. “If there’s a landslide up the mountain (like the one in 2010) or something out of our control, that’s one thing, but we’re responsible for everything that’s in our control. It’s our job to make sure we always deliver the vital freight on time.”

This zero-tolerance approach to downtime led to MBAT to putting their new fleet acquisitions on service agreements. 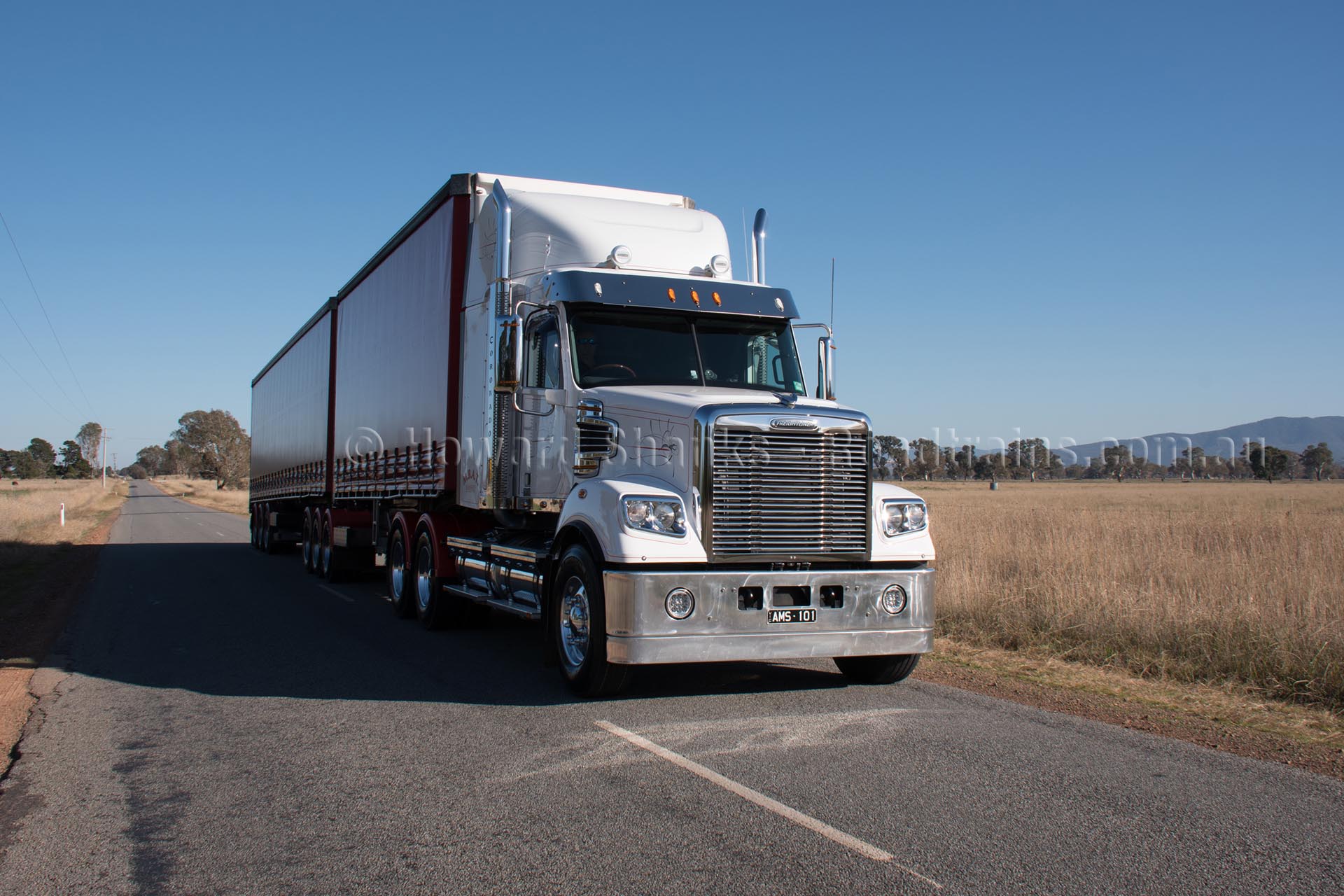 Tim Ede from Daimler Trucks Laverton looks after MBAT and explained the importance of understanding a customer’s business fully is critical to being able to provide the best solutions for predictive maintenance and scheduled servicing that keeps the new MBAT trucks on the road.

“I’ve worked closely with both Evan and Paul over the past few years, as we at DTL do with all our customers,” Tim said. “Here we don’t just sell a truck, we create a long term business partnership with our customers and our service plans. This means we have an important roll to play in each of our customers businesses and that is to ensure their vehicles are serviced and maintained to guarantee they are reliable and safe out on the road.”

“When a customer buys one of our service agreements their really buying peace of mind,” Tim continued. “With an optimised service plan we know exactly when the truck will be in for its programmed maintenance, which makes it easier for operations managers to schedule. It also means we know what parts we need and when. Importantly there are no hidden costs; all the services expenses are conveniently programed into the truck’s monthly payments.”

Another significant advantage for MBAT in utilizing Freighliner service agreements is simplifying their compliance requirements with maintenance management. 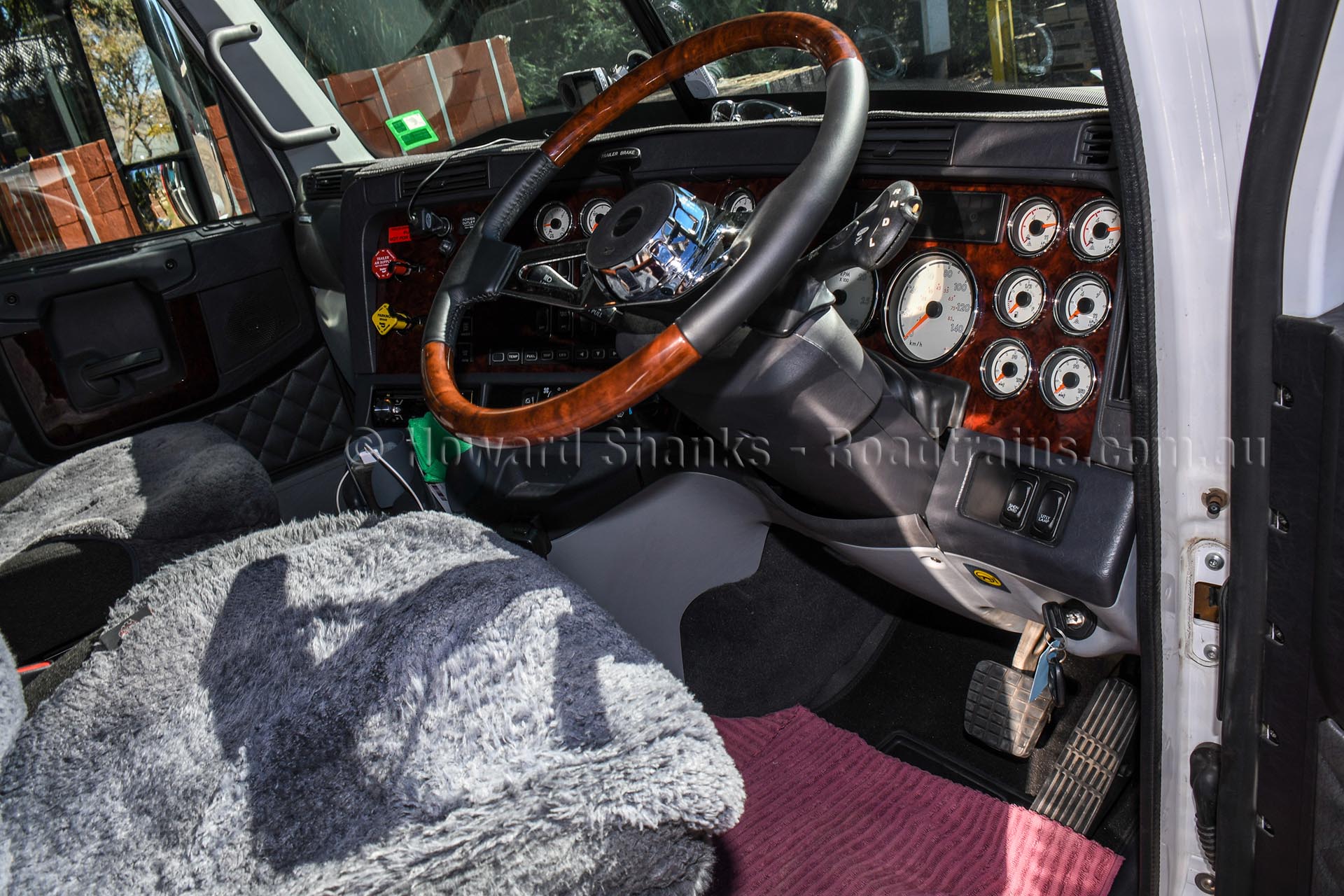 “When I pick up the truck from a service DTL have all the paperwork done which ensures we’re meeting all the new compliance requirements,” Paul added. “It just keeps everything simple and ensures nothing is missed.”

He was impressed with favorable reports of the Detroit DD15’s fuel economy and the extended oil drains out to 40,000 kilometers meant more uptime.

“Most people I’ve spoke to who run these new Detroits have been happy with the performance, economy and the reliability of their DD15,” Paul explained. Besides the monthly cost of the service agreement is more favorable with a Detroit than a Cummins.”

In terms of reliability Detroit Diesel’s literature says the DD15 has a B50 life, which is an engineering term that means the point at which half the engines produced will still be running – of one million kilometers. That’s the highest in the heavy-duty industry, the company says.

The longer service intervals extended out to 40,000 kilometers are thanks to a large 45-liter sump, and high capacity oil filters. Valve lash adjustment is only required at 90,000km. 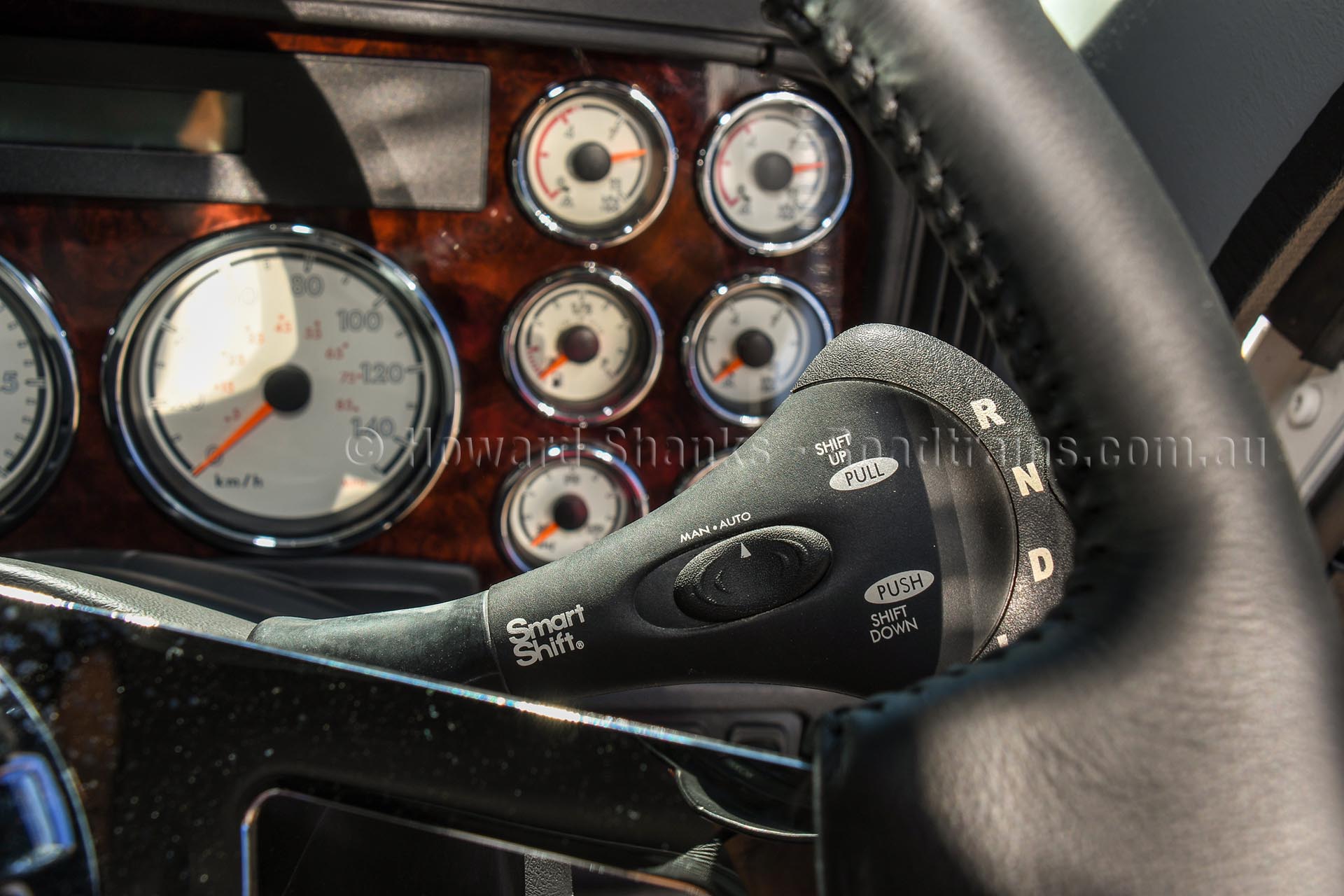 Complimenting the DD15 is an Eaton Ultrashift Plus 18-speed transmission with Freightliner’s unique SmartShift control.

Paul admits that his preference is the manual 18-speed stick, however concedes that to stay ahead one must adapt to new efficient technologies.

According to Feightliner’s literature locating the SmartShift lever on the steering column provides added safety features. Firstly the driver’s hands don’t need to be removed from the steering wheel. Secondly the dash mounted display indicator tells the driver what gear is currently engaged, and what gears are available to shift into. Another advantage of mounting the SmartShiftTM on the steering column is that it frees up useable floor space where the shift tower used to be, thus providing easier access between the driver’s seat and the sleeper area.

“I’m really impressed with the Ultrashift and Smartshift combination,” Paul revealed. “It is particular good in the stop start traffic you get in Melbourne’s peak hours and around road works on the freeways. I thought I’d be using the manual mode a lot more often, but the Ultrashift really reads the road and load well and adapts quickly. It basically instigates a shift automatically when typically do one in a manual transmission.”

How the Ultrashift does this is via series of electronic controls for the shifting sequence that are much more refined than in previous models. These latest transmissions calculate the weight of the truck and also senses grade, both lifting off the mark and on the fly. They are also sensitive to pedal position, so it can respond with economy or performance shifting, without any driver intervention. Also included to assist the driver is a hill-start aid that will hold the truck stationary for up to three seconds as throttle is applied on a hill start – heading up or down a grade. Another new feature on later models include a gear-hold creep mode that allows a driver to select a gear that will hold and allow for creeping along in heavy traffic. 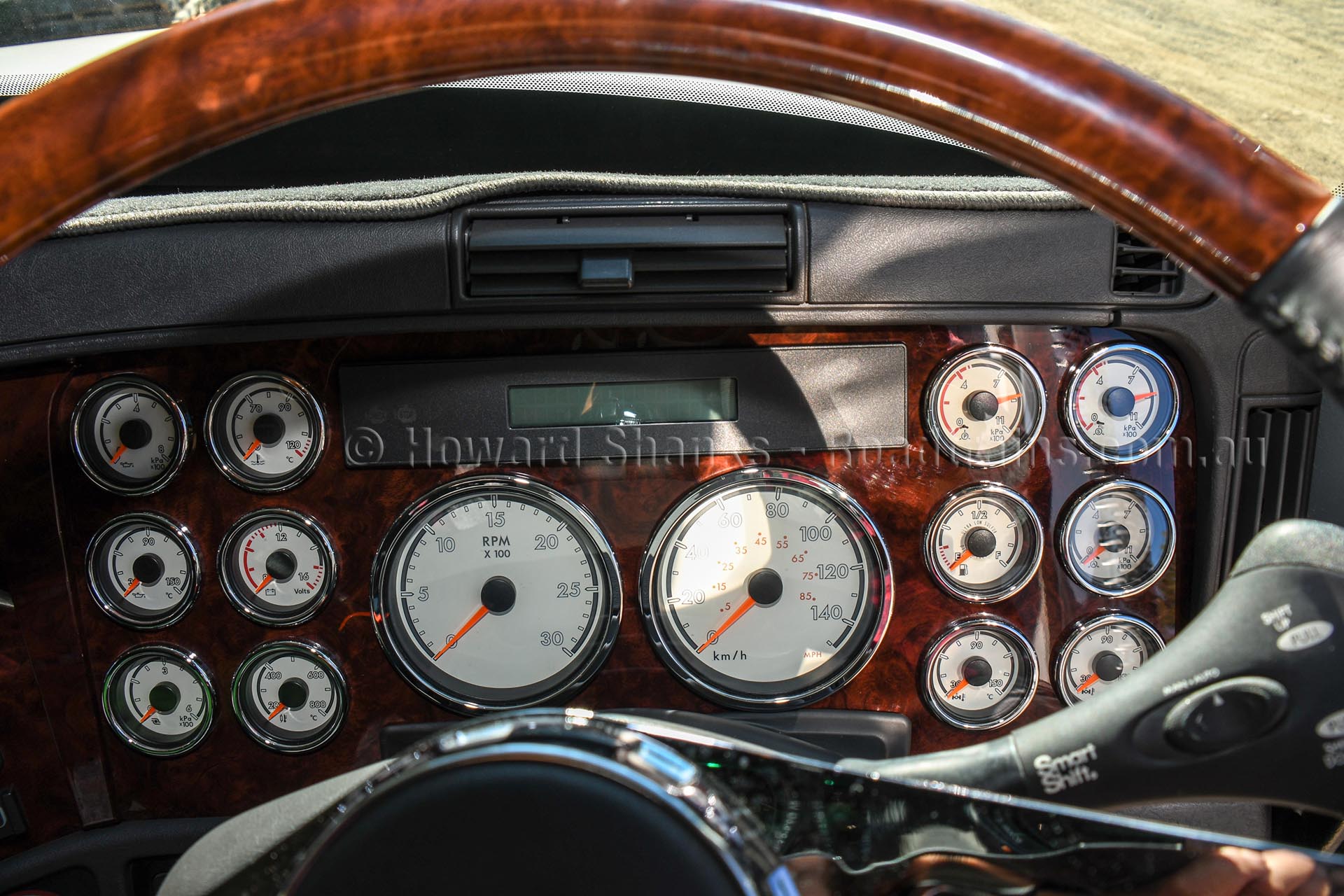 In the lower gears each shift is completed with the aid of the clutch. However in the lowest gears, the inertia brake (it replaces the simpler but primitive clutch brake) allows for very quick shifts. This combination, along with the super fast calculations on the control module that senses torque, throttle, weight and grade, mean a fast progression through the gears, in most cases skipping shifts for optimum performance. Situations such as accelerating on an onramp or up out of a pit are handled exceptionally well in this latest version of the UltraShift.

With its unique grade sensor the transmission will learn the weight of the truck each time it starts and selects the appropriate starting gear. This can be overridden if the driver selects manual modes. Once in manual, the transmission will hold the selected gear until the driver moves the gear up or down using the shift buttons or automated mode is selected.

“It certainly is a clever and smooth transmission,” Paul explained. “From a driver’s point of view it makes driving so much easier and you’re not exhausted when you step out of the truck at the end of the day. From a management point, we are getting exceptional economy and there are no miss shifts or shock loads going down the driveline. The benefits are there for everybody.”

“The Coronado is a spacious truck inside,” Paul said. “We specified the wider bunk option which gave us a full size single bed with an inner spring mattress. The dash is well laid out and it’s a remarkably comfortable truck to drive.” 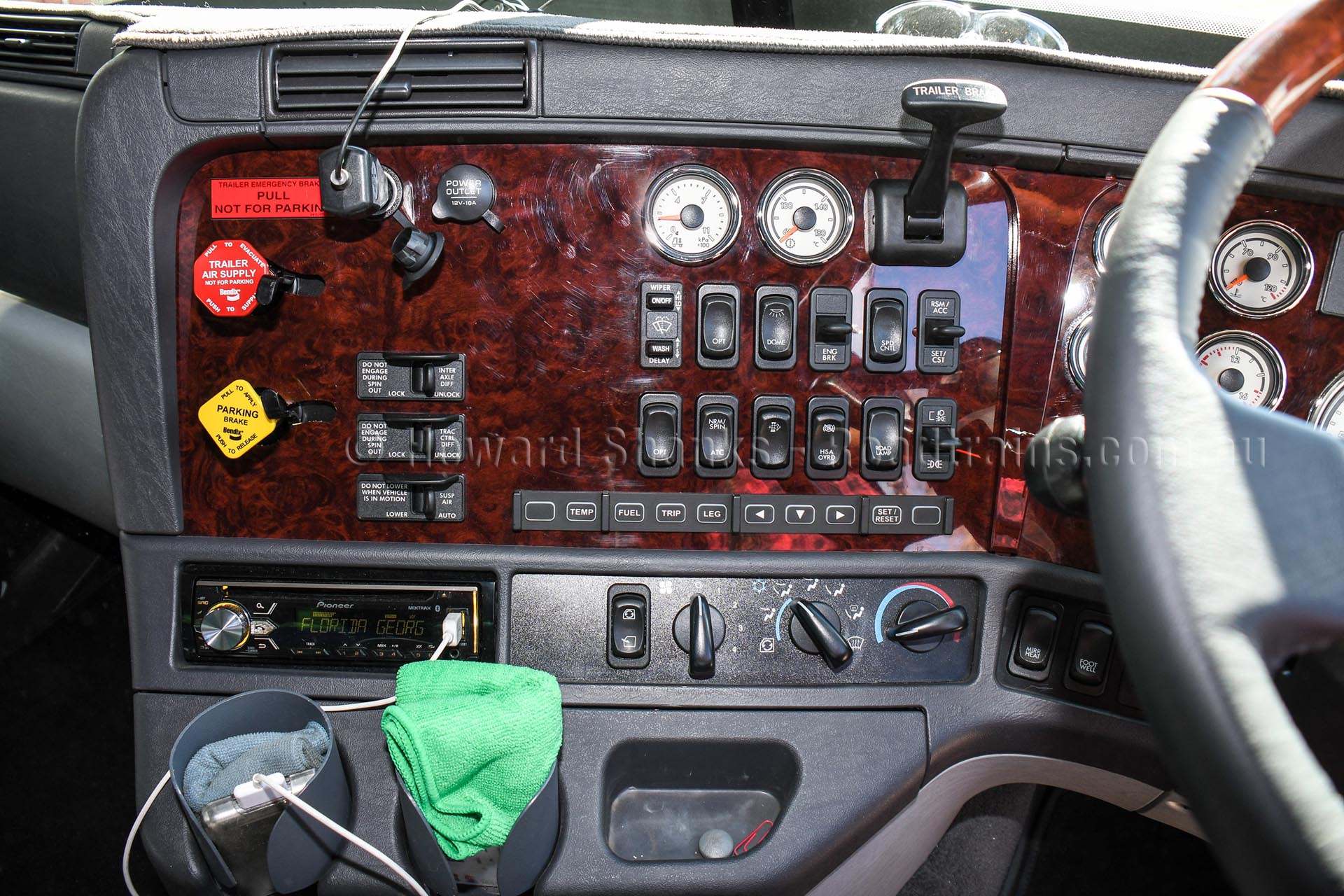 In terms of cost per kilometre comparison using the Freightliner Service agreement versus having their own in house mechanic perform the services, Paul says in a perfect world a good in house mechanic might save a cent or two when you work it out on kilometres.

“But it’s not a perfect work,” he quickly adds. “We don’t have to carry any parts, so that’s money we haven’t had to outlay up front and there is very limited warranty if we do the work ourselves compared to the full warranty given by DLT. For instance if a turbo fails, then under our full service agreement Daimler will fix it and there’s no additional cost to us other than the inconvenience. Compare that to all the hassles and downtime if we didn’t have the truck on service agreement. They’ve got the parts in stock; all the tools to do the job and get you back out on the road quickly. So when you look at the big picture I think we’re in front in terms of cost per kilometre because we know all our costs up front.”

“The Freightliner service agreement just takes all the hassle out of truck maintenance and lets us focus on looking after our customers,” Paul said. “If anything does go wrong I can just wheel the truck into DTL and they sort out the problem straightaway. There’s no additional costs or wasted time, it’s all about keeping the wheels turning and that’s why we went down that road, because, if you’ll pardon the pun, we’ve got a mountain of people to look after.”

“Seriously though, we’re that impressed with the service we’re getting from DTL that we’ve ordered a new Actros and placed it on a service agreement as well,” Paul revealed. “It arrives in few weeks so you’ll have to come back in a few months when it arrives.” 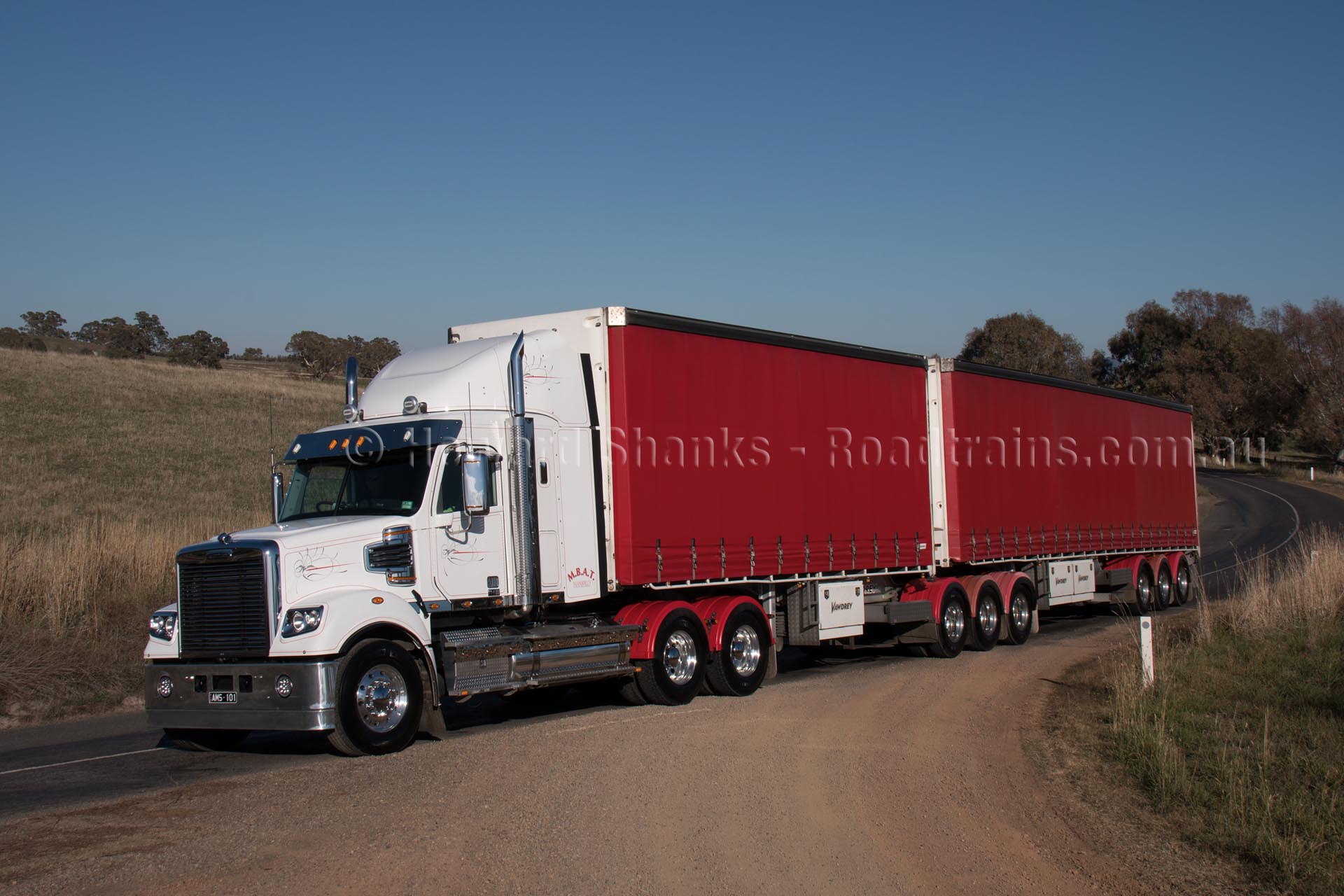