With the rapid increase in heavy vehicle running costs, the following tips on how to match your tyres will undoubtedly see you extract a few extra thousand kilometres out of your tyres. But ultimately, it will make all the difference to your bottom line. Furthermore, it might even save you costly downtime from changing a tyre on the side of the road. 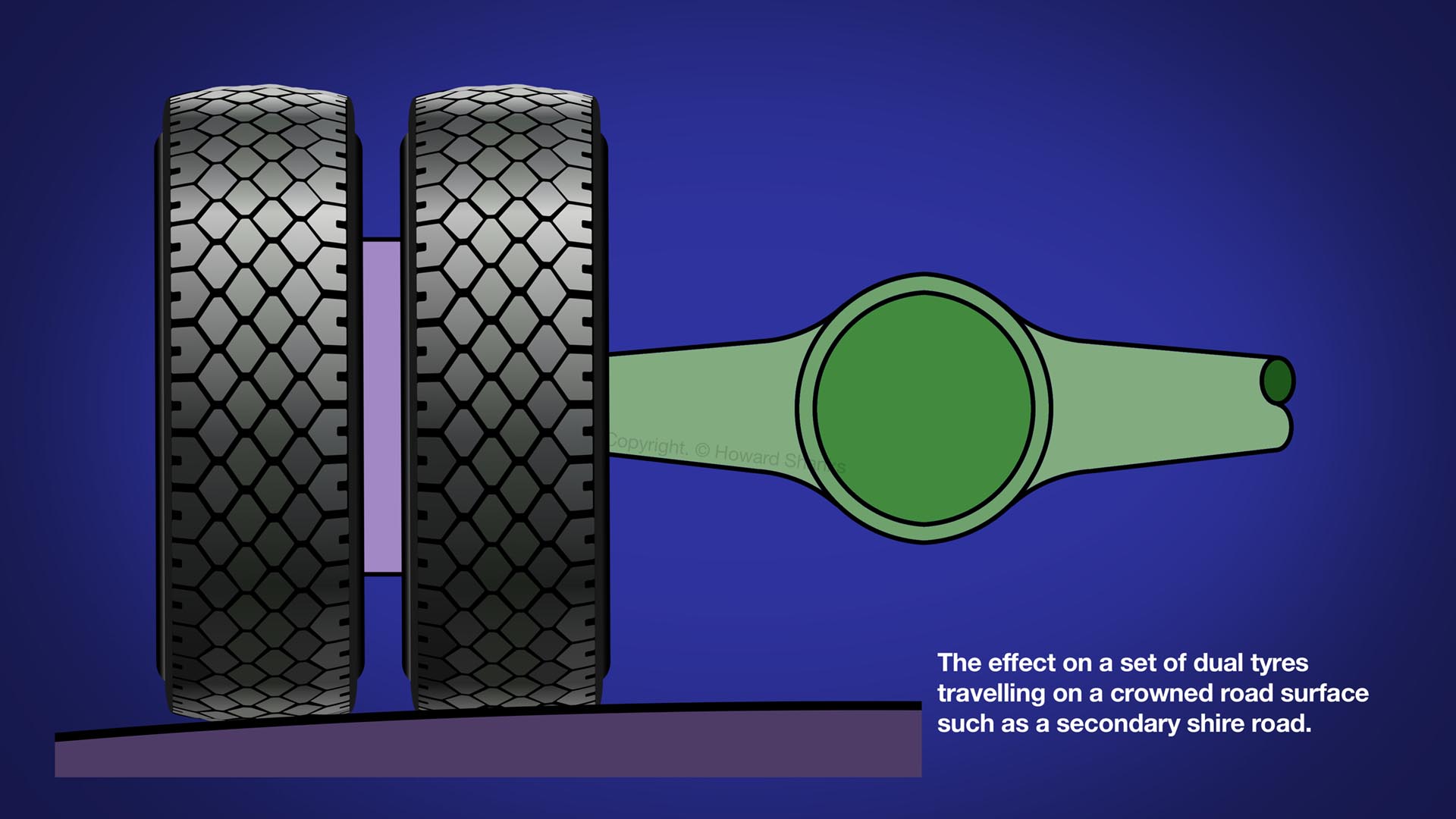 A few years ago, I had a rough rule of thumb for working out the running costs for my old lorry. For want of a better term, I called it my twenty per cent financial plan. First, I allocated one-fifth of the total cents-per-kilometre of running cost for fuel, another fifth for tyres, another fifth on payments, then wages and finally repairs and maintenance.

Truth be told, I can’t take all the credit for inventing this financial plan, although it served as a valuable tool for pricing jobs profitably. However, today, some might consider my old twenty per cent operating cost plan as somewhat an antiquated system compared to modern big fleet businesses with onboard computers that monitor a truck’s every move. Regardless of what method you use to determine your operating costs, the fact remains that knowing your operating costs is pivotal to your business’s profitability. 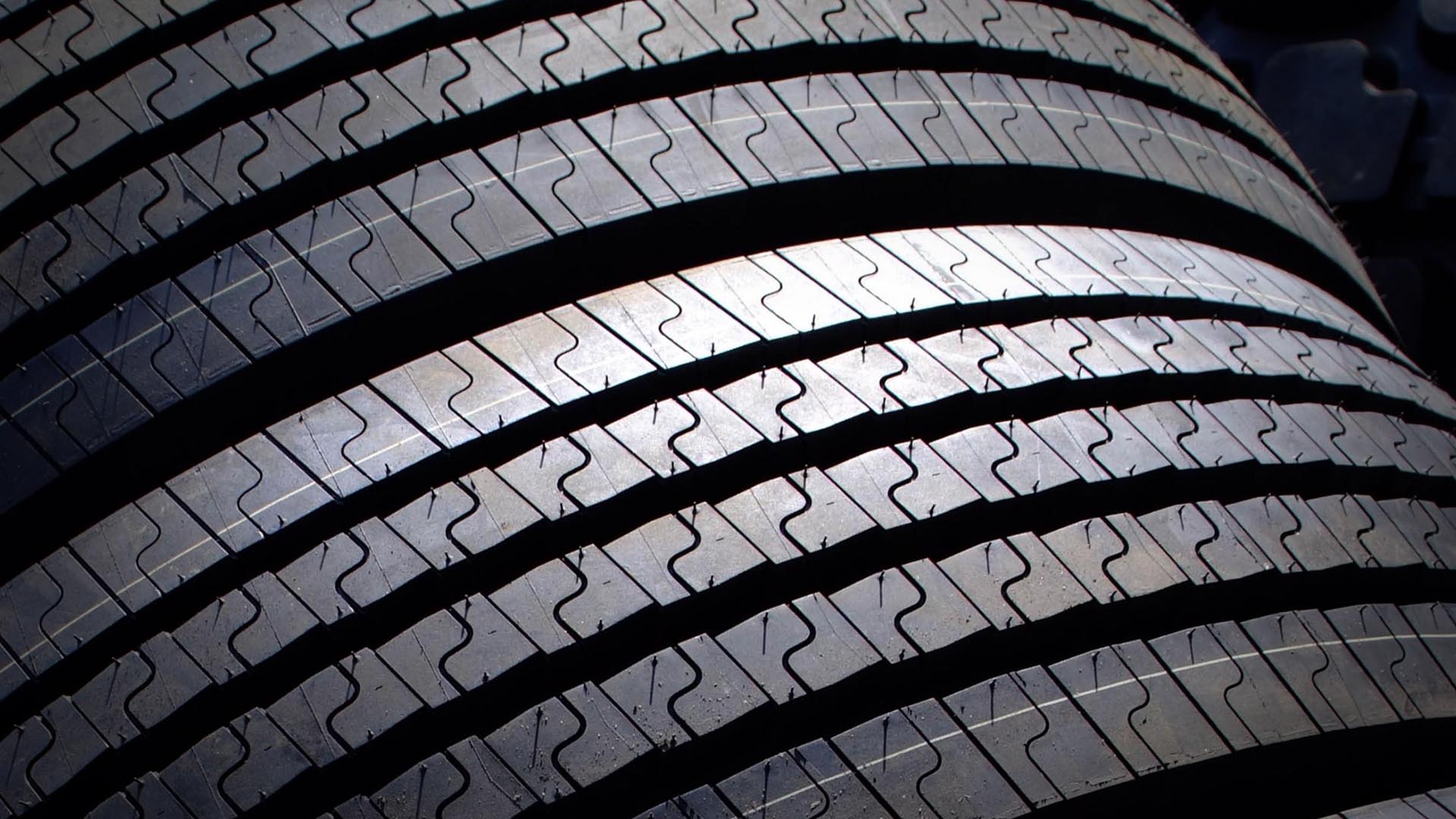 The recent jump in fuel price is pushing trucking companies’ profit margins closer and closer to negative figures. Today fuel and tyres equate to half the cents-per-kilometre of truck operating costs. For instance, a new Bridgestone 11R22.5 M766 drive tyre similar to the set shown on the drive axles in the accompanying photos costs $855 plus GST each. That’s $7524 for eight new drive tyres, including the GST.

An average linehaul truck averages 200,000kms per year. Therefore, most fleet managers schedule drive tyre replacement at 100,000kms. However, an owner-driver who looks after their tyres might schedule their replacement as far-out as 150,000 because owner-drivers tend to have a more stringent tyre maintenance plan.

If a new set of drive tyres are required before the scheduled tyre replacement time, this unplanned tyre exchange seriously impacts the truck’s bottom line. 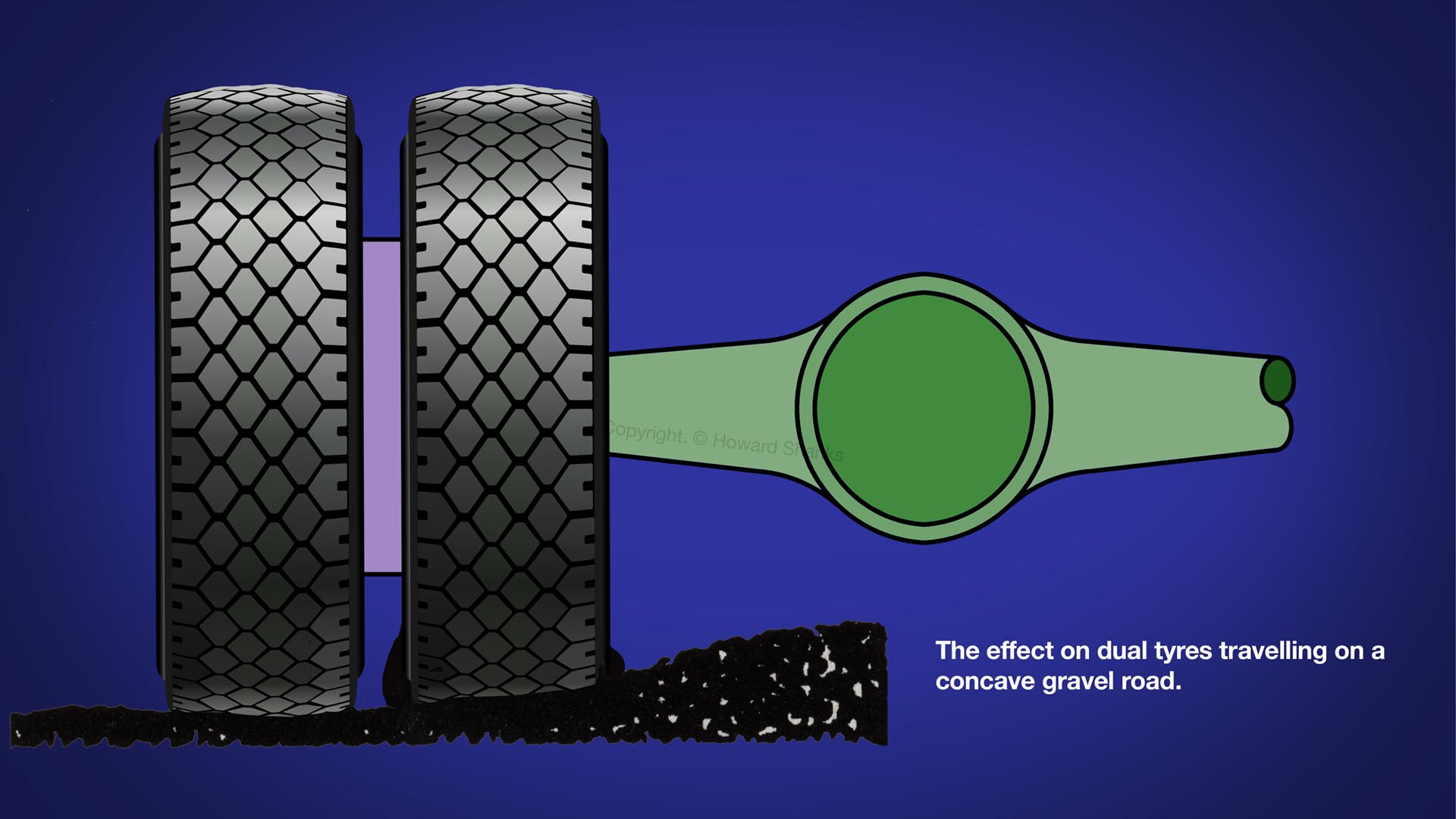 Then there’s the effect from the road’s crown. If the road were flat, it would simply be a matter of matching the tyres with the same radius. But our roads aren’t flat, and it is necessary to compensate for this by matching tyres to the nearest radius with the larger tyre mounted on the outside.

Ok, so you’ve just lashed out and bought eight new drive tyres. They all have the same radius. So how do you compensate for the road camber? Some smart owner-drivers adjust the tyre radius simply by increasing the tyre pressure of the outside tyre and decreasing the inside pressure while staying within the recommended inflation limits of the tyre manufacturer. 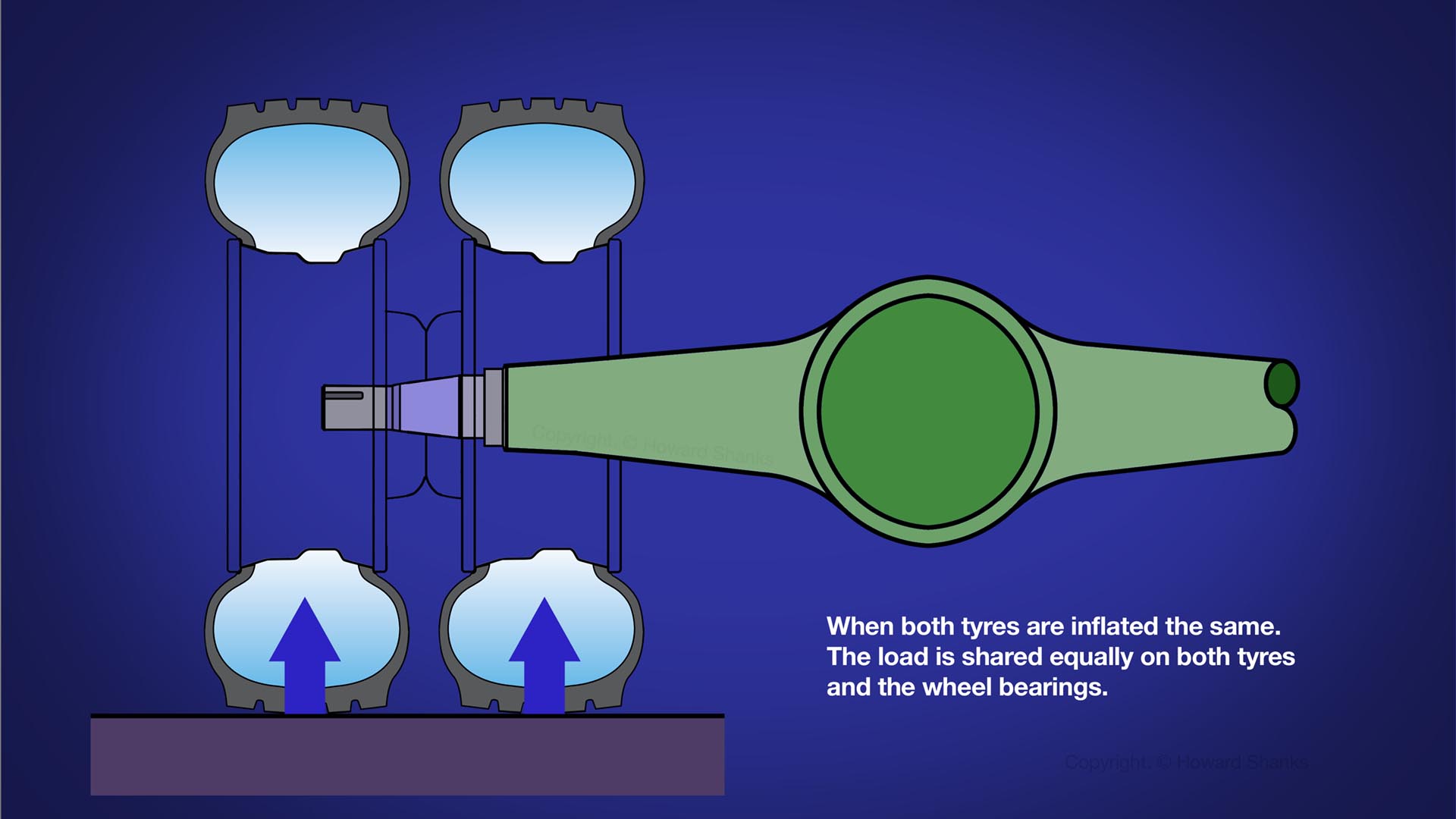 Mismatched tyres also cause another problem. For instance, they overload the wheel bearings. Consequently, if mismatched tyres get ignored over an extended period, then chances are the overloaded bearings will also go unnoticed until it’s too late. Therefore, it’s vital to check tyre pressures frequently and periodically match up the tyres. This maintenance effort will eliminate unequal load stresses that can cause premature failure of the wheel bearings.

Furthermore, mismatched tyres have a disastrous effect on differential life. Axle differentials are primarily designed to balance power between the two axle shafts and act as a speed balancer when the truck is cornering. If both pairs of rear tyres are not the same size – due to wear, unequal tyre pressures, or mismatching – then even when the truck is running in a straight line, the differential will work constantly. It is essential to understand that the final drive differential is not designed to compensate for mismatched tyres. Matching tyres of equal size on either side of each rear axle is a far more economical alternative. It also helps prevent expensive premature differential repairs.

The same principle applies to the power divider as it does to the final drive differential. Imagine a set of tandem axles, directly connected by the jack-shaft, rolling on eight tyres, all with a different radius. The rear-drive axle would be trying to overrun the forward drive axle, and the forward drive axle would be trying to hold back the rear-drive axle, and all the while, the tyres are shredding off the valuable tread. 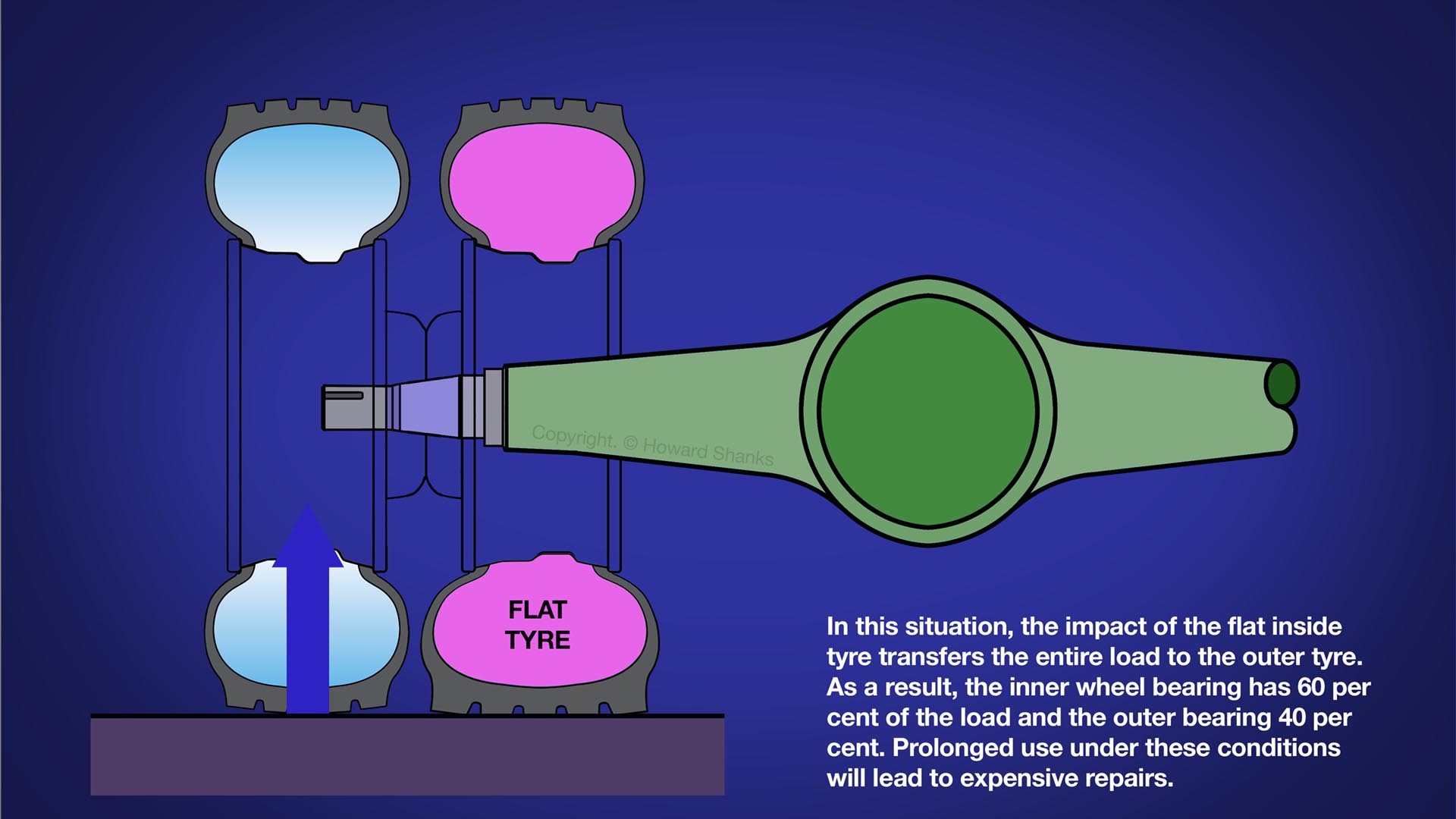 The term ‘wheel fight’ is where mismatched tyres try to wind up the jack-shaft and screw the drive axles. When this situation occurs, the crown wheel and pinion gear teeth grind under extreme pressures, and the internal bearings work beyond their normal limit. Should these conditions go undetected, expensive internal damage will surely result.

Furthermore, engagement and disengagement of the interaxle differential lock while the truck is running requires that all wheels rotate at the same speed. If wheels and axles are not synchronised during the lock-up engagement, severe damage to the splined shaft and collar in the power divider will occur. Therefore, another good reason it is essential to check for a difference in the rolling radius of tyres between axles. When all tyres are the same radius, engagement and disengagement of the forward axle can be made smoothly at any speed with minimal effort. 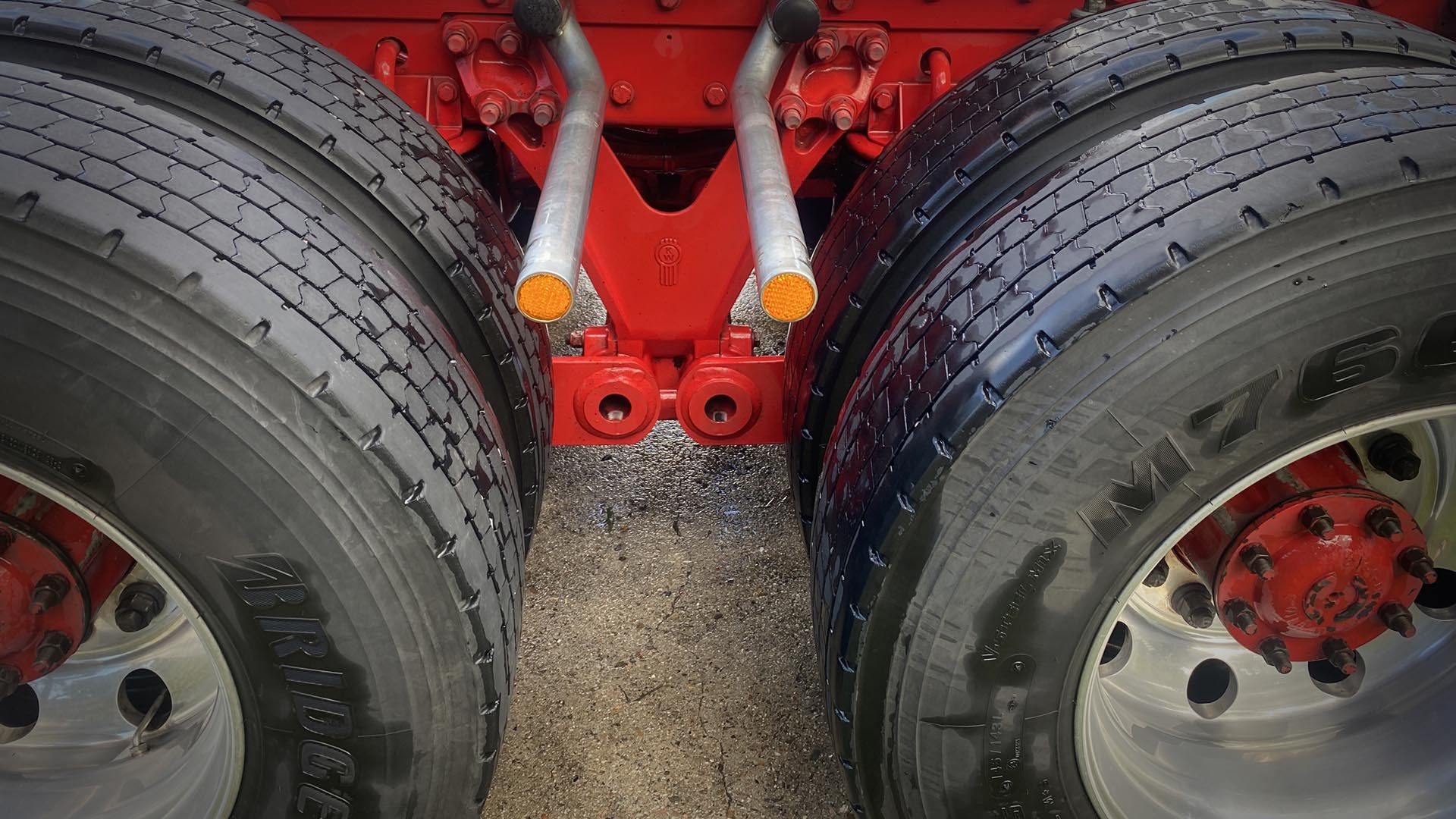 Regularly measure the rolling radii of all tyres, making sure that the tyres of all wheels are matched to within 4.0mm of the same rolling radius.

The four largest tyres should not be installed on one driving axle and the four smallest tyres on the other driving axle of a tandem drive. Such tyre mounting will cause interaxle fight unusually high axle temperatures that result in premature lubricant breakdown and possibly an expensive visit to the diff doctor.

In addition to matching the individual tyre rolling radii or rolling circumference, we recommend matching, as nearly as possible, the total tyre circumference of the one driving axle. This will usually result in satisfactory tandem axle lubricant temperatures that lengthen final drive unit service with higher tyre kilometres and ultimately increase your profitability. 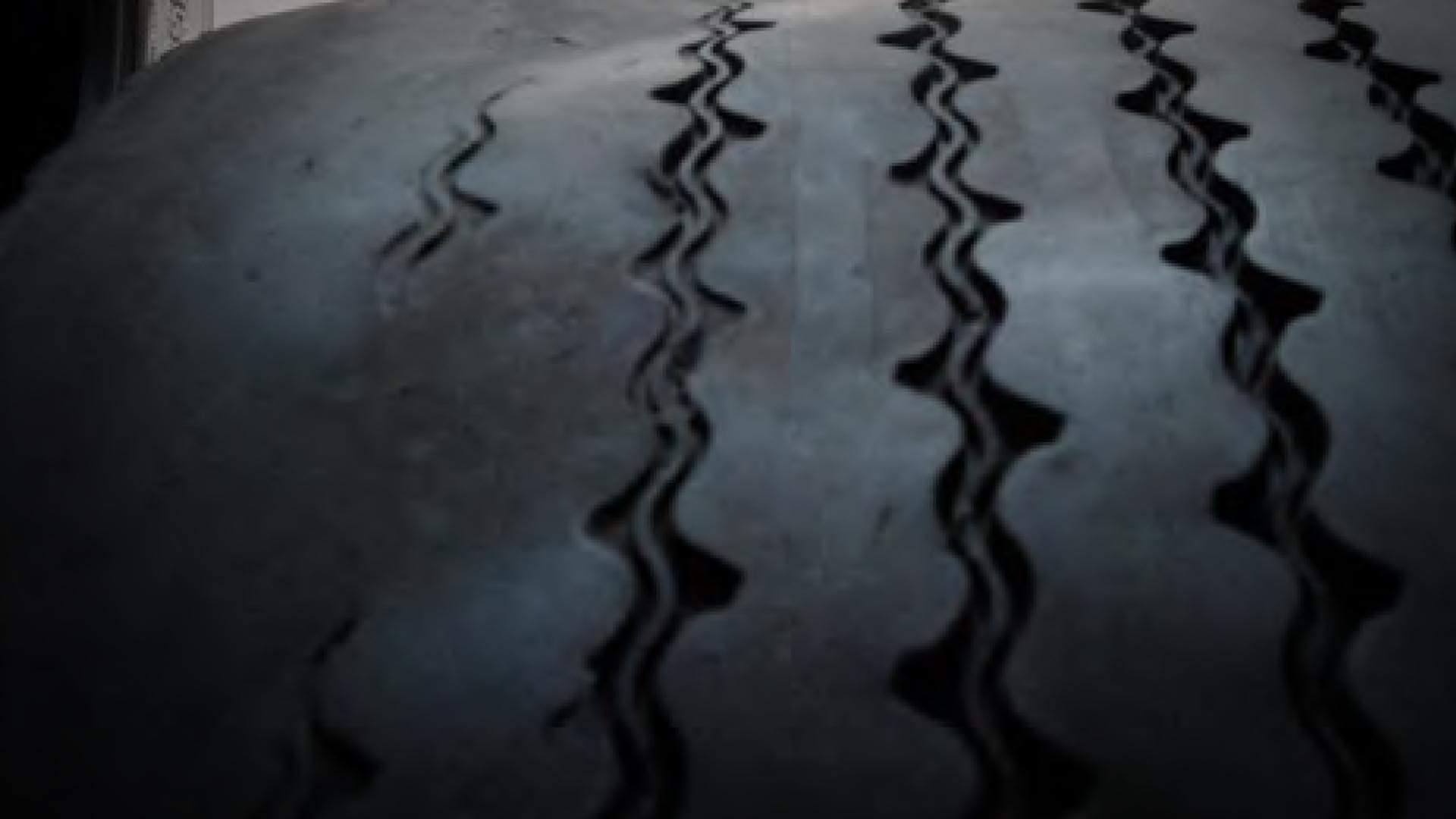