How a Series-Parallel Switch works.

The other day my mate and I were having a yarn about an old W-Model I was allowed to take for a short run. The old girl hadn’t been started for ages, needless to say it needed a little coaxing into life, with the master switch turned on, my joy and excitement quickly disappeared when I turned the key and there was the click-click sound of a flat battery as the starter tried to wind over the old 400 HP CAT under the hood. 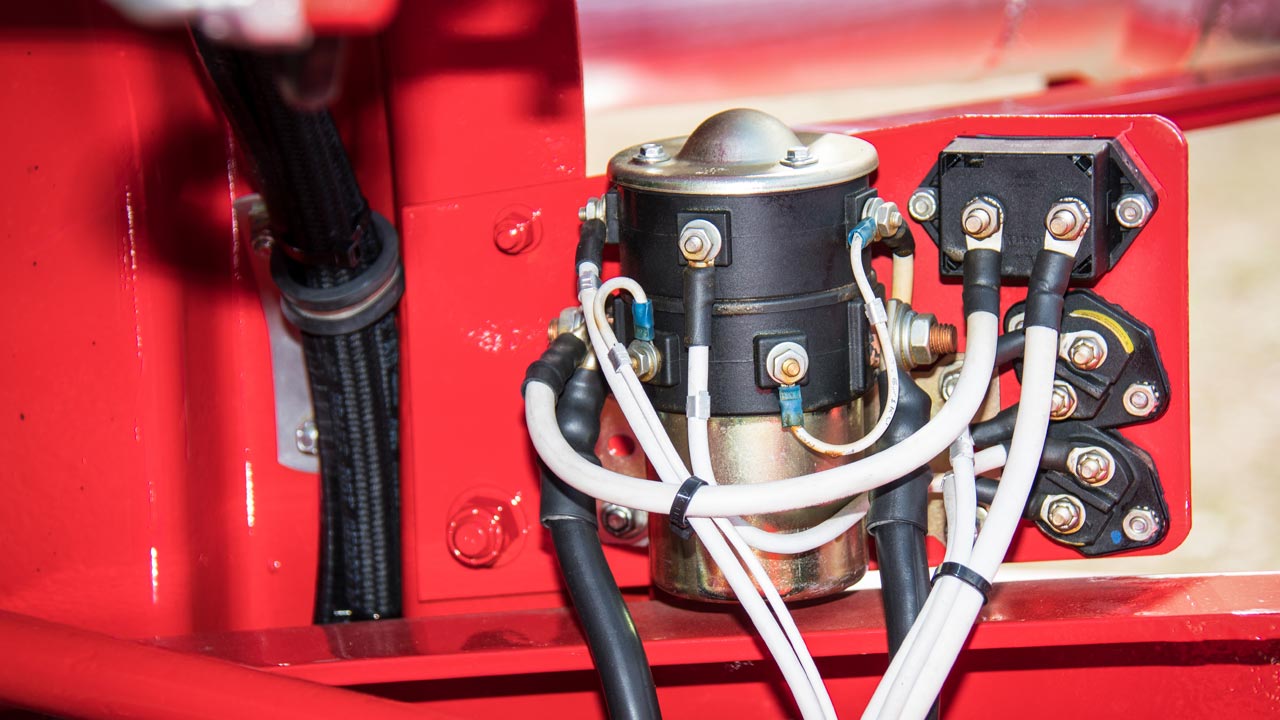 I sat for a few moments leaning on the steering wheel looking out over the bonnet and few old memories came flooding back of the days when I drove one like this. One memory in particular stuck in my mind, it was around midnight in a parking bay midway between Mount Isa and Camooweal. Earlier in the week I’d volunteered to do a run north to the Top End for a mate. A few days later in the parking bay late at night I slid into the seat, turned the key and hit the starter. Nothing! I hit it again. Still nothing, just like today.

Even today auto-electricians are fairly scarce around midnight and mobile phones are not conducive to communicating your needs in this particular area. That night I remember thinking, “if I was going to get back out on the road tonight there was no alternative other than to get out into the two-inch deep dust and fix the problem myself.” After all, it’s what most blokes did in the bush back then. Thankfully I’d grabbed a new battery for the old dolphin torch back in town, as the old one was fading quickly. I certainly wasn’t having much luck with electricity that night. 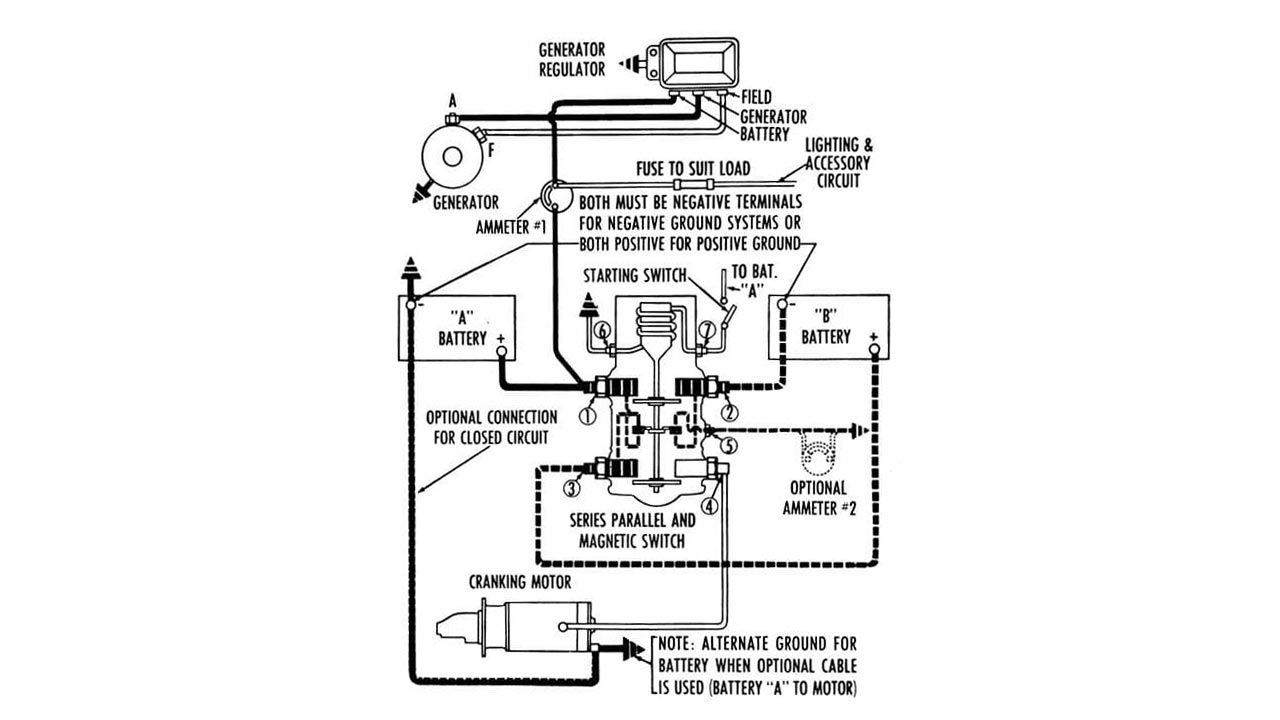 The yellow Caterpillar sprang to life about half an hour later. A few comments of self-adulation were muttered into the lonely darkness as I returned the spanners to the toolbox. The heat during the day is torturous and doesn’t get much better at night, but at least the gentle breeze coming across the plains took the edge off the sweltering heat while I tinkered away under the hood. Now, with the engine purring away the air-conditioner kicked in and there would be some solace from the heat.

The reason the truck wouldn’t start is because the solenoid in the series-parallel switch had jammed. The fine tolerances inside the solenoid show little forgiveness to the entry of foreign particles, especially dust, and there’s plenty of that out here in this country. This type of switch is not found on many modern trucks. European vehicles run 24-volt systems so don’t require it and most US machines now have 12-volt starters. While becoming a rarity, there are still many older models on the road that have them and some customers specifically specify them because of they prefer the rapid cranking of a 24V starter. Understanding how they work may just help to get you mobile again if you should ever happen to experience a similar situation. 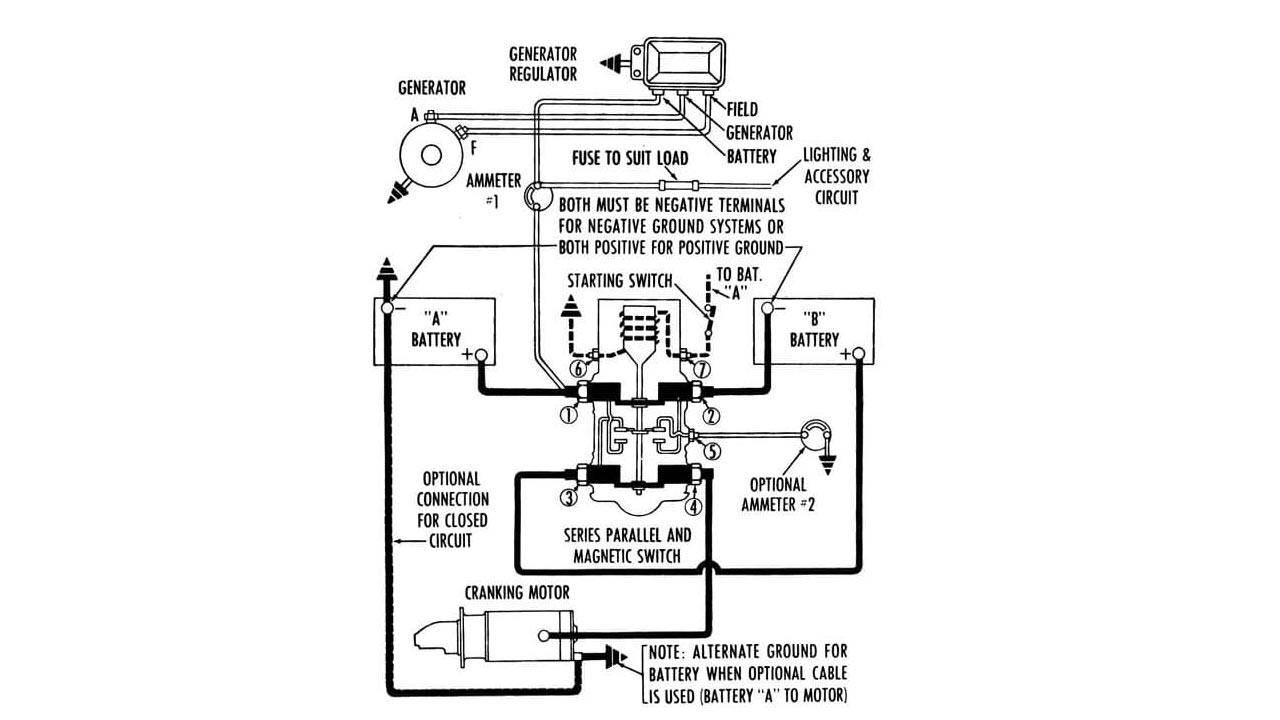 Circuit diagram of a typical series-parallel switch completing a parallel connection between batteries for normal operation of vehicle electrical equipment at 12-Volts.

The best description of a series-parallel switch – other than the descriptive adjectives used during the parking bay incident – would be that it is a mechanism that allows for two 12-volt batteries to be linked in series (forming 24-volts) for starting while also linked in parallel (12-volts) for charging.

So, this old girl has a 24 volt starter motor to get the Cat cranking into life, and the rest of the truck including radio, light etc, runs on 12-volts.

When batteries are connected via the positive on one battery and the negative on the next battery, the value of the two batteries is added together. Therefore, two 12-volt batteries connected in series equal 24-volts of output.

With our refresher course on basic electricity behind us, let’s tackle the series-parallel switch in detail. 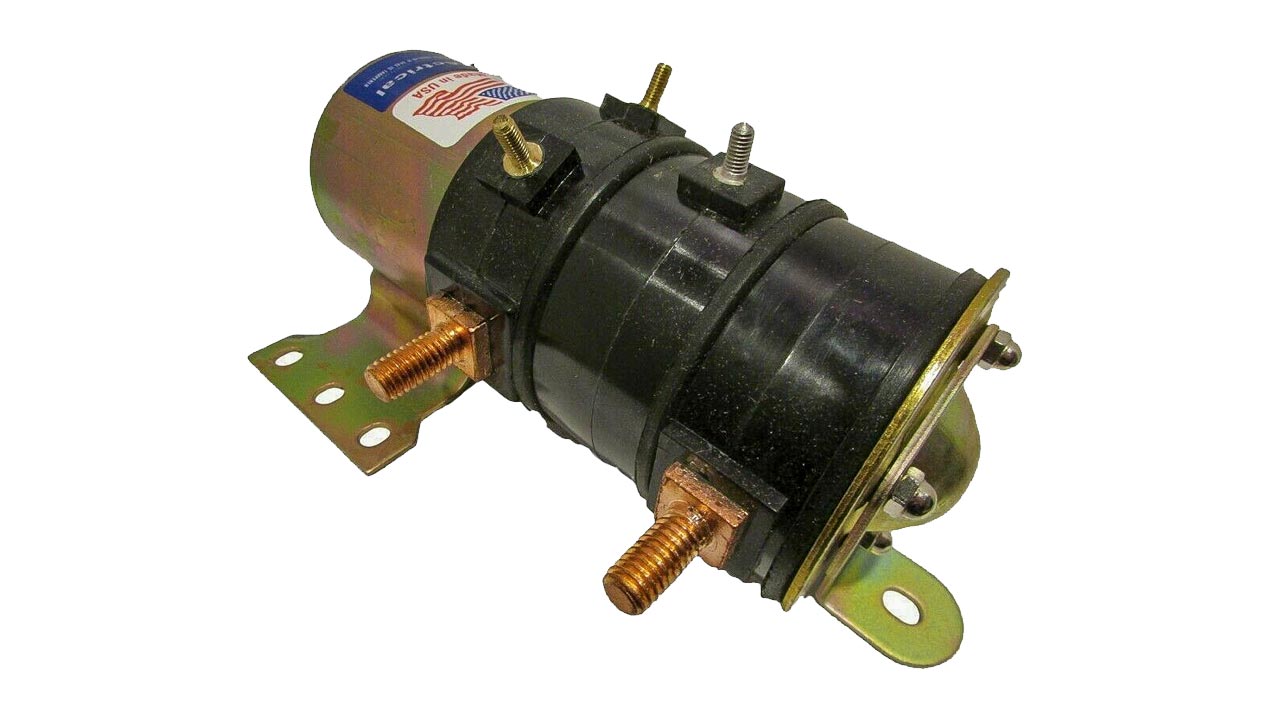 In many trucks two 12-volt batteries connected in parallel are commonly used to supply a complete 12-volt electrical system, with the exception of the starter motor that operates on 24-volts. To obtain 24-volts and connect the batteries to the starter motor a series-parallel switch is used.

When the key is released, the batteries return to a parallel connection as the series-parallel switch contacts 1 and 2 are opened and contacts 1 and 3 and 2 and 4 are reconnected. The two batteries are charged in parallel by a 12-volt alternator and supply accessories at 12-volts. 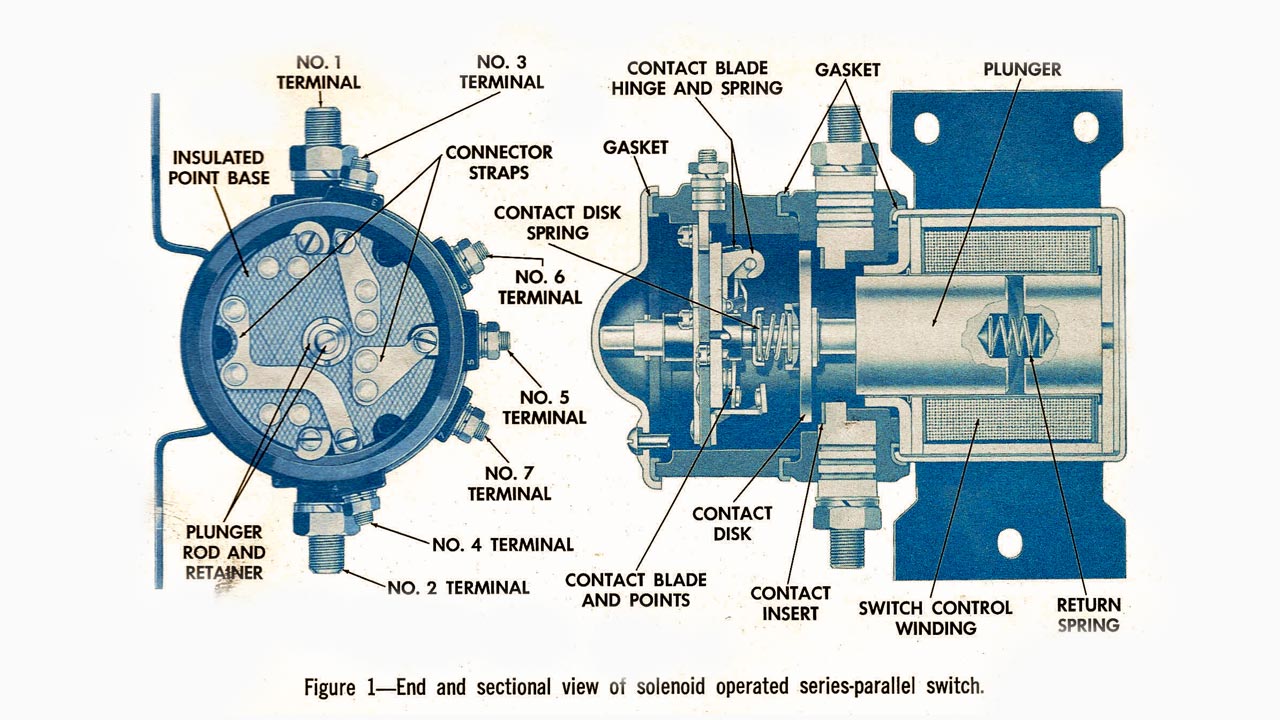 So, how did I get the jammed solenoid free? First of all, I had to determine the cause behind the truck’s inability to start, as it was fine until the attempt to leave the parking bay. Thorough checks of the batteries, ensuring all leads were firmly fastened to the terminals and a check of the starter motor, ensuring its connections were secure, were the first steps. There was plenty of power as the lights shone brightly on all three trailers. The next check was for broken wires that may have caused a short.

The series-parallel switch was quite warm and made a clunking sound similar to a car with a flat battery. It sounded as though it was trying to work, suggesting that the starting problem was connected to the switch.

Once determining that it was a jammed solenoid, I proceeded to give the switch a few swift blows with a ball-peen hammer. I doubt that you’ll find this procedure recommended in any workshop or manufacturer’s instruction manuals. On the side of the road in the middle of the night however, this bush methodology will more often than not get you on your way again as it frees the dust that accumulates inside the switch allowing it to function again.

The offending switch was removed upon arrival at our destination and serviced by a fully qualified auto-electrician who confirmed that dust had indeed caused the problem.