It will begin including this potentially life-saving safety technology as standard equipment on select Fuso Canter models this week, setting a new safety benchmark.

AEB is being introduced as standard equipment model-by-model across the Canter 4×2 range throughout this year. 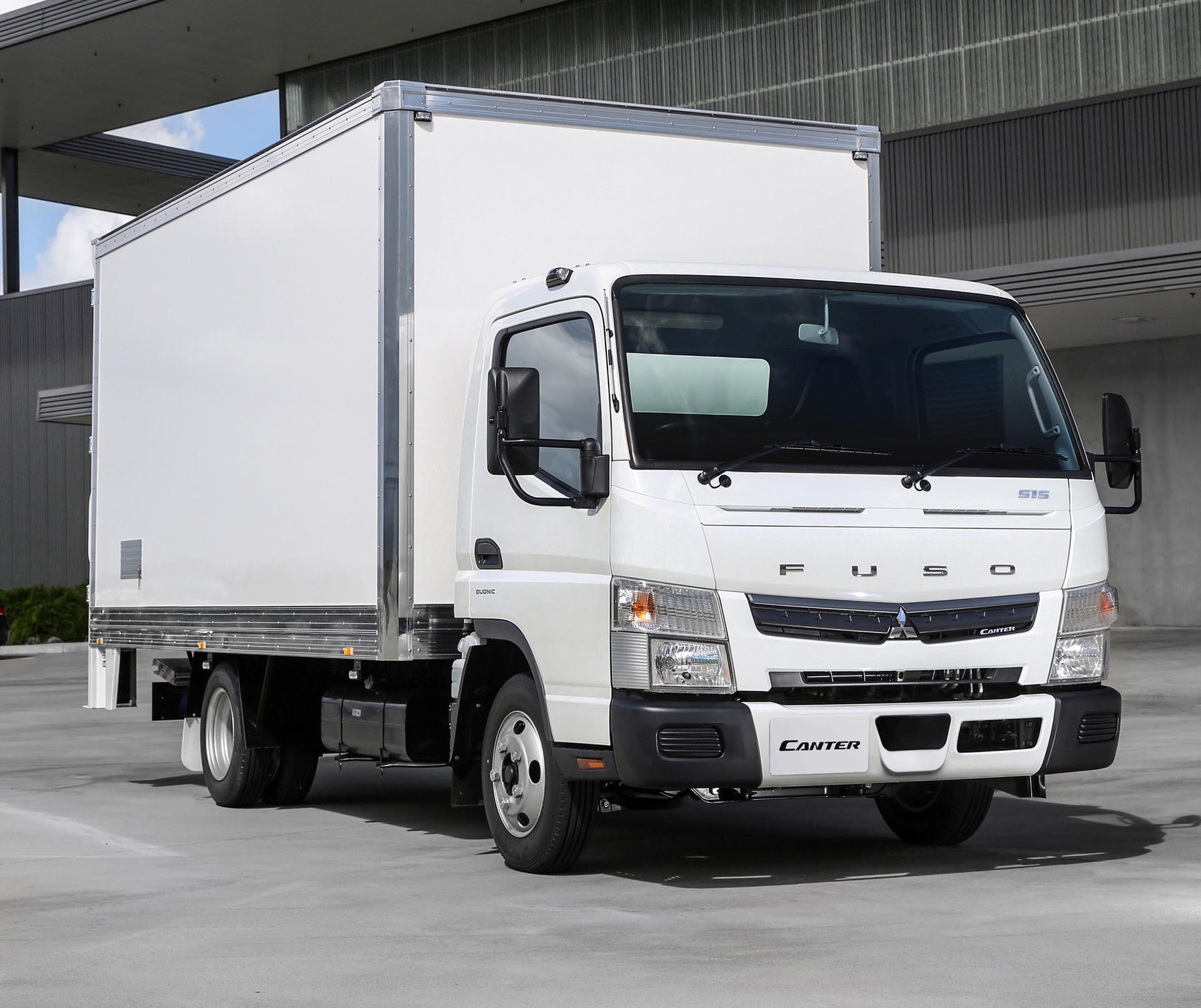 No other light truck manufacturer currently offers AEB in Australia and the important safety feature is not even available on some of the best-selling utes on-sale locally. The light truck segment is the highest volume class in the Australian truck market and the Canter 515 is the best-selling model, according to Truck Industry Council data.

As part of the safety upgrade AEB, Lane Departure Warning and Electronic Stability Control will be standard on all Canter models, except for the off-road FG 4×4.

Other standard safety features for Canter include dual airbags and a reversing camera, while most cabs are ECE-R29 certified.

AEB helps to avoid or mitigate collisions with other vehicles by using a radar to monitor the road ahead. When the radar detects and imminent collision, the system initially sounds a warning before initiating 50 per cent braking force if there is no input from the driver. If required, it will then initiate 100 per cent braking force. The driver can override the system by pressing the accelerator.

The Fuso system can even initiate a warning and partial braking when it detects moving pedestrians.

The Lane Departure Warning system reduces the risk of accidents by using a camera behind the windscreen which can detect lane markings and trigger an alert if the truck crosses them without the indicator engaged.

Fuso Truck and Bus Director, Justin Whitford, says the company is excited to introduce the new safety technology for the popular Canter model.

“Most small trucks do their work in the urban environment, so technology such as AEB, which can detect vehicles and pedestrians, is of utmost importance in this segment,” Mr Whitford says.

“We didn’t want to make this an option that costs extra, we wanted as many people to benefit from this technology as possible.”

The upgraded Canter will make its first public appearance at The Brisbane Truck Show, to be held at the Brisbane Convention and Exhibition Centre from May 16 to 19.

Fuso will also offer AEB, among other safety features, with a new-generation heavy duty model that is due to be introduced later this year.

The Fuso Canter line-up ranges from a 3510kg Gross Vehicle Mass (GVM) entry-level model that can be driven on a car-licence, through to an 8550kg GVM model. Customers can take advantage of a Built Ready program that offers ready to work trucks with everything from trays to fridge bodies and tippers that cater for wide range of workers.

The addition of the new standard safety features is just one of many measures Fuso has taken to make the Canter even more of an appealing ownership proposition, including the introduction of a manufacturer warranty that covers the truck for up five years or 200,000km, whichever comes first.