The dawn light north west of Townsville at sunrise has a surreal golden softness, and while the tourists who flock to the town were busy watching the first glimmers of the sun slowly climb out of the ocean to the east, Mick Lenton tossed a bag of clothes into his Western Star 6900 and turned the key. 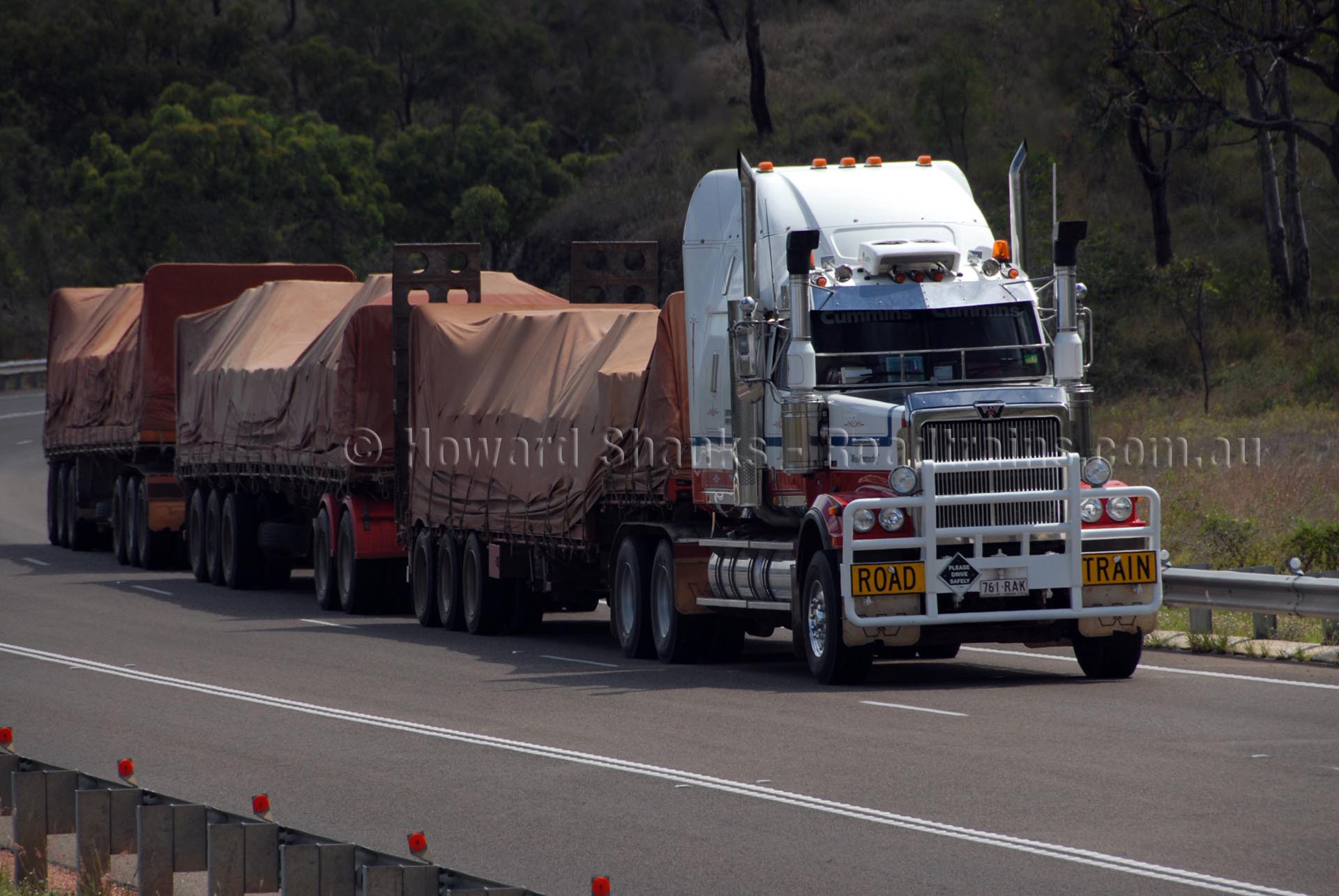 This is the first leg Mick and his 6900 Western Star would make into the Wild West corner of the state to deliver three trailers of lick blocks to Dalgonally Station north of Julia Creek, this week.

In the dry season the bulldust is knee deep. In the wet season that bulldust turns a soupy mud and makes travelling through the black soil country virtually impossible. For many trucking companies the end of the wet can be likened to playing “Russian Roulette”, you take the risk you’ll get there and back without getting stuck or stay at home…

Even though the wet season was officially over, the humidity was still stifling.

In the cabin of Mick Lenton’s Western Star 6900 the air conditioner made the environment extremely pleasant, compared the hot sticky conditions outside. 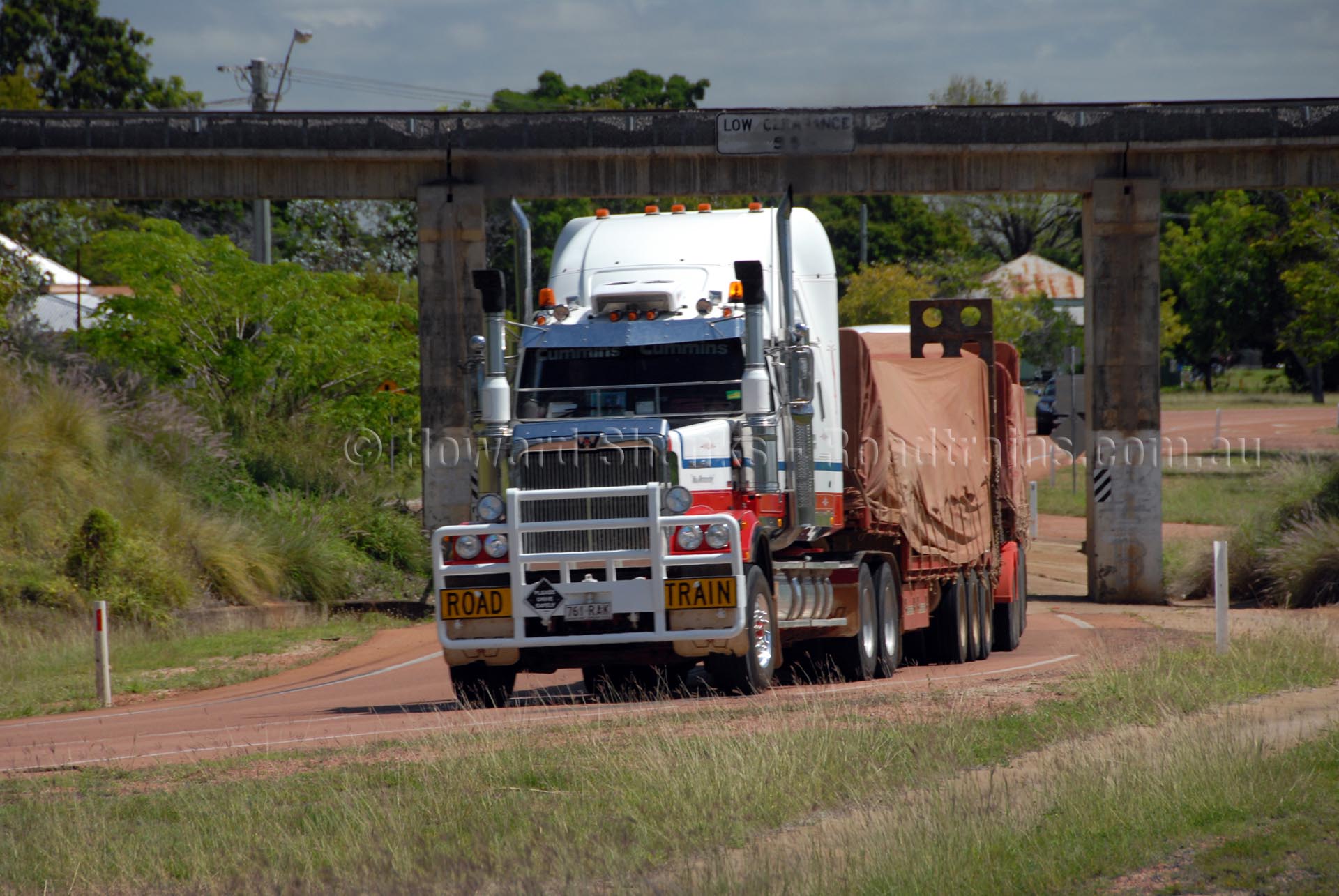 Mick’s plan was to make it to Julia Creek by nightfall and camp there at a mates place for the night. Then head out just before sunrise the next day, to unload in the cool of the morning. Temperatures north of Julia Creek from mid morning onwards can average between 40 to 45 degrees Celsius, which is damn hot by anyone’s measure.

Even so, out here in the North West, where the roads are often unfenced, travelling at night or in the early hours of the morning can pose a real problem with wandering stock, kangaroos, camels and horses all posing potential hazards.

This 6900 Western Star is Mick’s second. His original 6900 is still running strong and notched up over one and half million kilometres, and at the time of writing this new one had clocked over a little over 50,000 kilometers. Mick reckons this new Western Star 6900 is by far the best truck he’s ever driven and really well suited to this type of work. The large radiator and the raised cabin mean that cooling the engine isn’t an issue and that was one his biggest concerns.

He can recall times, not so long back when he was forced to drop down two or even three gears simply to allow the engine to cool. 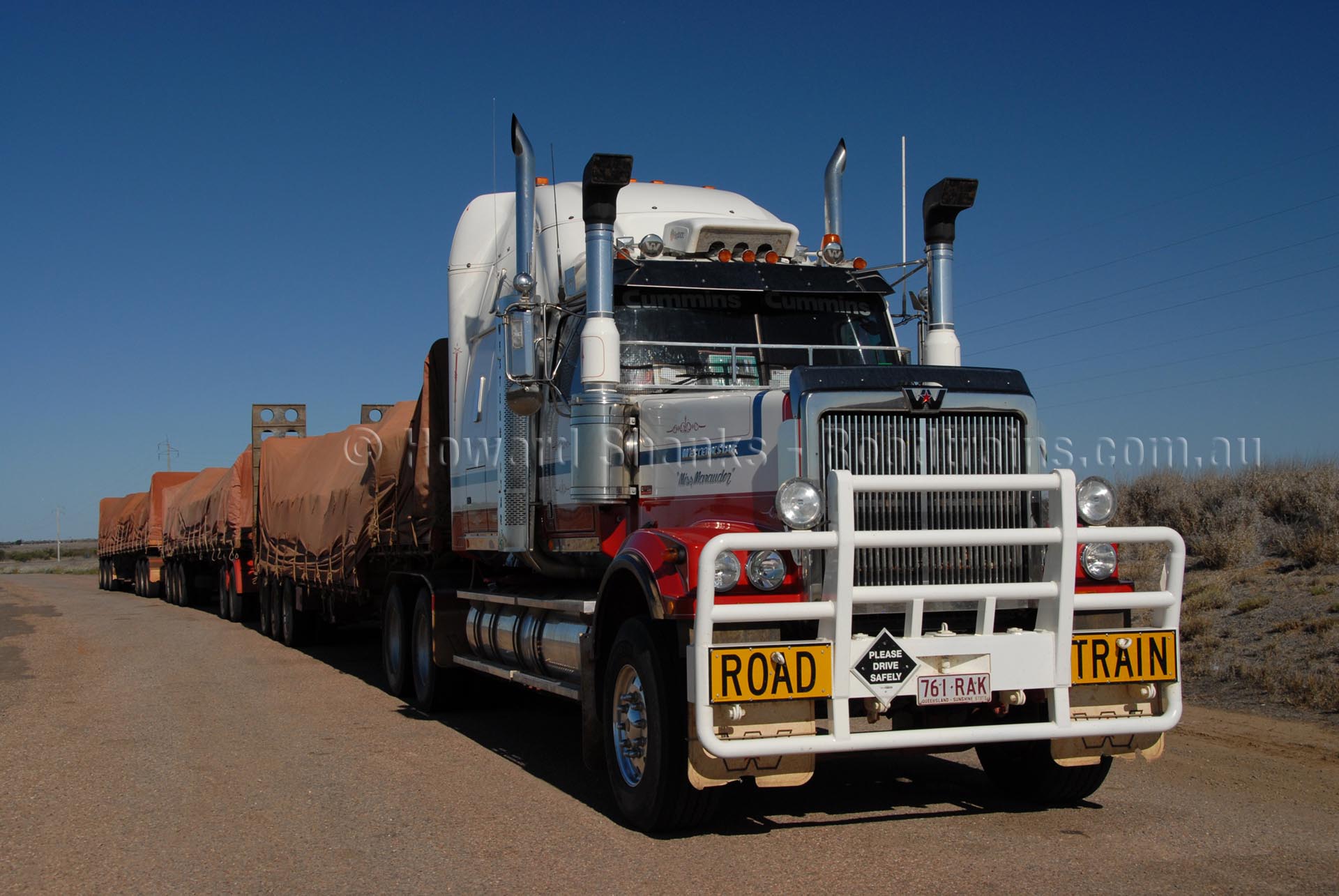 Mick cites the build quality of the Western Star’s 6900 as a pivotal part in the longevity and reliability he has enjoyed from this truck. He also adds that the heavy duty spec of the big 6900 is the other key this success. From a specification point, Mick’s 6900 is powered by a 620 horsepower Cummins coupled through an Eaton Fuller 15½” Easy Pedal VCT dampened ceramic two plate clutch, to a Roadranger 18 speed manual with oil pump & Hayden Cooler.  The rear end is made up of a pair of Meritor RT-52-185G axles mounted on Neway AD252 air-suspension with a 52,000lb capacity. 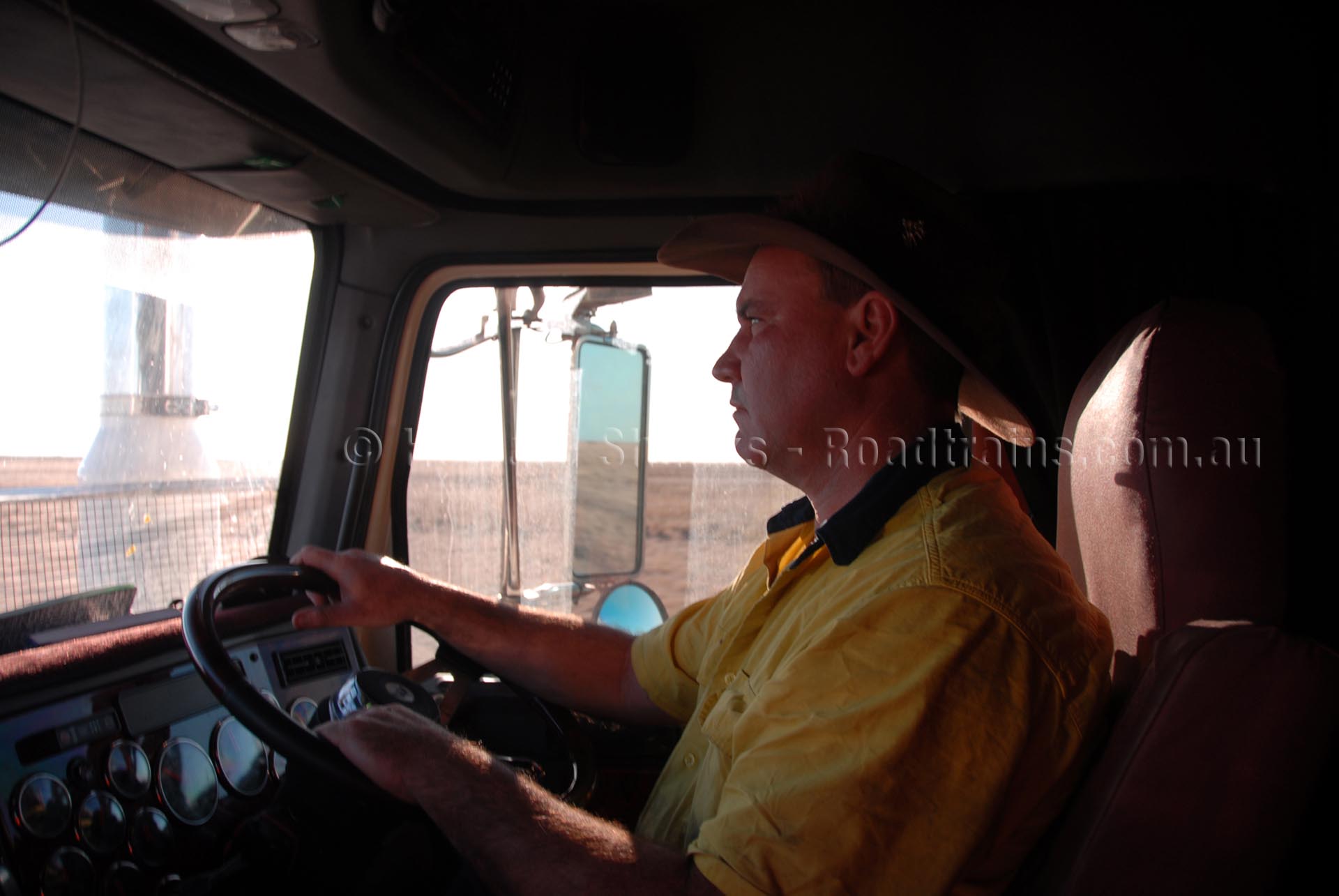 These heavy duty 6900 Western Stars are built tough for these harsh conditions and come standard with two CR Turbo 2000 air dryers with heaters and a Cummins 37.4 CFM twin cylinder compressor.

Dual 330mm (13”) external stainless steel Donaldson air cleaners with water resistant elements, and 152mm (6”) diameter raised ducting, and intakes feed the Cummins plenty of air. Meantime a 1570 square inch, heavy-duty copper/brass radiator core keeps it cool even on the hottest days, as mick had pointed out earlier.  Up here in the top of the Australia continent where the average temperature is around 40 plus degrees, and with gross combination mass around 120 tonne, being able to maintain an average of 90 kph all day is testament enough that Western Star have really got the cooling right with this big beast of burden.

Mick reckons that the Signature engine in his truck far better than the early models and he’s more than happy with the performance, and so far it hadn’t missed a beat.

In terms of drivability the package of smooth ride from the wide cabin of 6900 Western Star Constellation, the power of the Cummins engine under hood and rugged durability of the truck’s construction make it an all round versatile unit. 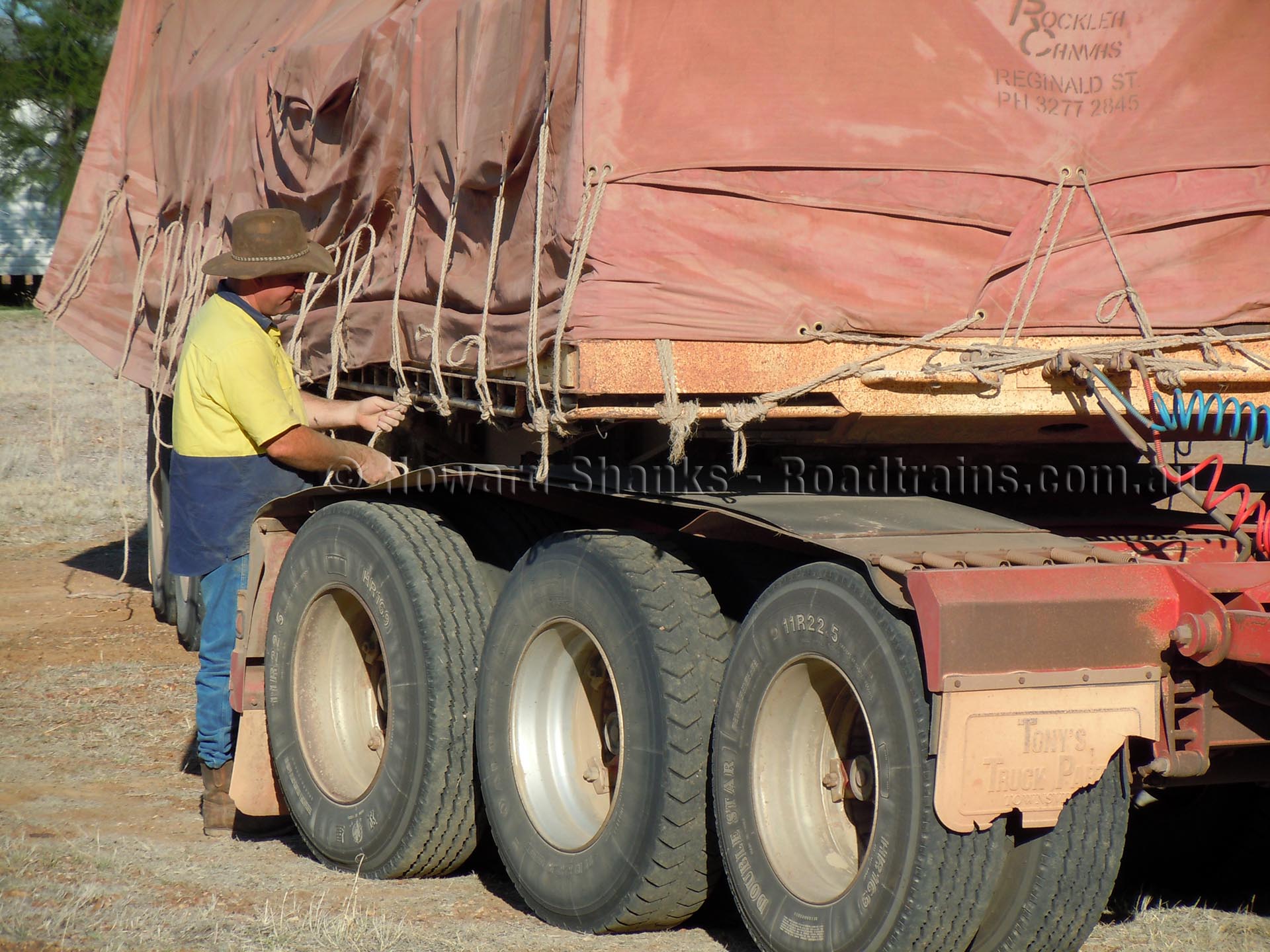 “It is a really well put together truck,” Mick volunteered. “I’ve been really impressed with it’s overall performance and so far I haven’t had any problems with any of it including the engine, which I cannot fault either.”

The ride inside the 6900 Western Star was exceptional. Mick added the handling of this truck is by far the best he’s ever had. Observing his steady hand on the wheel from the rider’s seat and the seemingly effortless ease Mick guided the Constellation along the rugged outback track it’s road manners were equally as impressive.

The big Statosphere sleeper bunk is also another feature Mick reckons Western Star have done well. “There’s plenty of room to stretch out when you sleep and storage for all the gear you need to carry,” Mick explained. “See we might be away from home for a week or even three depending where we are working. 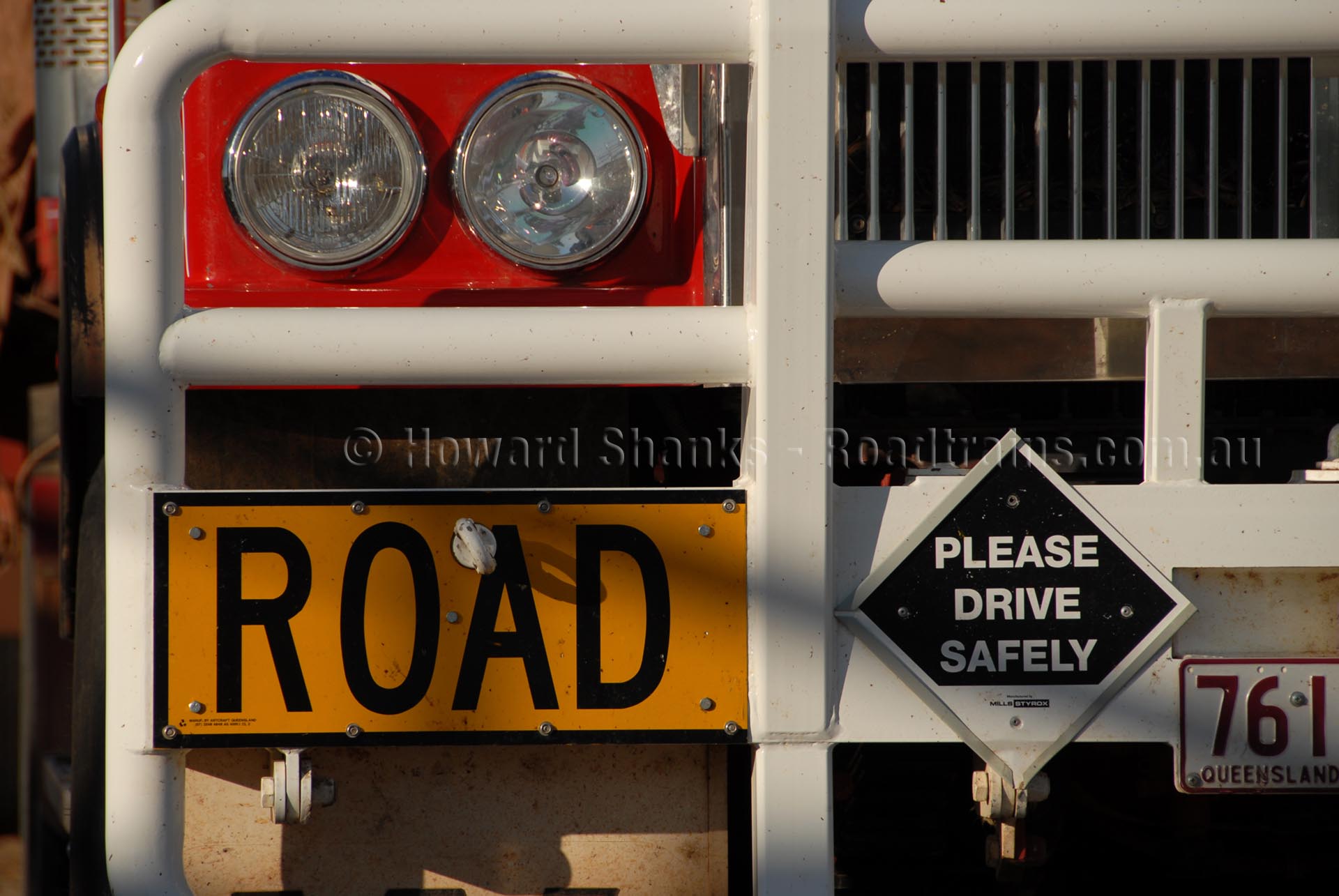 Mick specifies Freighter trailers and dollies for his operation because of their durability and low tare weight. His latest Freighter trailer is a drop-deck, which is the lead trailer in this roadtrain and his dog trailer the Freighter Outback series. Mick cites this drop-deck trailer as real versatile trailer, capable of carrying anything from machinery, silage bales to palletised freight. He added that the it can also be used as single trailer or as a tag in a B-Double configuration.

Mick specked it with the optional hydraulic ramps together with the beaver tail rear end which allows machinery to driven on to the trailer easily. Other options Mick chose were the dual toolboxes and aluminium water tank on the left hand side. 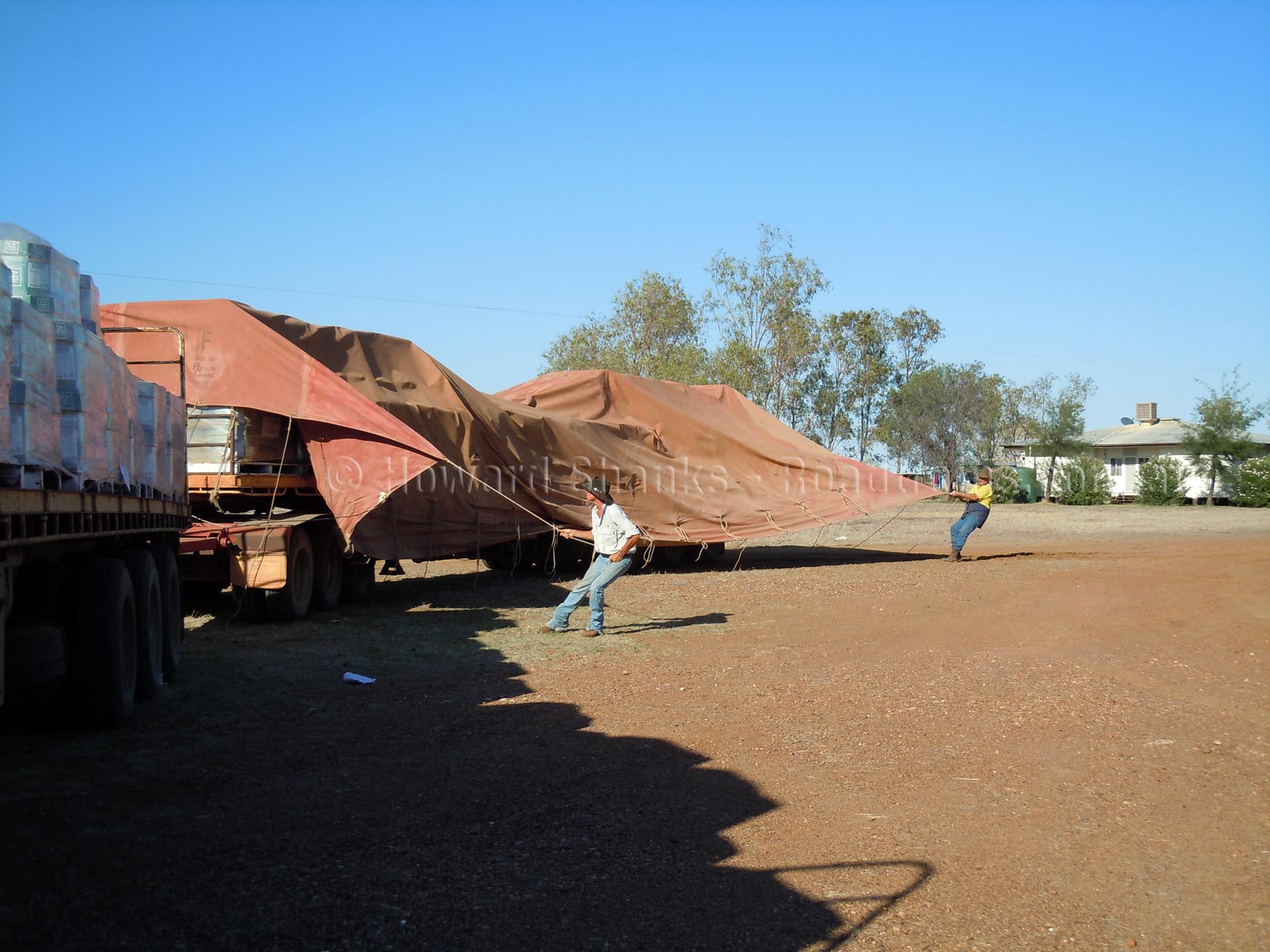 Standard features of the Freighter Outback trailers include massive main-rails coupled with more cross-members that provide its core strength along with heavy-duty coaming rails that are 25 percent deeper than standard rails.

These Freighter outback trailers also boast the rugged freighter VE50 heavy-duty spring suspension designed specifically for outback road conditions. The wiring on these trailers is a beefed up to withstand the rigours of road train work too and LED lights finish of the electrics.

Mick explained some of the features he likes about his Freighter dollies, citing their uncomplicated robust design with the sandwich plate chassis that really lasts in the harsh Queensland outback.

The brochure claims the sandwich plate construction to be 30 percent stronger than RHS with no tare weight penalty.

Mick added that the angled drawbar design stops products and road debris sitting and building up on the drawbar.

“When you consider that you can sit on 90 to 100 kph up and down hills all day long with 120 tonne on the back and the fact that these trailers are like giant kites, that is pretty dam good in my book.” 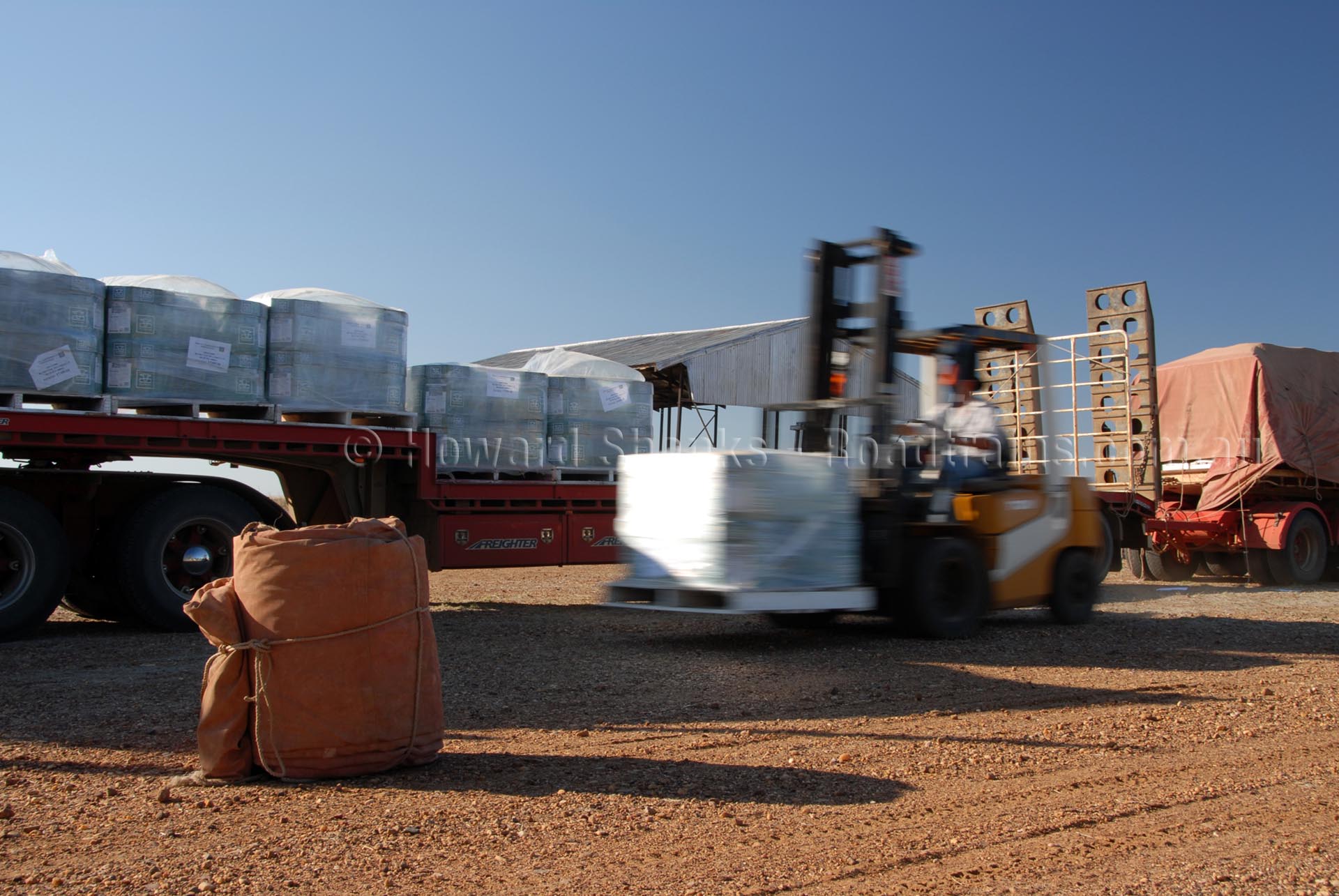 Dolly pull to rear of chassis