When launched, Iveco’s Powerstar 6700 was initially marketed as ideal for a diversified range of heavy-duty applications. Howard Shanks travelled to Roma in Central Queensland a while back to watch a 6700 cattle haulier strut its stuff. 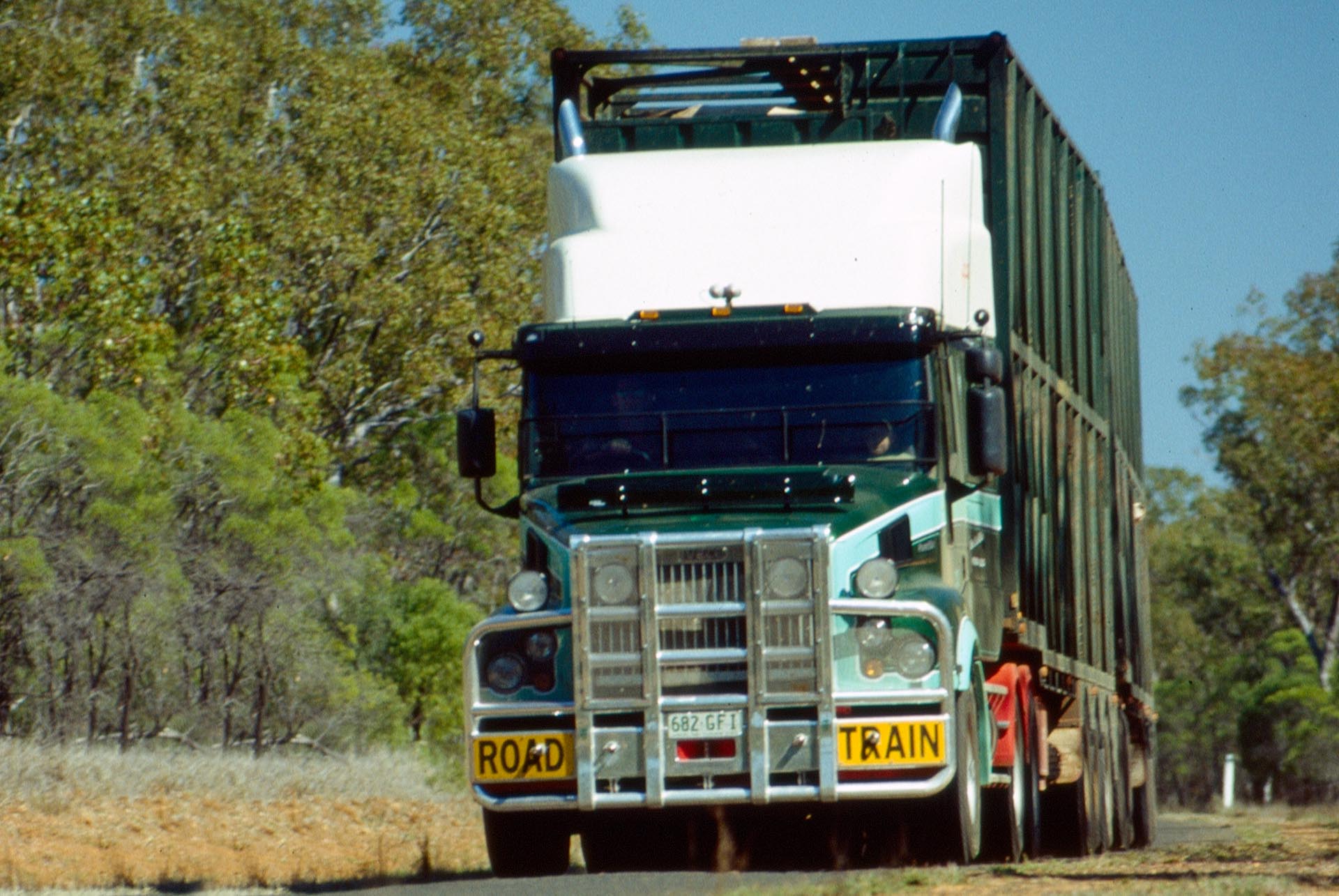 The sun had only just begun to rise; the air was cool and crisp, and the dim light of dawn struggled to make its presence felt around the streetlights marking the length of Roma’s Mitchell Street. Nevertheless, the silhouettes of five trucks waiting in the darkness at Frasers’ depot slowly came into focus as the early hour progressed. Shortly before 6 am, Brett Walker made his way towards his Iveco 6700 PowerStar, one of the five trucks lined up a hard day’s work.

Today’s job entailed heading out to Goldsborough, roughly 60 kilometres further west of Roma, to load four decks of cattle into Brett’s Iveco 6700, then truck them nearly four hours east to a feedlot near Dalby.

Powered by a Cummins engine rated at 520HP, it drives through an Eaton RTLO20918B 18-speed and Meritor RT50-160GP rear axle with cross locks. The rear suspension is a Rockwell AC6S single point steel spring six-rod that, according to Brett, really suits the job.

Glenn Egan, the truck sales consultant for Black Truck Sales of Toowoomba, explained some of the features of Brett’s PowerStar.

“We fitted the larger 1,600 litre/minute compressor purely so that the air volume would build up quickly,” Glenn reported. “The wheelbase on this PowerStar is 5.25 metres, ideal for an application like Brett’s where a larger sized sleeper is required, yet the truck still has the flexibility to pull B-Double stock trailers. In addition, we went for the full length “L” reinforced chassis insert that brings the GVM up to 120 tonnes; essentially, it is triple rated for general freight and more than up to the task of volume loaded livestock in a double road train or B-Double configuration. So it’s a very versatile truck all around.”

“In the first instance, the main reason I went for the Iveco was that they were prepared to give me a good deal on the old truck,” Brett explained. “But there were several other reasons why I finally chose the PowerStar over anything else. 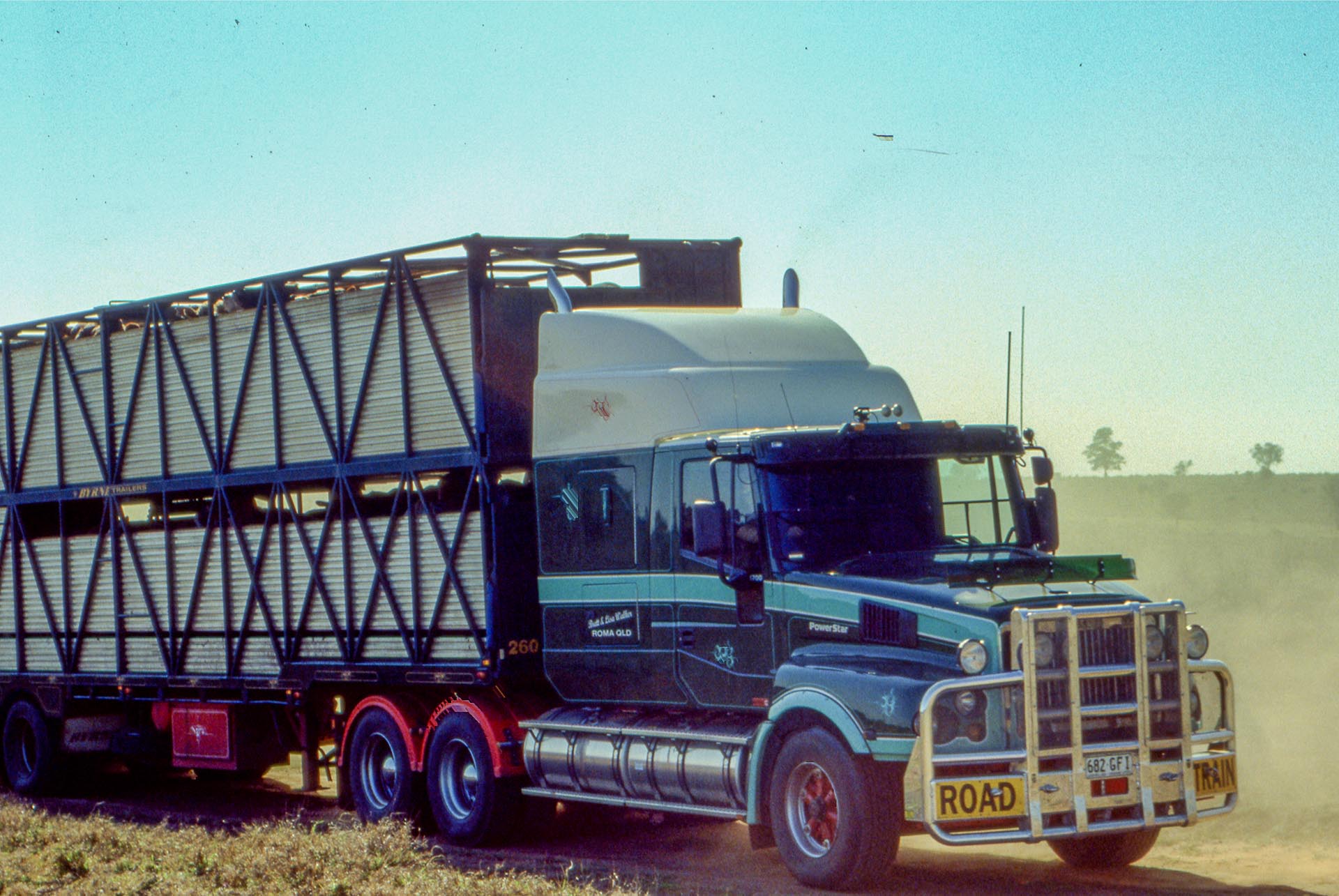 “When I purchased my 6700, the Iveco engineers were still learning about what works and what doesn’t in the road train applications. So the only way they’re (Iveco) going to get the job done properly is if we tell them what is wrong with the trucks,” Brett continued. “Anyone will tell you that the Iveco is a lot cheaper than a Kenworth or Mack and that initial cost is a big factor in purchasing decisions. Sure, it’s cheaper. But, nevertheless, I think the product is equally as good as either a Kenworth or Mack. After all, the running gear is essentially the same. Mind you, they are a beautiful truck to drive – comfortable with plenty of horsepower, and it does my work easily.”

Brett, like most people in business these days, keeps a very close eye on his costs. But, because his operation rarely calls for triple trailers, he found it very hard to justify spending an additional $30 – $40K to have the truck built up to the 140-tonne rating required for triple livestock work.

“I’ve always been a big horsepower man,” Brett admitted. “I think we all are to a certain degree, but when I went to spec this new truck, I decided to use my brains and not get too emotional about the truck; to build a truck that would suit the job and save money. It had to be able to handle both road train and B-Double applications, and this is the result. 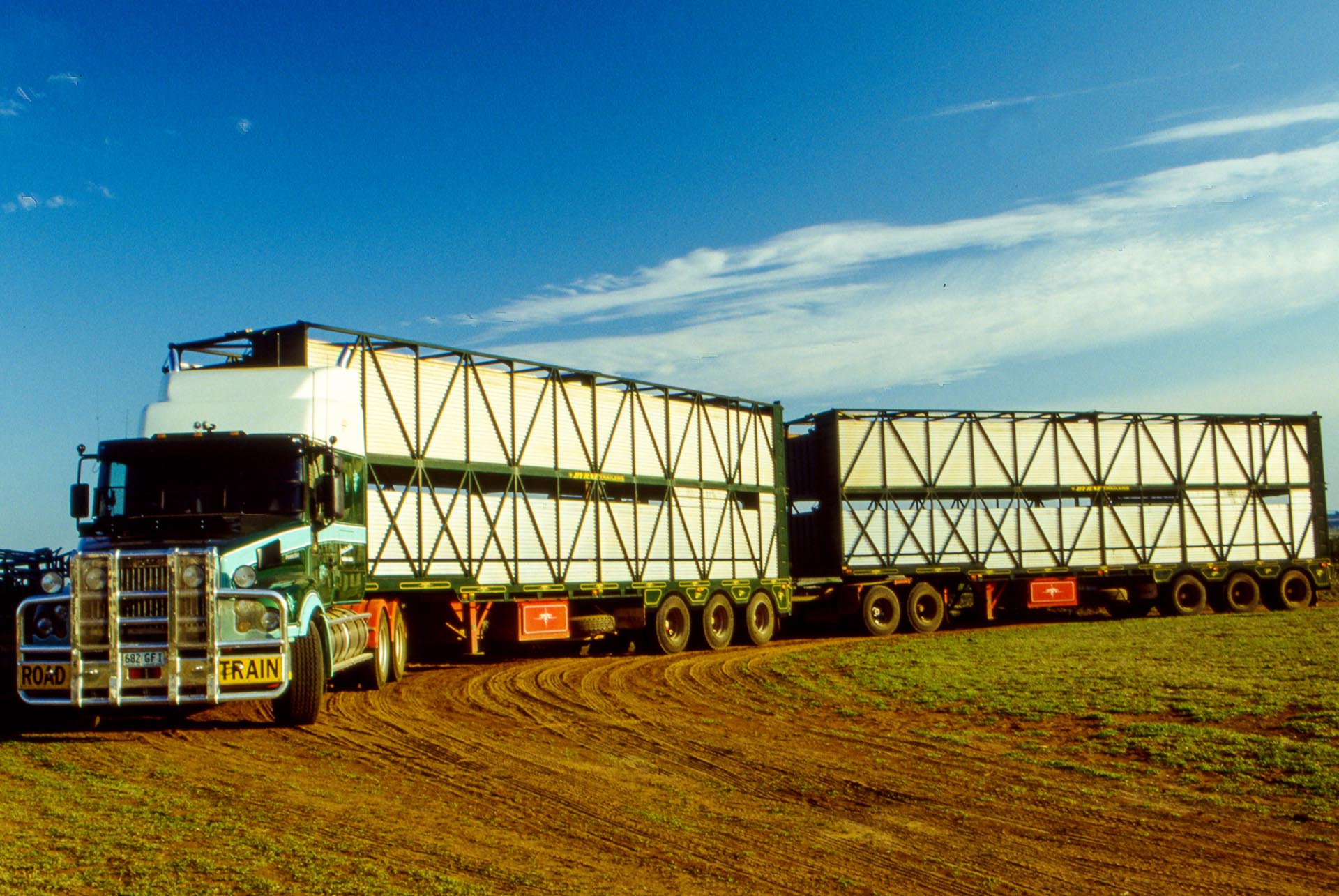 “The fuel economy in this is unbelievable,” Brett happily volunteered. “At the moment, I’m getting 1.6 kilometres to the litre whereas before we worked on a 1:1 basis. I’m just about saving a truck payment a month in better fuel economy when compared to my old truck! It had a K-series engine in it, and it was the most gutless thing I’ve ever driven. Everyone reckoned that they had heaps of horsepower, but they’d never driven that one.”

By this time, dawn’s soft light revealed a pink-hued horizon against the panorama of a deep dark blue sky; Brett wheeled the PowerStar off the Warrego Highway and headed down the single-lane road that leads to the Goldsborough yards. Brett is the only subbie based out of Frasers’ Roma depot. He revealed that when Frasers bought out Lighthouse Transport, a company he’d worked with for over 11 years, he was lucky enough to make a seamless transition and continue working with Frasers.

Brett reckons that Frasers is an excellent company to work for as they’re very professional and keep the most modern equipment available. “Frasers’ main base is in Warwick, although we have depots in Toowoomba, Dalby, Goondiwindi and the one here in Roma,” Brett revealed. “Frasers have five trucks based here.” 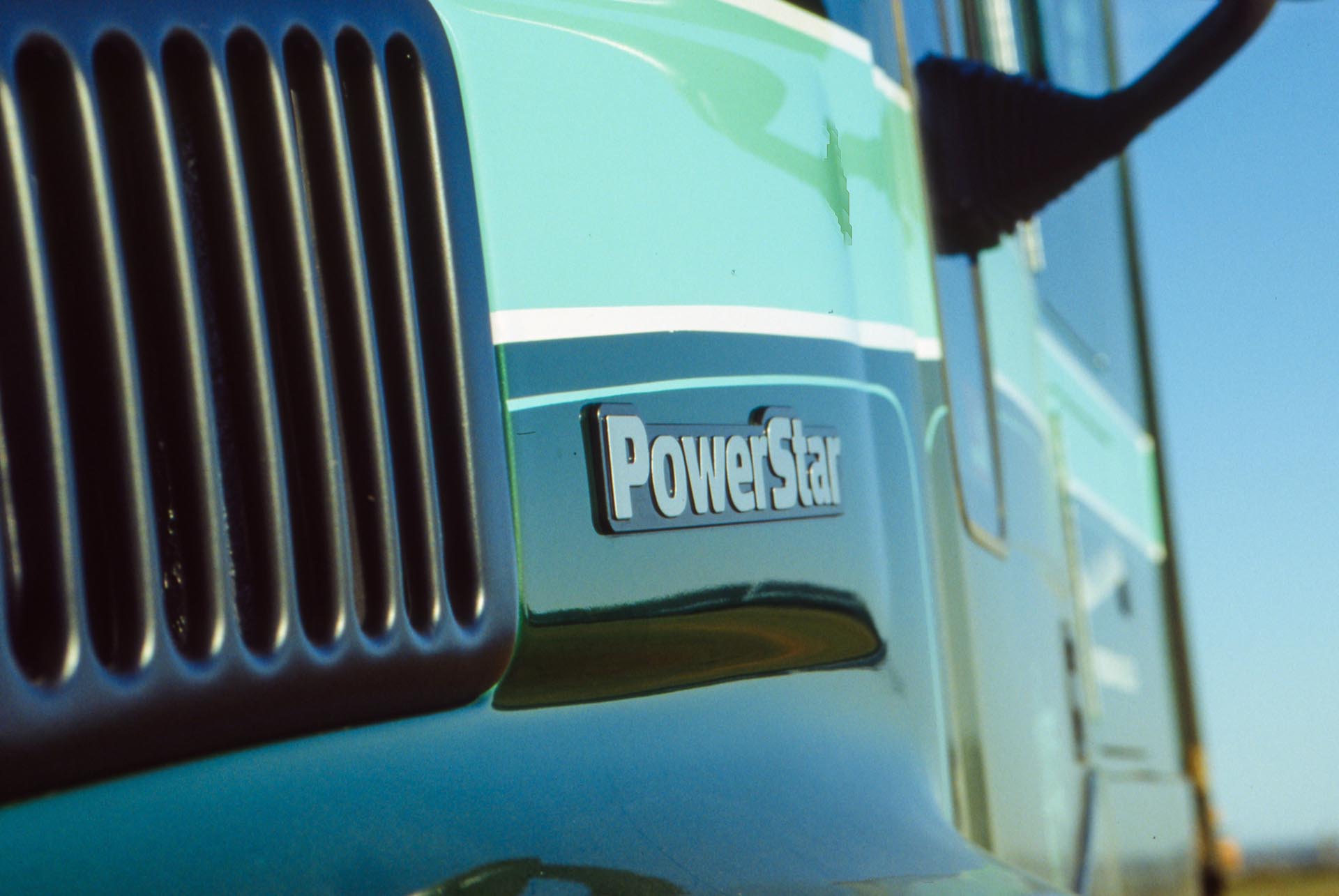 Brett was actually a gun bull-rider in his younger days, although he’s somewhat reluctant to admit it. “Yeah, I did a bit of bull riding a few years ago,” he finally admitted when pushed. “I used to take it pretty seriously for a while and won rides here in Roma and all over the place. Then, when I was hitting it fairly hard, I did a lot of weight lifting and training. I won six bull rides and a saddle ride in a row at one stage, but then I went up to the Territory to live and gave it away. Then I started again and snapped my leg on a bareback horse haven’t been on one since!”

Before long, it was Brett’s turn to load, he pulled beside the ramp, and the cattle ran steadily into the waiting trailers.

When asked if there were any areas of the PowerStar that he felt Iveco needed to address, Brett paused for thought. “They could make washing the windscreen easier and safer,” he replied. “And there’s a squeak in the left-hand side of the cab, but we’ll look into that ourselves because it’ll be something simple. Apart from that, I really can’t think of anything else.” 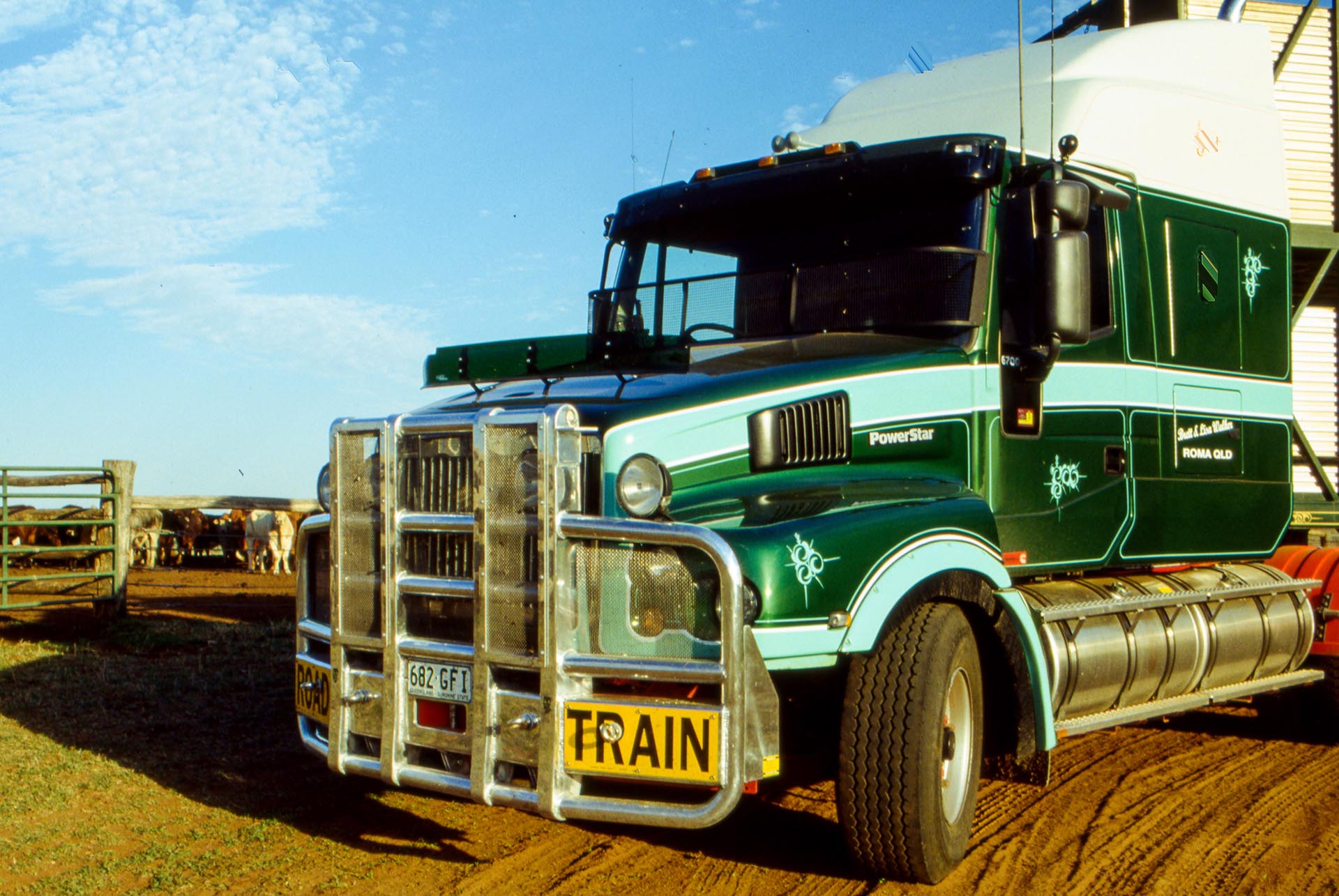 At the other end of the scale, Brett cited the visibility from the PowerStar and its ride and handling as excellent attributes. Even though it’s early days yet, he sees no reason why the Iveco would go down in his esteem.

“Another advantage of the PowerStar is that I can get all my service work done locally in Roma at Mount Machinery,” Brett continued. “That’s of major benefit because I don’t lose time having to take the truck to Toowoomba, or even worse, Brisbane. The other advantage of having the 6700 rather than the longer bonneted 7700 series is that I have a larger bunk, and I think it’s crucial to be able to move around and be comfortable when you stop for rest breaks.”

With the cattle quickly loaded, Brett eased the PowerStar to one side and then returned to help load the other Frasers trucks. After loading was complete, it would be time for a well-earned hot breakfast before heading to the feedlot on the other side of Dalby. 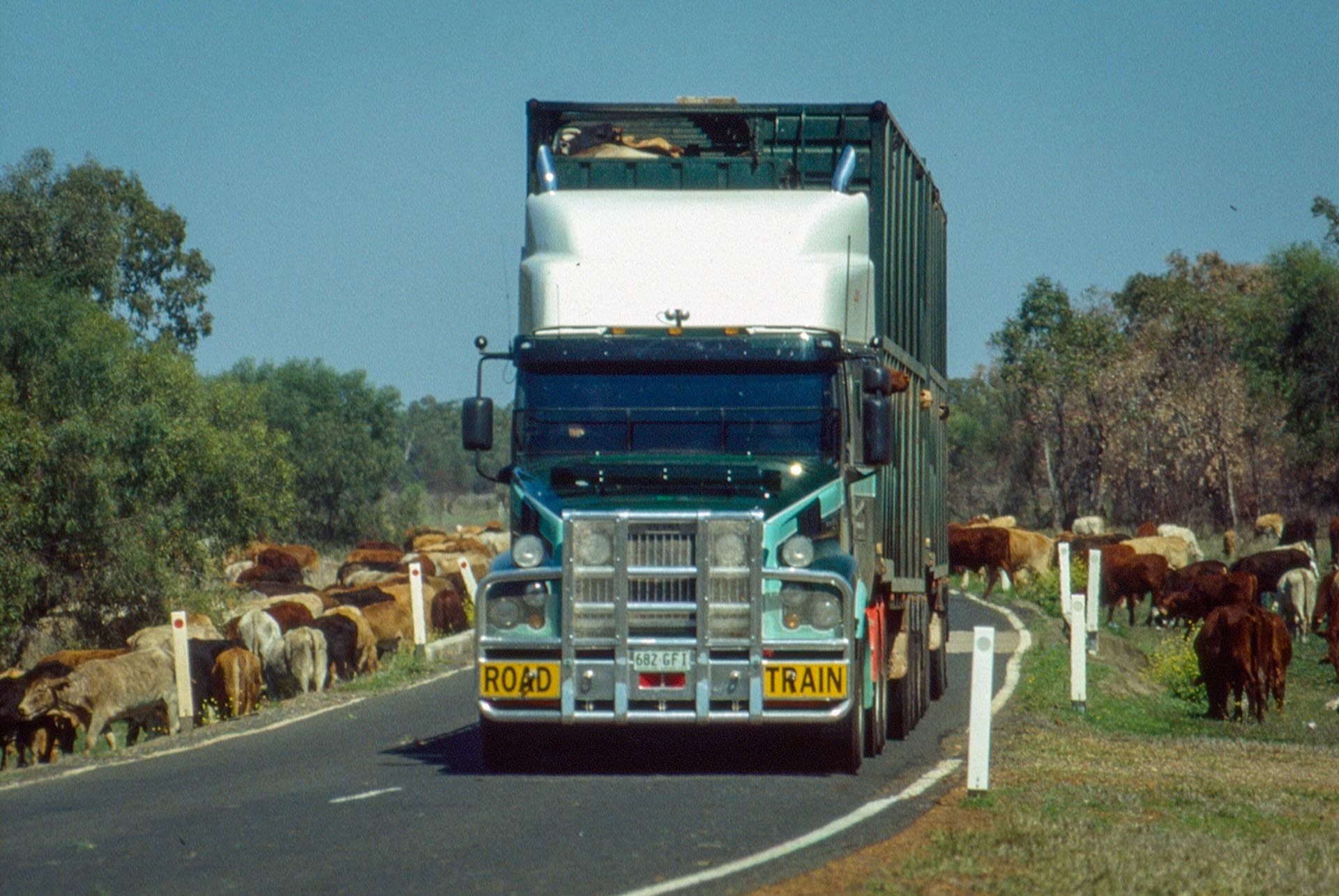 Price-wise, Iveco Powerstars are incredibly affordable. You can pick up a ten-year-old day-cab with approximately 1-million kilometres for as little as $45K. However, if you’re after a later model with a sleeper, then be prepared to pay a little more, with prices ranging from $65 to $100K for five-year-old models.

As we’ve said before, with used equipment, check the condition of the driver’s seat, especially the suspension mechanism. When a truck has around a million kilometres on it, chances are the driver’s seat will need replacing. For example, a new ISRI 6860/870 driver’s seat retails for approximately $4000. Also, check the condition of the steering wheel because they’re another item that often needs replacing, and the genuine wheel retails around $500. And don’t forget to check the vehicle’s service history. 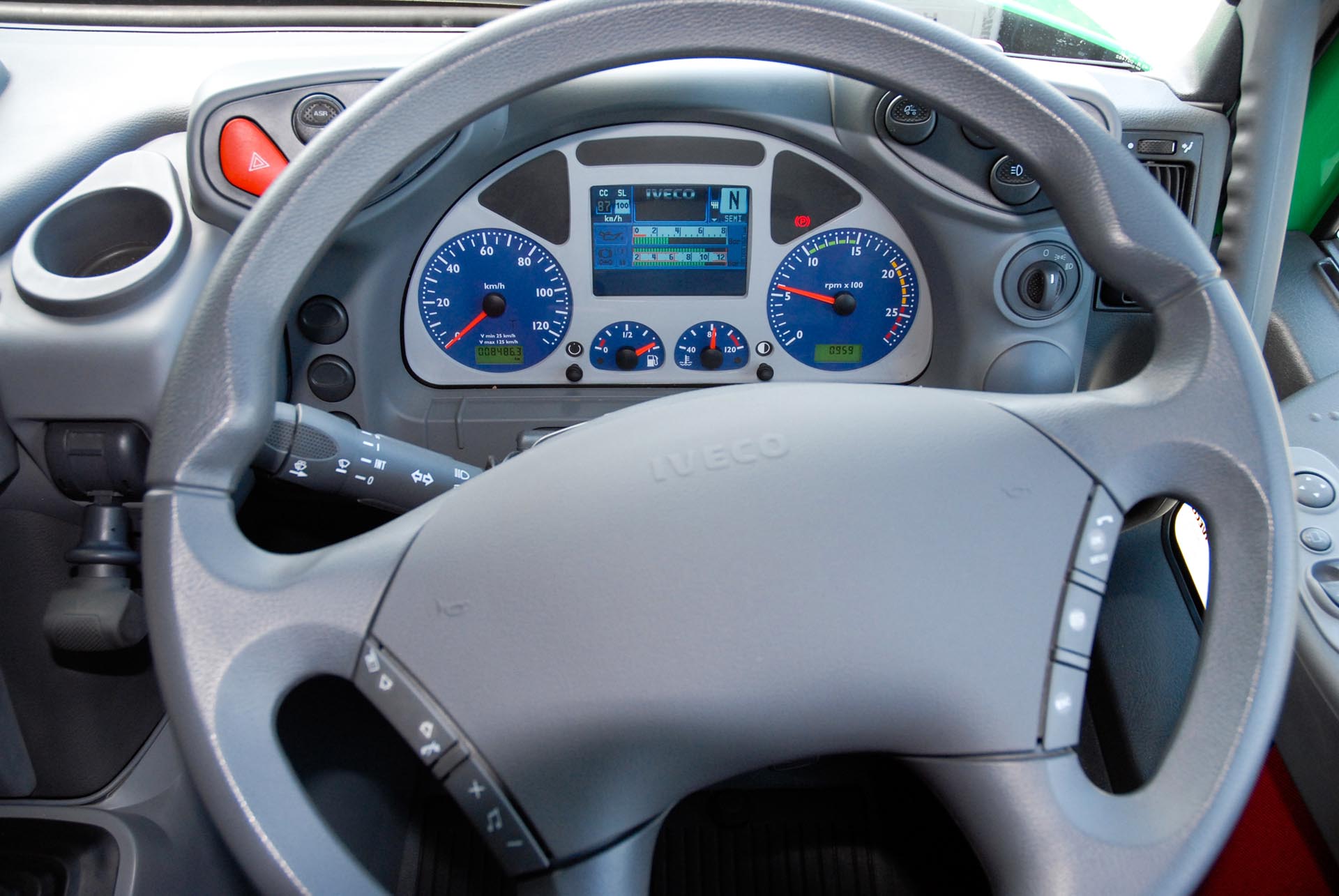