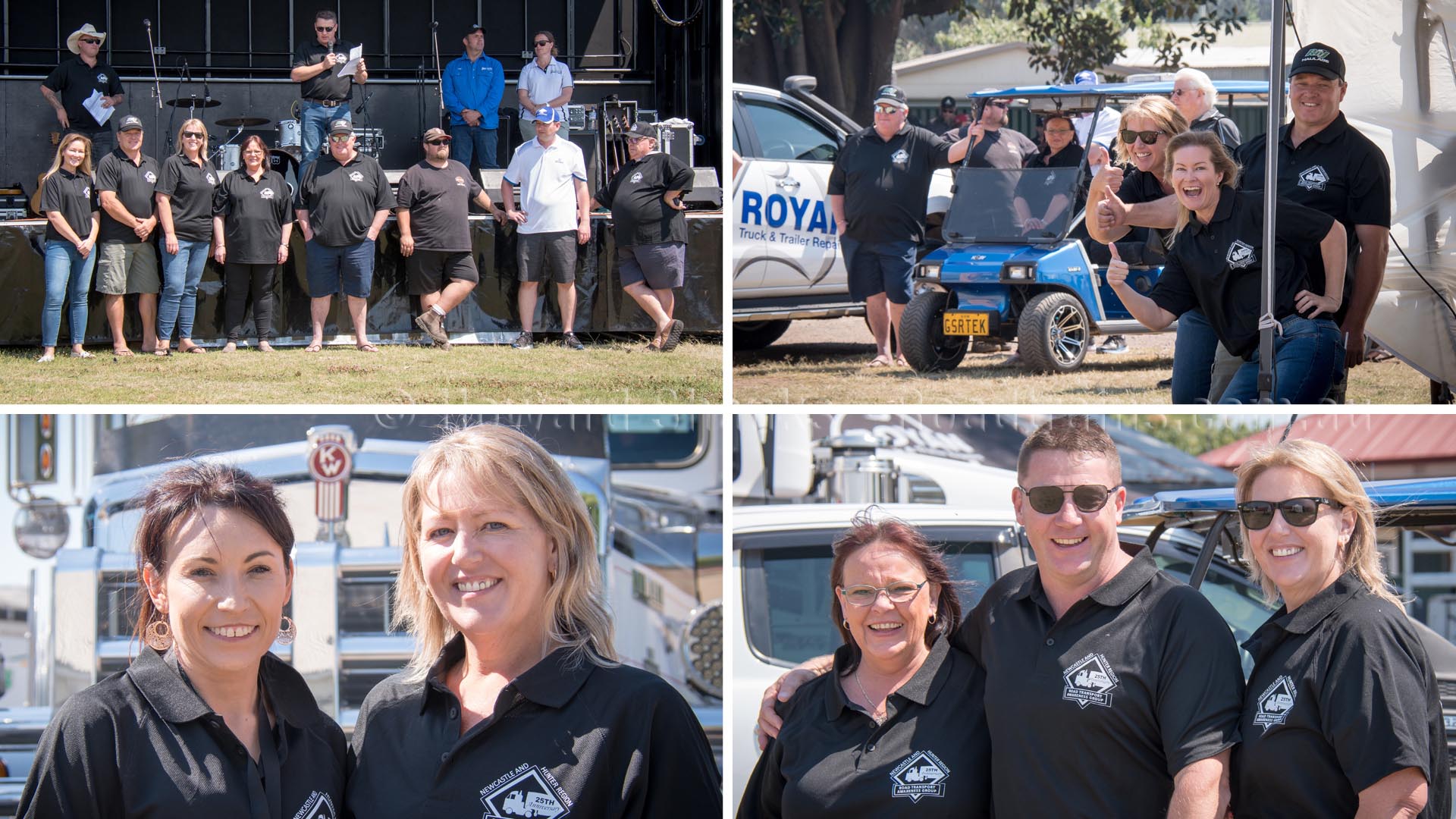 The Transport Awareness Day began in 1994 as a way to educate the local community about the role of the transport and logistics industry. Today this awareness day and truck show is one of the country’s leading truck shows attracting trucks and industry personalities from around the nation, like celebrity Outback Trucker Glenn “Yogi” Kendall and wife Amanda. 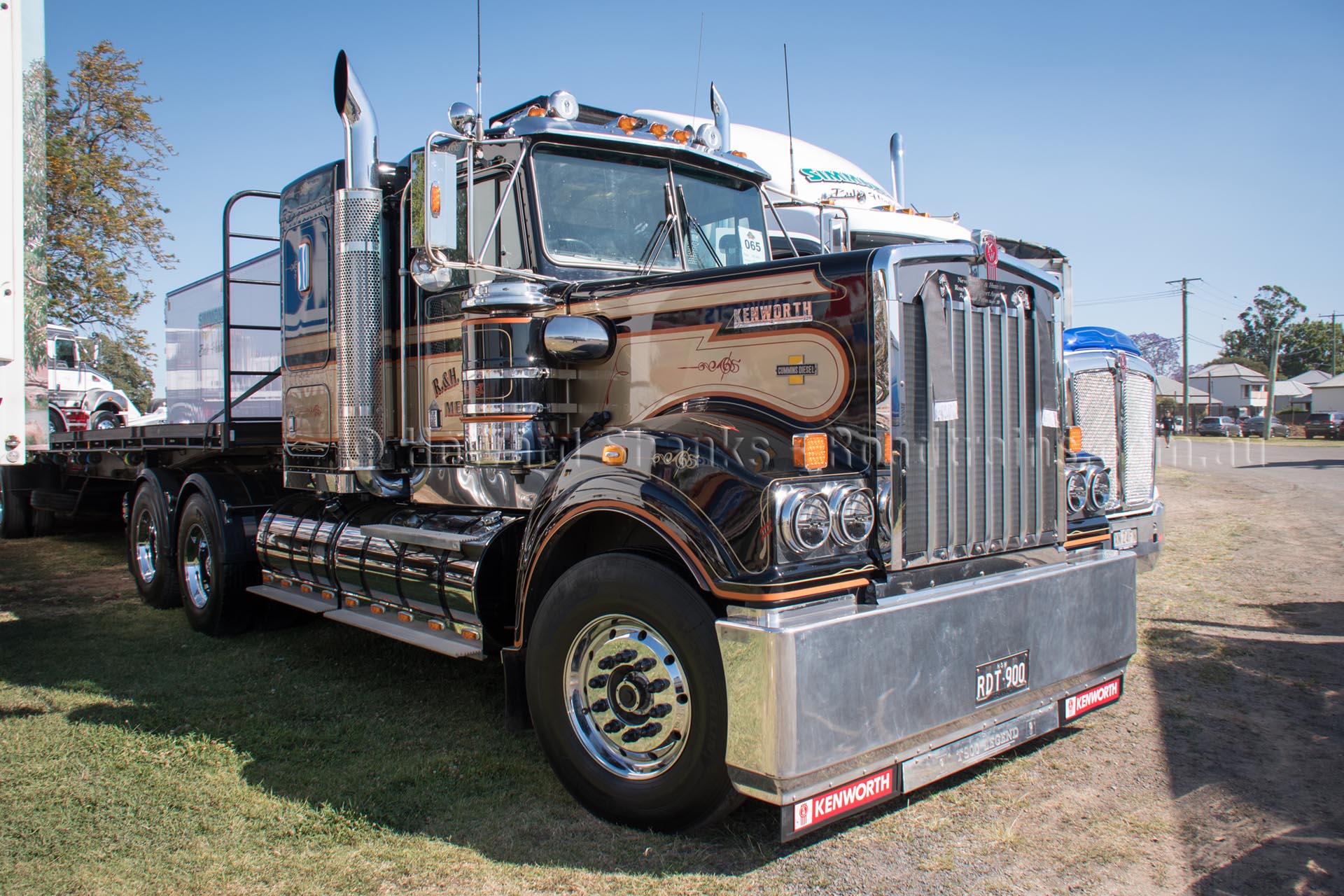 “For more than two decades most of these people have volunteered countless hours to make Newcastle Hunter Transport Awareness Day a leading industry event,” Ray Williams said. Each year this day has helped to promote the transport industry to the public, through fostering a greater understanding and awareness of its role in our community.

“We are grateful to all the transport providers, employees and subcontractors who assemble at the event to learn more about the latest practice, network with peers and promote safe road practices to the public,” Ray continued. “The event presents a unique opportunity for industry employees and employers, regulators and suppliers to interact with the general public in a casual and fun environment.” 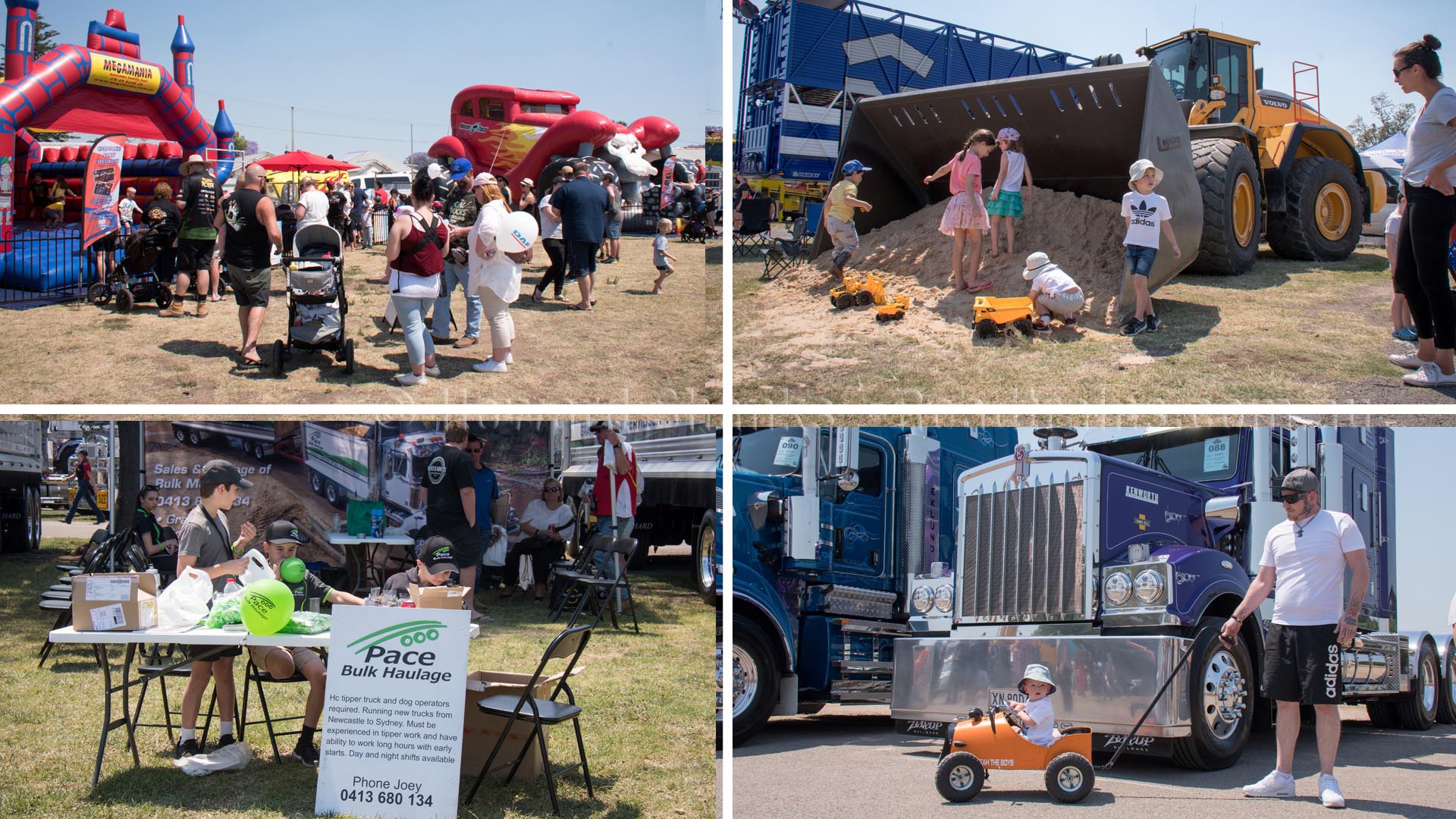 “It is the largest transport industry event outside of Metro Sydney and provides attendees with an improved understanding of the transport industry, and the role we all play a role in keeping our roads safe,” he added.

The proceeds of the day are disturbed between the Westpac Rescue Helicopter Service and Ronald McDonald House Newcastle. 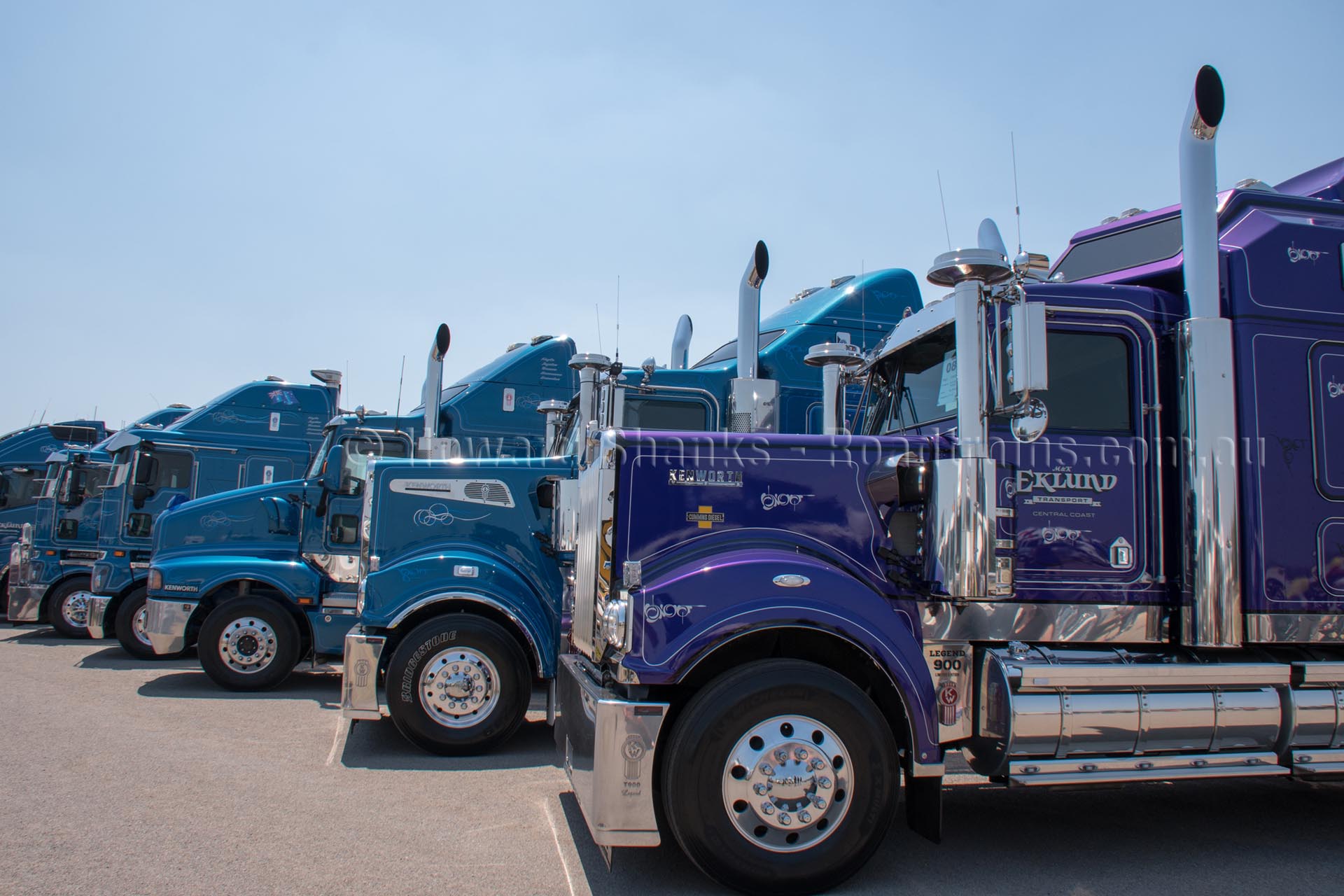 The Community’s Own Westpac Rescue Helicopter Service was established in 1975 as a weekend beach patrol and through community support and fundraising, it became a critical lifesaving service that operates 24 hours per day, 7 days per week from four bases in Belmont, Broadmeadow, Tamworth and Lismore. Today it delivers aeromedical search, rescue and inter-hospital transfers to care for communities throughout Northern NSW and is approaching 1,500 missions per year, with a Doctor and Paramedic onboard every flight. No one has ever had to pay to be assisted by the Service. 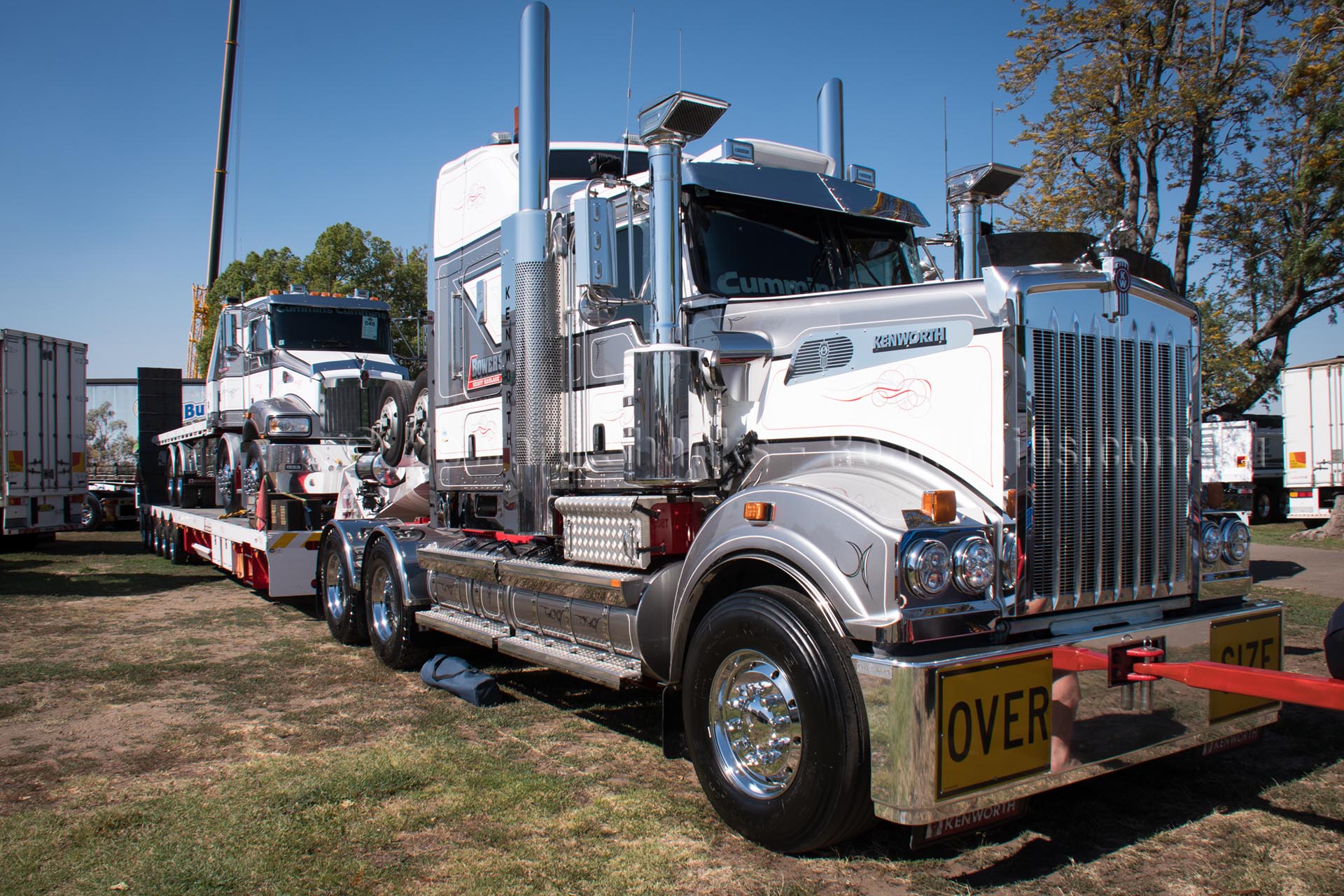 Located in the grounds of John Hunter Children’s Hospital Newcastle, the house helps families overcome the stresses associated with a child’s illness by encouraging supportive interaction with other parents in a comfortable, homelike environment.

The day kicked off early Sunday morning at the Sandgate Market where 200 trucks lined up to take part in the 24-kilometer annual convoy parade to the Maitland Showgrounds. On hand, well before the trucks began lining up, like they have every year since the event’s conception, were the team from O’Neill’s Heavy Haulage who cooked up a BBQ breakfast for all the drivers, like they’ve done every year. 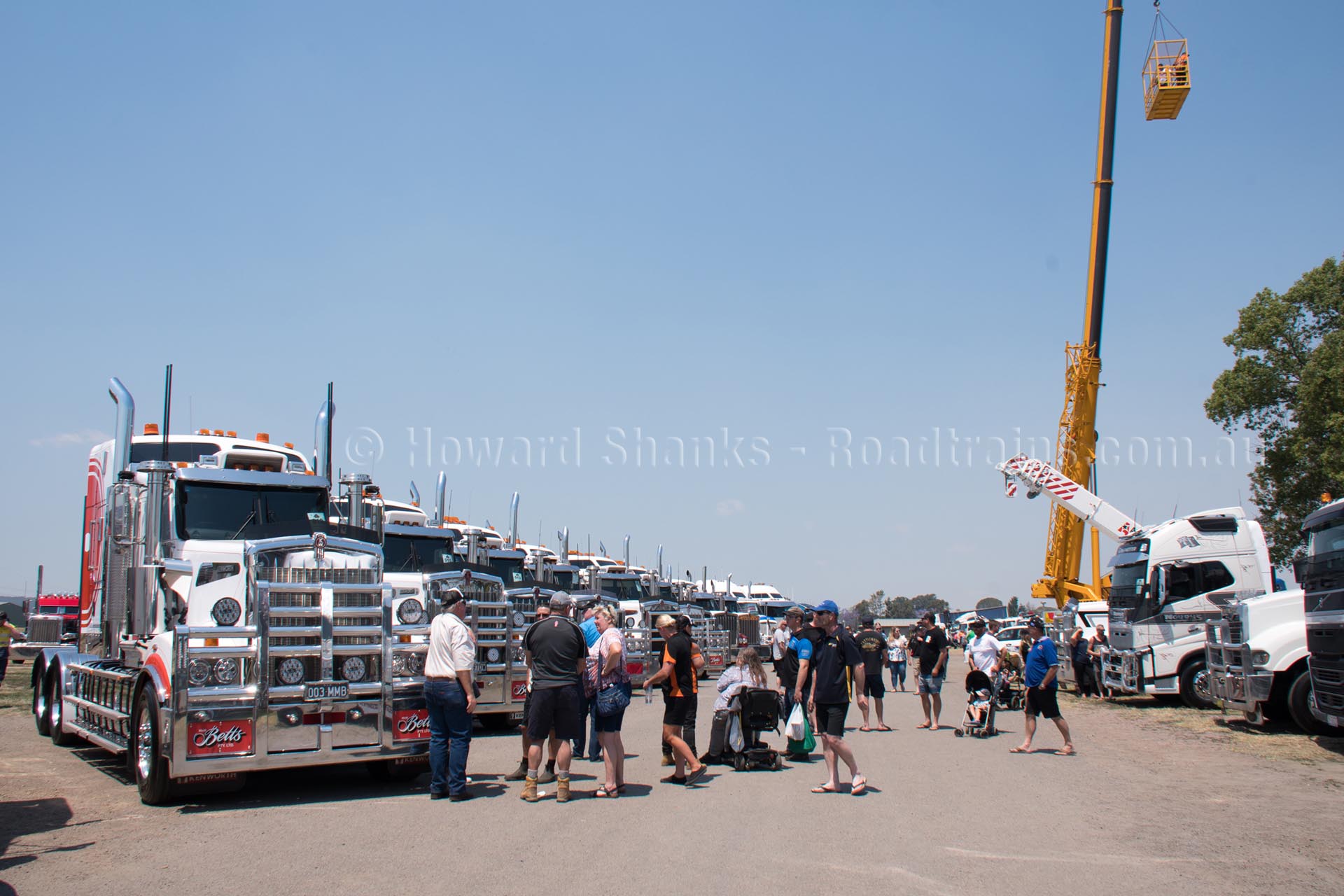 “We’re extremely grateful to O’Neill’s who donate the breakfast, we ask for a gold coin donation as part of our fundraising activities,” Ray said. “Entry to the parade and truck show is $50 per truck and $25 for every additional category the truck driver wishes to enter,” he added. “It’s for a good cause and given the current events we are experiencing nearby these funds will certainly be put to good use straight away.”

Once the convoy arrived at the Maitland showgrounds, the trucks were quickly parked in neat rows and the judges began the massive task of checking over all the entries. Meantime, there were plenty of activities for the kids and large selection food vans and stalls to keep everyone fed.

One of Australia’s biggest country-rock bands, Hurricane Fall, with their two lead vocalists and solid rhythm section, took to the mainstage and belted out some top tunes which kept the crowd entertained. 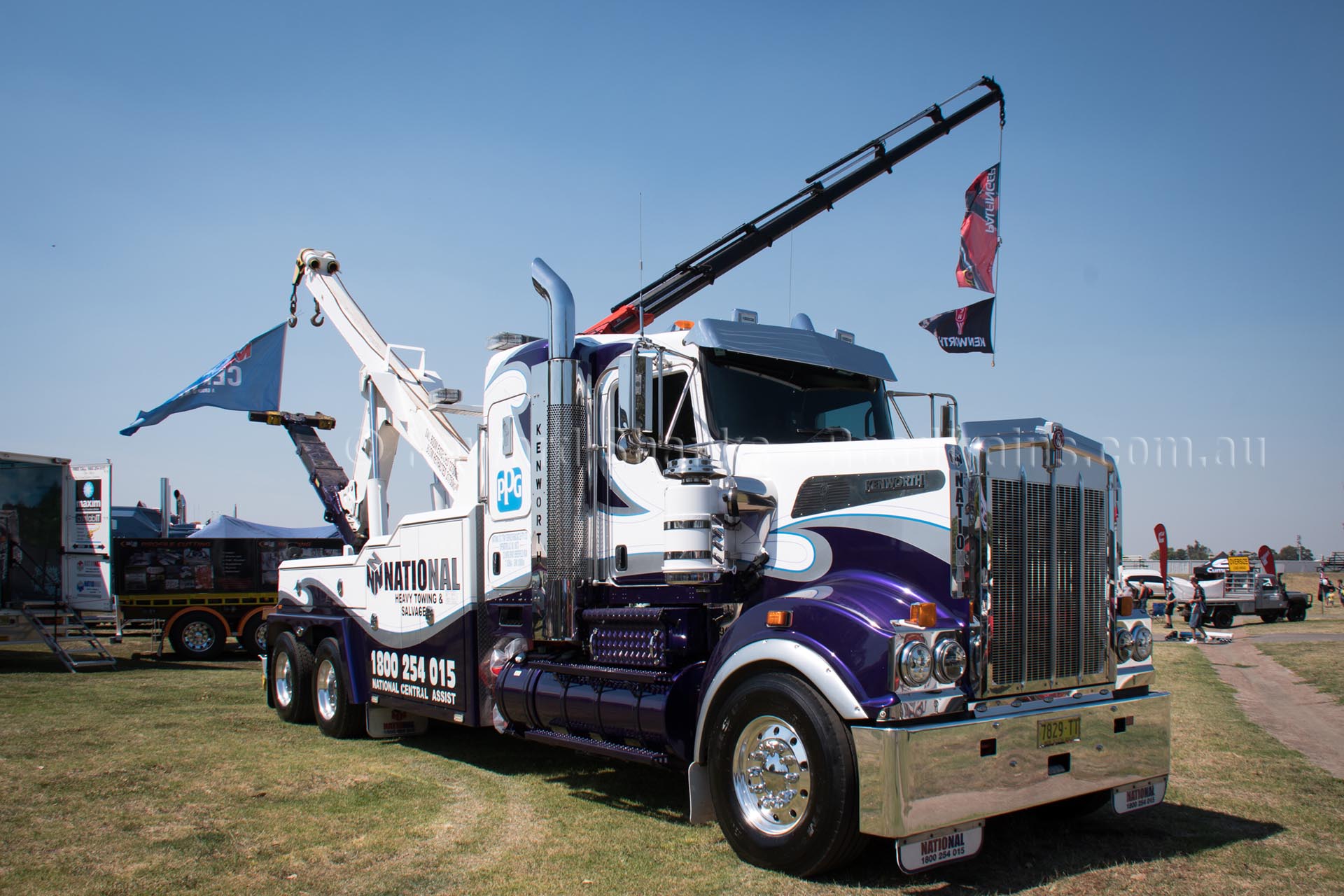 The former Bandag Bullet, now called the “Bullet Burnout Truck” made a guest appearance thanks to owner Laurie Williams from Beerwah. Laurie entertained the crowd every hour or so starting up the big V16GM and putting on fire show.

For the younger readers who have never seen this truck in action, it set the world’s fastest truck record on July 21st, 2005 blasting down the Bundaberg Airport runway at 305.5kph all on the world famous standard issue Bandag cold process retreads and new Bridgestone tyres. This easily eclipses the existing record held by a Swedish manufacturer and set in September 2001 of 155.7 kph over the same distance.

Bandag Marketing Manager, at the time, Mr. Greg Nielsen, said “The Bullet has proved repeatedly that Bandag retreads and Bridgestone premium new tyres are the most reliable truck tyre products available and this is constantly proved by performing burnouts, spins and drag racing events that demand the best of tyres under extreme conditions.”

The Bullet is powered by two V8 92 series engines linked together with two superchargers and four turbochargers which give it 24 litres (1500 cubic inch) capacity. When injected with nitrous oxide the power is boosted to an amazing 2,800 horsepower. The truck weighs in at eight tonnes and has some 5,600 ft/lb of torque on tap. 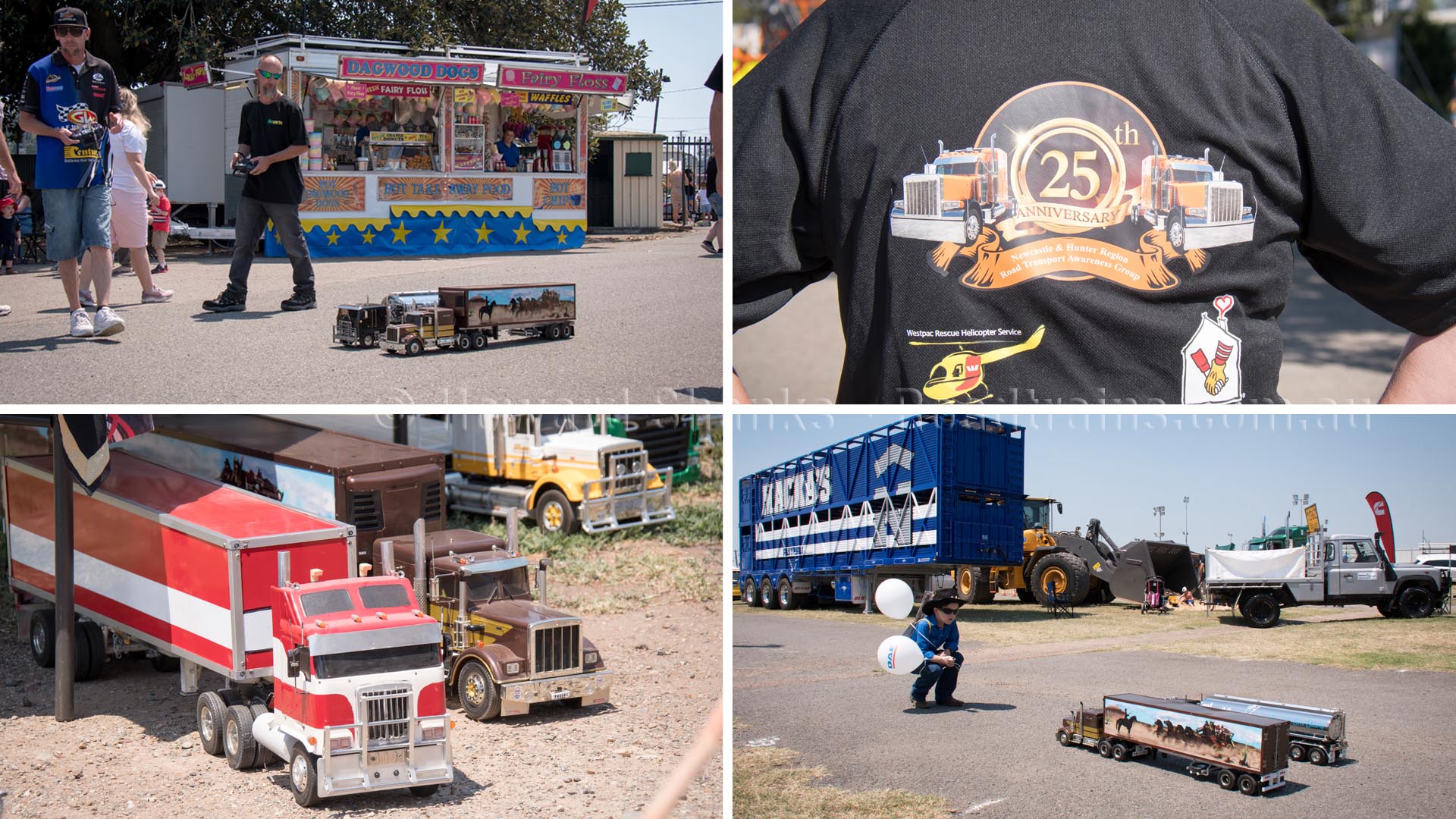 The crew from Firestorm Fire Protection were on hand to demonstrate their Fogmaker water mist protection system. This water mist suppression system has a unique extinguishing performance as it both cools down and chokes the fire, at the same time as the foam additive effectively prevents the fire from reigniting. Firestorm’s Mick Hall lit a small pilot fire in their engine bay simulator, then opened the tap to let diesel flow from a pipe, to simulate a broken injector pipe in an engine bay. He then let the fire burn to approximately 900 degrees before releasing the Fogmaker and the diesel fire was instantly extinguished. Impressive and we’ll write more on how this system works in another article. Needless to say, this fiery display certainly attracted plenty of onlookers on the hour.

While there were plenty of well-deserved trophies handed out at the conclusion of the activities, the big winners of the day were the transport industry and two charities supported by the event. 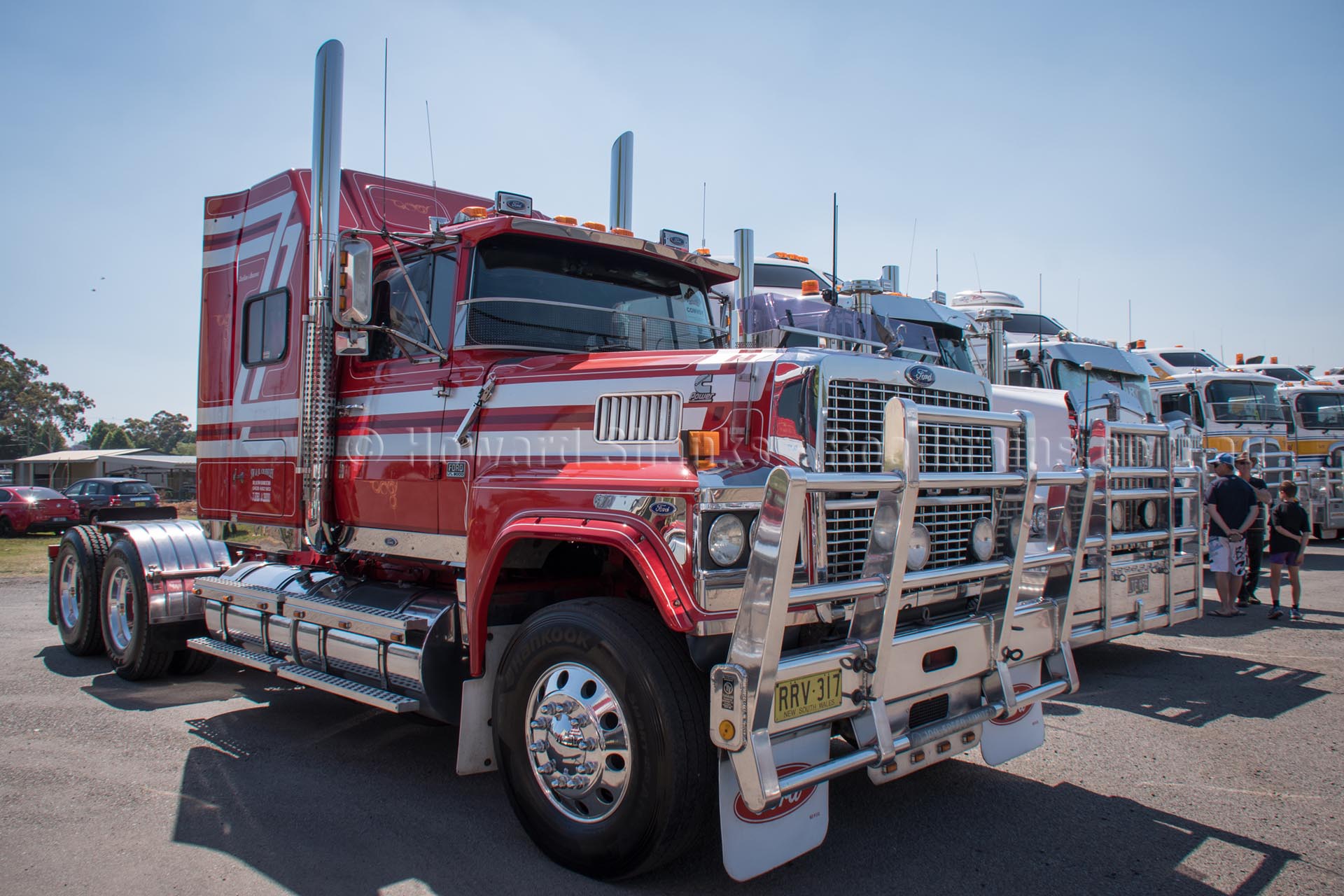