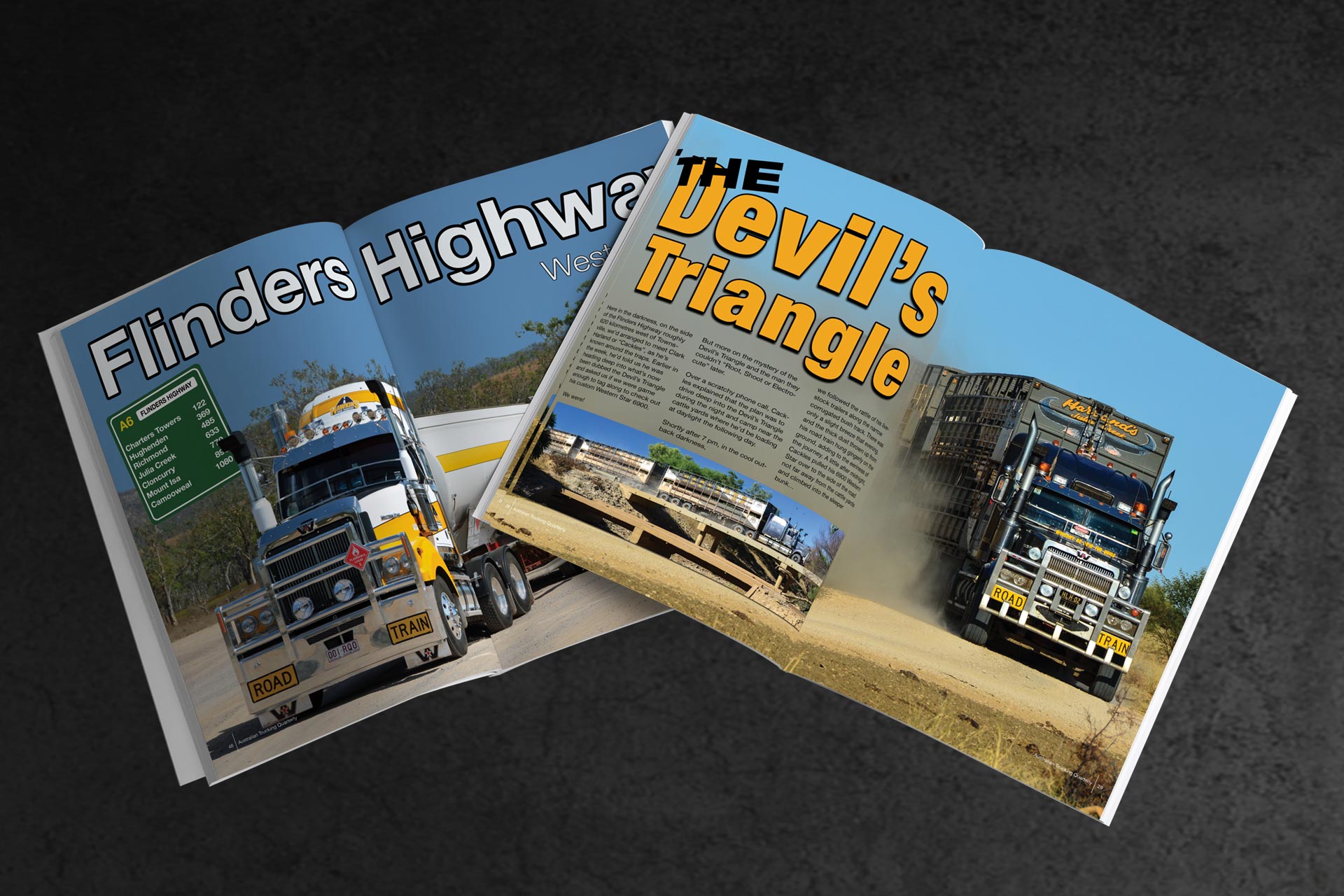 Great Australian Road Trains: Collector’s Edition #1 is a collection of some of the more remarkable road train journeys through the vast outback of Australia. This photo book is set out in a large colourful easy to read magazine-style layout. Each story includes a specification table of the featured truck with a description of the running gear woven into the story.

The story begins in the north of Western Australia, where Iron Ore mining is the backbone of the region’s economy. Then, we visit one innovative Port Hedland transport company trailing Scania’s new 730HP twin steer prime movers in its Quad road train operation to gain the upper hand. 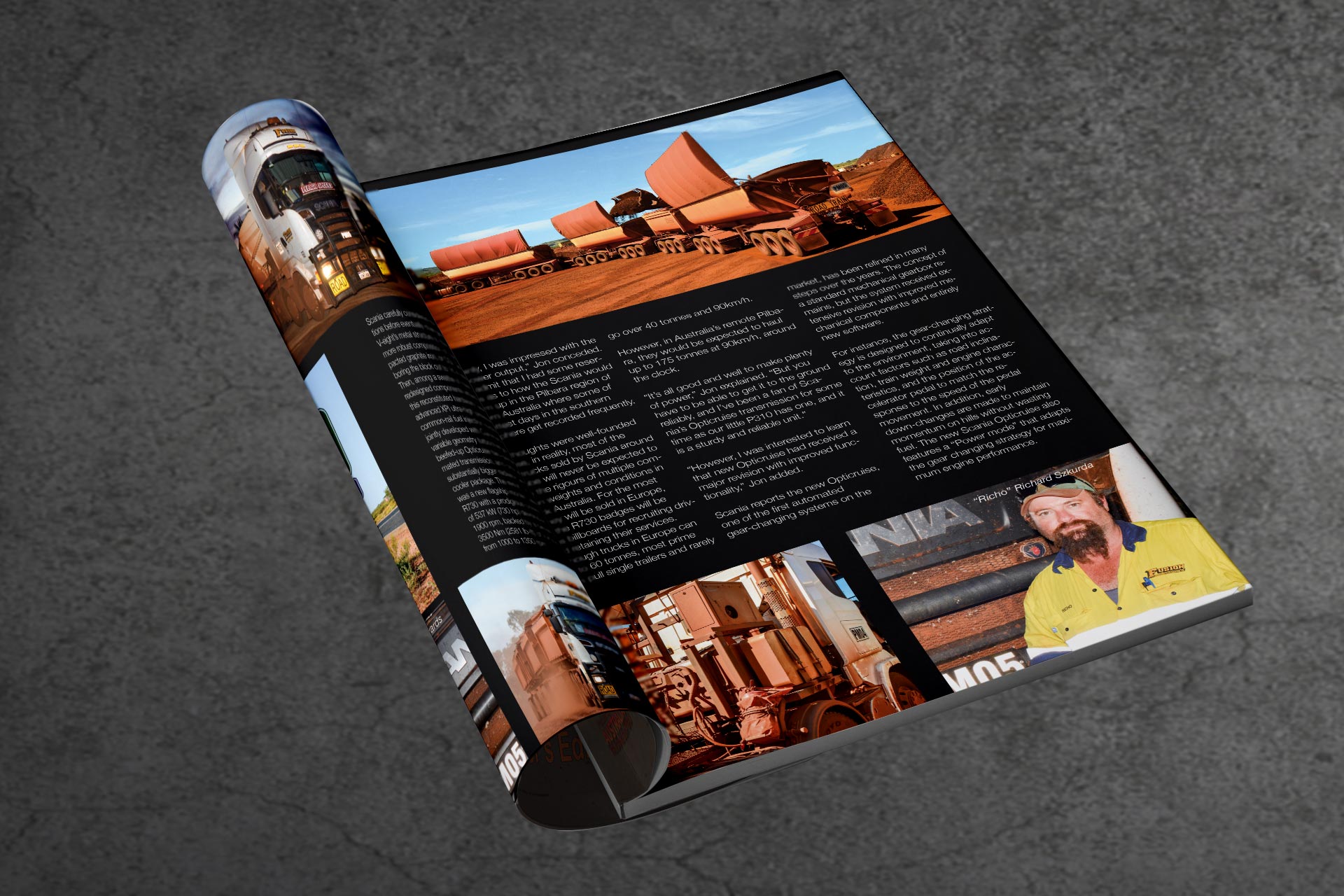 The journey continues as the crew head over to the east coast to join a Kenworth T650 delivering much-needed supplies to the remote Gulf inhabitants and mining communities. It’s an 800 odd kilometre run up the notorious long dusty corrugated Peninsula Development Road to Weipa in the far north Queensland.

After the run to Weipa, the plan was to hitch a ride in a new Detroit powered Western Star 4900. The journey starts in Townsville and traverses west to deliver vital fuel to mining communities dotted around western Queensland on the long straight road along the Flinders Highway.

Then in the darkness, on the side of the Flinders Highway roughly 620 kilometres west of Townsville, we’d arranged to meet Clark Harland or “Cackles”, as he’s known around the traps. Earlier in the week, he’d told us he was heading deep into what’s folks now call the Devil’s Triangle and asked us if we were game enough to tag along to check out his custom Western Star 6900.

Further west in the mining town of Cloncurry, where mining company executives have little time for the finer details of truck and trailer specifications and even less for manufacturers marketing garrulity. Except, that is when a new lightweight trailer combination promises to deliver a 10 per cent payload increase.

Then the Fifty kilometres off the Australian mainland, in the Gulf of Carpentaria, roughly an hour and a half flight east of Darwin, at Groote Eylandt’s, we take a run in some Mack Titans hauling 160-tonne loads manganese in the shortest gazetted highway in Australia.

Not far past the Burke and Wills roadhouse, the only modern oasis that sells the essentials such as fuel, food and beer for almost 200 kilometres in any direction, the road deteriorates rapidly heading north. It’s aptly named the Burke Development Road and, according to locals, has been under development for the best part of the last century. It’s also the quickest way to Normanton, where we meet some seriously heavy-duty Kenworth C509 heading out on large cattle lift.

As we found out, the roads in far northwest Queensland are arguably some of the toughest in the world, and that’s because they’re damn rough with deep river crossings often inhabited by dangerous crocodiles that lurk near the banks. Yet, for Hintz Livestock Transport and their 6900 Western Star, it’s a challenge they face day in day out, especially on this run to Riverview Station.

Then we head further south into northwest NSW to check out a large scale cropping operation, where a fleet of Kenworth road trains hauls the harvested grain. 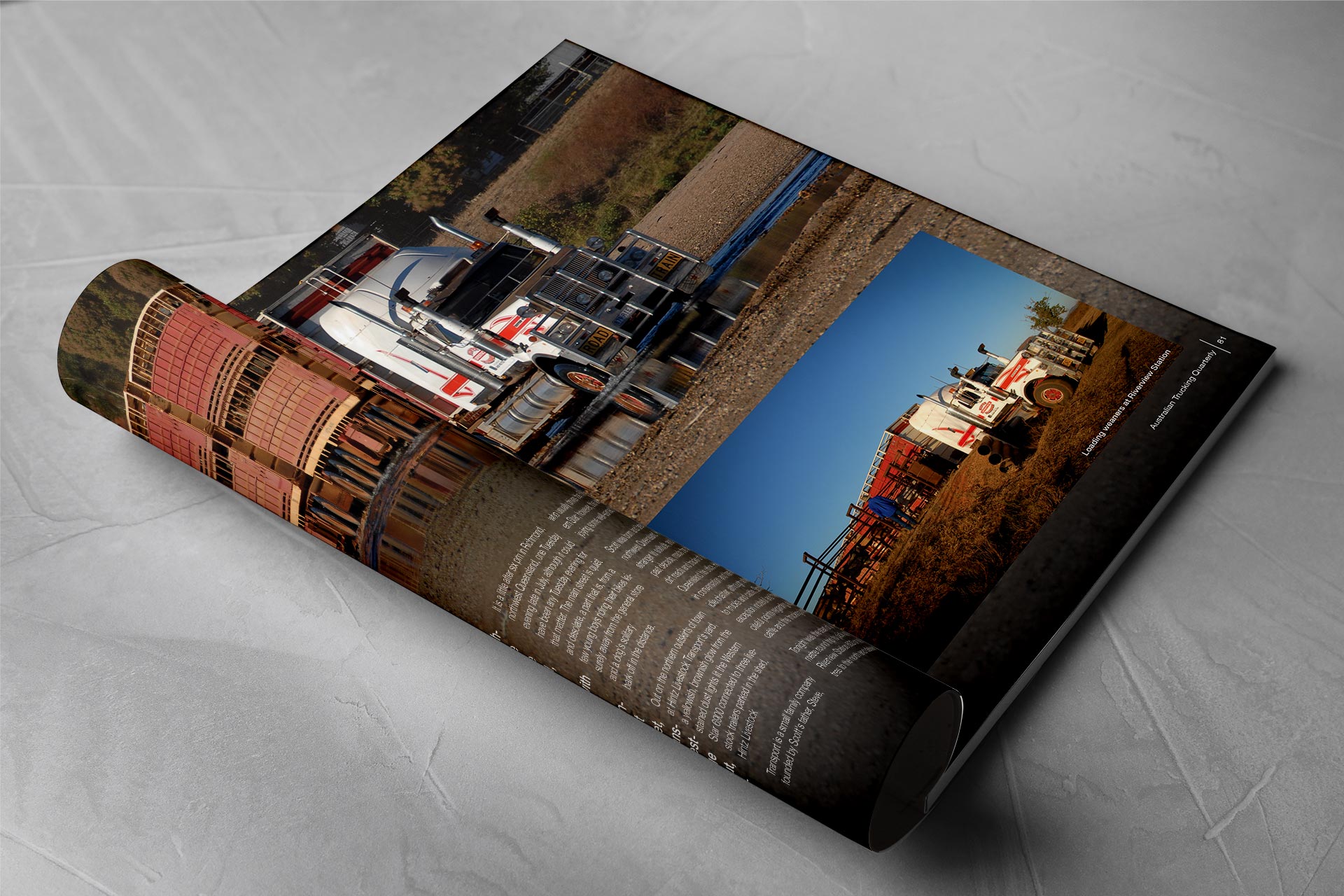 Finally, it’s back over the Pilbara on the west coast. For a run in a 2005 Mack Titan. Back in the day, it was one of the giant brutes in the road train market. Specified with a CAT C16, triple countershaft Mack 18-speed and big RT52-185G Meritor axles. It was built for hard work. 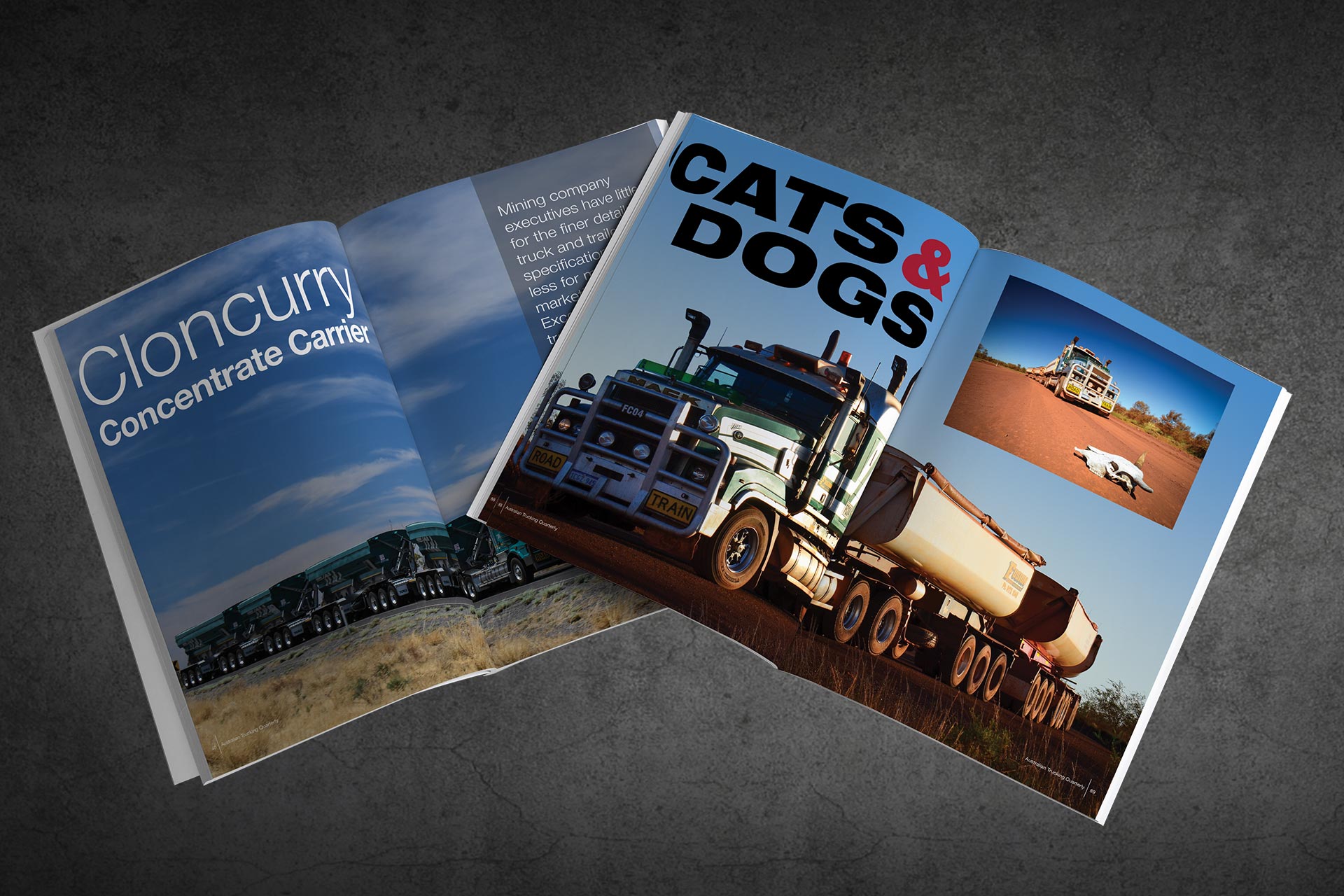