The addition of a second Actros to deliver massive tyres from Port Botany to the mines in the Hunter Valley will double D and K Scott Transport customer service to the area. 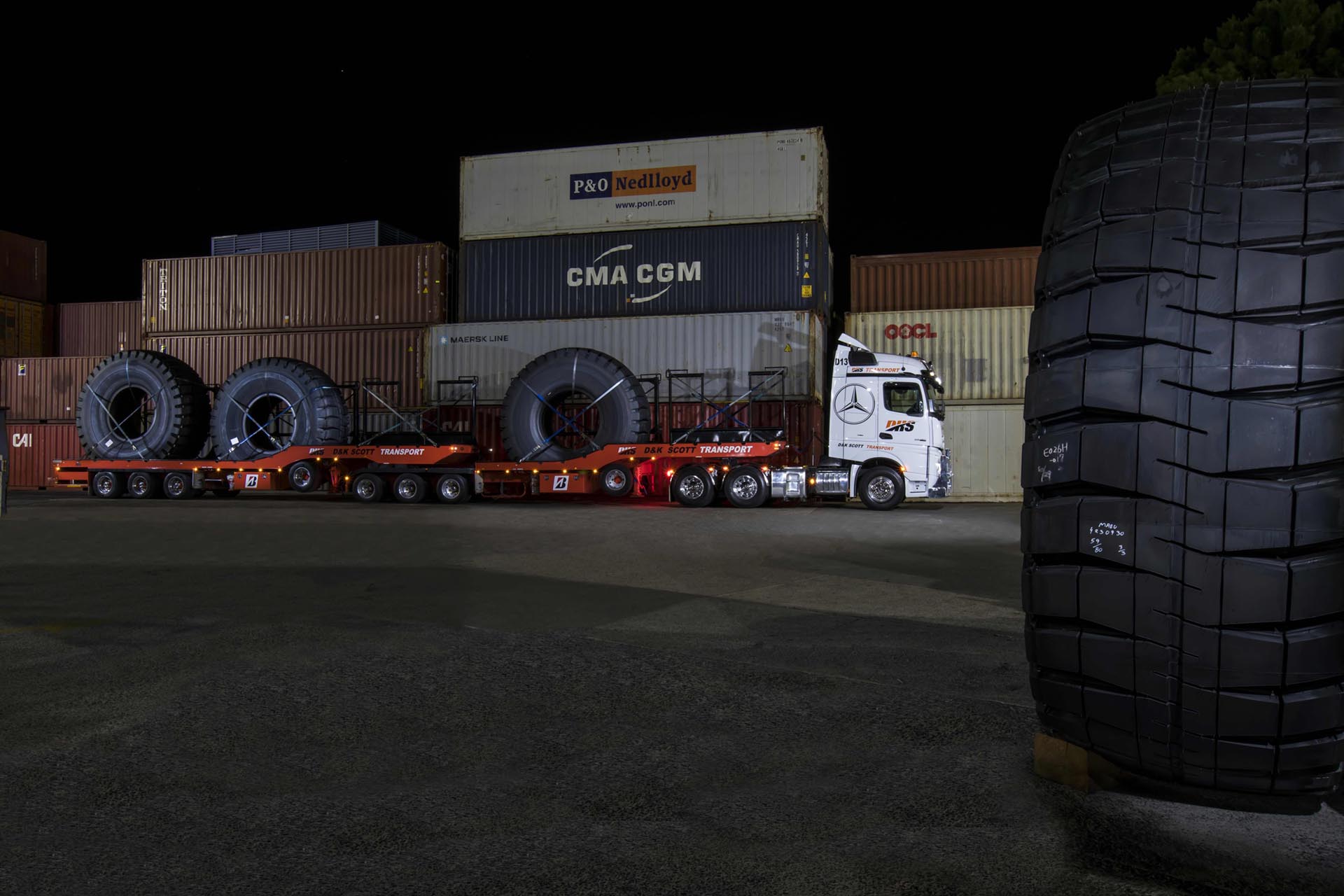 The company uses custom-made trailers designed to carry tyres that measure up to 4.2 metres tall and 2 metres wide.

The special tyres, mostly for off-road mining equipment, feature GPS sensors that monitor exactly how many kilometres they cover.

D and K Scott Transport Managing Director, Darren Scott, was pleased with how his 13-litre 2653 Actros was performing and decided it was to add another truck.

After sitting down with salesman Tim Blackstock at Daimler Trucks Huntingwood, Mr Scott decided to select a new generation Actros fitted 16-litre engine as well as the optional MirrorCam system, which replaces side mirrors with small cameras.

MirrorCam has been designed to improve vision by removing the blindspot in the driver’s view caused by a traditional mirror. It can also reduce noise and improve aerodynamic efficiency.

Mr Scott was impressed by the technology that comes standard with Actros including a radar system, which can automatically brake in an emergency, and even detect and fully brake for pedestrians, as well as lane departure warning and adaptive cruise control.

“We are going out to the mines, where safety is paramount, so it is especially important that we have the safest equipment available,” Mr Scott says.

“Systems like the Autonomous Emergency Braking are very important and the additional visibility provided by the MirrorCam system is also of great value.”

Mr Scott adds that his company is committed to using the best gear available.

“We want to be at the front of the pack when it comes to technology,” he says. 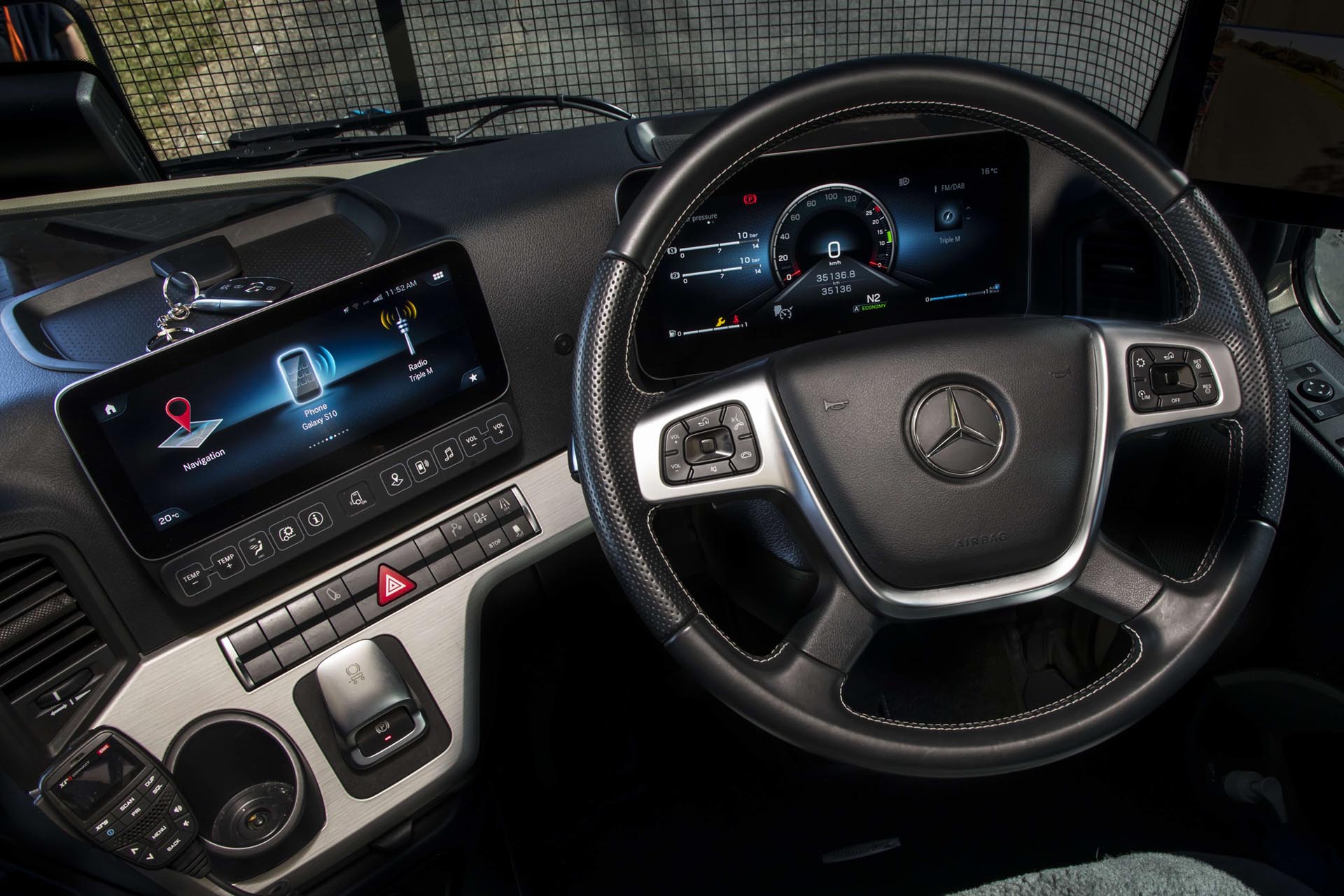 The new Actros also features the Multimedia Cockpit as standard, made up of two new high-resolution tablet-style display screens on the dashboard, replacing the centre screen and speedo and tacho cluster.

The new Actros also uses the fuel-saving Predictive Powertrain Control system, which would have been the stuff of science fiction a few decades back.

It uses topographical data and GPS to help the transmission pick the right gear for the terrain.

The 580hp 16-litre six-cylinder engine, which features variable high-pressure injection, an asymmetrical turbo and turbo compounding and is linked to a 12-speed automated manual transmission.

It’s all very quiet too, something that driver Diego Manzo appreciates when he is on the road, especially when making phone calls.

“It is just like having a hands-free phone conversion in a car; it is that clear,” Mr Manzo says. 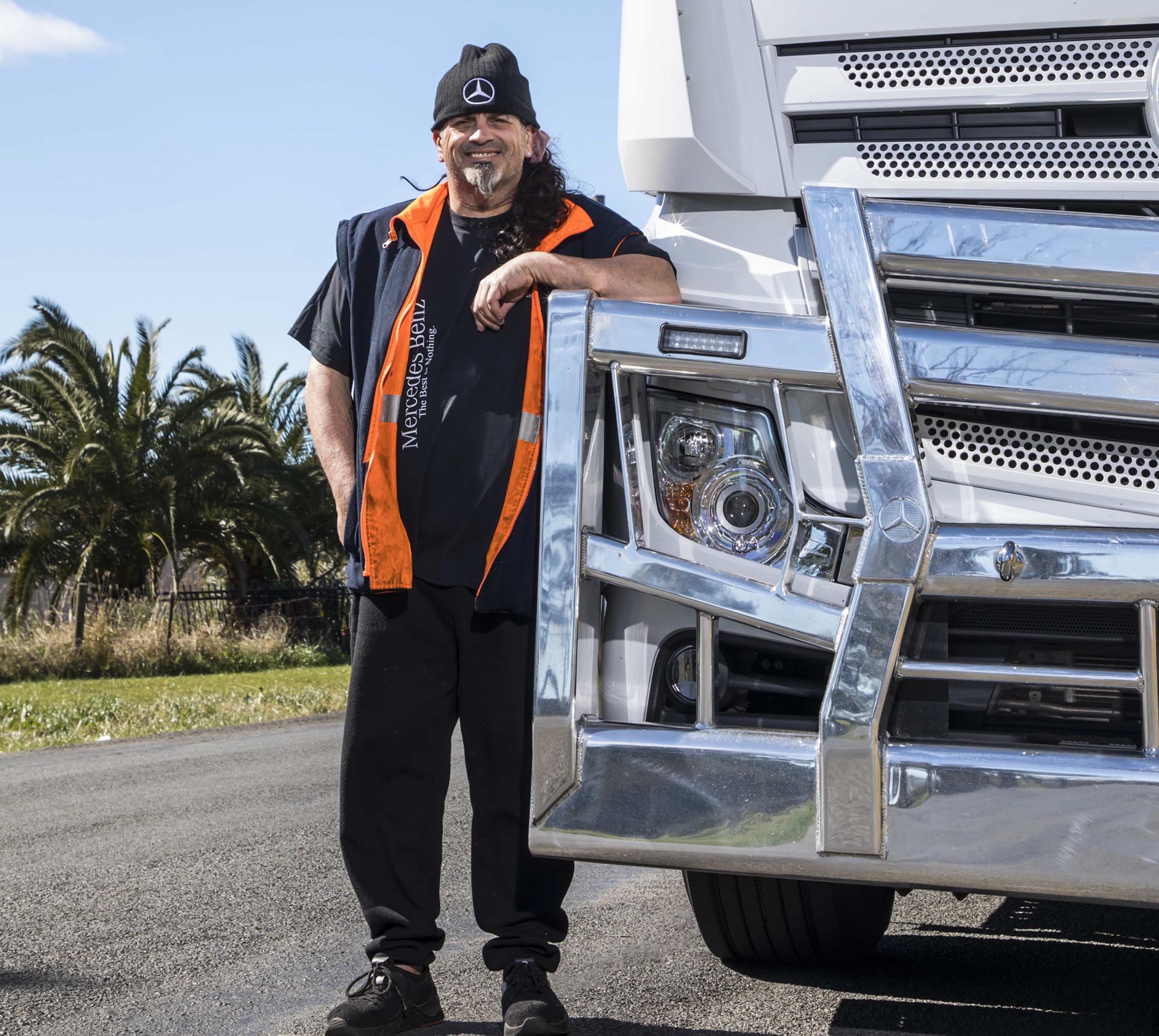 As for the optional MirrorCam system, Mr Manzo is a big fan.

Mr Mazo appreciated the new touchscreen controls, the automated transmission and the comfortable ride of the Actros, which runs at around 60 tonnes all up.

“It’s so comfortable that I don’t get tired after driving it,” he says.

“The truck does a lot of the work itself.”

As for the optional MirrorCam system, Mr Manzo is a big fan.

“I have been driving a B-Double driver since the 1990s when you turn them when backing you lose sight of the back of the trailer,” he says.

“I get better visibility to the back of the rear trailer with MirrorCam because I always have sight of it when I am backing it in. I reckon this is great,” he says.