The rugged High Country of Victoria is a region where the measure of a workingman and his horse, or machine, is a revered honor, and in some cases etched in a poetic verse as in the tale of Banjo Paterson’s “Man from Snowy River”.  What better place then, to put the new kid in the Kenworth camp through its paces. To see if it would live up to the legendary reputation its forefather the W925SAR earned? 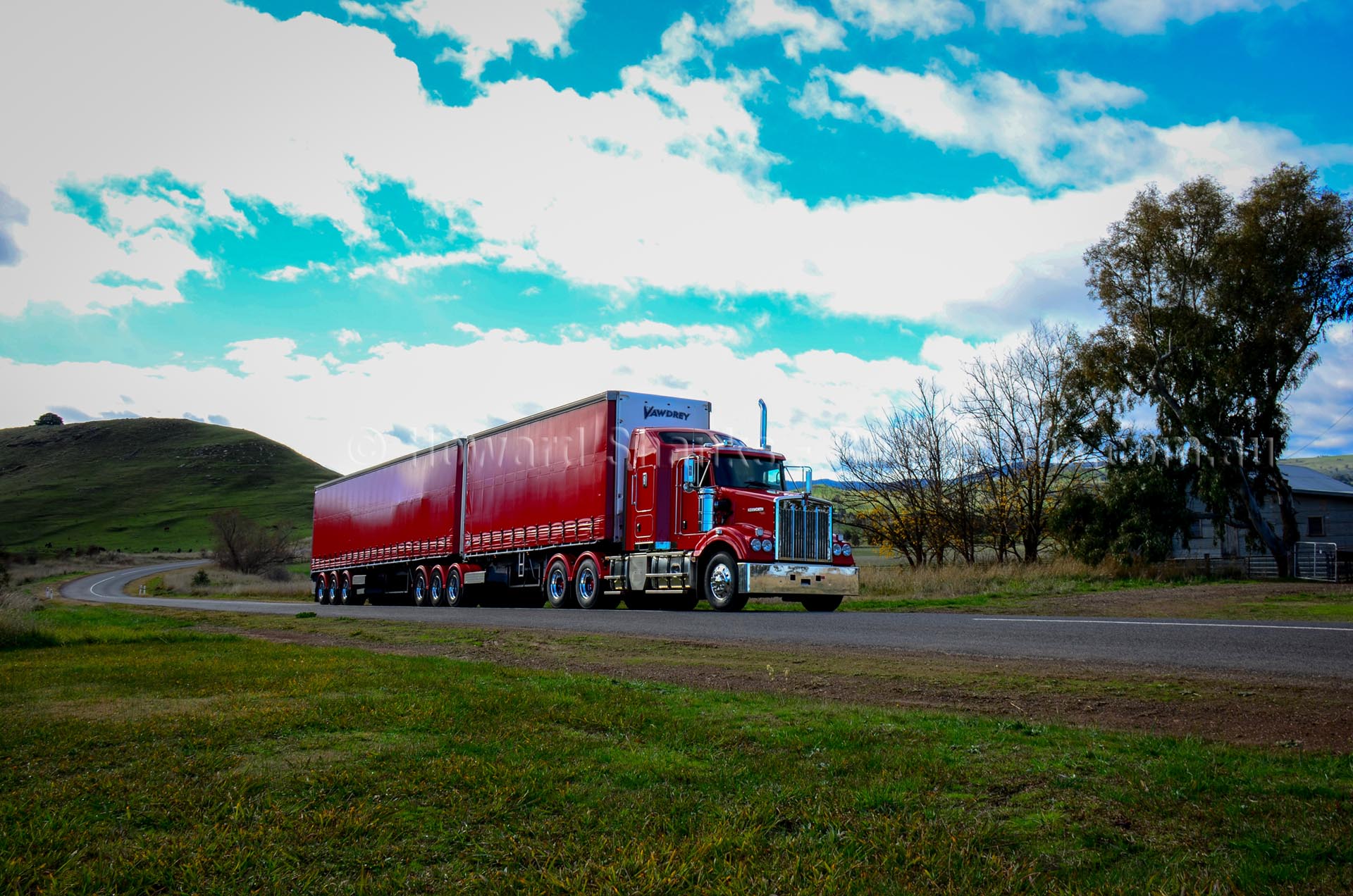 For this run through the picturesque Victorian High Country, I called an old mate, Paul Thomas, who lives in Mansfield, to see if he’d like to be the test pilot. He jumped at the opportunity. Paul’s been around trucks since he was kid and seen his fair share of, trucks and trailers, rough rugged roads and changed a tyre or two when “it’s 110 degrees in the water-bag”.

During the week Paul drives a 2007, 580 Cummins Signature powered International Eagle towing a B-Double carrying locally produced goods to interstate regions in South Australia, New South Wales and Victoria. He then returns with raw materials and groceries for the town and the surrounding areas.

Mansfield was formerly heavily dependent on farming and logging, however in recent times has transformed into a Tourist-Centre. Now it is the support town for the large ski resort of Mount Buller and boating paradise of Lake Eildon. It has a long association with the High Country tradition of alpine cattle grazing, and was really put on the map in the film ‘The Man from Snowy River’, which was made around the town.

A hint of late spring frost lay gingerly on the ground nearby as Paul reversed the T409SAR in under his B-Double trailers early one Sunday morning. Then with a distinct clunk, the jaws of the Jost JSK-37 fifth-wheel closed around the kingpin. Paul ran the tape over the combination before setting off and it measured 25.9 meters, with the turntable set at 50mm positive of the drive-centre. Then he slowly turned the `SAR to check the swing clearance and there was ample room.

With the heater notched up, Paul guided the T409SAR out of the yard and the test run with his fully-loaded B-Double began in earnest. Before he got to the end of the street he glanced at the tacho and said, “God! it pulls well.” 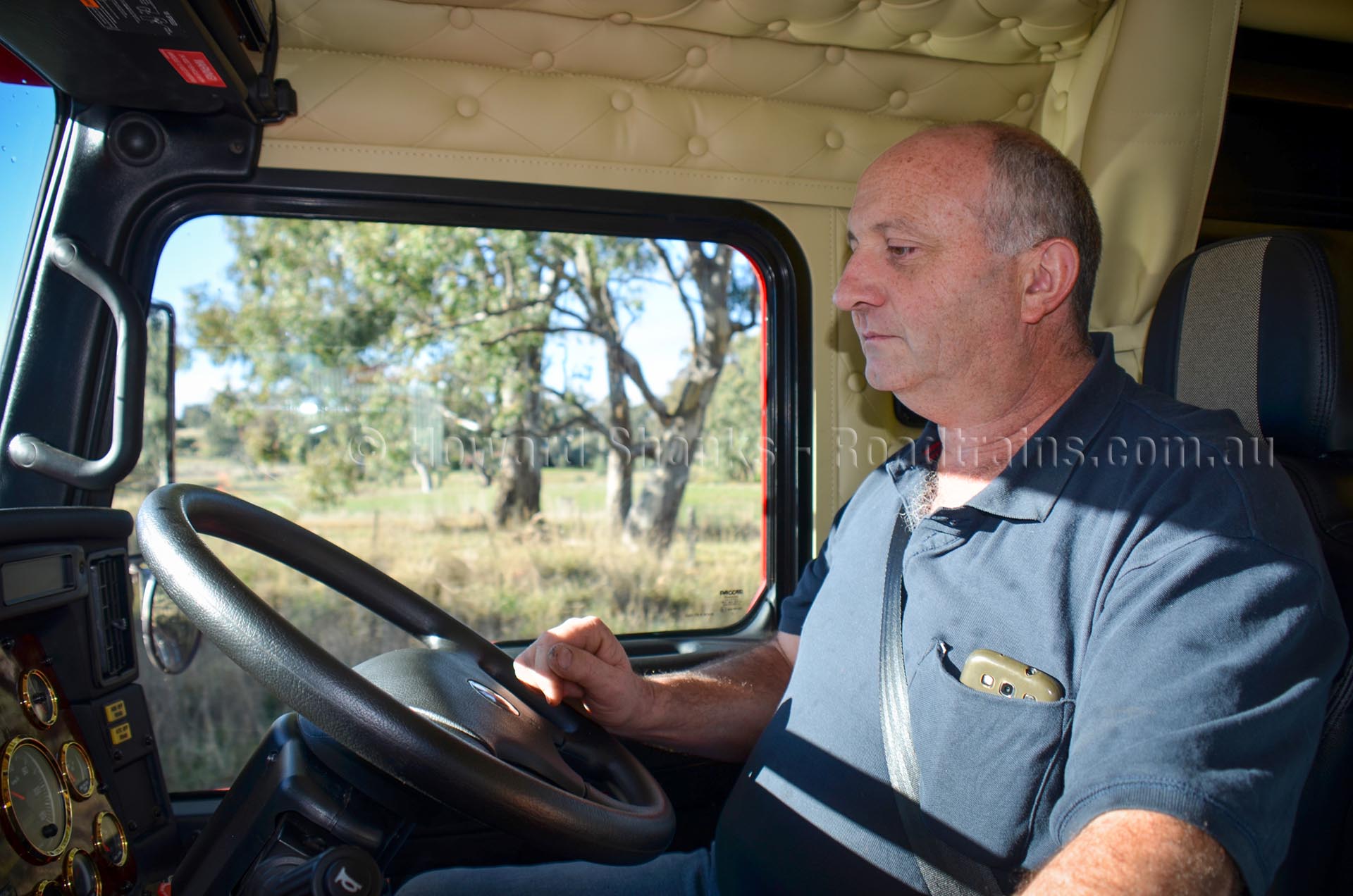 Paul Thomas at the wheel of the Kenworth T409SAR

At first glance this new Kenworth looks like the current T409SAR and essentially it is, except that is, for the PACCAR MX-13 engine under the hood. Back in 2012, PACCAR Australia commenced an extensive field test program slotting its well tested and proven MX-13 engines, currently running in real world applications in DAF vehicles since 2007, into various Kenworth applications. This trial extends to T403, T409 and T409SAR Kenworth models.

The MX-13 engine’s credentials and specifications are ideal for a variety of heavy-duty applications from single trailers, tipper and dog through to B-Doubles.

One of the major validation areas for Kenworth is the move from their traditional 12-volt electrical system to 24-volt system, and the trial is also looking at how the components cope with Australian conditions.

The wide spread use of multi-voltage lights in trailers in recent times have made this transition far easier and more acceptable in the market. 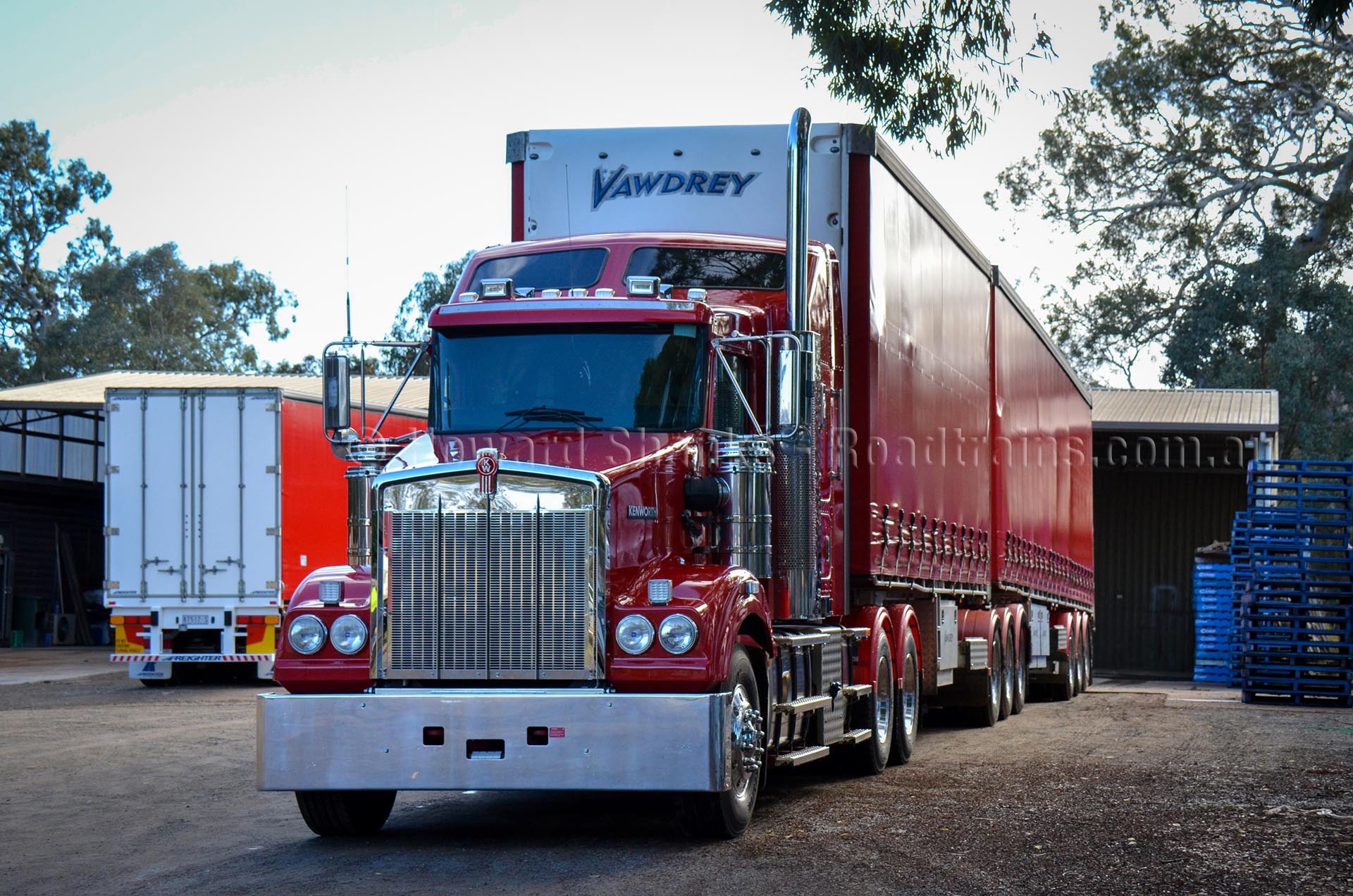 Voice of the Customer

A Kenworth spokesperson said, “The field testing program is delivering the ‘Voice of the Customer’ feedback enabling identified product enhancements to be integrated and tested prior to production release.”

According to the engine brochure the PACCAR MX-13 engine provides the optimal balance of power and fuel economy. The six cylinder in-line turbo charged diesel engine is being trialled with 460hp and 510hp ratings, offering 1,700 and 1,850 lbft of torque respectively, which is available over a wide rpm range from 1000rpm to 1410rpm. 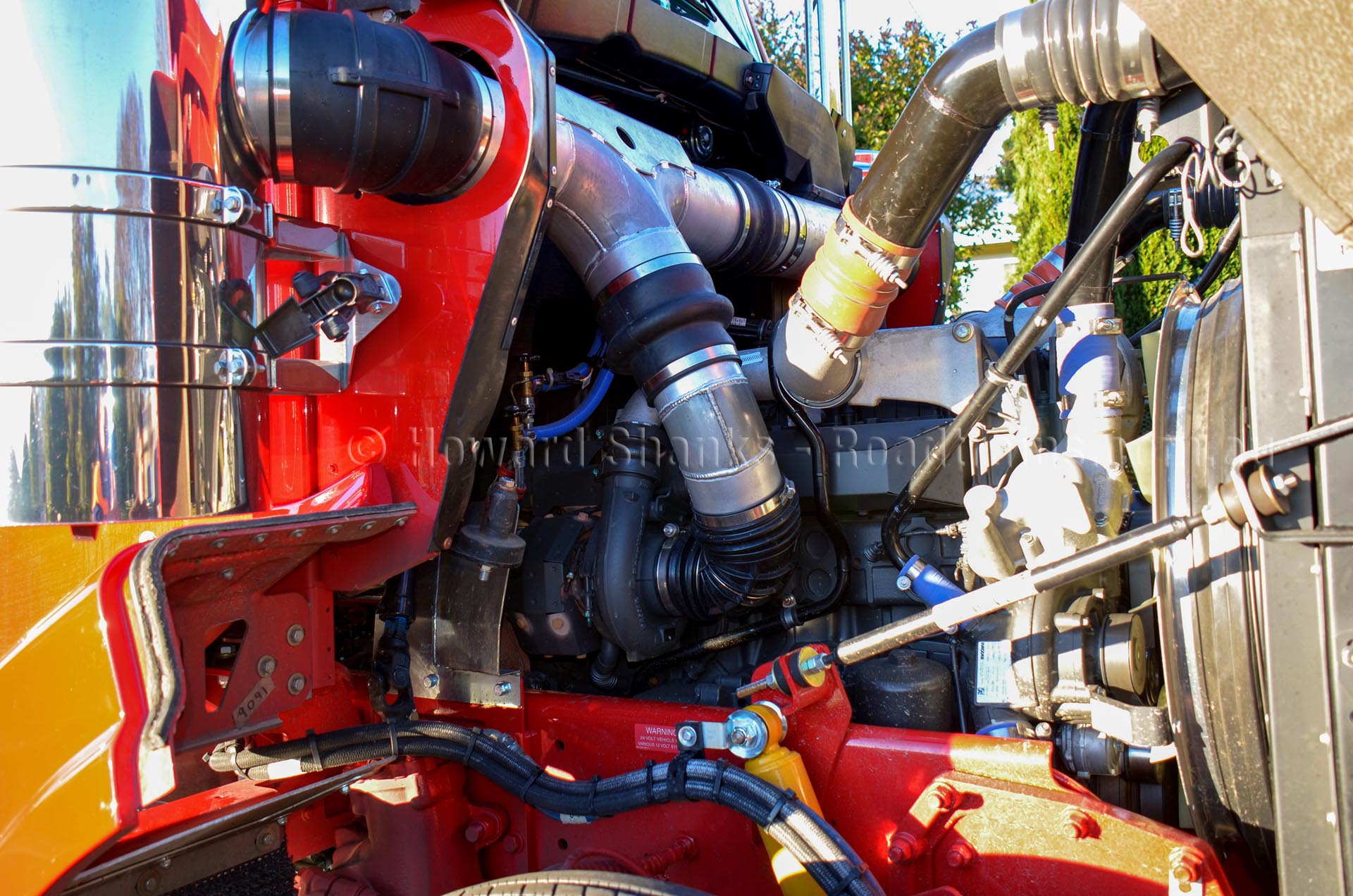 The PACCAR MX-13 fits nicely in the Kenworth T409SAR

DAF customers confirm that the MX-13 engine in both the 460hp and 510hp rating delivers exceptional fuel economy with engine oil drain intervals out to 50,000 kilometres.

On the safety front this T409SAR was fitted with Kenworth Electronic Brake Safety Systems (EBSS) that is based on the internationally renowned Bendix ABS-6 Advanced system. This system has been extensively tested by Kenworth and customised to suit Australia’s unique road conditions and applications. 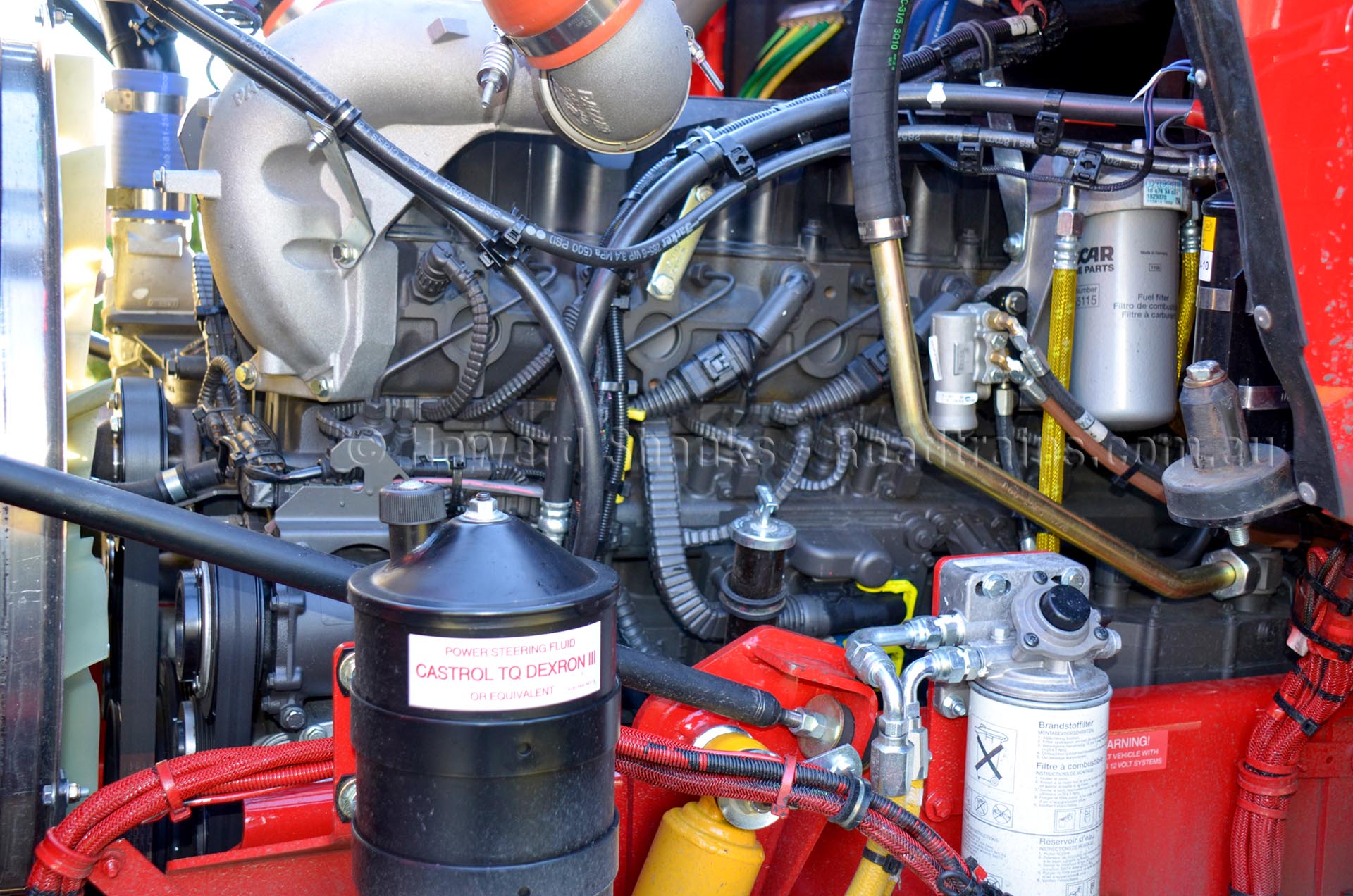 Daily checks are easliy performed on the Kenworth T409SAR

Half an hour or so after leaving the yard, Paul decided to take the T409SAR up some steep pinches to the north east of town to really put the MX-13’s broad torque band to test. “You’ll get some nice pictures of Mt Buller in the background out there,” he added.

The MX-13 is very quiet engine, with very little engine noise inside the cabin, which mean changing gears requires a quick glance at the rev-counter.

“There is certainly no changing gears by sound,” Paul remarked as the T409SAR began its assent up the steep incline. “I’d have already dropped half a gear in my Eagle at least three hundred meters back, yet this MX engine is still hanging on,” he added.

The MX-13 was sitting on 1150 rpm when it crested the long pull a whole gear higher than Paul’s Eagle, testament that Kenworth engineers gamble to run the taller 4.10 final drive ratio for optimum fuel economy haven’t affected the truck’s gradability. There were several more long pulls on the route and the MX-13 repeated its performance as it crested each climb a full gear higher than his Eagle. 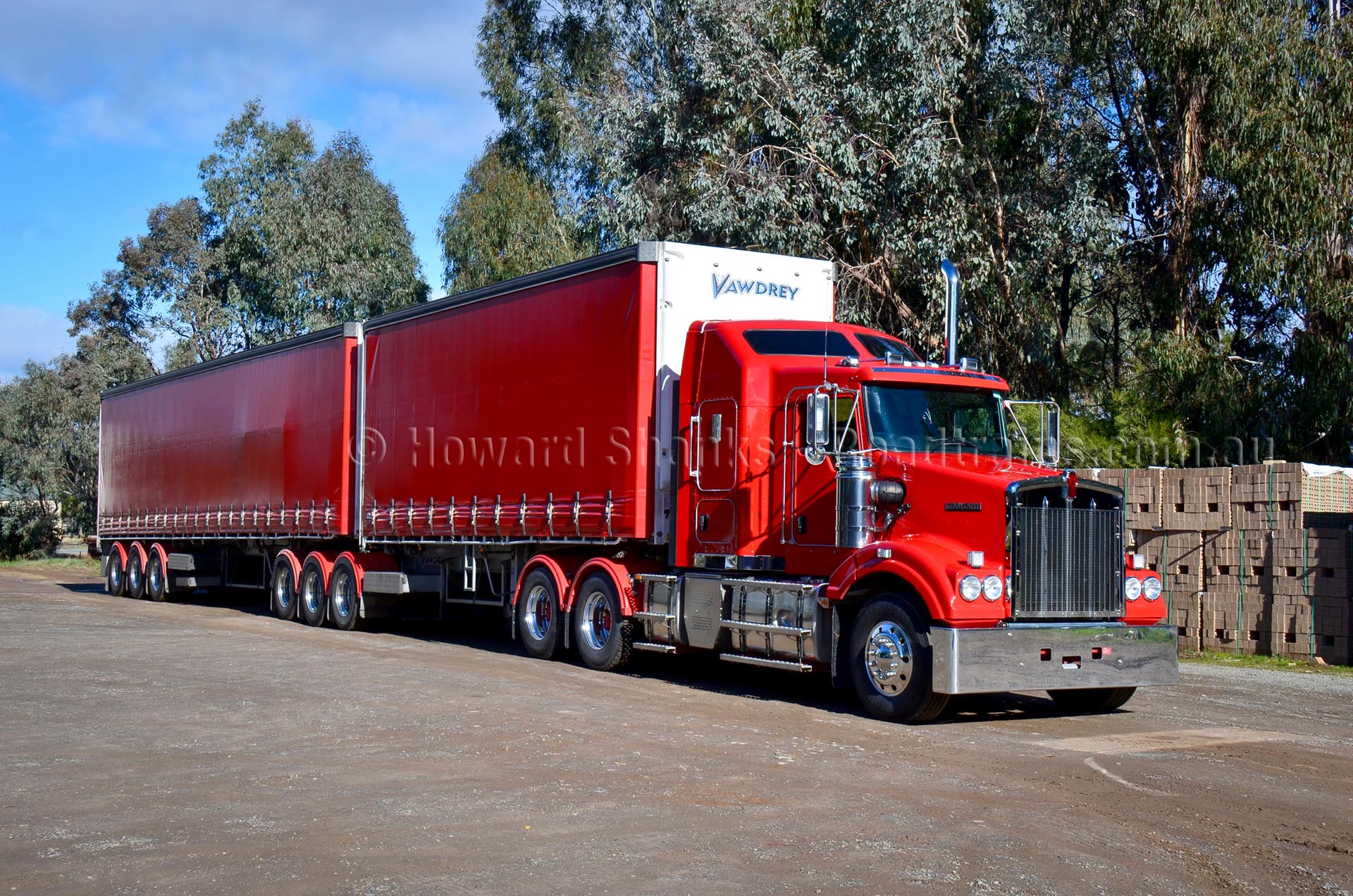 The Kenworth T409SAR in the the MBAT yard

“There is no question these Kenworth’s are a well put together truck,” Paul volunteered. “They are just finished off so much better than anything else on the market. Mechanically Kenworth have thought of everything from the remote mounted diff and transmission breathers to the extended grease lines to the clutch linkage. There is no comparison to those Iveco’s we’ve got, they were cheap and they’re always breaking down and going back to dealership for repairs,” Paul said.

“So you can understand my skepticism towards a European powered truck after that experience,” he added. 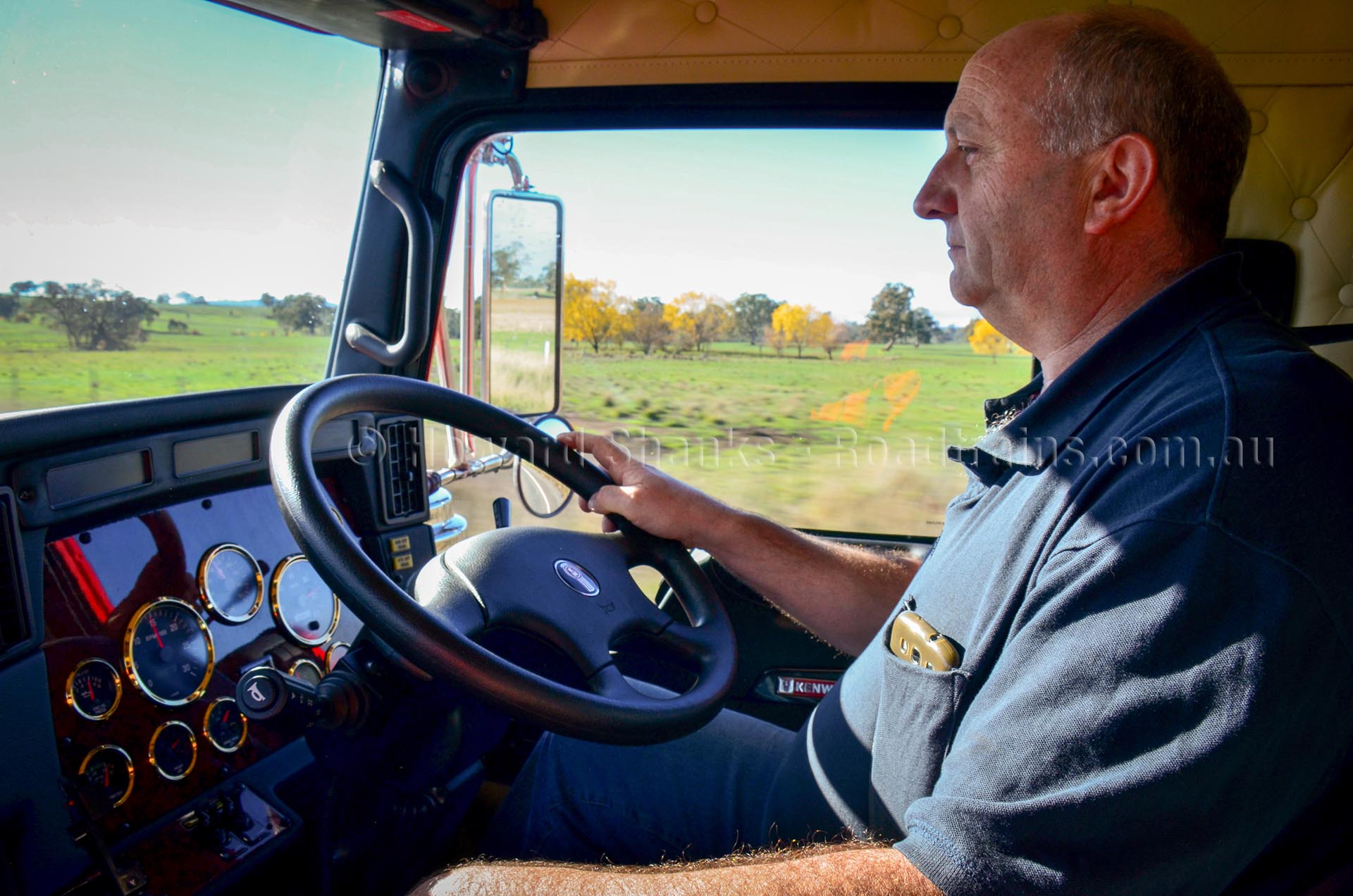 “Even the interior of the Kenworth is well laid out,” Paul smiled. “The wood-grain dash and gold bezel gauges really give the cabin a touch of class that make you want to come to work and you can see why Kenworth drivers really are proud of their trucks.”

“The visibility and road manners of this truck are exceptional,” Paul revealed. “These narrow roads around here are not the best, yet there is no wandering when the steer wheels drop into the dips in the edge of the bitumen once you have to move way off to the left when there is another vehicle approaching. The ride and feel is really great. I could sure get use to this,” Paul added.

“The power’s there, the torque’s there, the speed’s there. And it’s nice and quiet,” Paul concluded. “It’s a real thoroughbred and I think it’s time we get one.” 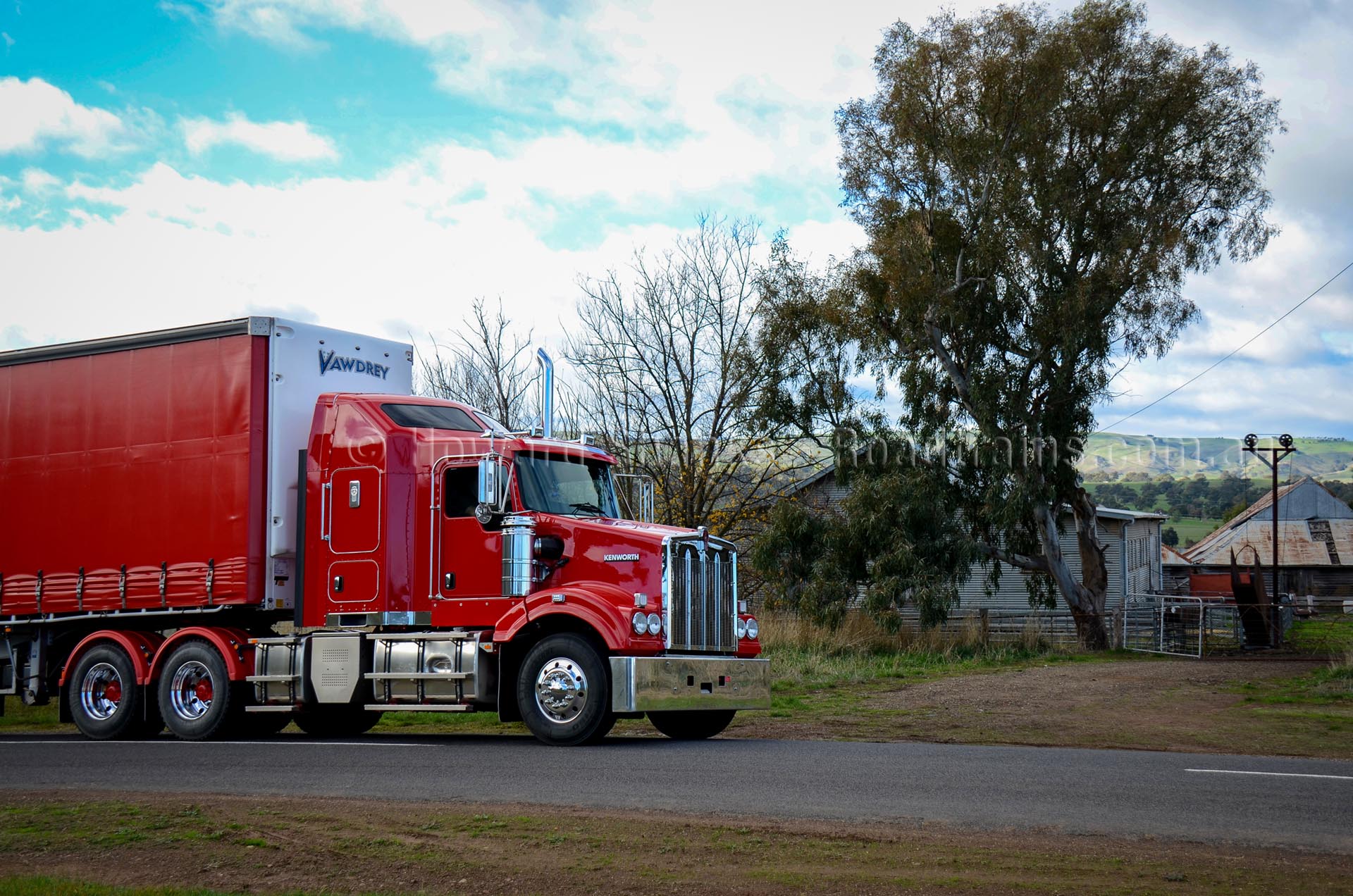