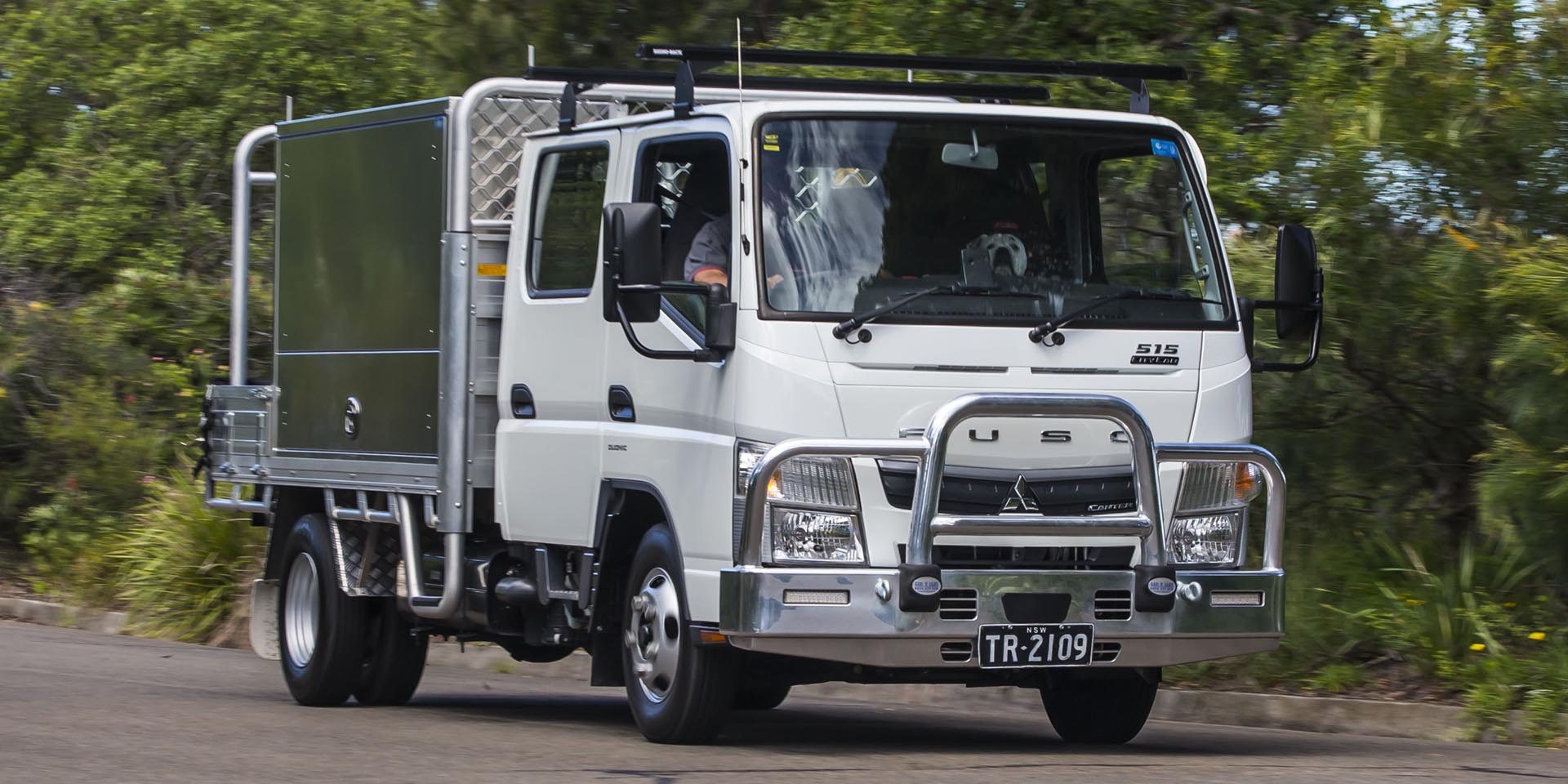 Sydney builder Anthony Robson believes all trucks should have technology that enables them to automatically brake in an emergency. 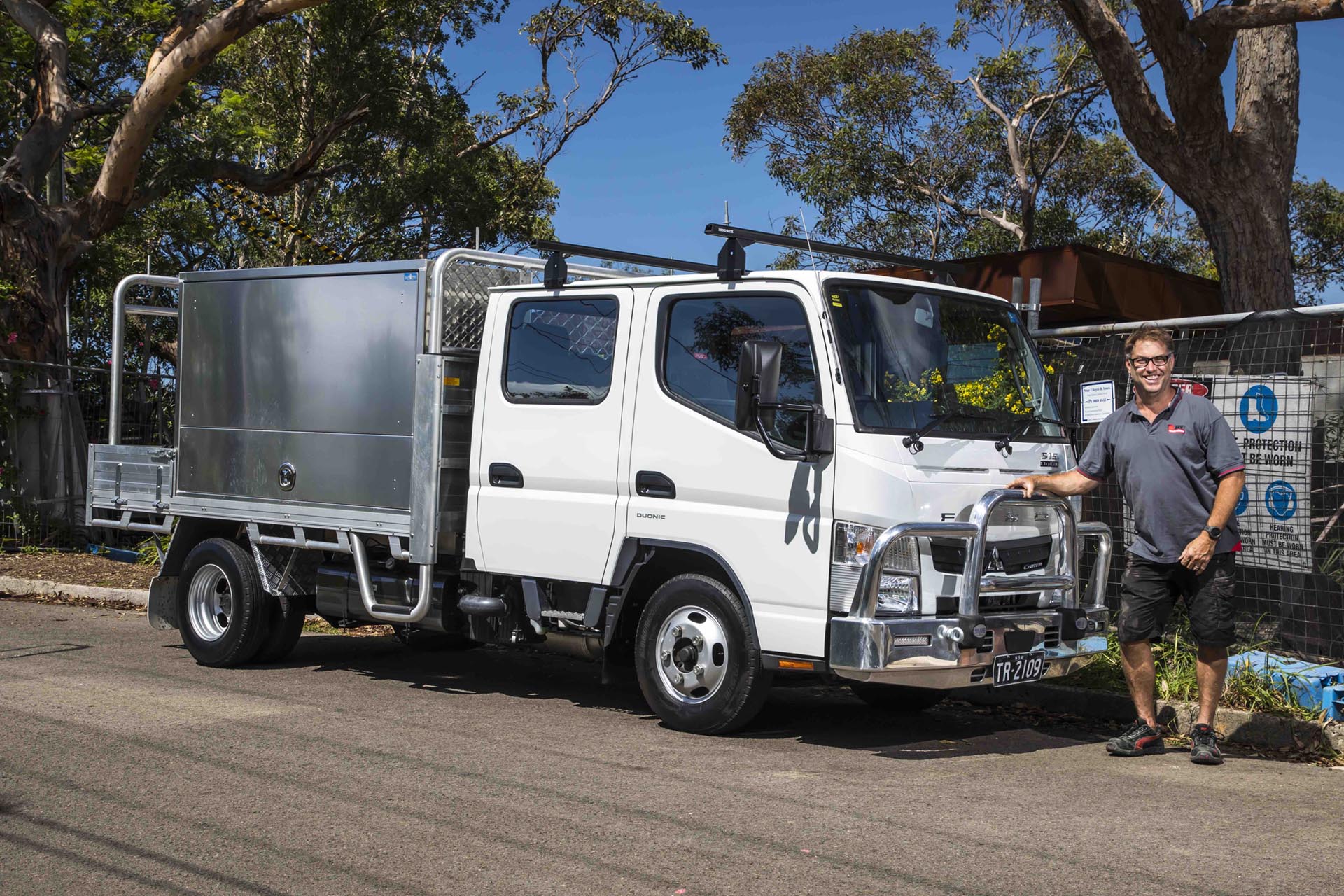 The owner of AKR Constructions recently bought a Fuso Canter, which is the only light truck in Australia equipped with Advanced Emergency Braking.

All Canters, except for the off-road 4×4 model, are fitted with the potentially life-saving technology as standard as part of its Safety Pack, which also includes Electronic Stability Control and Lane Departure Warning.

“I’m really glad that my truck has AEB and I reckon they should all have it,” Mr Robson says.

Mr Robson is especially interested in AEB, which uses a radar mounted in the front bumper along with a camera mounted on the dashboard, given he chose a crew cab in order to get out on the road with his wife, two kids and their Australian Bulldog.

“I chose the Canter with a crew cab because I needed a decent sized tray as well as additional space for the family at weekends,” he says.

“It does the job well at work and then you can head off on holidays with room for everyone and all their stuff without having to tow a trailer,” Mr Robson adds.

Mr Robson considers himself an attentive driver and hopes he doesn’t need AEB to kick in and brake the truck if he fails to notice an impending collision.

“It is just nice to have that technology there in case something unexpected does happen,” he says.

Mr Robson had considered a van-based cab chassis with a tray, but said it was a more expensive option than the Canter and would have also required upgraded suspension. The Canter also has a class-leading tare weight, which allows for more payload.

“Being a truck, the Canter is easily able to handle my requirements,” he says.

One of the features that attracted Mr Robson to the 515 Canter was the lengthy manufacturer’s warranty, which covers his model for five years or 200,000km, whichever comes first.

Mr Robson also chose the Fuso agility finance option, which gives him a guaranteed buy back price at the end of the agreed term. He can then choose to trade in the truck and use the positive equity on his next Fuso, pay it out and keep the truck or hand it back. Terms and conditions apply. 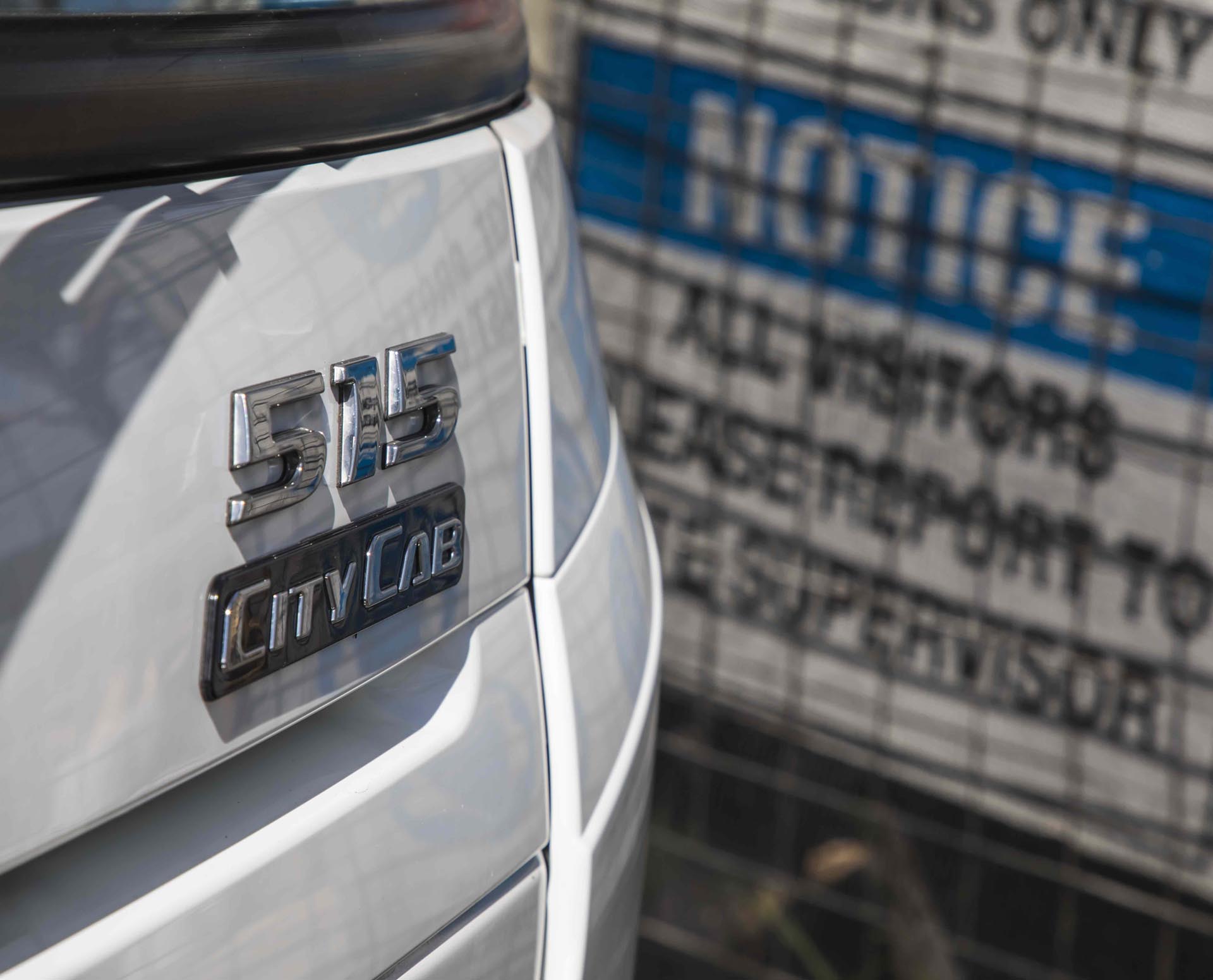